Since I last wrote here, many things have been going on in the Québec far-right spheres and I wanted to update you about them.

La Meute and Storm Alliance had their Québec City protest on November 25 and some of their more intense friends also showed up, mostly to taunt the counter-protesters and to show their banner-making skills. Atalante (a neo-Nazi group started in Québec city by the “Stomper” crew, a group of nazi musicians) made the news by appearing on top of a citadel wall with their signature banner, this one reading ‘’Le Québec aux Québecois,” (Québec to Quebecers). Québec City has never been known for its progressivism or its nice police force and November 25 wasn’t an exception to that rule. Police cornered counter-protesters and arrested some people ‘’preventively’’ for looking like leftists and walking in the neighborhood. They had no problem allowing actual boneheads like Alatante and the Soldiers of Odin to walk the streets freely with their flags and gear, though. It’s also very interesting to see groups like SA and La Meute pretend they have nothing to do with the less palatable groups, when they always end up marching together seemingly for the same cause. 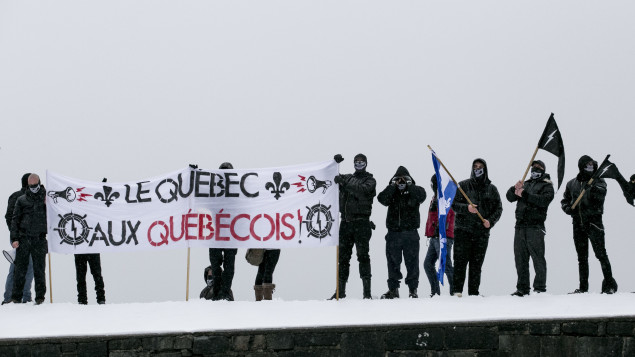 Speaking of The Cause, the far-right was quick to mobilize again in December when they heard on the TVA TV network that a mosque in Montréal had asked a nearby construction crew to remove women employees from the site during prayer time. This was quickly investigated by the unions, other journalists, and the mosque itself and proven wrong (the person who called TVA was close to the far-right on social media and was very happy to pose with the TV trucks for his Facebook profile, but maybe that’s just a coincidence). The network retracted their comments and the controversy should have ended there. But, of course, since all news are fake news to the far-right, except when the news are actually proven to be false (in that case, it MUST be true, right?) different people from La Meute and Storm Alliance were ready to ‘’defend our women’’ and protect them from the dangers of Islamization. After all, it is what they’ve been preparing for all these years. Only a dozen or so people showed up (the groups’ leaders having told them that they were going to look too racist if they went) and that died out as quickly as it appeared. La Meute promised to investigate, saying they had their best people on the case, implying that it was all a false flag to make them look bad (?), but nothing was made public.

Then, the end of 2017 saw internal disputes between group members. Some women in La Meute accused one of their leader. Éric Proulx, of being sexually and emotionally abusive, and of using his position of have sex with Meute women. At first, the Meute defended him, but they were quick to dismiss him once it gained traction. The main leader, Sylvain “Maïkan” Brouillette, stepped down for a couple of weeks but was quick to come back to the group. 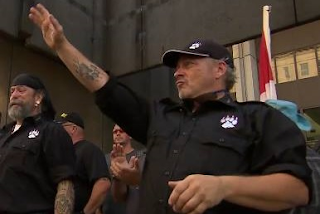 The last days of 2017 and the beginning of 2018 were not kinder to SA’s Dave Treg. At the end of December, he shared on Facebook a video of an armed American man talking about defending the borders against the ‘’illegals’’ brought in by Trudeau, and implying that the same kind of ‘’resistance’’ was coming to Canada. He had recently shared a video of himself shooting a gun and all of that combined wasn’t good for their pacifist image. Even worse, was the accusations of sexual harassment that were made against him in January. A Meute member accused him of trying to get sexual favors in exchange for help with activism. What was interesting was that it was propagated on Twitter by another Meute member, seemingly to hurt Treg’s reputation. Treg deleted all his profiles and disappeared from online for a couple of weeks, only to come back for the Ottawa ‘’hijab hoax’’ protest. And then he left again, saying that he had misjudged his ‘’enemies’’ (meaning other far-right groups?) and that he was done with activism. We’ll see how long that lasts. 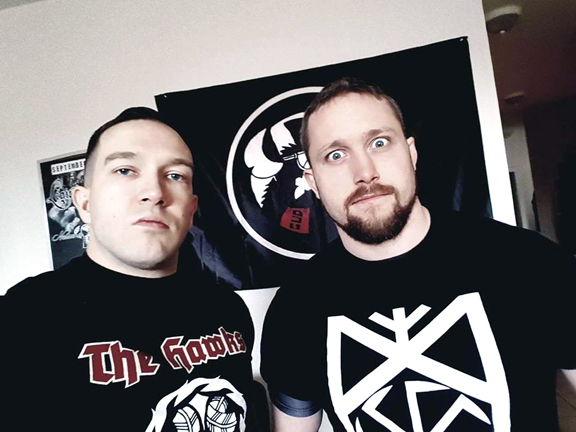 Atalante also started a Montreal chapter, spearheaded by Shawn MacDonald, famous for being at the Charlotteville march last year. They showed even more of their banners in a flashy overnight stunt where they plastered walls all around the city with propaganda accusing some bloggers, TV personalities and activists of being either traitors (if they were white) or parasites (if they were not). 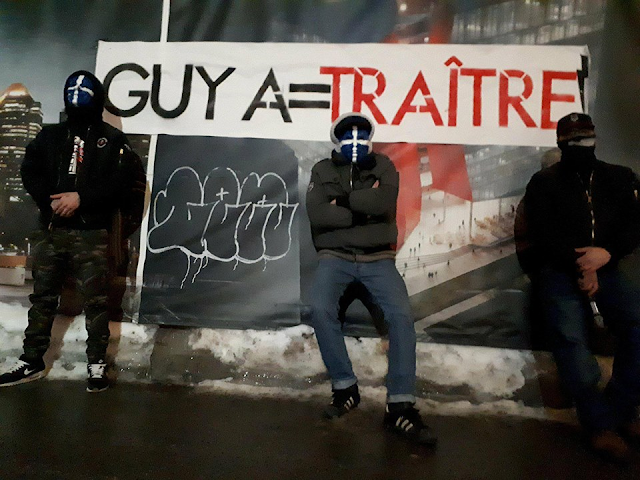