American III%er Calling For Coup in Canada and Murder of Prime Minister; His Views Promoted By Vancouver Alt-Right Supporter 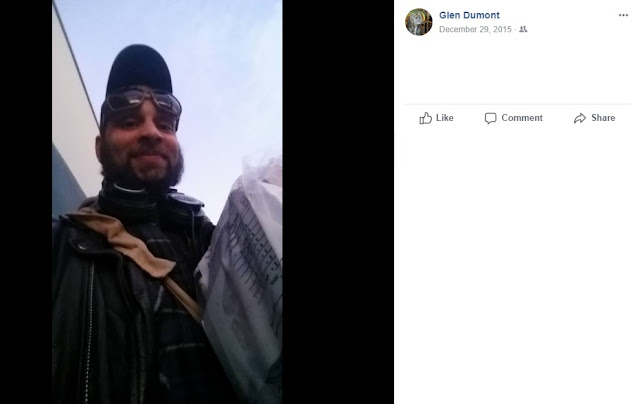 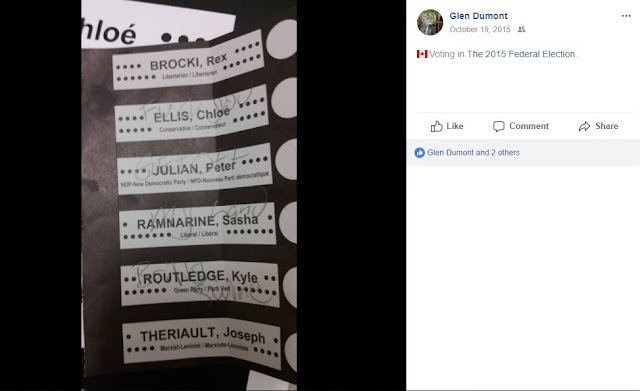 He can be found walking around downtown Vancouver, sometimes attending anti-government rallies in support of those causes or at events he opposes generally being mildly annoying. In almost all of these cases he will provide a Live Feed of his antics: 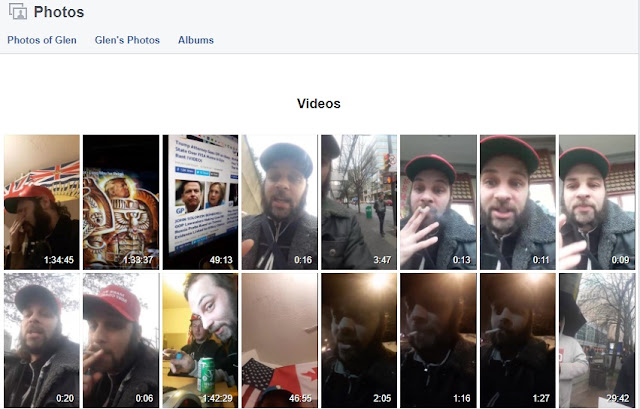 It also appears the man is frequently higher than a kite, and while that is neither here nor there I've a feeling that even Tommy Chong would ask him to consider laying off for a couple of hours.

His most recent video involves him and a friend walking into a bar and asking to speak to "antifa," assuming that a thoroughly confused hipster-looking dude is "antifa" while being asked to leave the property.

Dumont also posts as "Jim Whozinga" which is a moniker suggested in a video by Trev England as a means of communicating information that they wouldn't like being connected to a real person. England has been profiled here on the blog having advocated for the murder of the Prime Minister, assaulting Muslim-Canadians, and burning down mosques.

I'll admit that I never paid a lot of attention to Dumont; his behavior was more ridiculous than of any worry to me. However when I see images such as this, I start to dig a little more deeply: 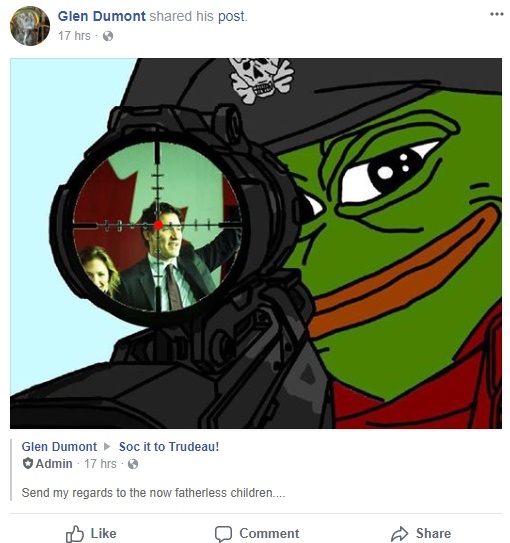 The same image was also shared in the Facebook group created by long-time neo-Nazi Kevin "No Show" Goudreau: 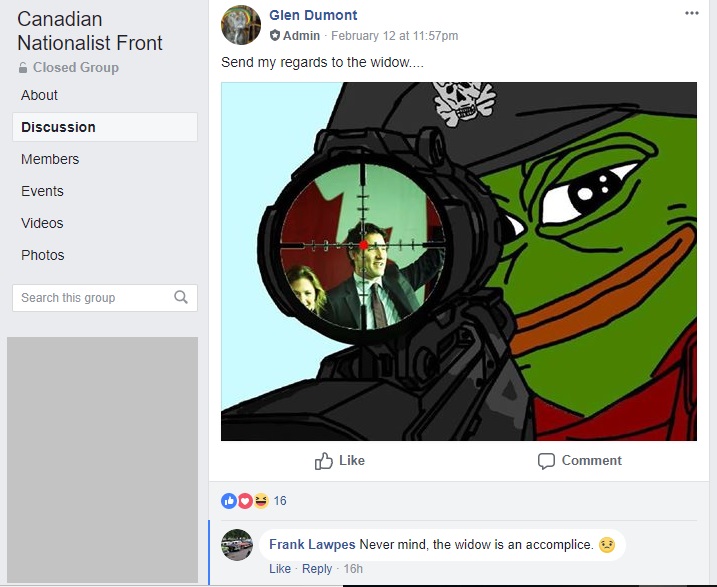 Even a single threat of this nature should be taken seriously, however this image sort of turned out to be the tip of the iceberg: 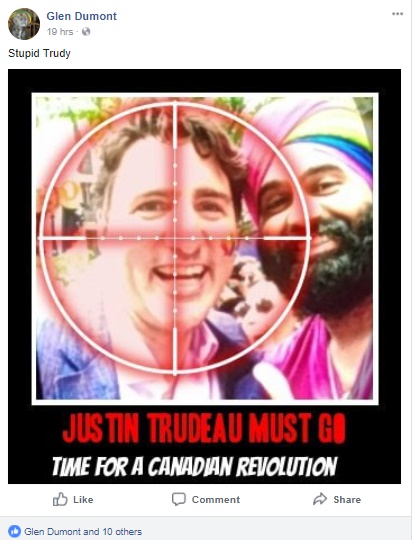 This particular image seems to have originated with this guy: 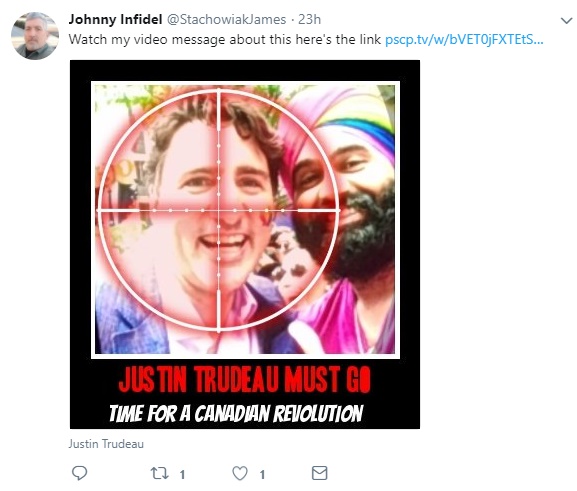 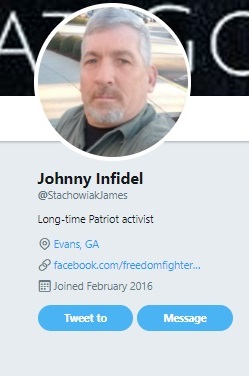 It turns out that Glen Dumont's new friend "Johnny Infidel" has a name and that he is somewhat infamous for being a raving, conspiracy-theory loving, anti-Muslim, loon who has advocated for the murder of liberals and black people: 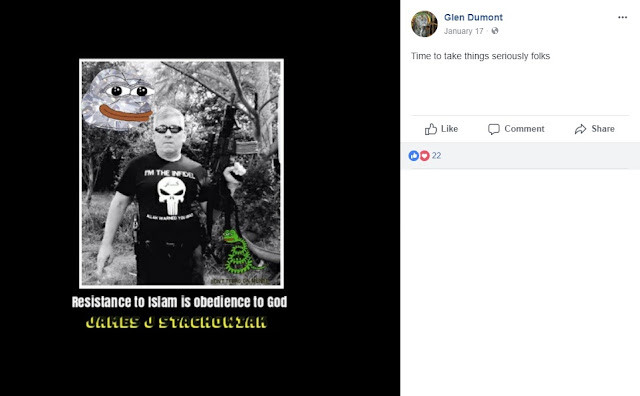 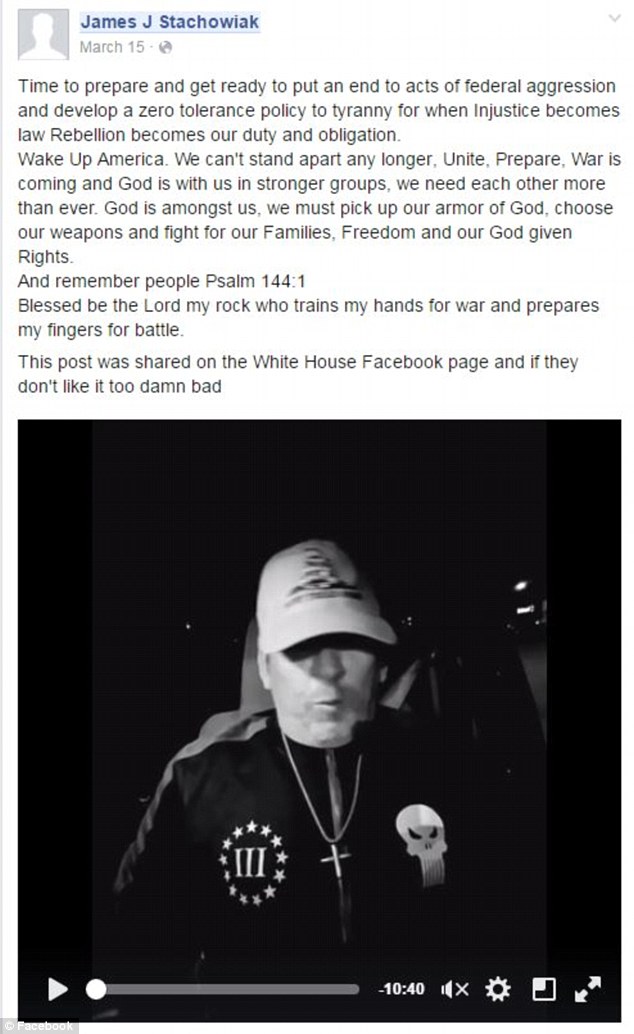 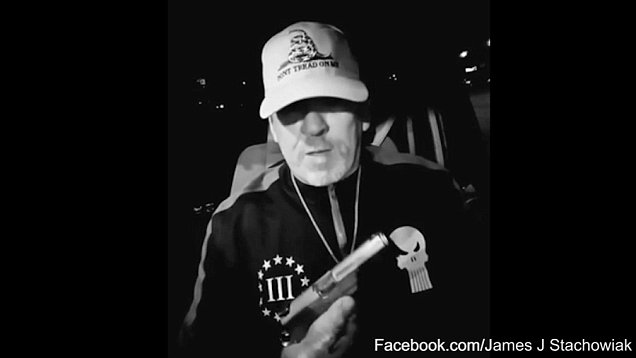 Jim Stachowiak actually served briefly in a law enforcement capacity as a certified peace officer and was later employed at Augusta State University. He was only in law enforcement for three years however when his certification was revoked following an investigation for misconduct in 2008. Stachowiak himself has been arrested on a number of occasions since then.

Of course it goes without saying he's a big fan of Donald Trump: 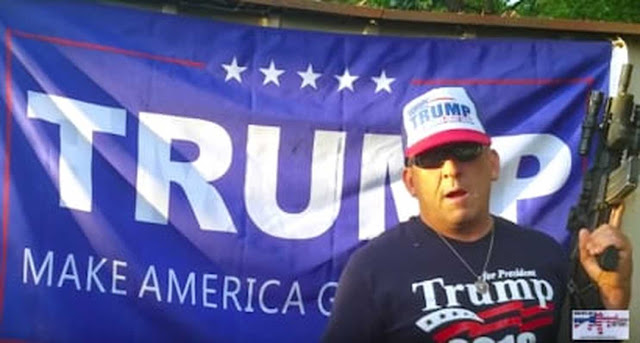 
Is it weird that I'm almost more offended by his pronunciation of "meme" than his extremism?

And Glen Dumont, first through his alter-ego and then on his own profile, seems to support these actions: 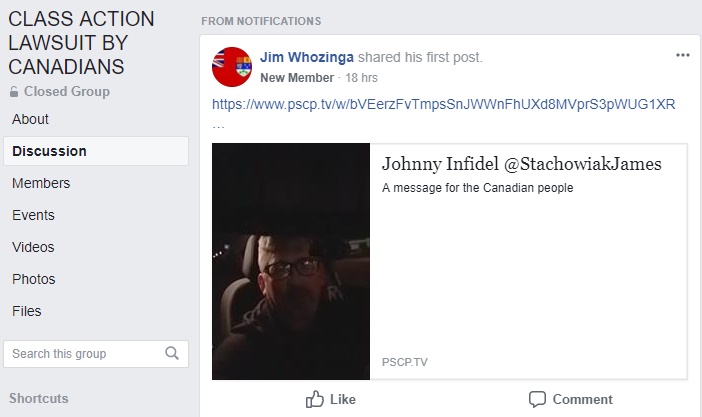 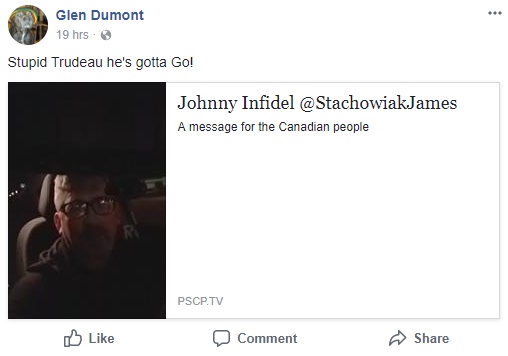 Stachowiak doubled down in a video published later in the day:

And these people believe it's the left who are violent.
Posted by Nosferatu200 at 11:54