Today is Ronny Cameron's big (remains to be seen) "Trudeau Must Go" rally which also serves as a cover for an anti-immigrant and anti-Muslim rally. Hate groups such as the Northern Guard from Ottawa and Quebec are on their way to attend and will arrive at around 2:30 (half an hour after the event starts): 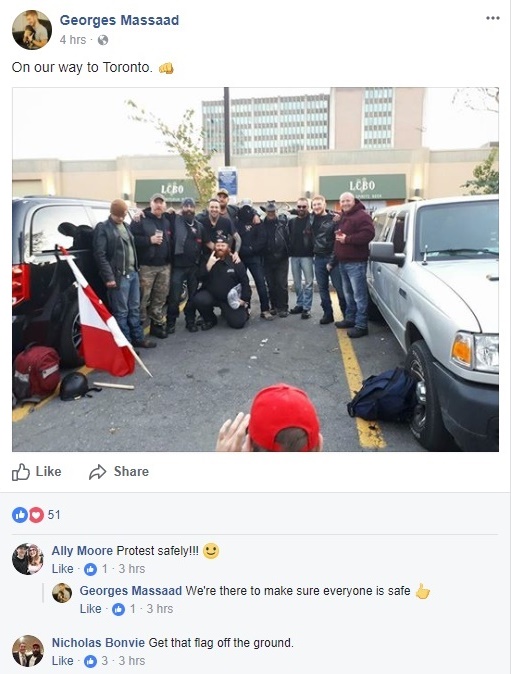 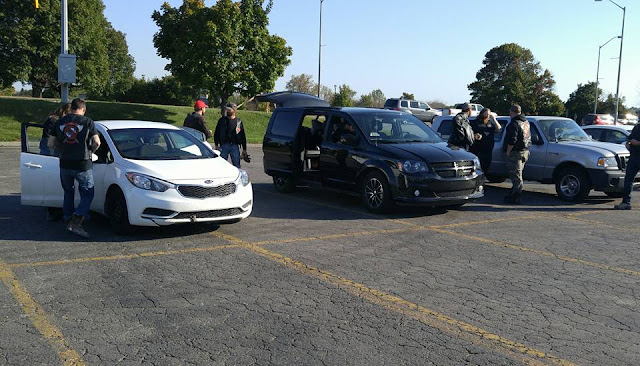 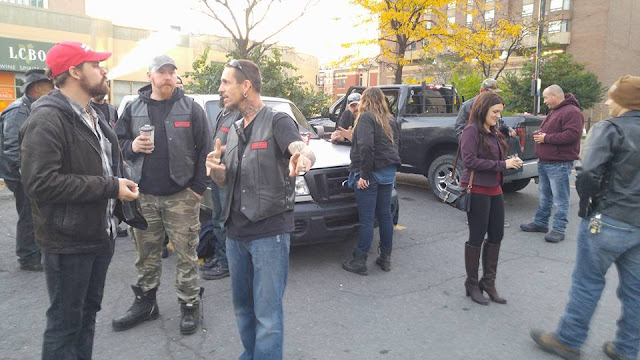 Isn't it cute how Myatt likes to play soldier while still in his mid 20s?

There is a planned counter rally opposing these groups.

As of this moment (2:26 Central Time), and numbers may very well change, there are around 15 - 20 fascist supporters surrounded by 175 counter protesters. Seems like there may have been a scuffle and one arrest.

ARC will do our (yep, I can say "our" again) best to provide information as it becomes available.

UPDATE 1: While Ronny is currently live videoing the event from his perspective, this is the reaction from at least one individual.

He's also claiming that they are "winning" because they are showing how brave they are to be standing up to a larger group all the while complaining to the police about the counter protesters.

By the way, the fascist side is chanting the following at the counter protesters:


You can't run. You can't ride. You get a helicopter ride. 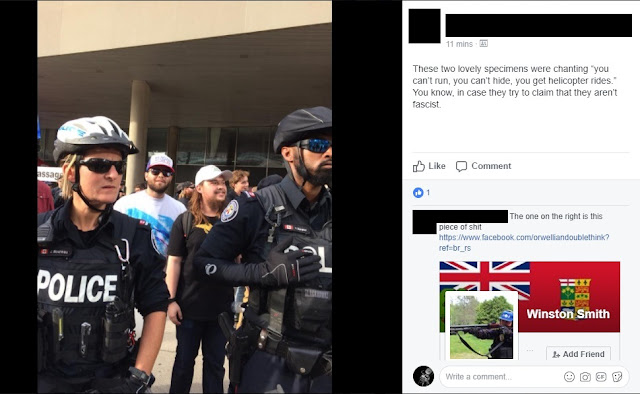 You know, because they totally aren't fascists. 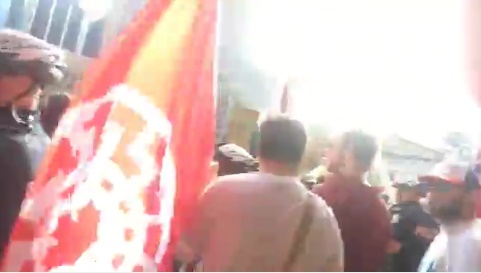 In an earlier, briefer, live video update, Ronny appeared pretty salty about people not showing up:


Currently there appear to be a handful of Son's of Odin, Proud Boys, III%ers, and assorted bigots. 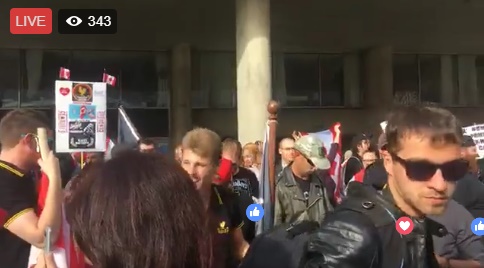 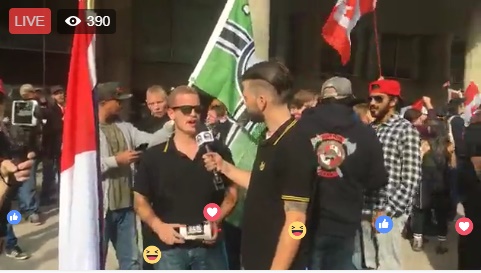 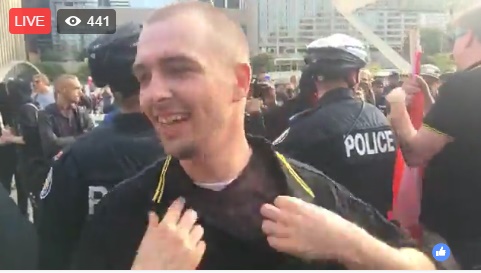 UPDATE 2: Well, it seems Myatt, Massaad, and the small contingent of Northern Guard members have joined the party. 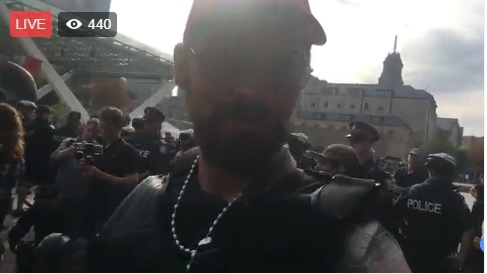 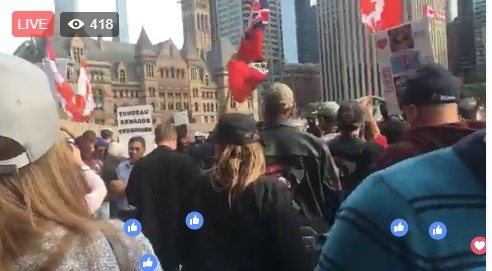 Racists are rallying at Nathan Phillips Square in #toronto. Racist scum off our streets! pic.twitter.com/9nYGbOW7G5
— 🚗 in the 🚴🏻 lane (@car_in_bikelane) October 21, 2017

UPDATE 4: The numbers have evened out it seems. Though the fascist are still outnumbered, they are sitting at maybe 150. The counter protesters are about 200. Massaad interviewing people who talk about counter protesters not being informed and that they are, "faggots."


By the way, while Ronny continues to complain about counter protesters who, "don't realize this is an anti-Trudeau rally" it seems he did a poor job of communicating to his supporters that they need to hide their agenda a bit better: 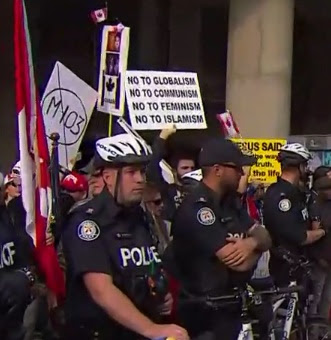 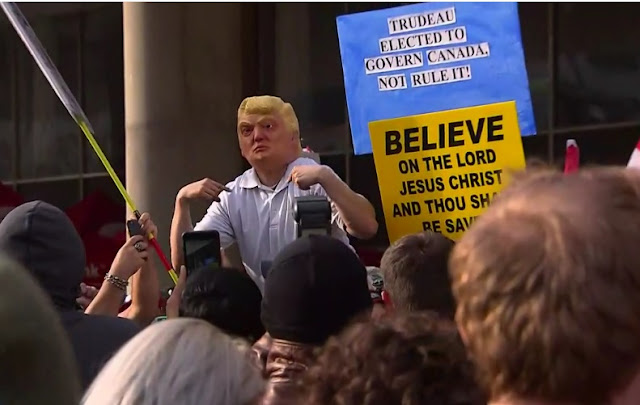 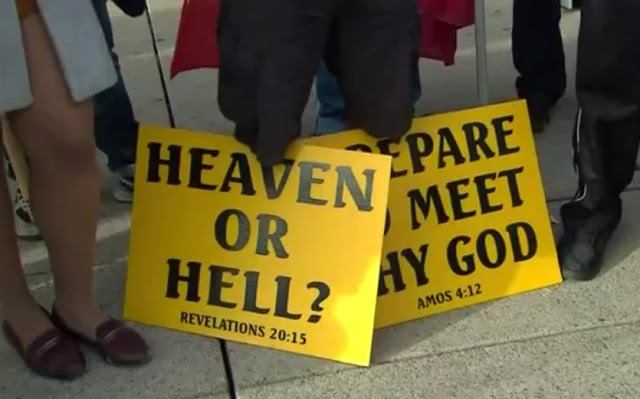 Well it's sure a good thing these people oppose the injection of religion into politics, amirite? 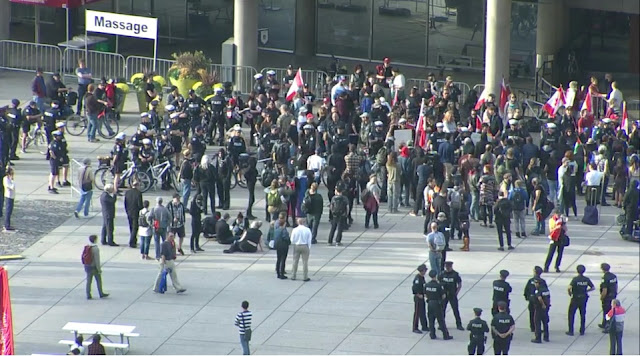 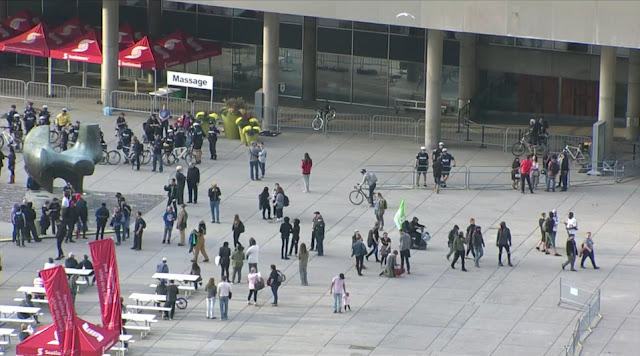 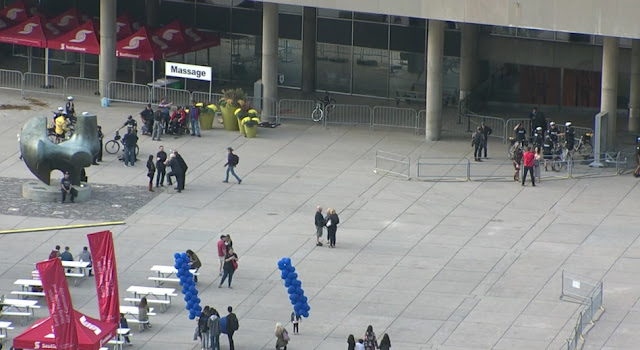 I'll write a more detailed summary later, but for now it looks like the anti-racists at the height of their numbers was in the 175-200 range while the fascists were around 150 at their height.

Massaad posted a video of the fascist side leaving the area which provides a decent look at some of their numbers:


Cameron posted a live video feed. I may eventually publish it, however in the mean time here are a few of the comments which range from the usual "George Soros pays antifa" to calls to commit acts of violence: 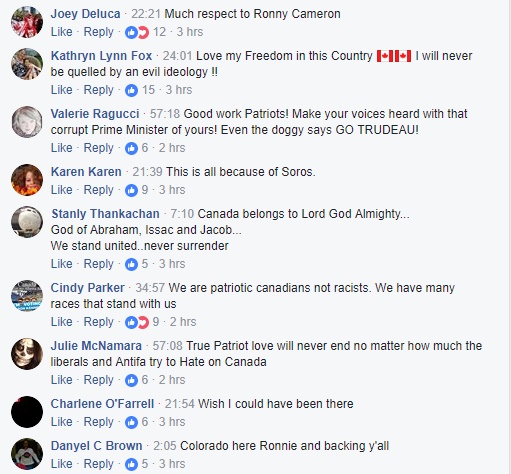 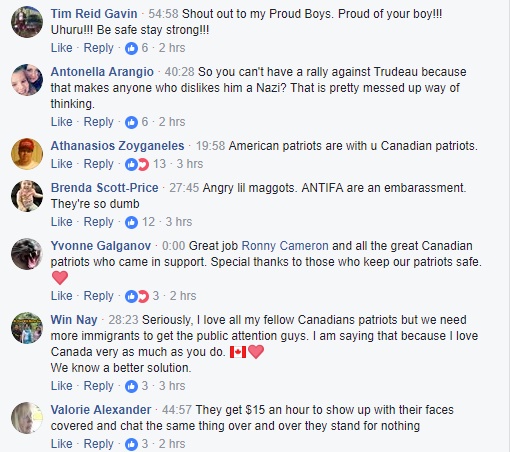 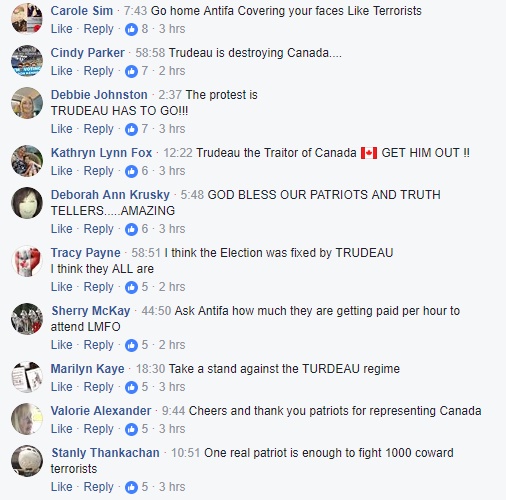 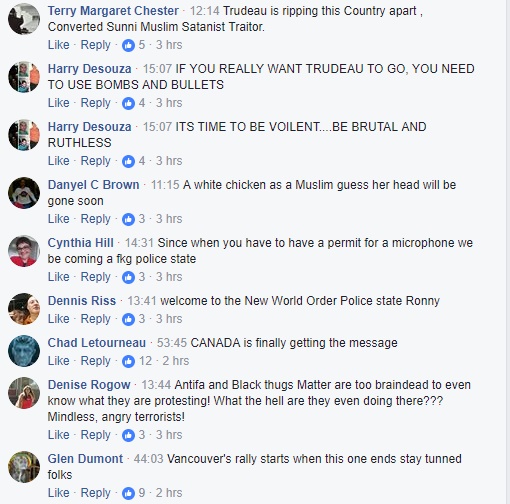 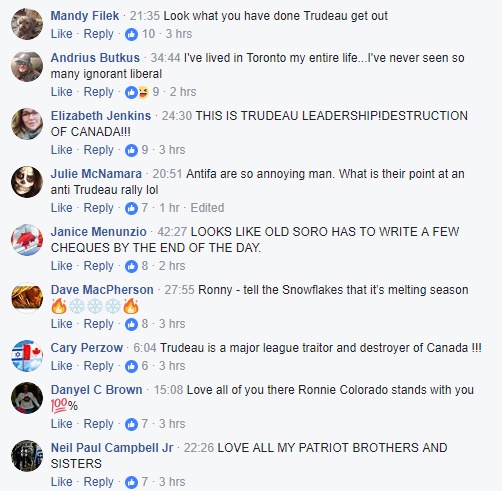 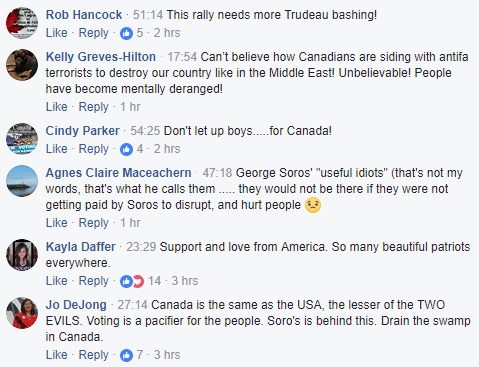 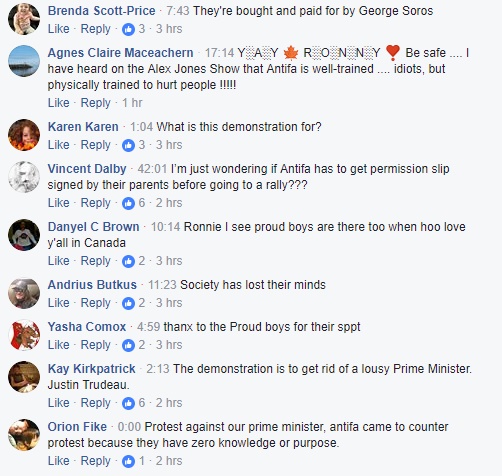 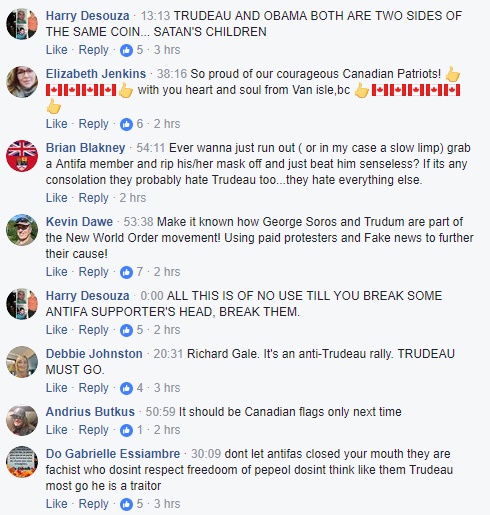 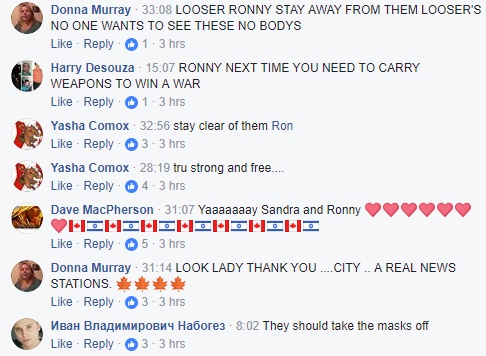 I'll finish this up with some links from the msn:
Posted by Nosferatu200 at 12:18