Paulie Standing as Candidate in Federal Election. And Speaking at American KKK Rally

In Paulie's latest Internet radio program (which includes his repeating of the lie we covered in an earlier blog entry) he states that he will be running in the current federal election. We're assuming that he's running as an independent, and we're assuming that he'll finish with roughly the same percentage of the vote he received in one of the last federal elections he ran in.

In addition to his continual political aspirations, Paulie has also continued his public speaking. In fact, he spoke at a conference this past weekend. In Harrison, Arkansas. At what was for all intents and purposes a Klan rally: 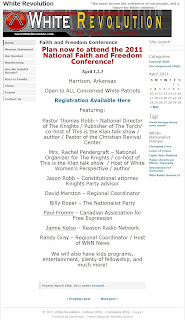 Here he is with one of the men attending the Klan rally: 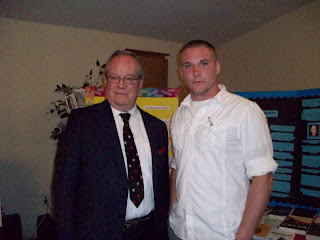 And here that person is with Billy Roper, head of White Resistance: 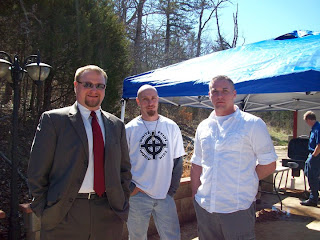 And here is Billy promoting the rally: 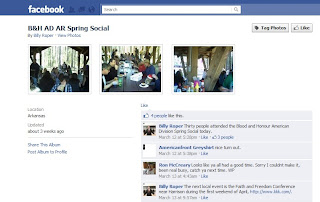 We're not sure about you, dear readers, but Klan association isn't really a selling point for prospective political office holders at this point in the 21st century.
Posted by Nosferatu200 at 00:06

I'm curious as to his motives for running in elections, he cannot possibly be deluded enough to expect to come anywhere near getting a seat. Must be just a way to promote himself, hoping to end up in the newspaper or some dumb crap. Maybe its just to have his ego stroked knowing that over 200 people are willing to vote for him.