Your Ward News Sentencing Update: One Down. One to Go.

As the sentencing hearing for Your Ward News editor, James Sears, and publisher, LeRoy St. Germaine, resumed this afternoon, I started taking bets with friends about whether it would drag on longer. It was clear after my last post that Paul Fromm, if no one else, maintained his enthusiasm and I felt like this case was not done yet. 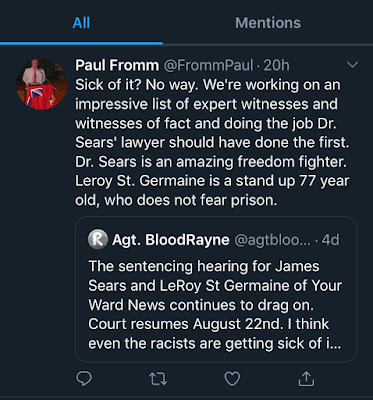 My personal bet was that St. Germaine would be sentenced today and that the Sears grandstanding circus would continue.

I was completely wrong.


In deciding that Sears could not reopen the case, Justice Blouin not only put an end to Sears' shenanigans, but also cleared his lawyer, Dean Embry, of any wrongdoing. He clearly stated that "Mr. Embry approached the case tactically and professionally. This was not incompetence or worse. This was a lawyer doing his job. It just didn't work."

In sentencing, Blouin did not mince words. He stated that “any position communicated that essentially denies that an entire half of the world's population are human beings is so outrageously reprehensible that the word ‘hate’ is starkly inadequate." He went on to explicitly make the important link between online/printed hate and extremist violence when he added, "Mr. Sears...promoted hate to a vast audience in an era where online exposure to this material inexorably leads to extremism and the potential for mass casualties."

In his Reasons for Sentence, which can be read in its entirety at the end of this piece, he concluded:

Looking at the appropriate sentence through the lens of fundamental principle of sentencing in s 718.1 (that is the gravity of the offence and the degree of responsibility of the offender), my view is that both counts should attract an 18-month jail term. Obviously, as indicated above, the procedural maximum sentence I am permitted to impose is one of six months on each count (consecutive). Accordingly, Mr. Sears will be incarcerated for one year."


This declaration caused emotional responses from some of the fash who, according to sources, were out in force to support Sears and St. Germaine. Thanks to some great reporting from Adrian Ghobrial, we've been able to piece together some of the aftermath. First, a woman started ugly crying saying "that's not right" and ran from the room.

A woman in a blue dress, who’s obviously a James Sears supporter ran out of the courtroom crying.
— Adrian Ghobrial (@CityAdrian) August 22, 2019


This woman, apparently, wasn't Sears' wife. Said wife brought their young son up to say goodbye and collected Sears' personal effects, except for one important item he decided to keep with him.


From what I understand, he opted not to hug his family before being put in cuffs. As he was led away, he simply said "see you guys."

While I imagine this was a relief for many of those in attendance, I am somewhat disappointed that we will now never see the "impressive list" of expert witnesses Sears and Fromm were working on. The ironic thing is, since Sears fired his lawyer and created all this extra work for his friends and the court, he may now have to do a lot of extra work himself while he attempts to navigate the process for requesting an appeal, and possibly bail pending said appeal, which seems fitting, really.

There was one small victory for Sears, however. The Crown had requested that as part of his probation he be prohibited from writing or publishing anything for three years. Blouin agreed with Embry's assertion that that was too broad, saying that he was entitled to his free speech rights and that he was free to publish anything he wants, "even if unpopular and objectionable, as long as his words do not offend the Criminal Code." It will be interesting to see what, if anything, Sears feels inclined to publish in the future.

In the matter of LeRoy St. Germaine, Blouin indicated that since the sentencing circle option did not work out, he would need more time to prepare to for his sentencing. Court will resume August 29th for St. Germaine.

One down. One to go.

You can read the background from this sentencing circus at the following links: 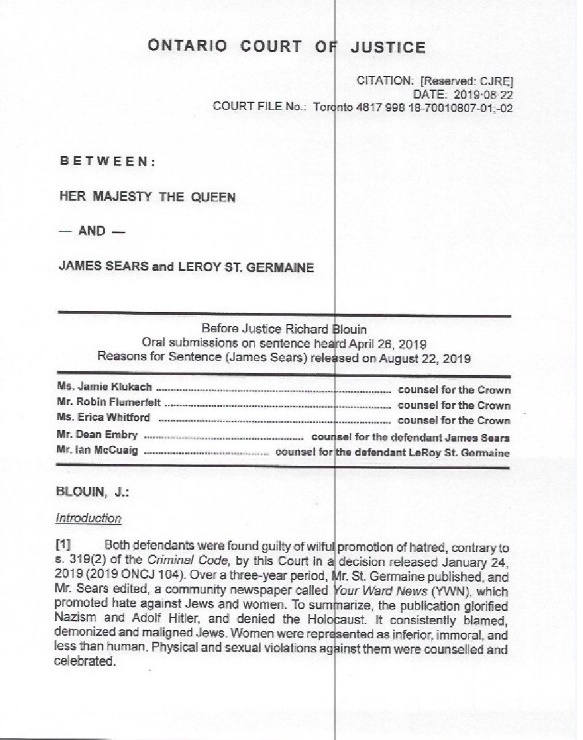 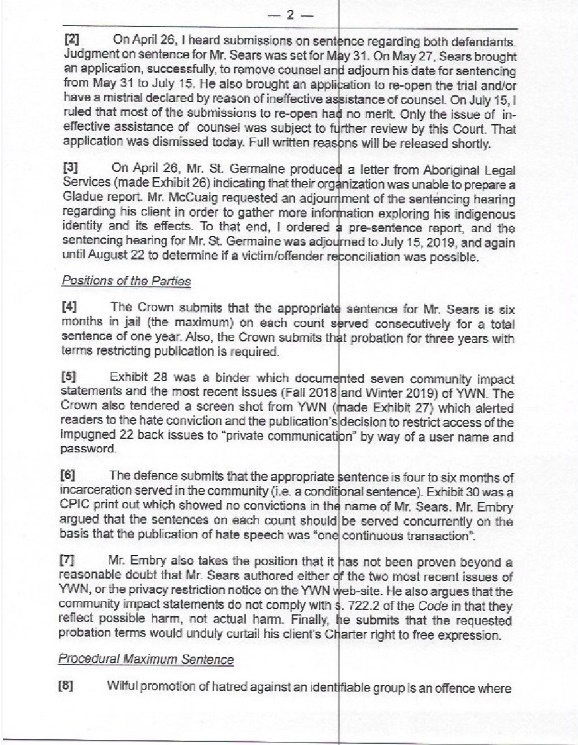 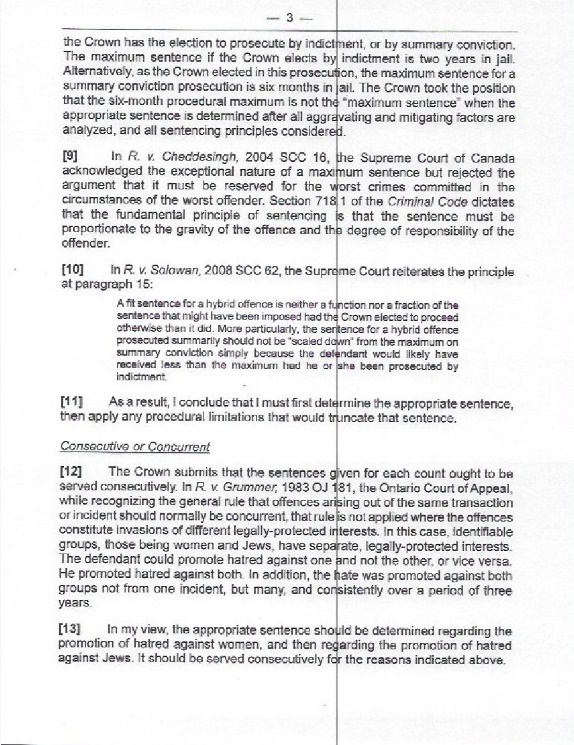 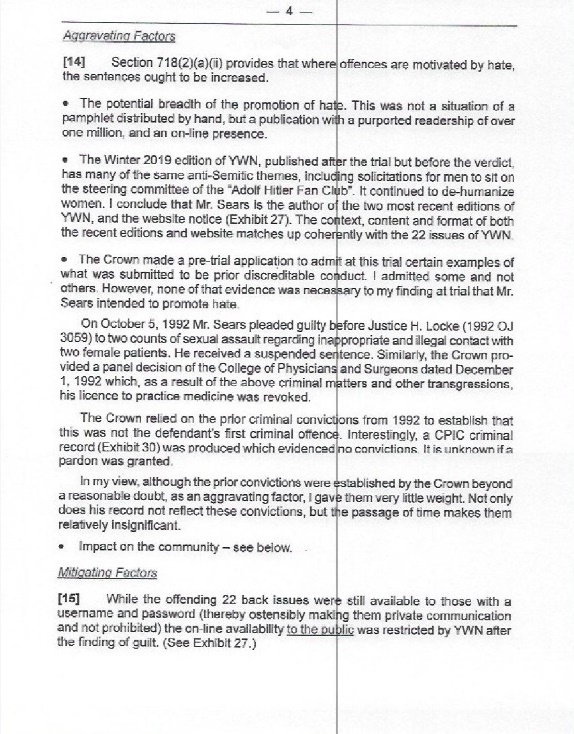 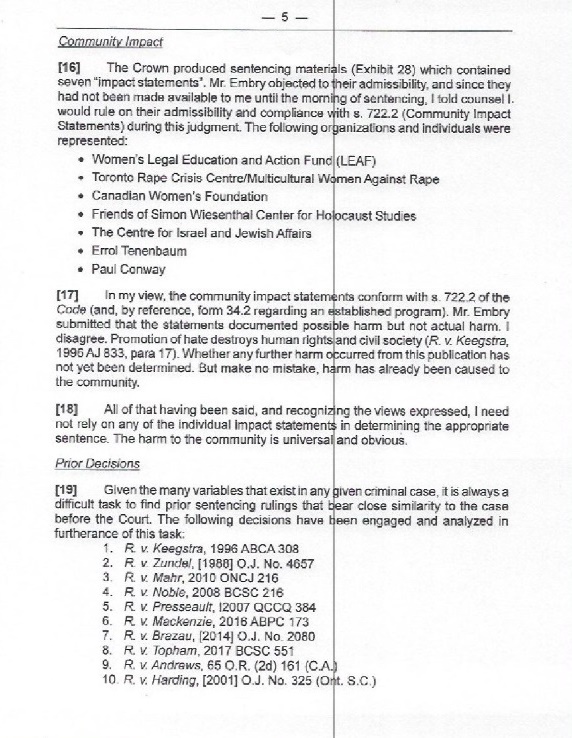 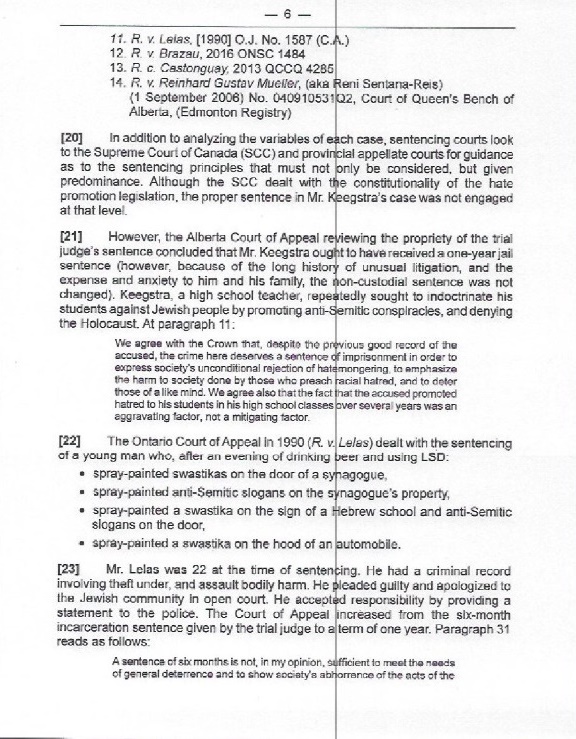 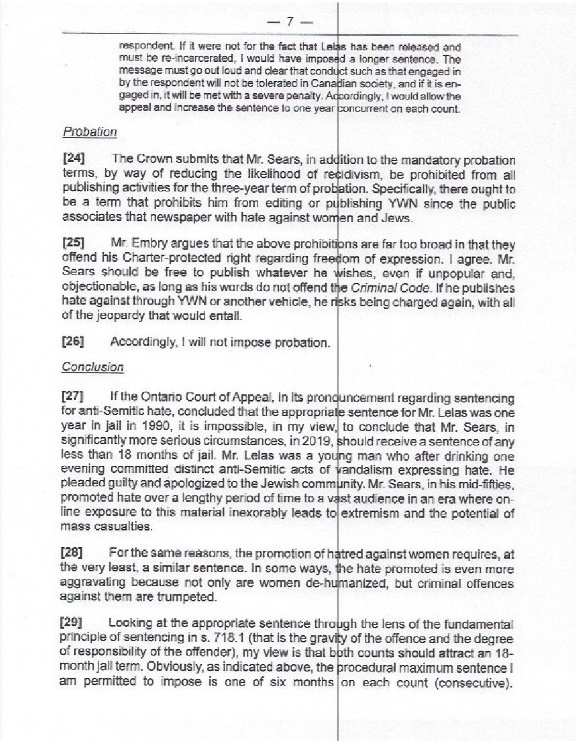 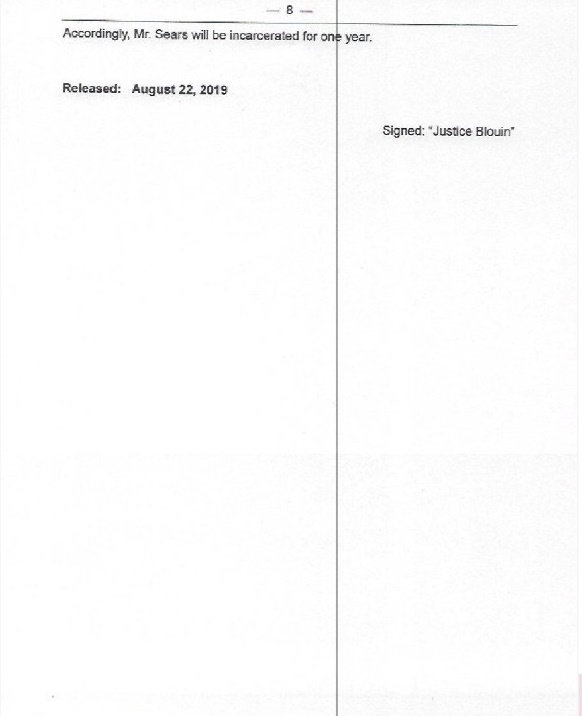