Faith Goldy: "Really It [sic] Publicity For Her YouTube Channel"

It has been a little over a week since Faith Goldy and her dude-bro sycophants took their selfie with Ontario Premier Doug Ford:

One of those in the photo, "Jack Tyler" is a member of both ID Canada and Students For Western Civilization and can be found in these other past articles: 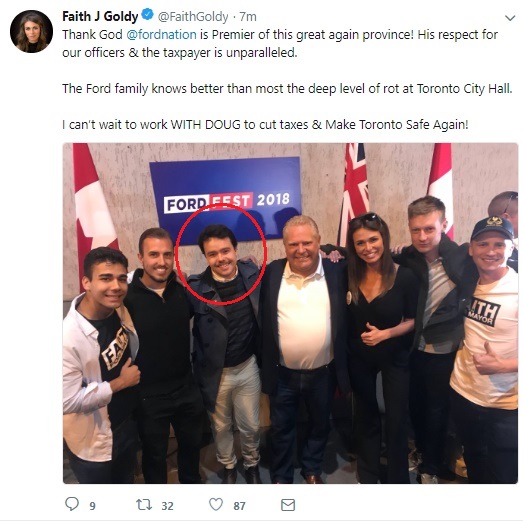 Where you won't find "Jack" anymore, at least for the time being, is on Twitter as Ms. Goldy laments: 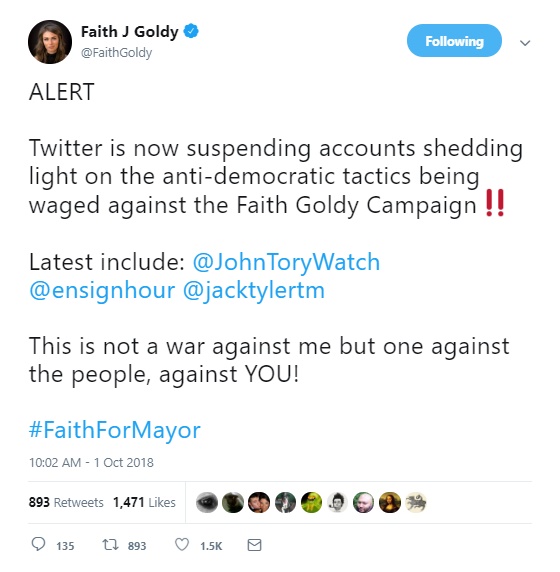 I've mentioned this before, but "Jack" was a frequent guest of the racist podcast "This Hour Has 88 Minutes" and was one of the hosts of the successor "Ensign Hour" which was also de-platformed by Twitter:

Others were also upset and exhibited a fundamental lack of understanding of what and what does not constitute a constitutional right: 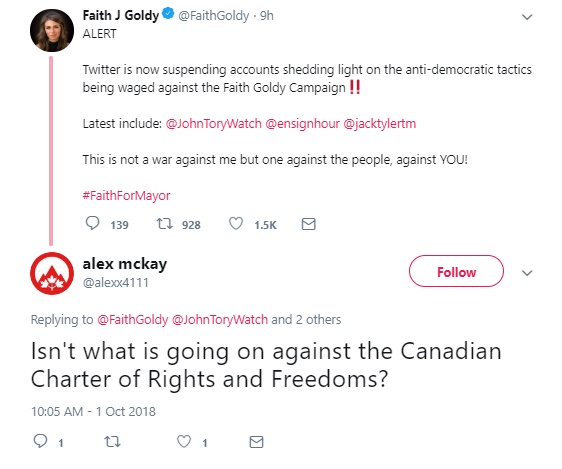 I suspect that "Jack" was deleted for continuously flouting Twitter's terms of service with posts such as this: 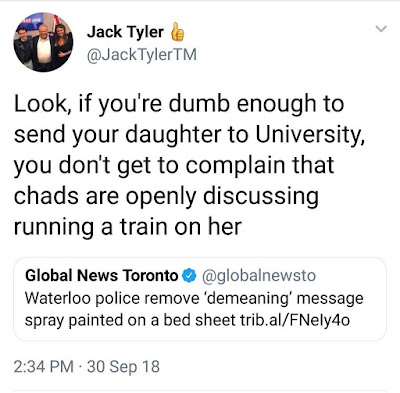 There were others like this. many worse, but this should be enough to provide some indication of the boy's character.

Sadly, I never did receive the flowers he promised to send me when he was being especially smug: 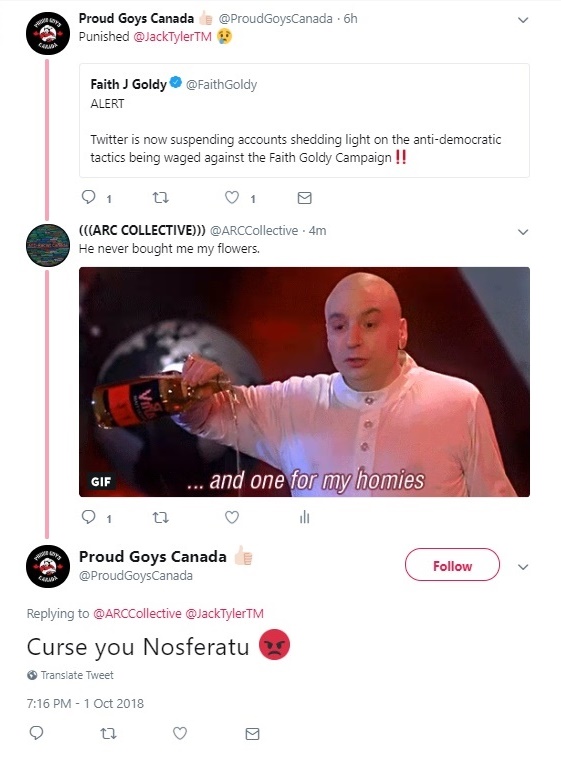 Now at the time I had requested lilacs and lavender, but truth be told I'm currently far more interested in an orchid: 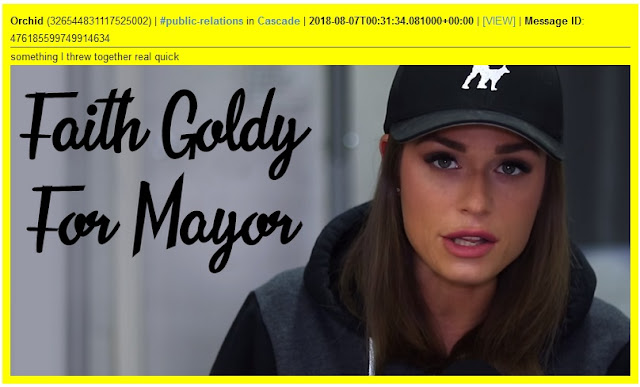 The Discord chat logs that were leaked and published by Unicorn Riot have been especially useful in a number of articles published on this blog, including an article that connected a neo-Nazi to Ms. Goldy's Roxham Road protest in Quebec:
However there has been another set of Discord chats that have been leaked that I am currently going through that are even larger than those published by Unicorn Riot and which provide some insight into Goldy's campaign.

The user going by the name "Orchid" claimed to be working on Goldy's campaign despite being an American: 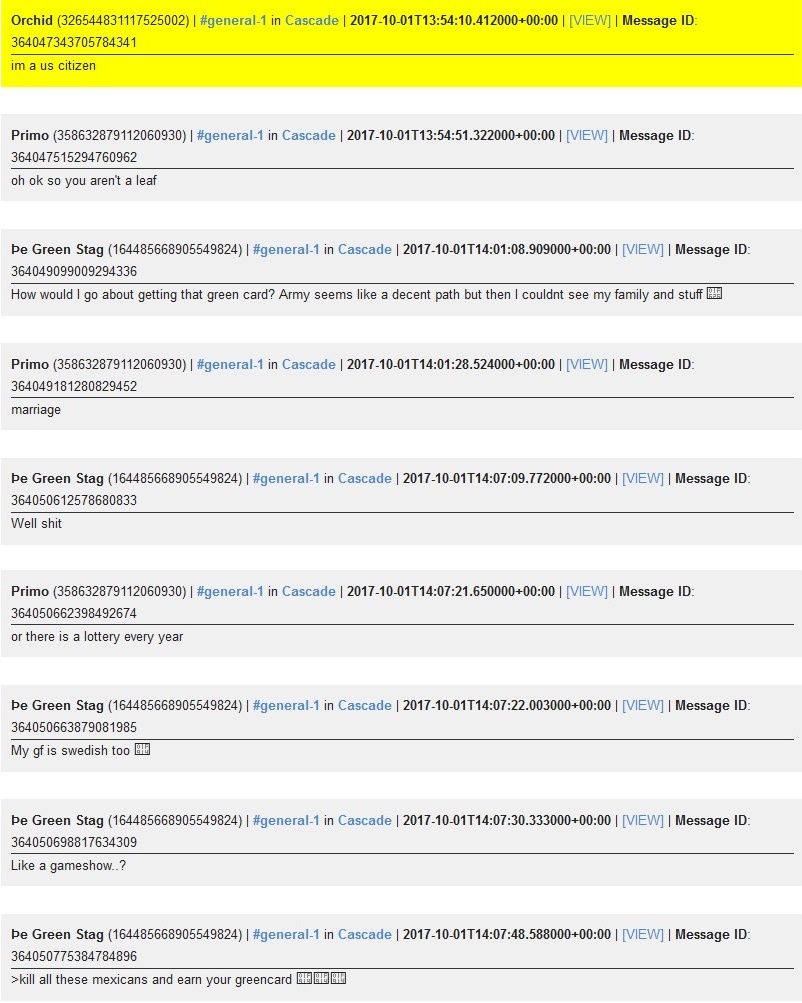 "Orchid" may very well have Canadian citizenship as well, but I haven't yet gone through all of the 6000+ of his posts. In his latter posts, he speaks of working on Goldy's mayoral campaign. There has been a great deal of speculation, which I personally agree with, that Goldy's efforts have been a publicity stunt aimed at raising her profile and perhaps further monetizing her online presence. While it will surprise few people, "Orchid" appears to confirm this view: 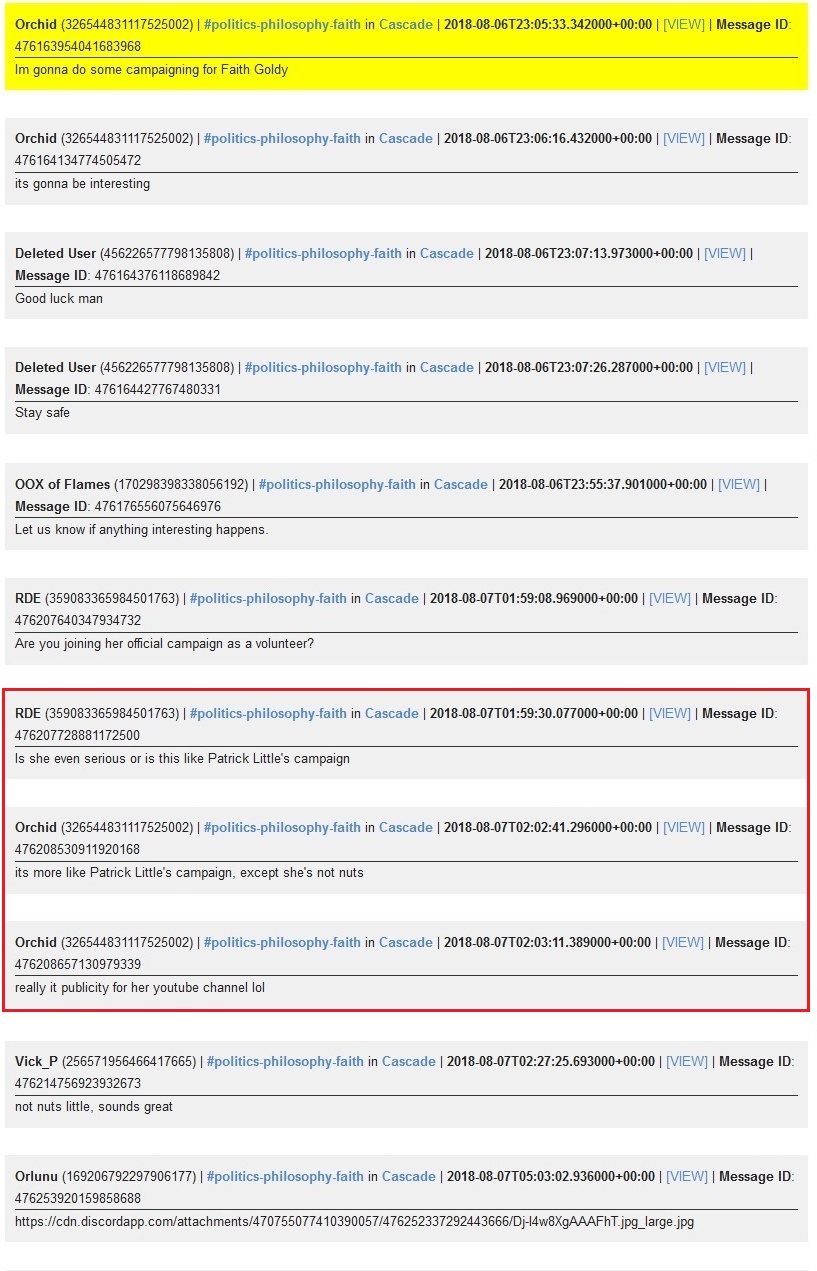 "Orchid" was also involved in a canvassing campaign that became rather infamous:

The area being canvassed was located here: 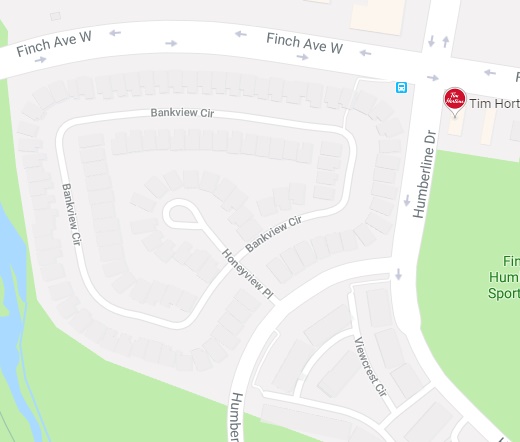 He also briefly noted that the event had made the news:

Now to get an idea of the kind of person "Orchid" is, here are just a few of his other Discord chat posts: 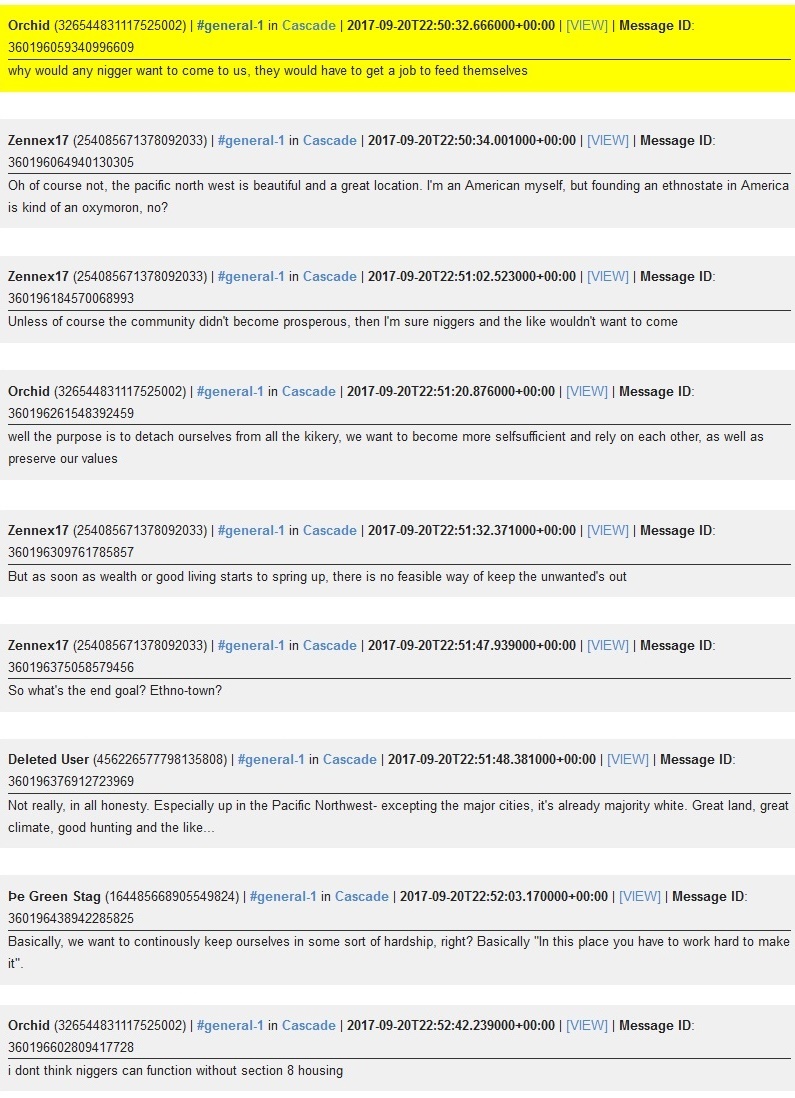 While he might be more crude, I can't say that I don't see why Goldy might appeal to the likes of "Orchid" based on what she has posted herself on Twitter: 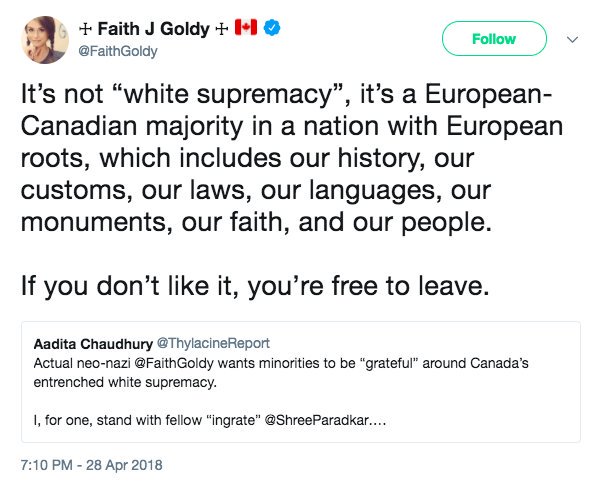 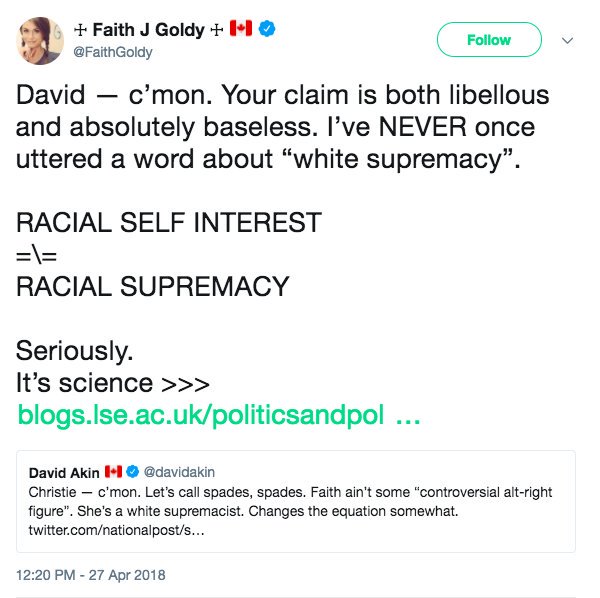 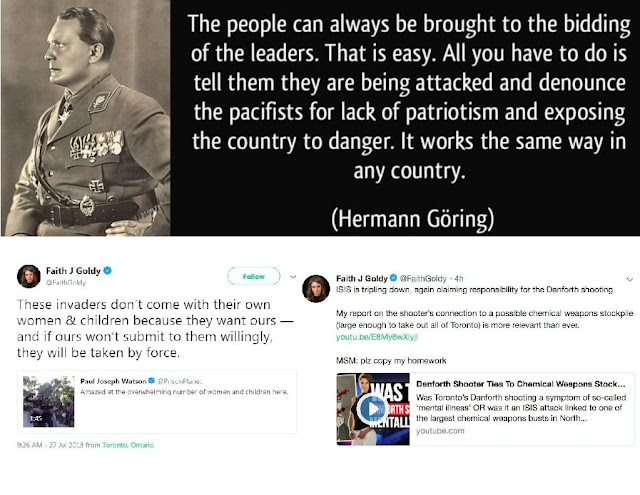 And for all her caterwauling about democracy regarding her failure to be invited to any of the mayoral debates, this post by "Orchid" suggests that even her own campaign workers really don't care much about the democratic process:

And in a related note, we find that "CarloNord" had also participated on these particular leaked Discord chats as well and spoke about his promotion to chapter leader within ID Canada as well as his views on Goldy: 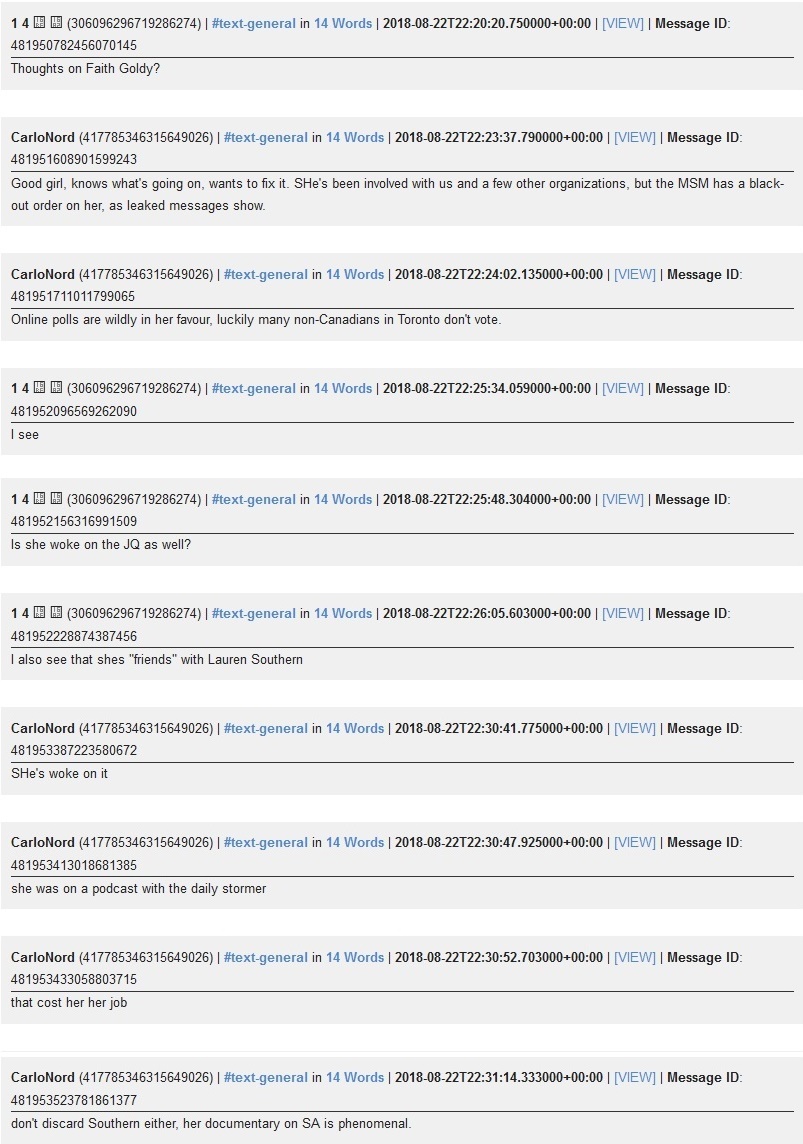 I have already discussed "CarloNord's" claims that ID Canada and Students For Western Civilization are intimately involved in the Goldy campaign:
You know, if Goldy continues to surround herself with the likes of "Jack Tyler", "Orchid", "CalroNord", and so many other like minded bigots, she really can't justifiably feign surprise when she is assumed to be of like mind as well.