I never engaged with Faith Goldy in any way until a few months ago when this happened: 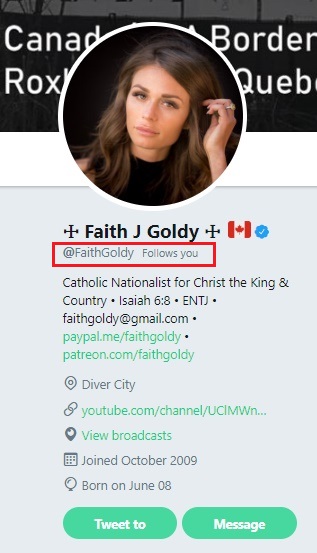 After Goldy began following me, I felt I would be rude if I didn't return the favor. It was then when I started commenting on her tweets providing some, shall we say alternative perspectives?

Wednesday morning as some far-right members of the Toronto Chinese-Canadian community (a small minority, mind you) were saying they were supporting Goldy in her quixotic candidacy for mayor, I innocently shared one of Ms. Goldy's previous comments regarding her views of non-European Canadians:

Seems I may have finally struck a nerve: 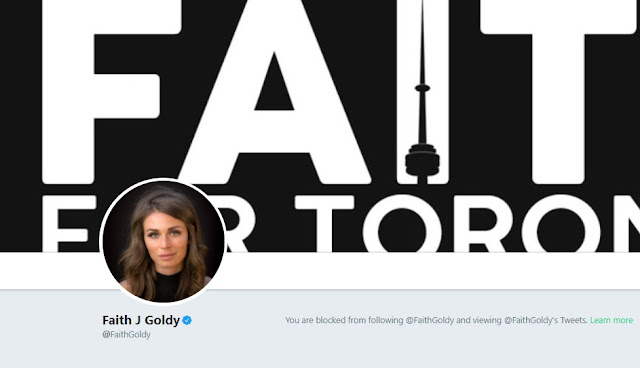 I was very sad, primarily because I hadn't time to share these as well.... 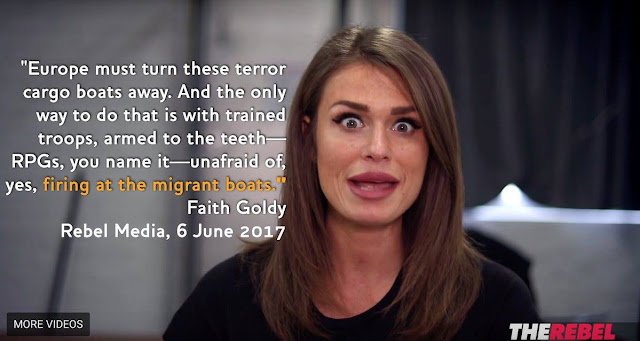 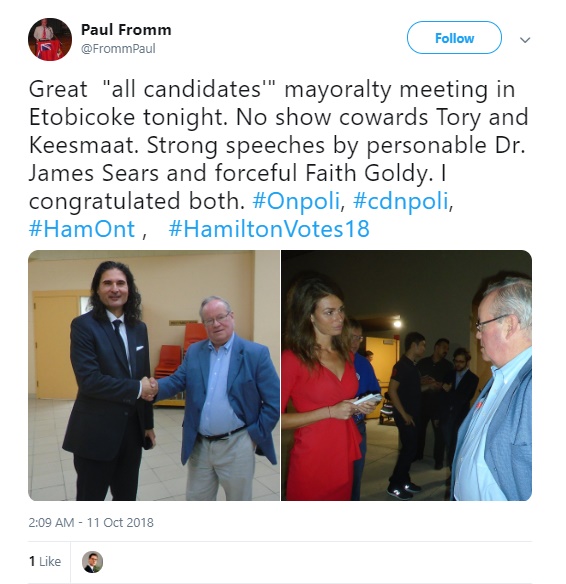 Honestly though, considering her rank hypocrisy on matters regarding women, can we be at all surprised? 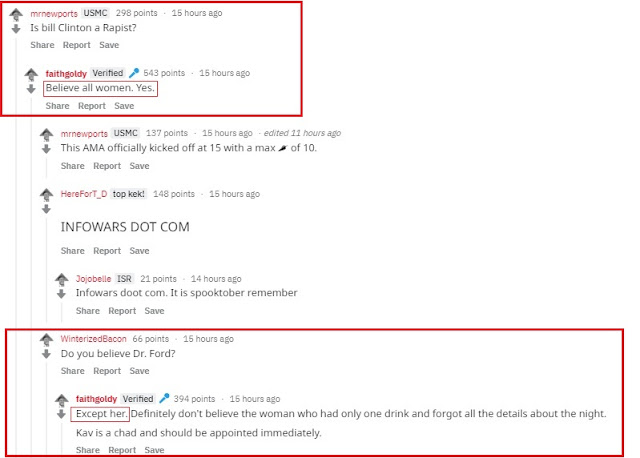 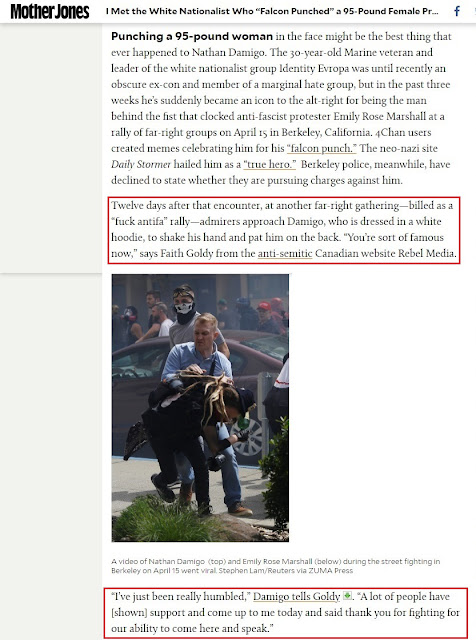 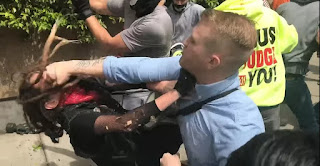 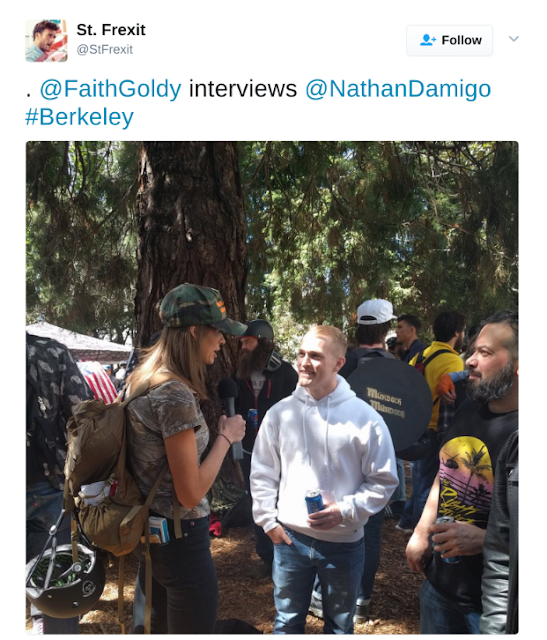 Get over to the threeper page...You will want to screen shot this..Posted one hour ago by Phil Plummer a threat to kill Trudeau, and they have left it up and its starting to get "likes"