I've read a lot of people who are justifiably concerned that an odious white nationalist could garner more than 25,000 votes (3.4%) and finish in (albeit a distant) third place in a civic election taking place in one of the most ethnically diverse cities in the world. Playing the devil's advocate, I imagine that part of this number is due to Goldy being a familiar name from her time in both relatively mainstream media (ie. the short-lived Sun News) and her time with Ezra Levant's "Rebel Media." Still, I don't blame anyone for being pretty disgusted that she would get any votes.

But the white nationalists aren't celebrating. Far from it.

There are of course those who remain her supporters who are angry because they erroneously believe the election was stolen from her, however there is a sizable number of her former backers who are angry that she cynically appealed to minority groups and lied about her white nationalist bona fides in order to broaden her appeal. That was evident last night when Richard Spencer, the man who claims to have coined the term, alt-right, engaged in a Twitter storm attacking Goldy: 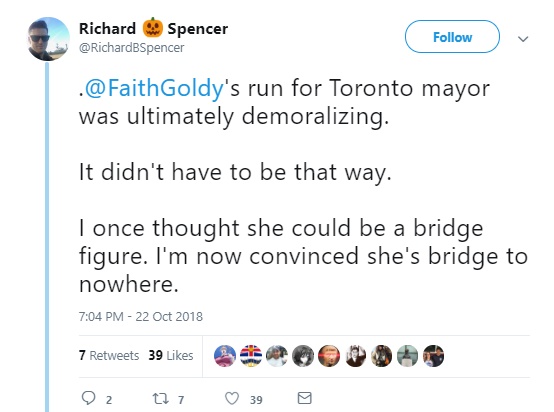 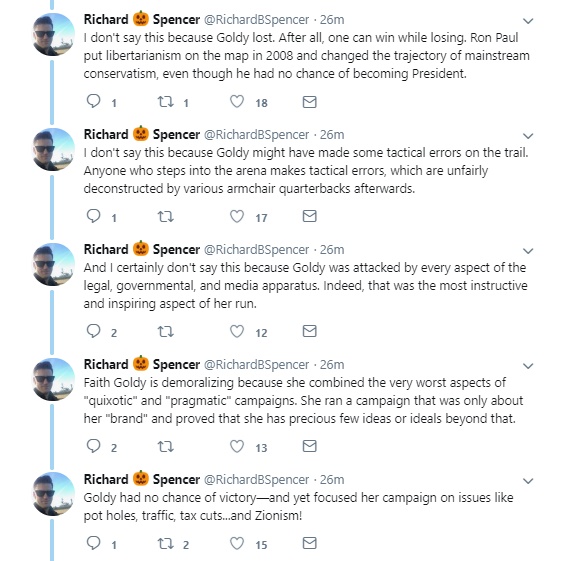 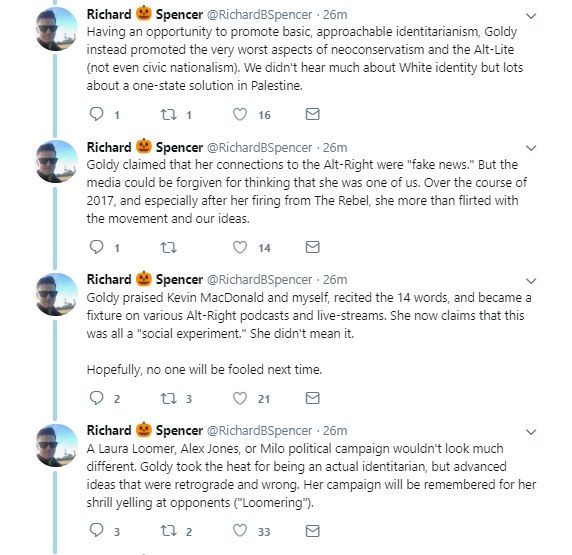 Later, Spencer claimed that a member of Goldy's own campaign volunteers contacted him to complain about Goldy's strategy:

None of this came as a surprise as a rift had become evident during the last month of the campaign.

Ronny Cameron was among the first to attack the woman he once dubbed "the queen of the alt-right." Others followed. The most interesting criticism came from one of her most visible supporters: 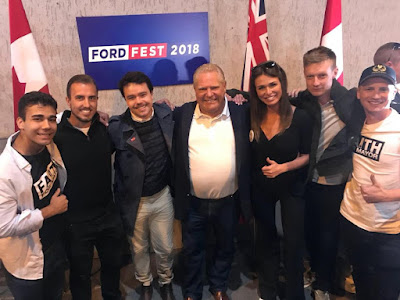 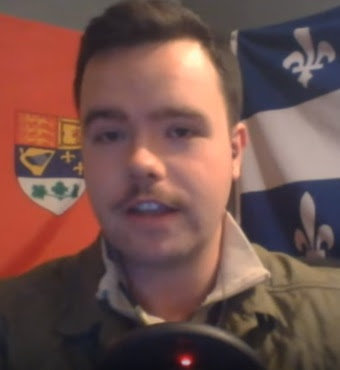 Incidentally, am I the only person who thinks "Jack Tyler" looks like the love child of Baby Herman from "Who Framed Roger Rabbit" and Clare Quilty from the Jeremy Iron's version of "Lolita"?

In any case, "Cracker Jack" (aka "Jack Tyler") was interviewed on October 20 regarding Goldy (this was a follow-up to an October 11 interview, a clip of which appears in the video that will follow). In the video "Cracker Jack"  discusses his disappointment in Goldy and her campaign.

It is a longish video and I have edited it somewhat for time. I also include some clarifying screen shots from Goldy's Twitter page and elsewhere, a few editorial comments, and less snark than I usually add.

I mean, not NO snark. I'm not a stone after all: