Blast from The Past: Nationalist Party of Canada and the Western Guard

A little while ago we spoke of our interest in documenting the rise and fall of the Heritage Front (and yes, Grant Bristow and CSIS play a significant role in that history, "Narrow Back"). We have received some information and photos, but we thought we would take this opportunity to remind our readers that we would still like your help. 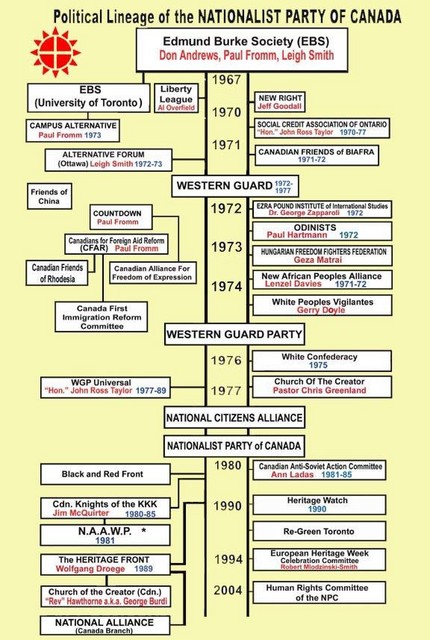 So you could imagine how pleased we were when we received these examples of old Western Guard and Nationalist Party of Canada propaganda in the mail: 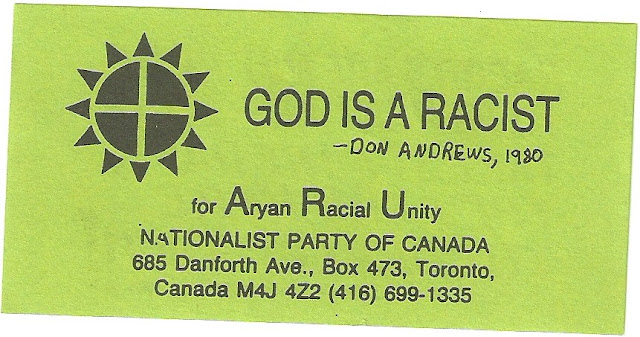 We even received part of the old Nationalist Party mailing list from 1984 (5 years prior to the formation of the Heritage Front) listing Ian Verner Macdonald as a member:

Also interesting is how a lot of these players continued to associate with one another during and after the Heritage Front's heyday in the early to mid 1990s:


We're continuing our project. If you can help us out, please send us an email.

UPDATE 2: We forgot to include this one. 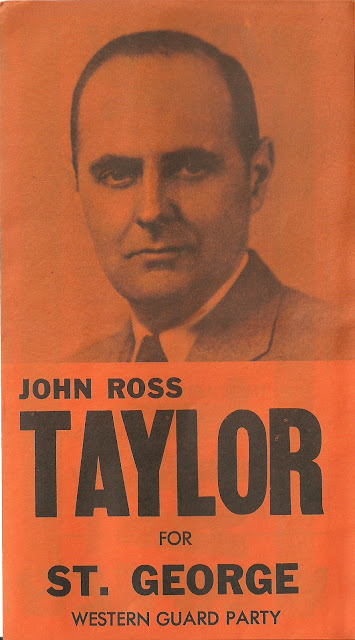 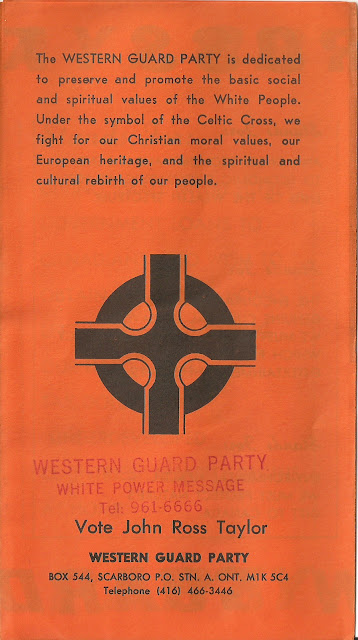 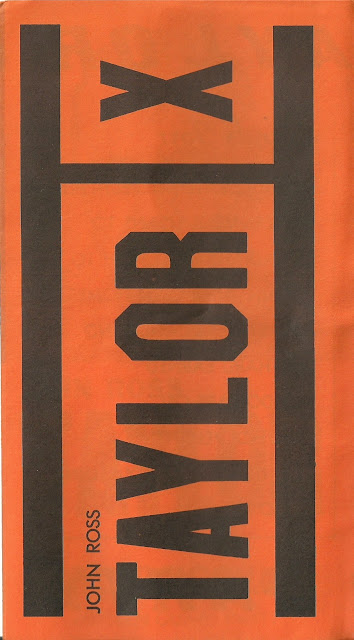 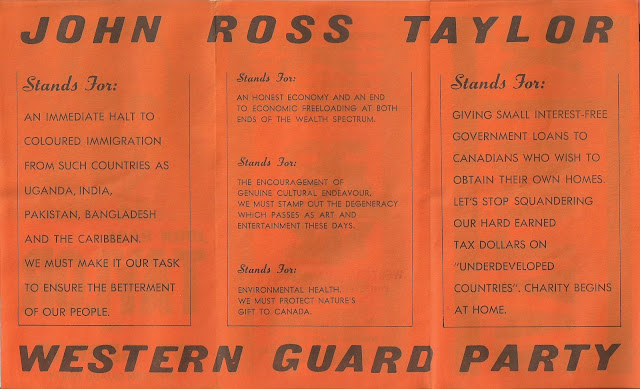 Hmm. Edward Kennedy of Kingston? Is that the FD Kennedy? Better get ready for him to share his dark fantasy about you getting a flat outside his door.

I have to say this new colour scheme is kind of rough to look at. From trolling boneheads it actually reminds me of their websites.

Good job on this blast-from-the-past stuff! You should give serious consideration to an eventual display project for the Canadian Museum of Human Rights in Winnipeg!