More Links To Goldy's Support For (and From) White Supremacists

Sometimes when researching other topics one comes across interesting information. For example ARC has often wondered if there was some sort of rift between white supremacist Faith Goldy and white supremacist Lauren Southern. Both worked for Ezra Levant's "Rebel Media" and seemed close at the time: 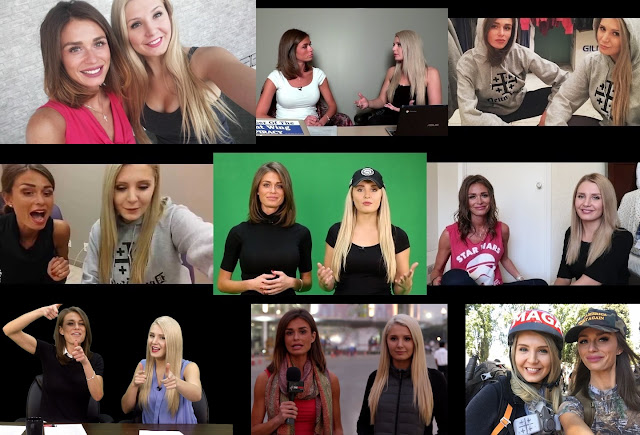 However whenever she is asked about Southern these days, Goldy demurs.

Then I came across this when looking up information regarding the previous article about Goldy:

In honor of the recent Faith Goldy news, here's the time Faith Goldy randomly ended up in a chat I was in for 5 minutes and said that Lauren Southern should just call herself a white nationalist 😂 pic.twitter.com/pZSOgZQ9S6
— HeyIt'sVadim (@vadimnewquist) May 17, 2019

Since these two occupy the same small ecosystem -- the pond that is the Canadian far-right isn't as big as the American sea for example -- and both fill a similar niche in it I wonder if there isn't some sort of professional animosity taking place.

As Connor MacLeod, ‎Juan Sánchez Villa-Lobos Ramírez‎, and the Kurgan all said, there can only be one.

But really, this isn't the glass house that Goldy should be tossing stones about.

While she has done a very good job of exposing herself by her own words as a racist, ARC has done a pretty good job already of connecting Goldy to a number of hate groups including Students For Western Civilization and ID Canada (formerly Generation Identity Canada) we've come across more information, some of which was published by Canadaland and some which has yet to be published.

Readers will know that the Canadian Anti-Hate Network managed to force Goldy to submit to a compliance audit of her finances related to her mayoral run:

Faith Goldy has released a video taking her personal attacks against us to another level. She credits us for her wasting $93,000+ in a failed lawsuit and being banned from FB. Now, because of a complaint we filed, she may face a city-ordered audit. https://t.co/XVARaPFoz7 1/
— Canadian Anti-Hate Network (@antihateca) April 28, 2019

With a little luck, we'll be able to hold her accountable yet again on Monday and maybe ultimately reveal the identities of the out-of-province donors she's trying to keep hidden. Keep your fingers crossed. 3/
— Canadian Anti-Hate Network (@antihateca) April 28, 2019


As a result of our complaint, the committee has ordered a forensic audit of Faith Goldy's campaign. https://t.co/uA5XqqELxG
— Canadian Anti-Hate Network (@antihateca) April 29, 2019


From the committee's ruling, "The Committee did not receive adequate information that contributions were kept separate from campaign and personal accounts." That intersection of personal & campaign accounts may become public as a result.
— Canadian Anti-Hate Network (@antihateca) April 30, 2019


So yes, this is a victory. For those of you keeping score at home, it's 3-0. We prevented Goldy from airing ads, causing her to waste $93,000 in a failed lawsuit, she credits us for being banned from Facebook, and now she's facing a compliance audit.
— Canadian Anti-Hate Network (@antihateca) April 30, 2019


At the same time information regarding her donors was released. Goldy made a big deal about this "doxxing" which would put her supporters in danger (it won't) despite the information already being public and Goldy not seeming to care all that much before she decided to engage in histrionics: 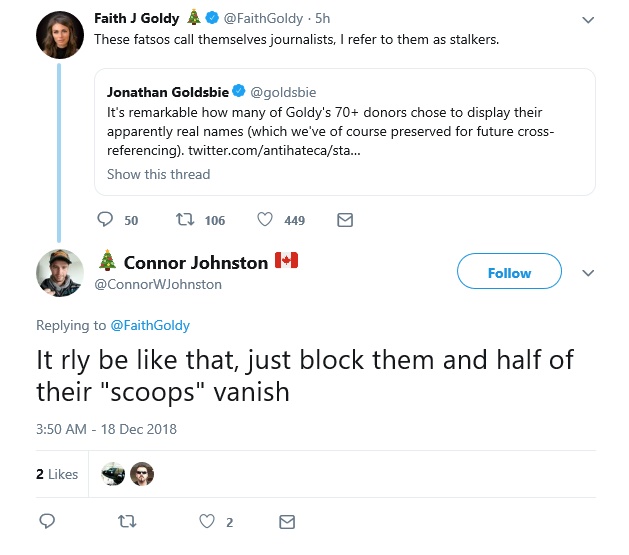 All of these were and are of interest, however it was another part of the disclosure that caught my interest.

ARC had already detailed Goldy's links to ID Canada who were basically helping to run her campaign:


It also appears, based on what Canadaland found, that she hired the suspected leader of ID Canada to provide content and website development: 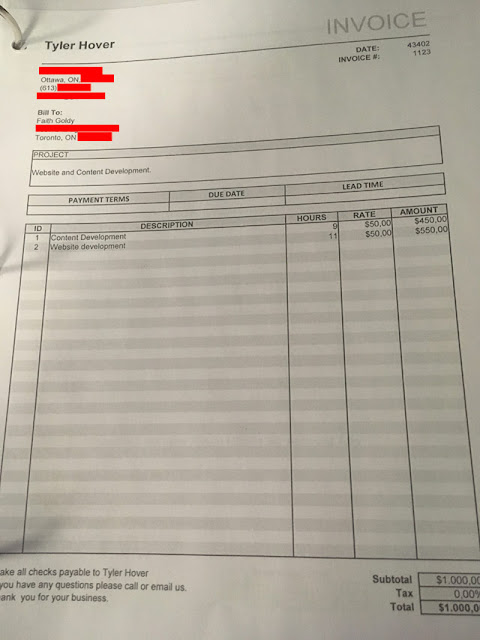 Tyler Hover has been profiled on the blog here as the suspected leader of then Generation Identity Canada, now ID Canada. 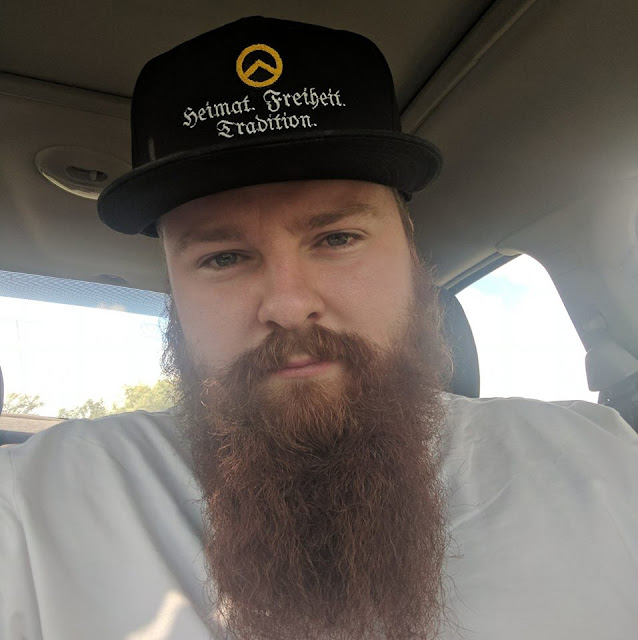 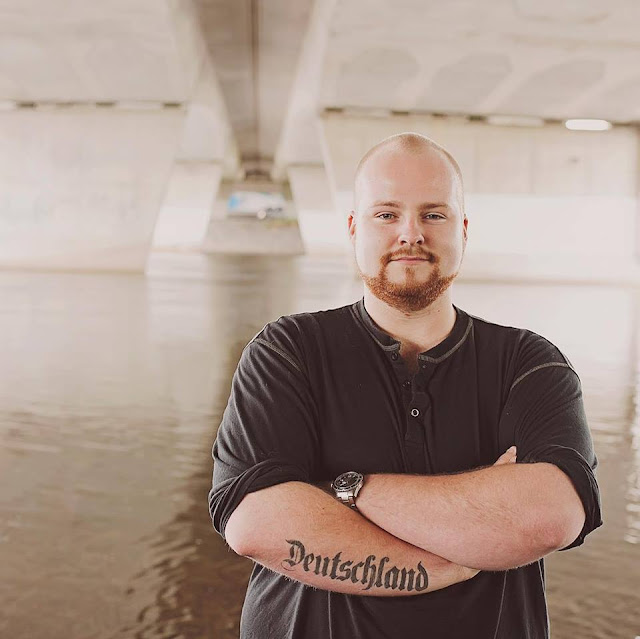 Here again are a few of his more interesting posts on both Facebook and Stormfront: 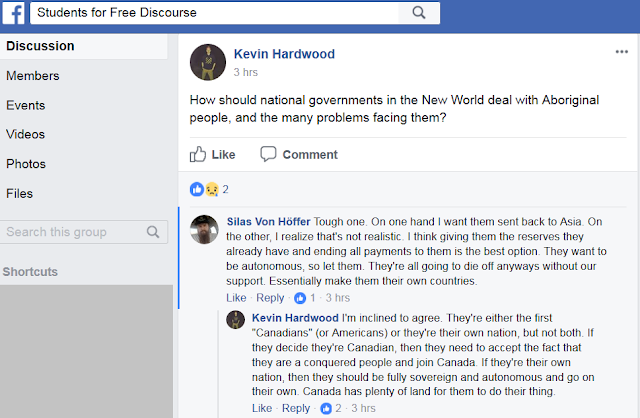 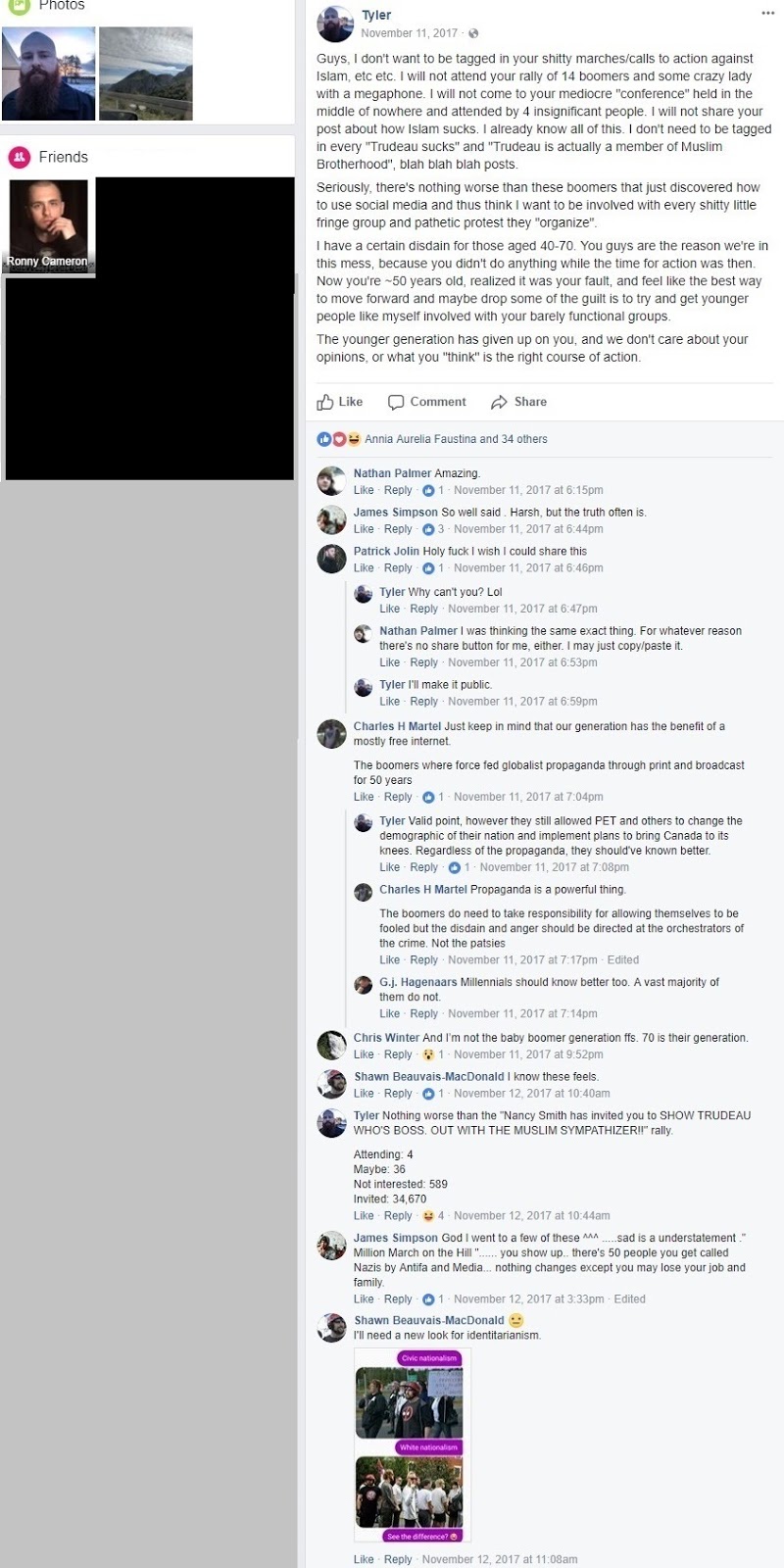 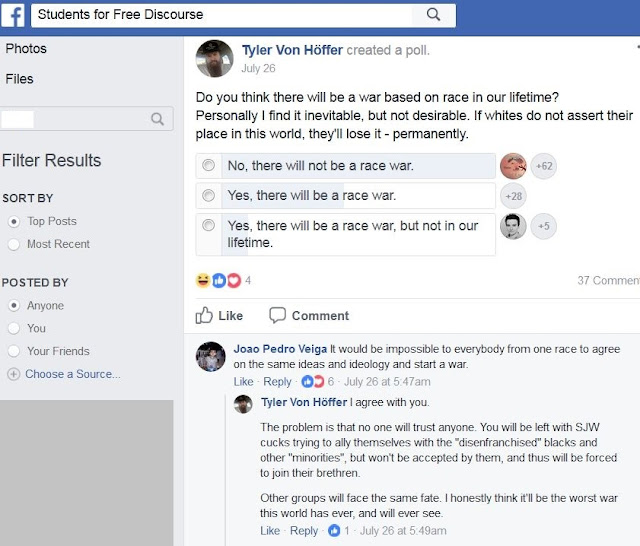 This is the guy Goldy hired to run her website.

Goldy and ID Canada's relationship is also a discussion item on the leaked Discord chat logs released by Unicorn Riot, specifically those connected to Identity Evropa now rebranded as the American Identity Movement:

Those of interest relate to Goldy's mayoral campaign and disappointment that she had solicited support from the Jewish Defence League.... as well as a rather inordinate time spent commenting on her lips which I found weird and creepy even for these jackasses: 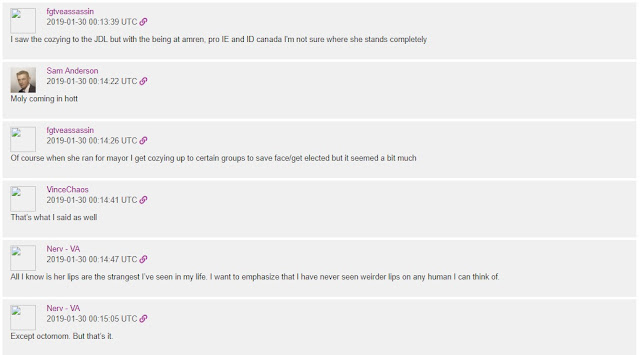 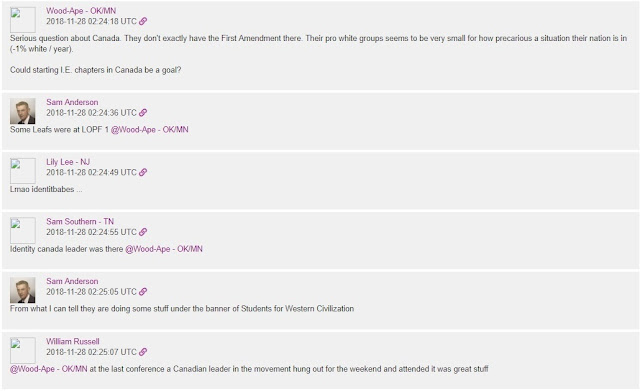