Earlier this week someone drove a stolen vehicle into a provincial building/court house scrawled antisemitic vandalism on the walls in Edson, Alberta. Police said at the time the case would be investigated as a hate crime.

At the time I was trying to remember if I knew anyone in Edson who could have been a suspect but I drew blank.... as it turns out mostly because I'm growing older and my memory sucks these days because it turns out that it WAS someone who I was aware of and who has made an appearance on the blog:


The man accused of driving a stolen vehicle through the Edson courthouse on Saturday and vandalizing the property with anti-Semitic slurs is a part-time rapper who appears to hold a dark fascination with Hitler.

Kelvin Zawadiuk, who lives in Edson, is a part-time musician who performs under the moniker La Haine, French for The Hatred.

"He's very clearly, a fairly traditional neo-Nazi," according to Barbara Perry, a criminologist specializing in hate crime at the University of Ontario Institute of Technology.

Kelvin Zawadiuk was associated with Blood & Honour when the group was especially active in Alberta. Back in 2011, three members of the hate group were charged with committing a series of assaults in Edmonton as they were engaged in flyering. One of those individuals, James Brooks, was also the "star" of a film being directed and produced by Zawadiuk:

"James is a really intelligent guy, really charismatic," Zawadiuk said. "He has a real screen presence and he was perfect for this, a skinhead character. It's an ode to the 1970s and 1980s exploitation movies, a character study, a man descending into madness. It's just meant to terrify you."

But Zawadiuk wasn't just interested in the far-right for "artistic" reasons. He also very much shared the ideology of Brooks and the other members of Blood & Honour and was supportive of Robert Reitmeir when the latter was accused (and later convicted along with Tyler Sturrup) of murder: 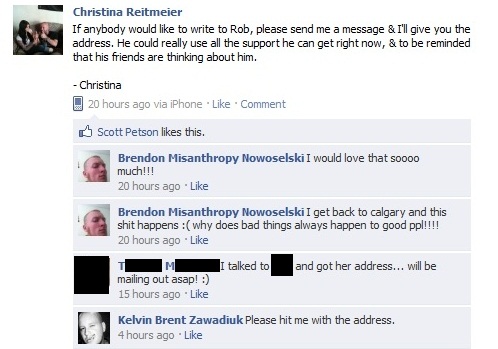 Despite supporting two members of WEB that had broken with the then Aryan Guard, Zawadiuk also appears to have been close to Aryan Guard founder/leader (later rebranded as Blood & Honour) Kyle McKee and other members of the group: 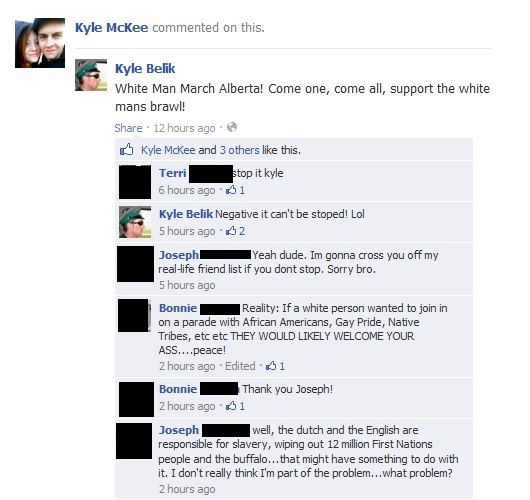 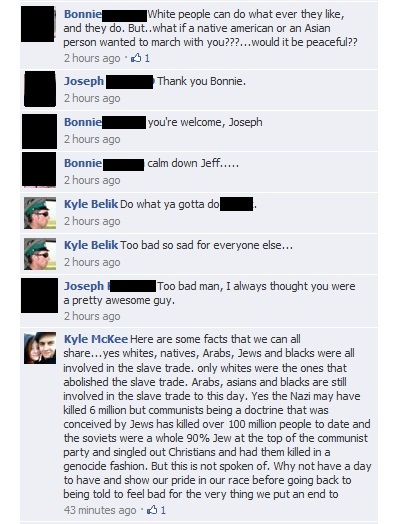 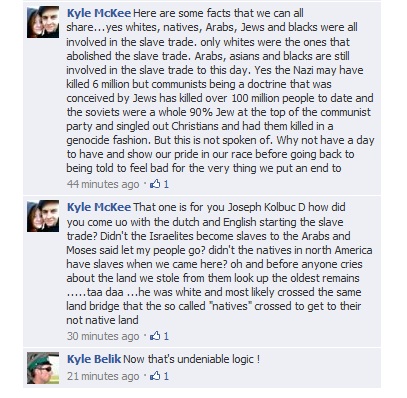 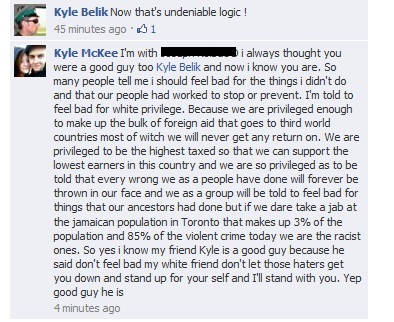 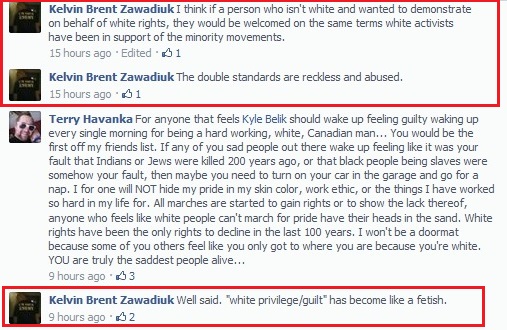 Finally, Zawadiuk was invited to B&H events in Calgary as recently as 2015, though it isn't certain if he attended: 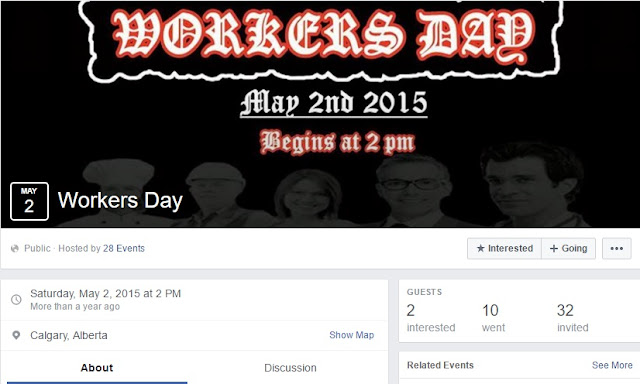 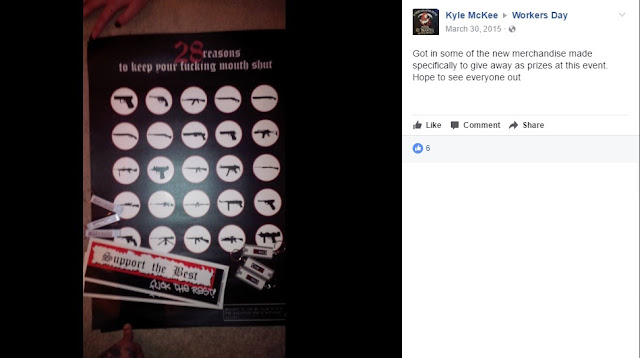 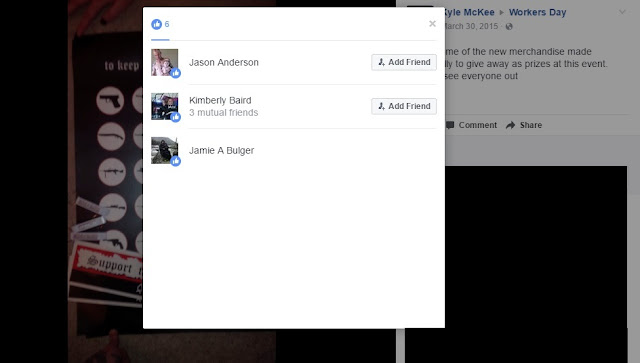 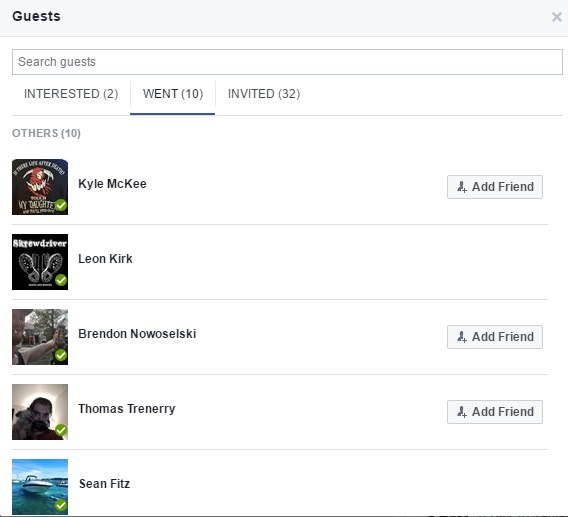 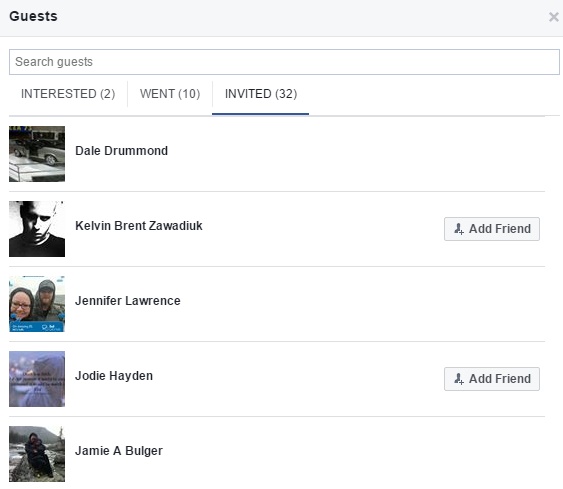 Now while Blood & Honour in Alberta seems to have declined since McKee and his partner Chelsea moved to New Brunswick to become one of the go-to tattooists for the Northern Guard, the hate group is still a going in the country even as they attempt to remain under ground.
Posted by Nosferatu200 at 18:35