Almost two months ago in May members of the Quebec III% militia assaulted, detained, and stole property from a counter-protester. That counter-protester's personal information was then published. As of today it doesn't appear that police have conducted even a rudimentary investigation despite at least one of the people involves in the assault being identified.

Members of that same militia later provided "security" at a protest organized by Faith Goldy and other far right individuals and groups such as the Proud Boys and (unofficially) ID Canada (formerly Generation Identity Canada):

At one point white nationalist Ronny Cameron mistook the III% for real law enforcement. Granted, Cameron IS an idiot, but that this occurred should raise alarm bells.

In 1970, the then prime minister said regarding the threat posed by the FLQ that, "society must take every means at its disposal to defend itself against the emergence of a parallel power which defies the elected power in this country." While I certainly don't agree that the imposition of the War Measures Act was at all justified, there is a point where groups like III% militia are of concern because the more they are allowed to engage in the trappings of a legitimate arm of law enforcement, the more provocative and ultimately dangerous they become to the general welfare of everyone. Add racism and Islamophobia to the mix and the danger is amplified even more: 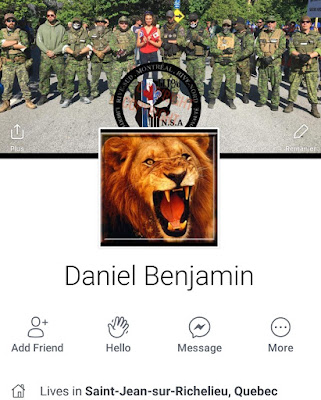 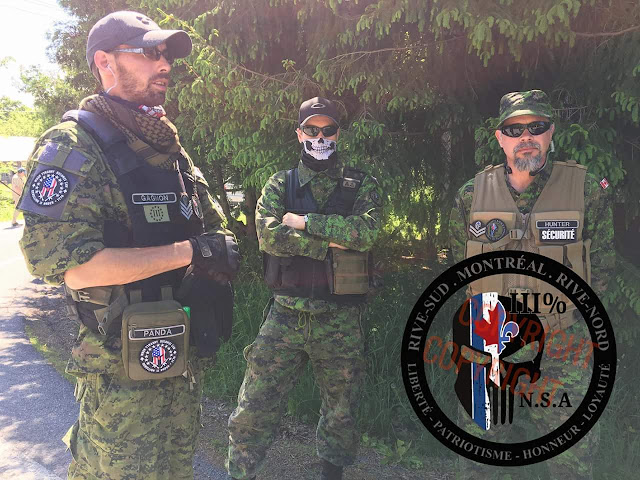 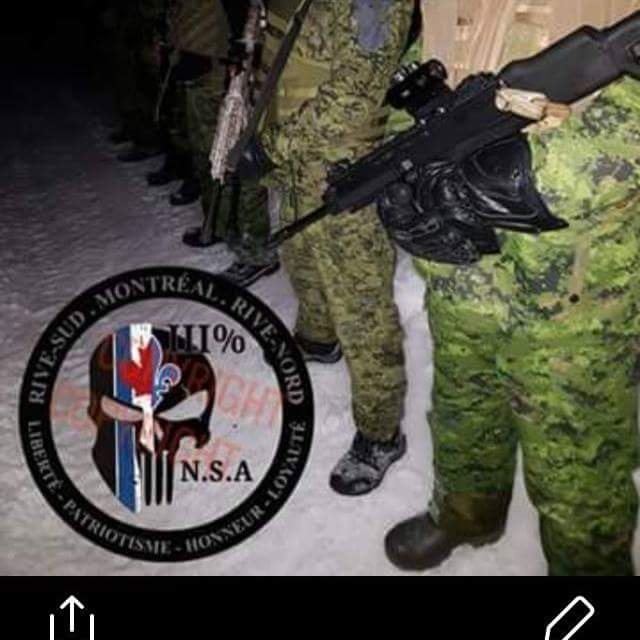 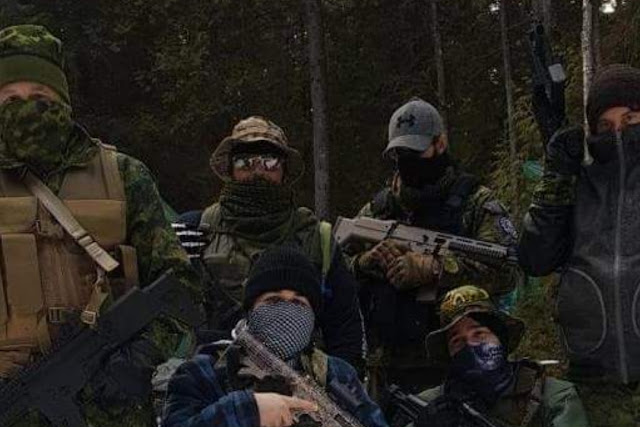 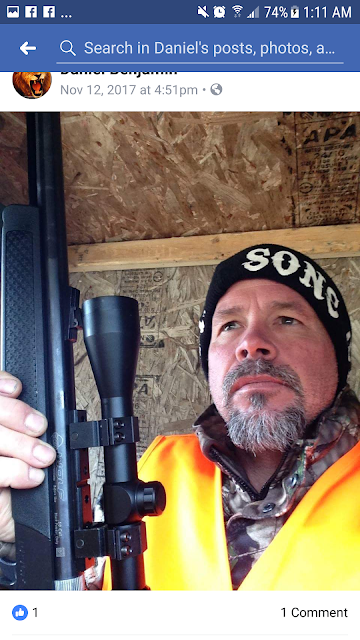 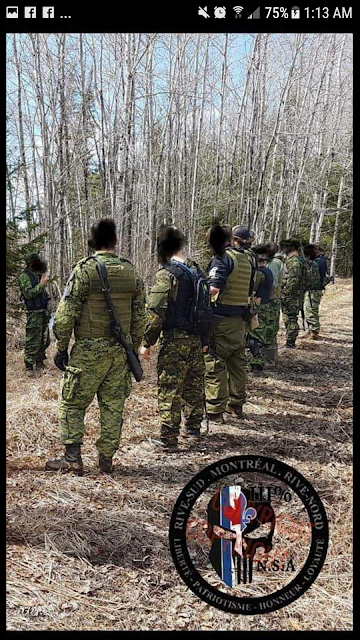 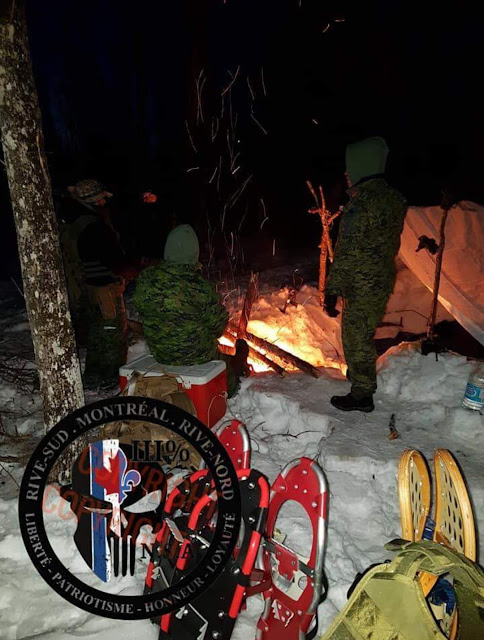 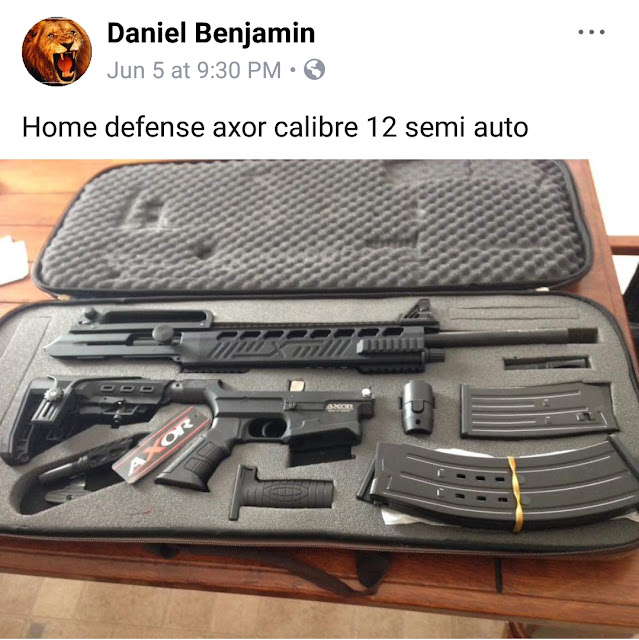 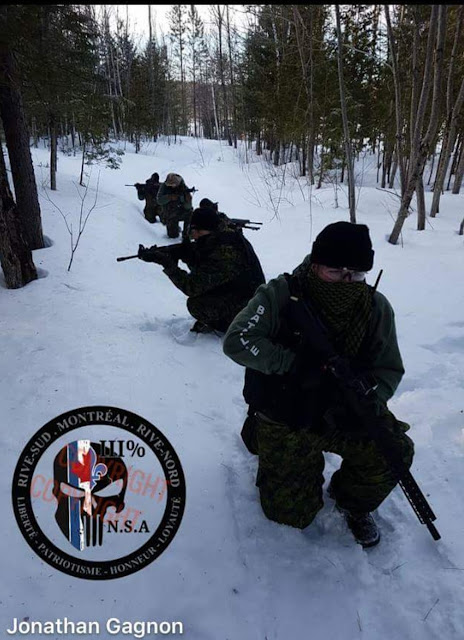 Right now III% members in a number of provinces are writing about lynching individuals acquitted in criminal trials whom they think should have been convicted as well as the judges who ruled in those cases. They are writing about finding the man currently out on bail and making him disappear. They are writing about extrajudicial killings ideological opponents and assassinations of politicians. Much of this has already been documented on this blog already.

These recent examples come from the III% Alberta group: 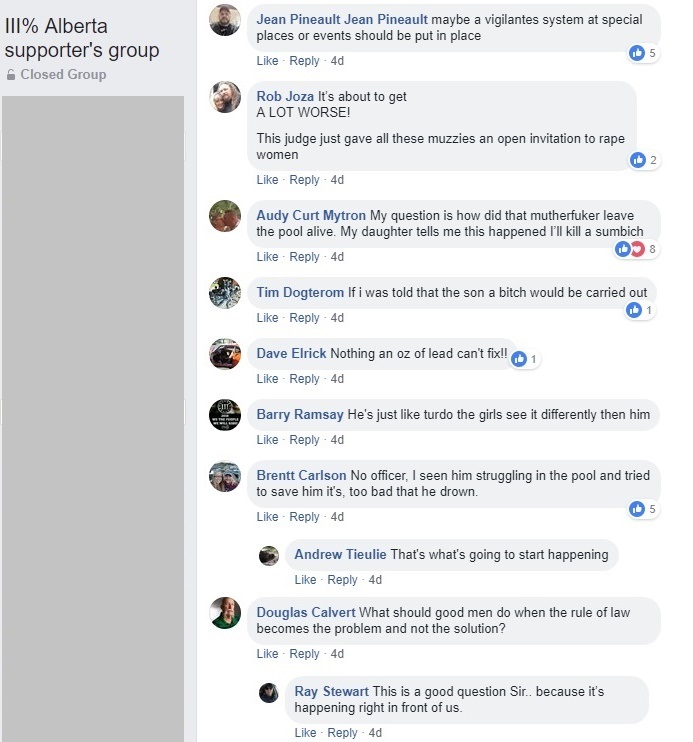 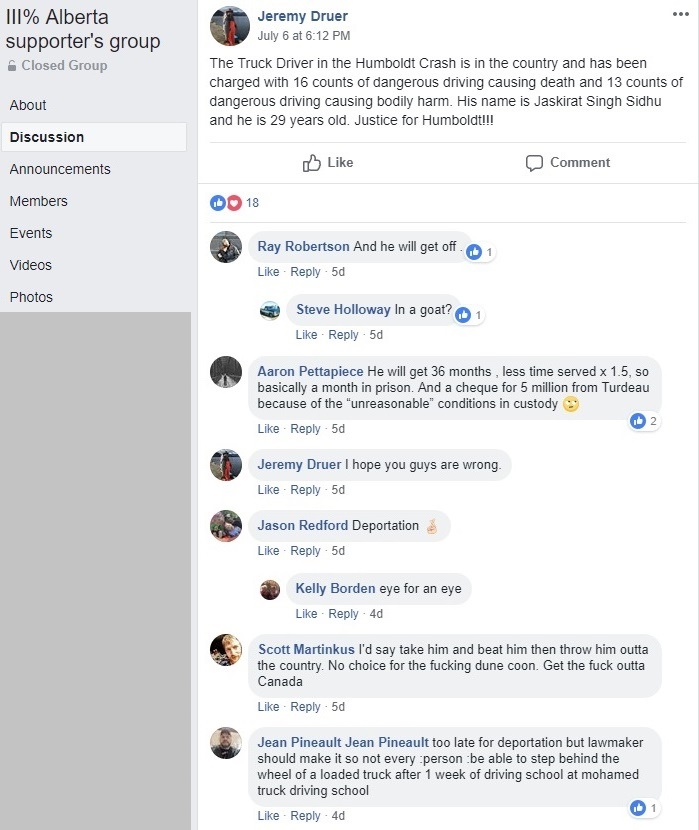 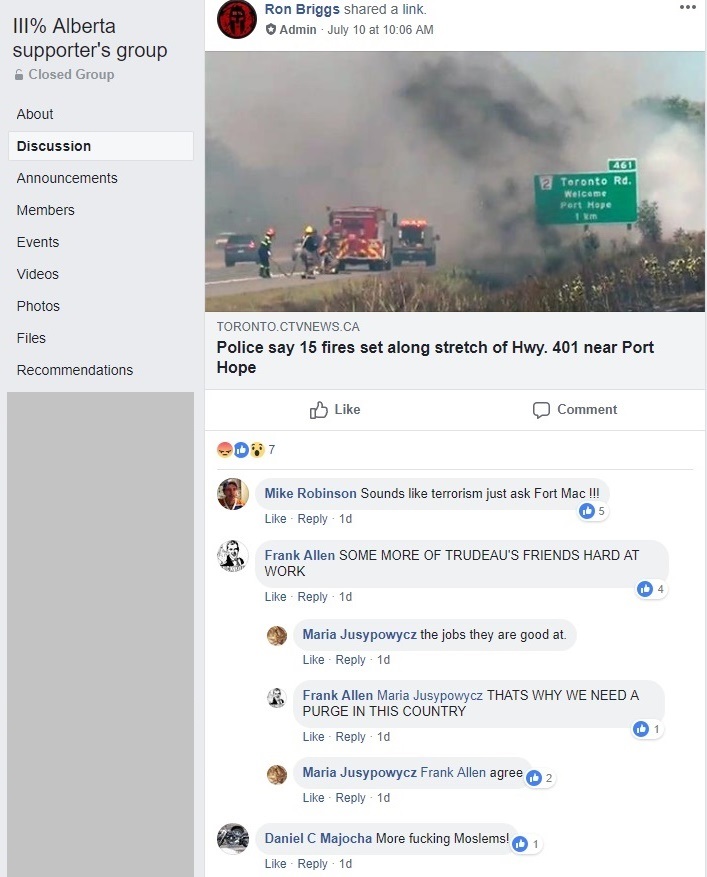 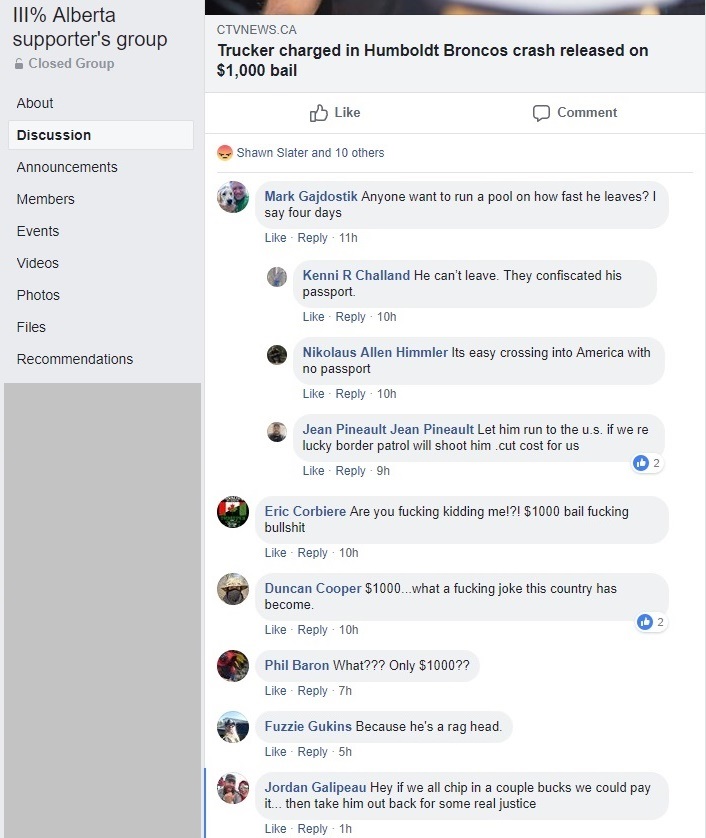 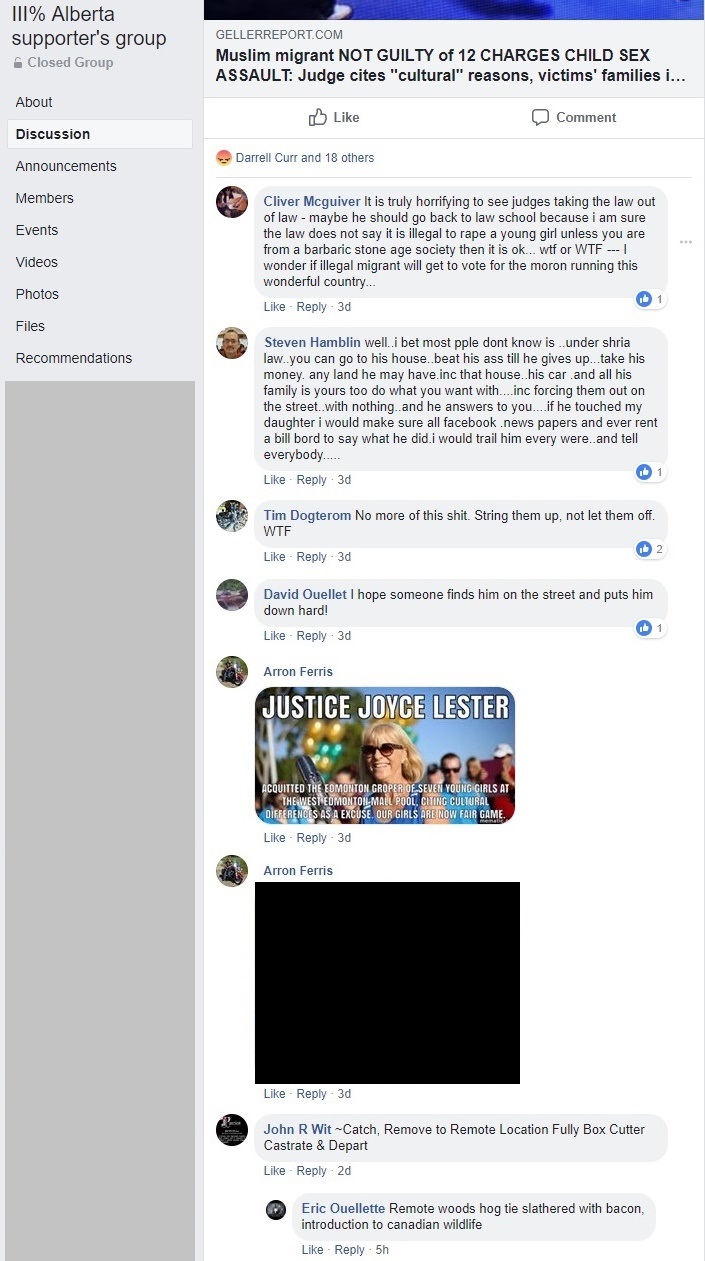 I wonder what it will take for this danger to be taken seriously?
Posted by Nosferatu200 at 01:16

Losers driven by fear. So scaaaaaared of the helpless people who cross the border for a better life. Chickenshit nationalists not patriots

That Jeremy and Duncan in that exchange couldn't power a 20 watt light bulb with their combined cranial capacity. It is so sad when first cousins marry.