Those of us who followed the failed La Meute march this past Sunday expected that they would attempt to spin it as some sort of success despite what was obvious to all involved:


What wasn't expected was how they would spin it in an attempt to favor themselves and cast aspersions on those who opposed them: 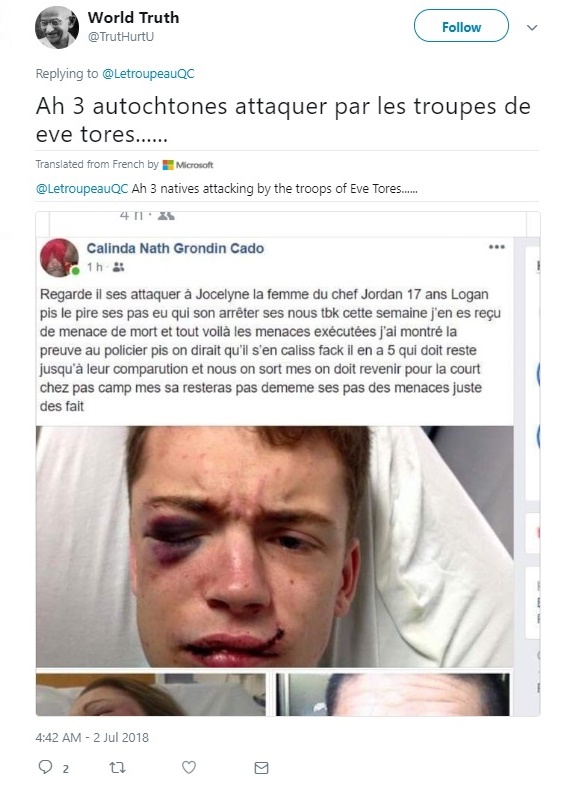 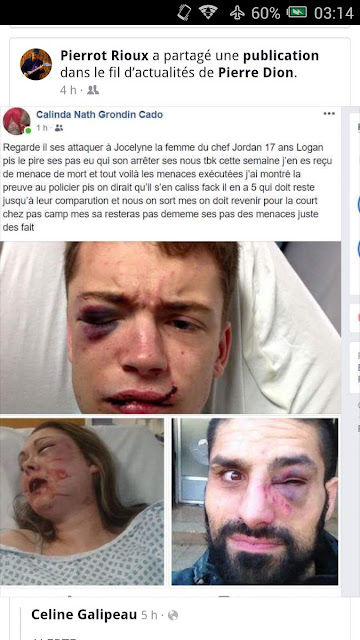 Sébastien Chabot is referring to an incident he is claiming occurred when a group of who he characterized as First Nations supporters of the Front Patriotique du Québec tried to join their rally but were prevented from doing so. When I asked a friend from Quebec to confirm to me what La Mute spokesperson Chabot was claiming, I received the following reply:

I suppose I shouldn't be surprised by this claim as it echoes those made after every far-right rally where they claim to be the victims of "antifa" violence; more often than not, the far-right members have been documented engaging in the most egregious violence while suited up in paramilitary gear, though they inevitably claim self-defence. Bryan Trottier, the Ontario head of the CDN Wolfpack (essentially an English language chapter of La Meute) also claimed that during the La Meute rally "antifa" had attacked their membership. When I asked a friendly reporter on the scene, he told me the groups were separated at such a distance as to make this claim laughable.

So Chabot claim was taken with an immediate grain of salt:

The photos seemed false to me and others as well but before I even had a chance to check on their authenticity others were already on the case.

You will not at all be surprised by what they found: 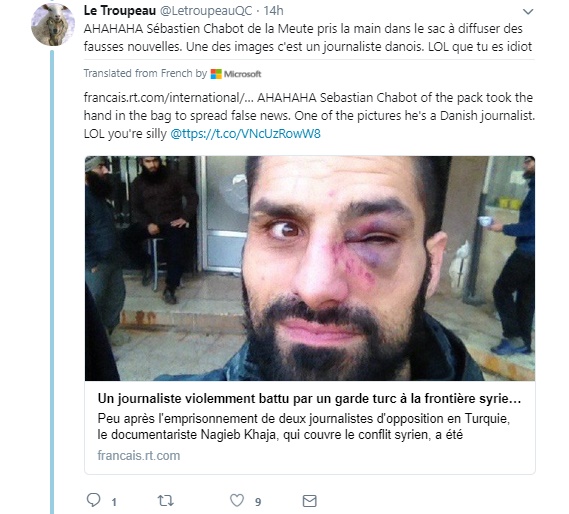 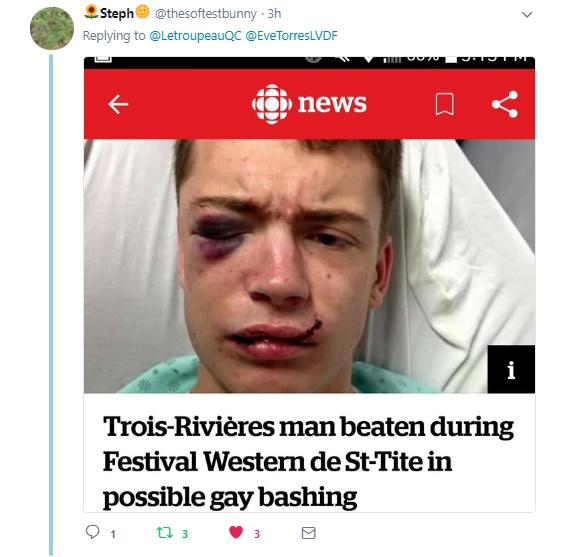 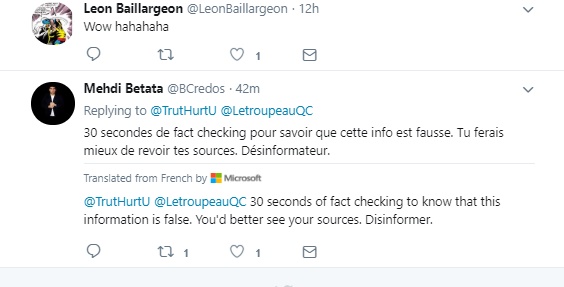 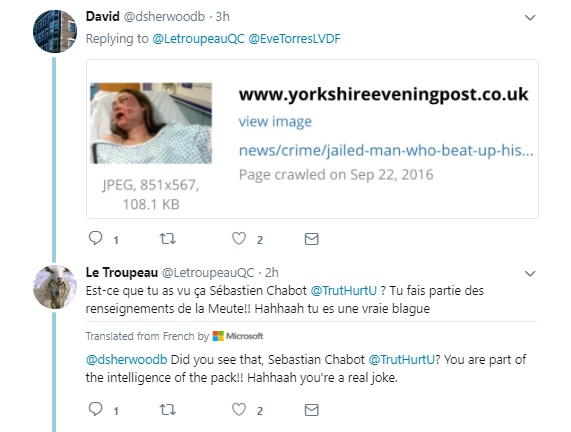 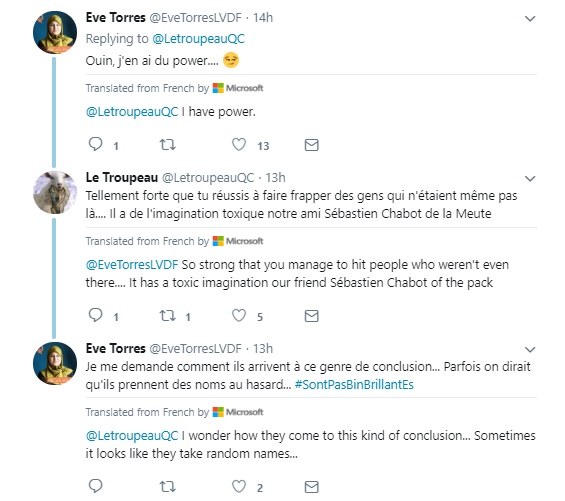 For more detail, head on over to Montréal Antifasciste (I'll provide links to both the French and English translations):


Chabot has since deleted the original tweet so one would think that, having been caught disseminating false information (i.e. lying) that he would slink off with his fury wolf tail between his legs and lick his wounds.

One would be wrong however as Chabot has instead doubled down on the claim: 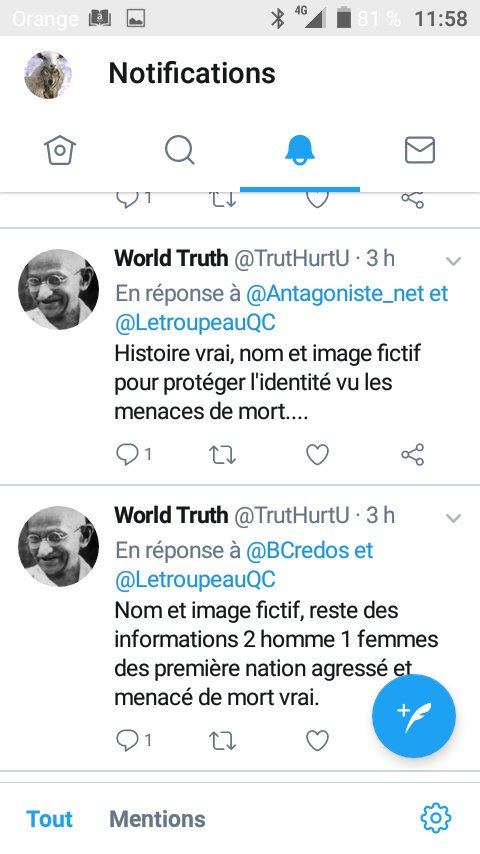 So there really WAS an attack and that they used fake photos merely to protect the victims?

And even his own supporters are calling him out: 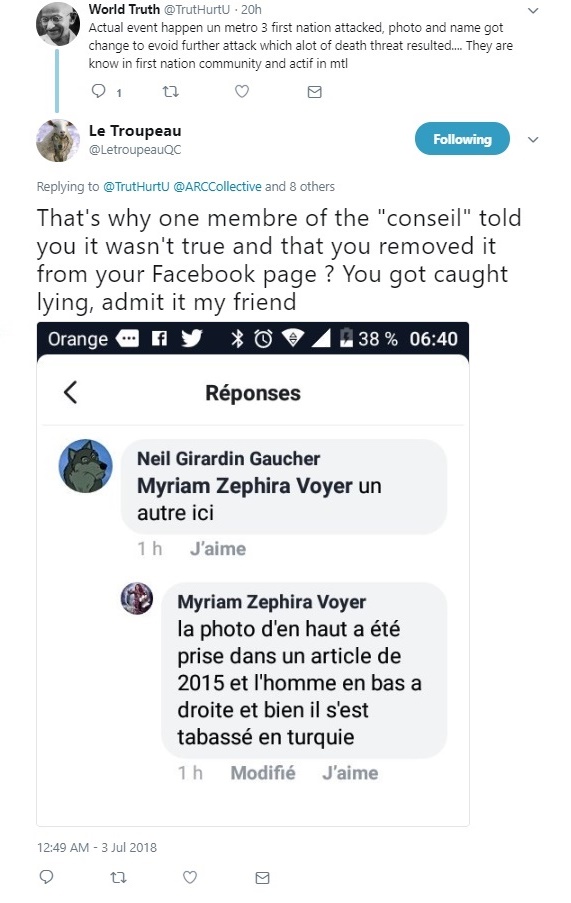 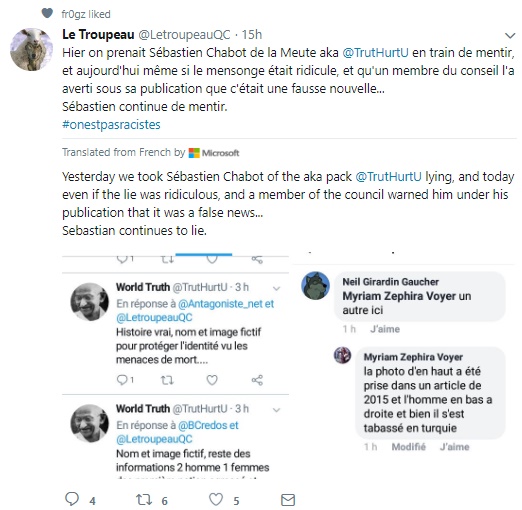 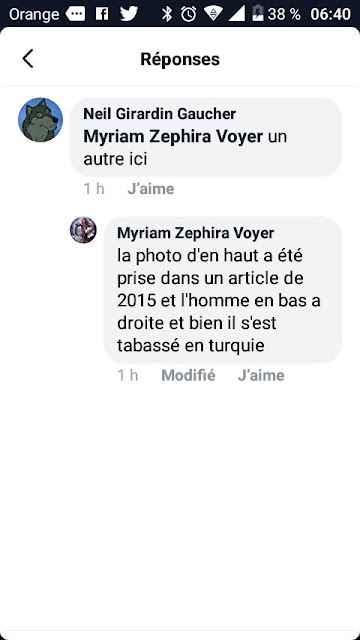 At this point, should we not just assume that La Meute are lying when they make all sorts of claims such as.... oh, I don't know.... like they aren't racist dirtbags?

That's a rhetorical question.
Posted by Nosferatu200 at 01:13