The Far-Right, Neo-Nazis, and Racists Running For Municipal Office.... So Let's Have Some Fun With This

By this point in the evening a lot of people who monitor the far-right in Canada have noticed that Faith Goldy has submitted forms and is running for mayor of Toronto:

A woman who
-got fired from The Rebel for appearing on a Neo-Nazi podcast
-was the key player in a Quebec mosque shooting truther movement
-recently promoted a 1930s book concerning “the Jewish menace”
is running for mayor of Toronto.https://t.co/US9bxet0Ol
— VICE Canada (@vicecanada) July 27, 2018


Ms. Goldy joins the long list of far-right, neo-Nazis, and run of the mill racists who have decided to throw their hat into the political ring.... 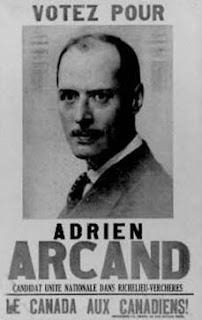 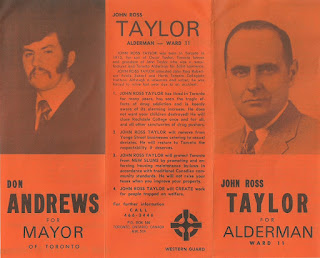 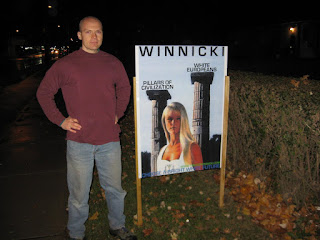 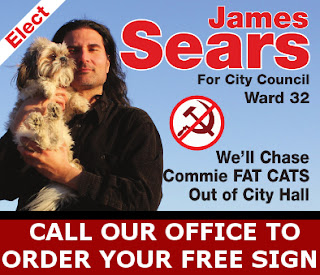 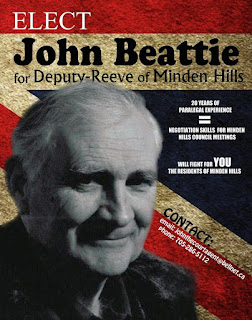 .... and she is most likely doing it for the exact reasons that others of her ilk have as well:

One quick note on Goldy. After being demonetized on patron, paypal, etc for, you know, being a white nationalist, this "mayoral run" is almost certainly not calculated but out of desperation.
— Mack Lamoureux (@MackLamoureux) July 27, 2018

Already the following have announced their respective, and ultimately futile, runs for public office:
Now Faith Goldy joins this august group by running for mayor of Toronto.

These people are running not because they believe they have a chance of winning, though I suppose some might have been able to delude themselves. In general they run so that they get publicity and support, albeit from the fringes, and thus more people who might be able to make donations. And of course many of them are narcissists who just want others to pay attention to them and to take them seriously.

I would prefer not to pay attention any of them, but I also can't help but think that this offers and opportunity for us as well: 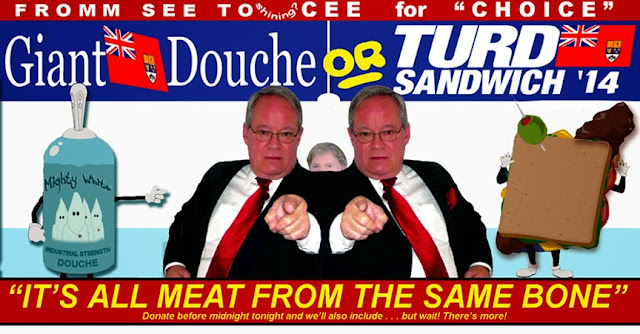 ARC has run contests in the past in which our readers have either taken an existing political poster and modified it or have created an entirely new one. All of these have focused on making fun of Paul Fromm's efforts, such as the one from his 2014 campaign for major of Mississauga.

As I was pondering Ms. Goldy's entry into municipal politics, I thought that maybe we might hold the contest once again, though expand the reach somewhat.

What I am proposing is a two part contest in which the winner will be awarded $100 for creating the most informative AND political poster mocking any one of the following candidates:
When you have created your poster, send it to the following email address:

From those that have been sent, I and a jury will pick the best example of each far-right candidate. I will then inform those who have made the short list. These short listed posters will be published to the blog. The deadline for this part of the contest will be September 3 to September 14.

Now this is where the contestant and ARC readers will help to determine the winner.

Each poster posted somewhere within the city or ward the candidate running in will be considered as a vote for that poster. A photo of the poster sent to the above address will constitute evidence and will be counted as a vote. The designer of the short listed poster may put up as many as he or she like and any reader can do the same. Part 2 of the contest will go from October 8 to October 19.

Rules that I expect to be followed:
In short, feel free to be an asshole, but use some common sense and don't be a dick. Make fun of these clowns because they deserve it and because they hate being laughed at.

Because I'm spit-balling this all as I write it I reserve the right to change dates as needed to to include other information that I didn't think of initially when setting out the rules and conditions. I might also have to speak to a lawyer to make sure that this contest is legal since part of it involves some public postering.

Stay tuned for more details.
Posted by Nosferatu200 at 20:15