The Worldwide Coalition Against Islam (WCAI Canada) in concert with the Canadian Combat Coalition (again, really?) is planning three events in the coming few weeks. The first is one that will not be discussed until after it takes place; I believe ARC's readers will understand why I made this decision when it is reported on. The second is the June 3 event that was to take place in Edmonton to mirror the "A Million Canadian Deplorables March Against Trudeau" in Ottawa, however the shit storm (see here and here) that resulted has caused Joey De Luca and Ryan "Toot" Dean to plan their own event in Calgary.

It will be a MASSIVE rally on June 24! Hundreds, if not thousands, if not HUNDREDS OF THOUSANDS will attend!

Well, maybe not that last part, but given the hyperbole that Joey De Luca has engaged in, who knows? 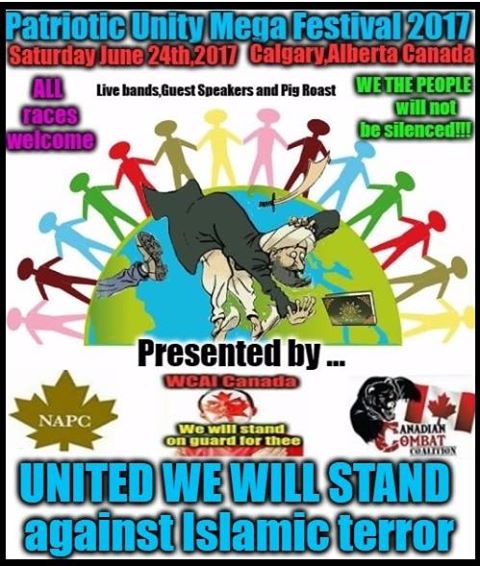 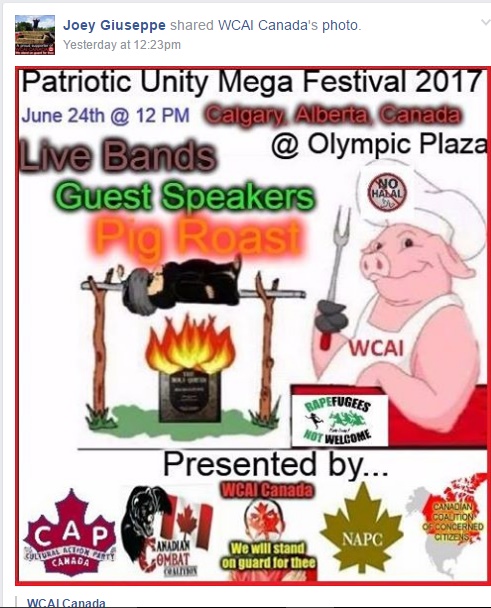 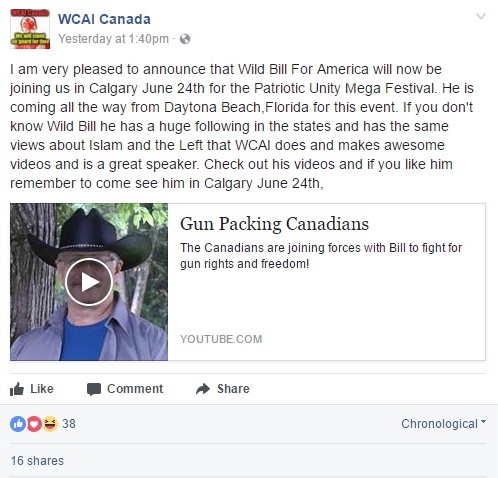 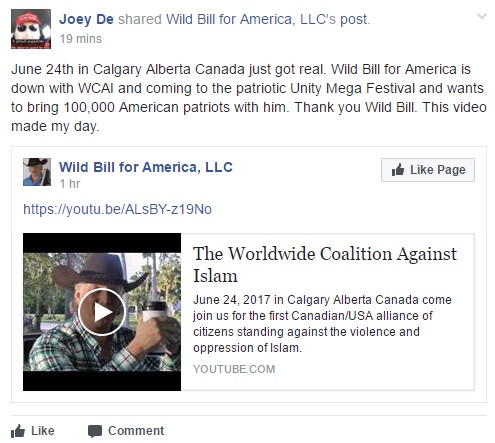 One has to give Joey credit for his ambition I suppose.

Still, even before the infighting really took off, there were some signs that there might be trouble in paradise: 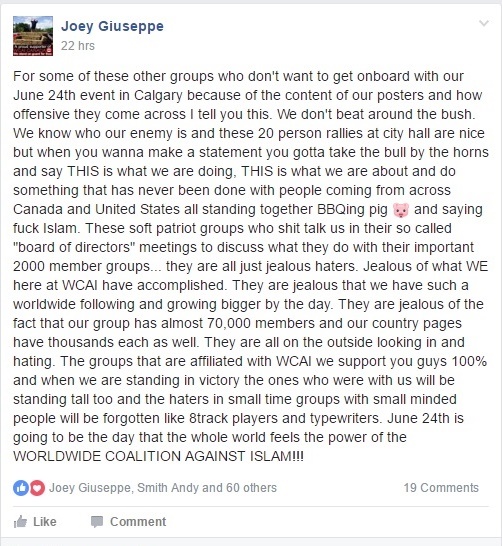 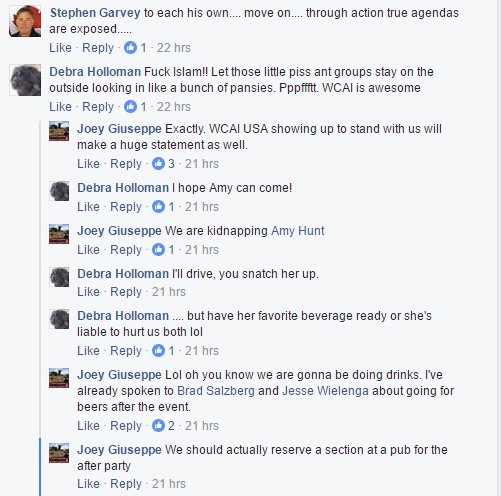 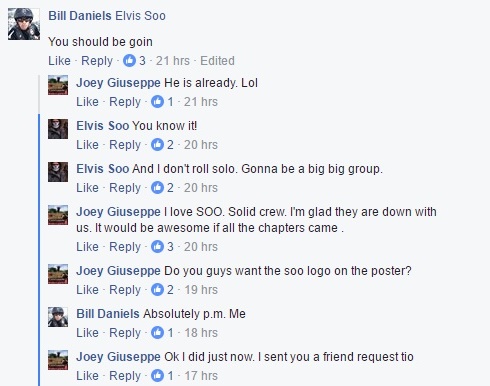 There were some Islamophobic groups that didn't want to have their names associated with a group that would depict the roasting of a Muslim on a spit.

And then there's this:

Oh, THAT is what the WCAI is all about, is it?
Well, it seems that some erstwhile allies aren't really enamored by this particular display of maturity either.... because they are jealous.... I guess.

Then there has been the WCAI's efforts to raise money for their event on Go Fund Me: 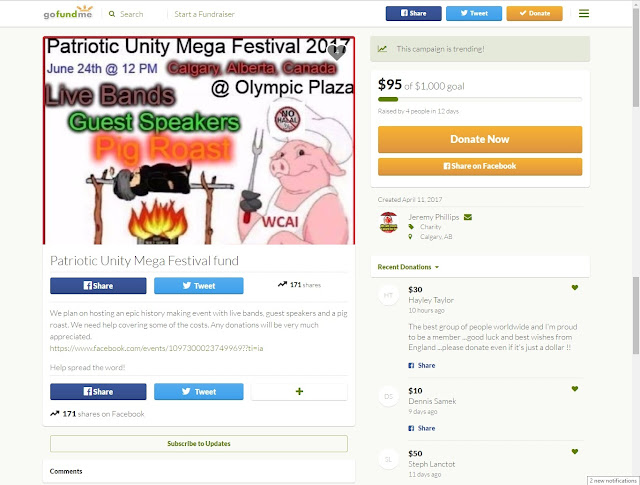 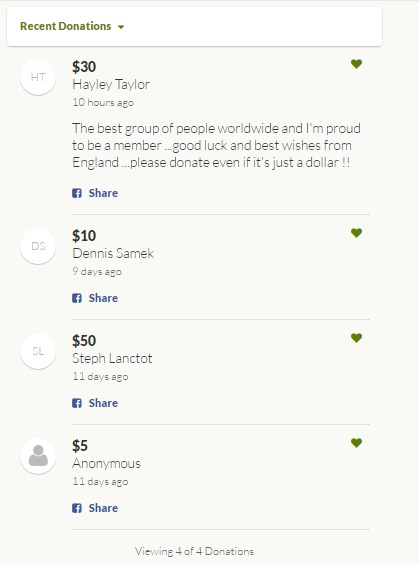 This reflects their first attempt to raise money for the potentially 100,000 people who will be attending.

To add insult to injury, the Go Fund Me page was taken down, resulting in a second attempt as promoted by Christopher Hayes: 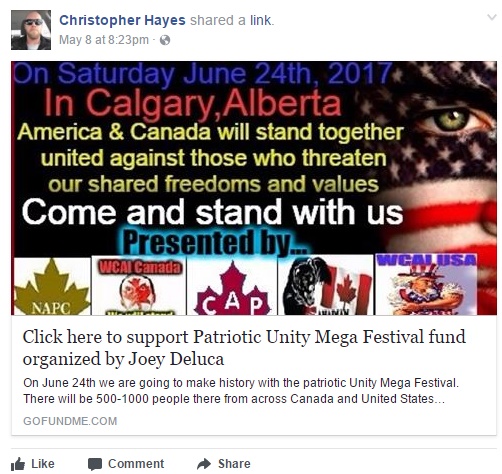 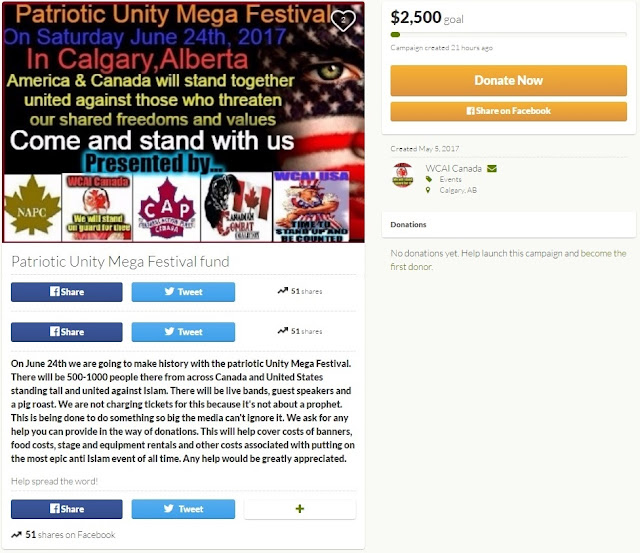 This too was taken down before a significant amount of money was amassed.

I wonder who ever reported these two fundraising attempts to the fine folks at Go Fund Me?

The biggest problem though has been the venue.

Joey had originally planned to hold the event outside city hall in Calgary at Olympic Plaza. And much to my surprise, he actually did have the foresight to apply for a permit.

And how exactly did that go exactly? 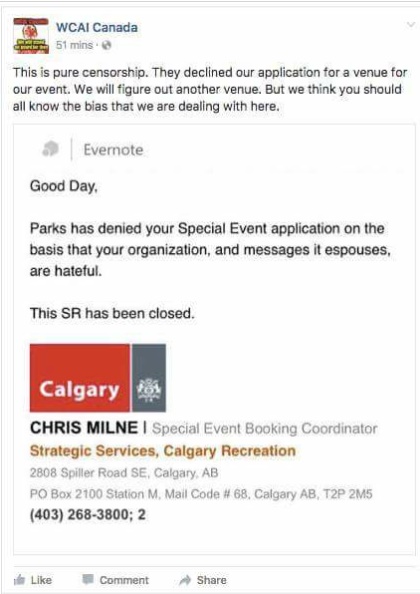 Now why would Joey's baby go and get itself denied a permit? 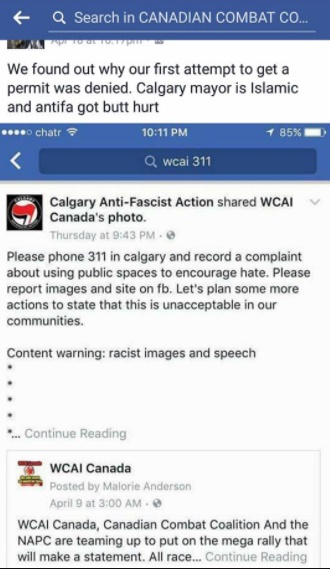 I don't think they took the news very well either. 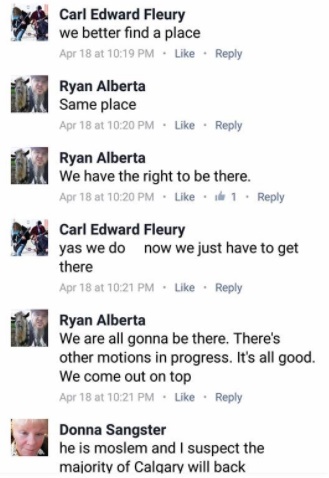 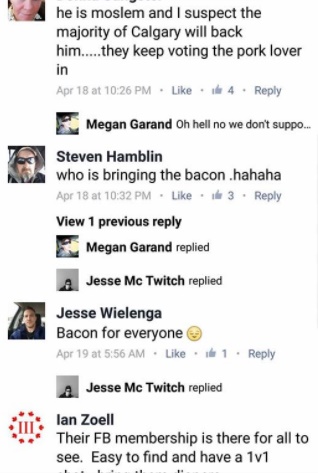 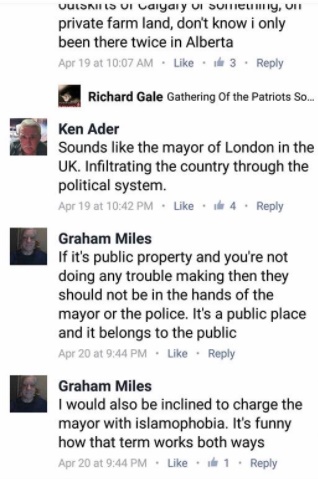 Now while Ryan Dean has insisted that they will hold their event at the same place regardless of niceties such as the law, all indications are that they have moved to another location: 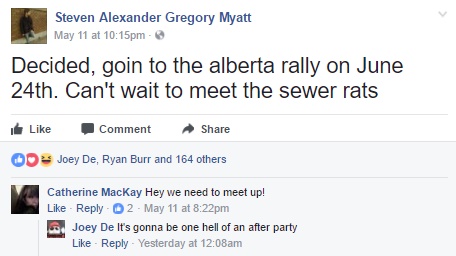 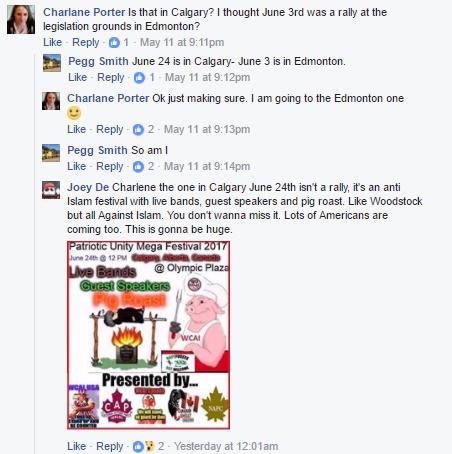 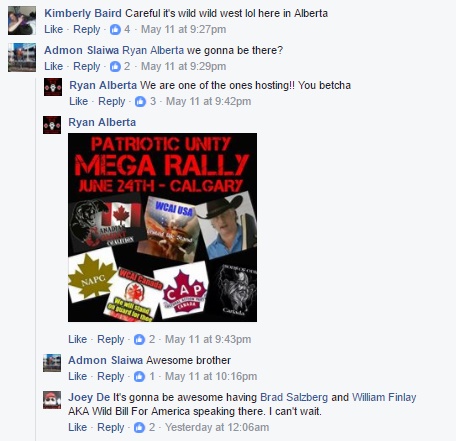 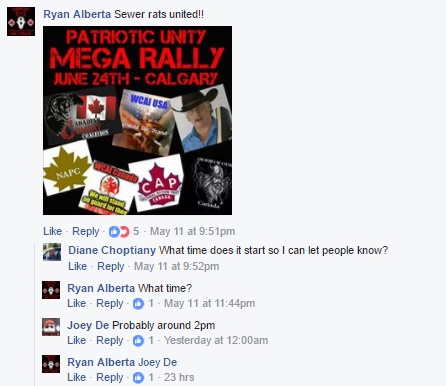 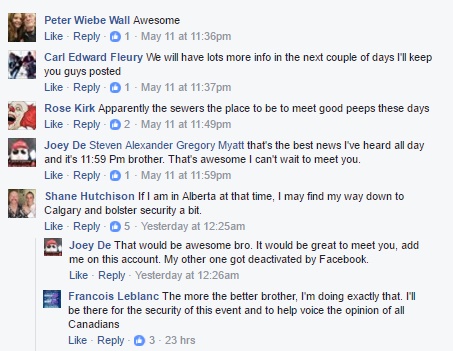 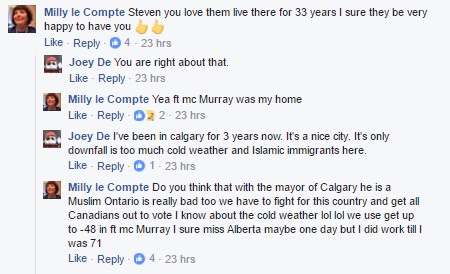 So, they don't really have much in the way of money.

The venue, if they have one, is likely under an assumed name and if discovered, will likely be cancelled.

And they are expecting numbers which I personally don't believe they will come close to getting but, if they did, would prove to be a logistical nightmare. But if they don't get the numbers they expect they will be embarrassed. 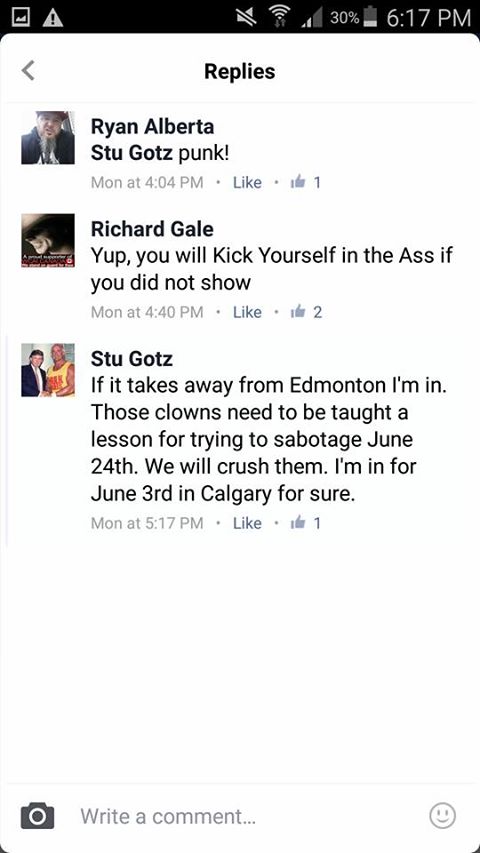 Thank you again for your "work".