Looky Who's In Calgary Now

Truth be told we've known about it for a while now, but we wanted to see if he actually made the trek out West.

Andrew Benson is now in Calgary, thus lowering the cumulative IQ of the city by 0.002. The IQ of the bonehead community, already low, drops 7.9 points.

A while back the Aryan Guard tried to encourage their fellow travelers to head to Alberta and bolster their ranks within the city. Those were heady times for the boneheads as they sought media attention, however Benson might be a bit disappointed by the state of affairs in the city now: 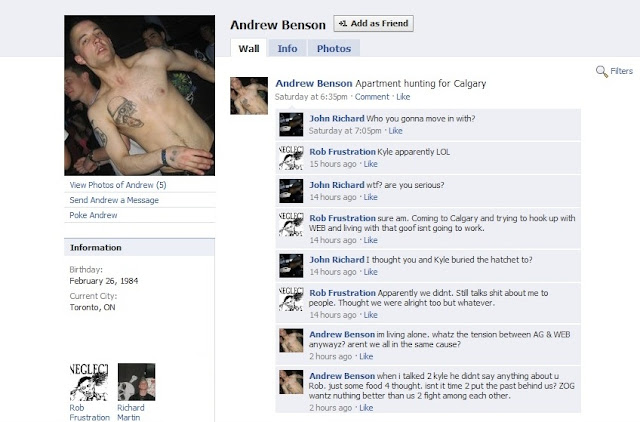 Now, we know what you're thinking. Where is Benson's sidekick and life partner Richard Martin? Surely he must have come with his little buddy? To be sure, he was, and is, invited by Benson, but there's that, whole being in jail thing that's getting in the way of travel plans: 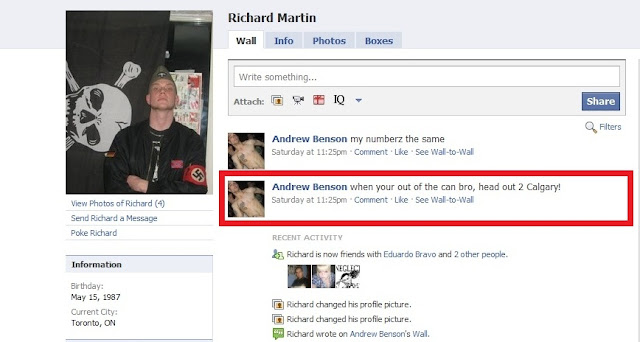 Richard Martin, on the other hand...

Good! If we can concentrate the scum of the movement in Calgary, the rest of us will be better off lol.

"Good! If we can concentrate the scum of the movement in Calgary, the rest of us will be better off lol."

Really? the scum of the movement? isn't that like saying "he's such a friendly serial killer"? just a slight contradiction, jackass.

We don't want nazi trash in our city!!

thank fuck he's out of toronto, i used to see this andrew benson rat loitering around sherway gardens alone (surprise) all the time.