This past weekend ARC received a disturbing report out of Winnipeg: 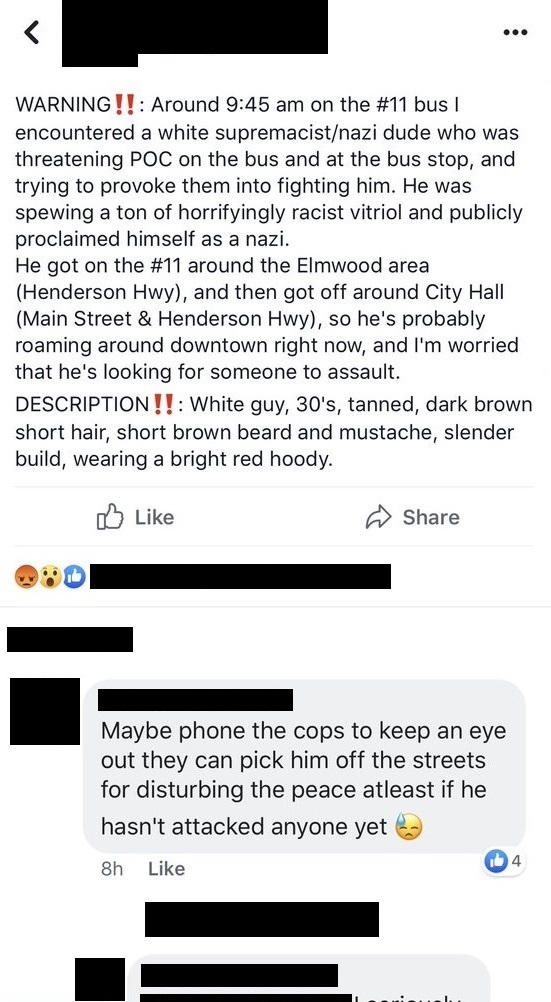 When the individual posting this message was contacted they were sent a photo of someone who appeared to fit the description. That individual was Bill Noble:

Noble is of course a figure who we at ARC are well familiar with as he was an early member of the Aryan Guard in Calgary. Prior to his involvement with the Aryan Guard Noble had spent 4 months behind bars having been convicted on hate crime charges (upon release he almost immediately violated the terms of his parole for which he received no sanction). He also appears to have been the individual who helped hide Aryan Guard leader/founder Kyle McKee in Winnipeg when he fled Calgary facing charges of attempted murder; McKee was eventually taken into custody and put on trial where he eventually plead guilty to lesser charges of possessing bomb making materials.

Aside from acting as the moderator for the mostly moribund Canadian section of Stormfront, Noble has been relatively quite in Winnipeg so this escalation is a cause for concern. In fact he had been so quiet that I had stopped keeping an eye on him however this news resulted in a check of his social media.

Perhaps not surprisingly Noble has found a new cause to support: 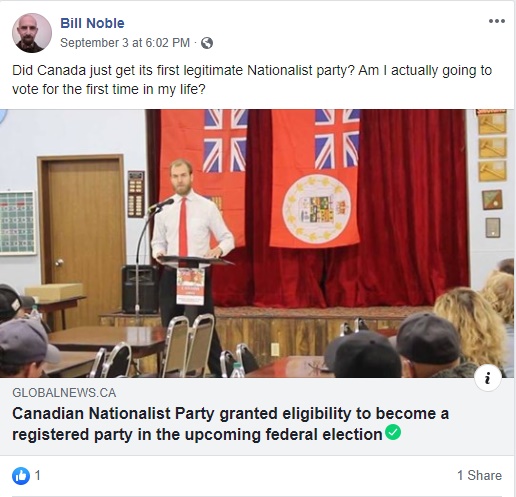 Of COURSE the unreformed neo-Nazi would be drawn to the Canadian Nationalist Party! In fact Noble has been promoting the CNP quite frequently since learning of their existence: 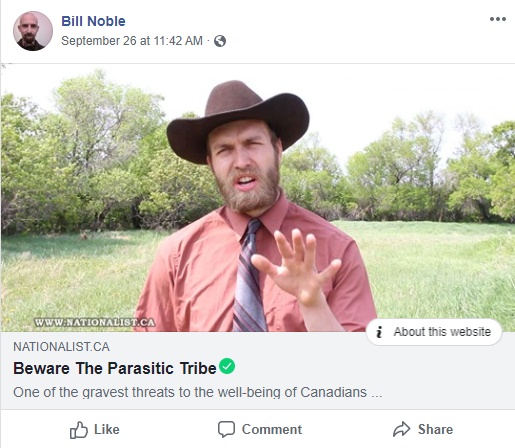 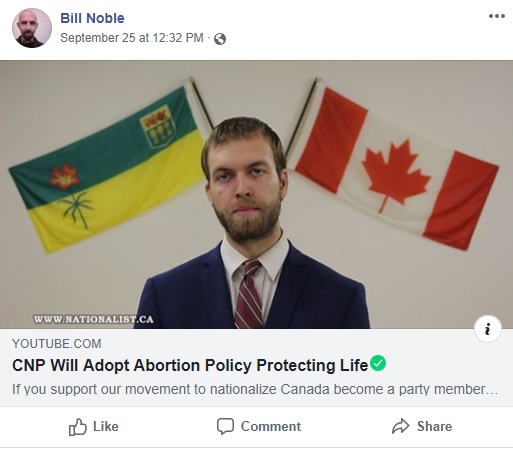 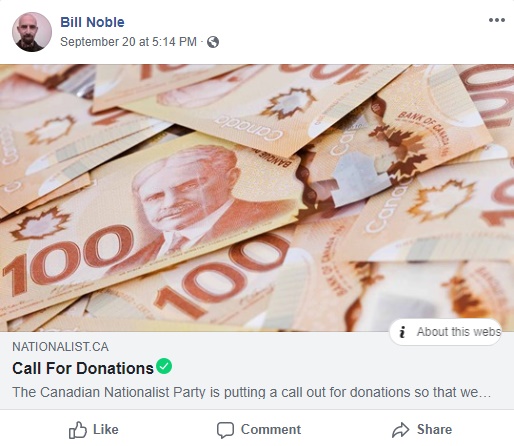 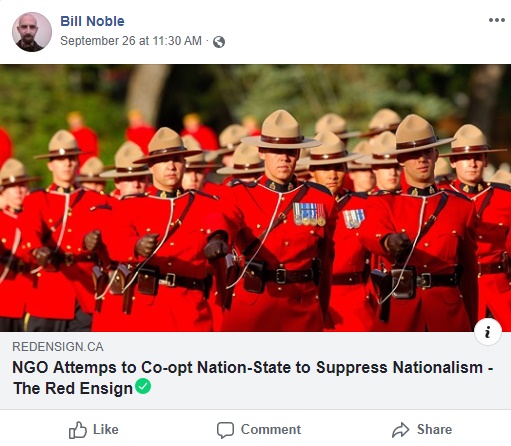 Noble also took note that ARC published the list of CNP members so in an act of solidarity that, if CNP wishes to continue to deny they are a neo-Nazi party might charitably be described as "not helping", he has reached out to members on the list in Winnipeg:

That's right eagle-eyed readers, that IS former Rahowa lead singer George Burdi commenting on this thread. Burdi himself had claimed to have rejected the racist movement, but a few years ago quietly reinserted himself into it and is a full-on "white nationalist" once again which certainly calls into question his initial defection.

In any case, if you come across Noble in Winnipeg ARC would advise you to act cautiously. He's still skinny as a rail but that doesn't mean he isn't a potential danger.
Posted by Nosferatu200 at 00:28