On September 29 Maxime Bernier held a PPC fundraising event in Hamilton, featuring Dave Rubin. There were a number of scuffles at the event, and eyewitnesses informed us that not only did the Proud Boys assault multiple people, but that Hamilton Police Services refused to take any statements and instead focused exclusively on antifascists.

On October 23, HPS announced the arrest of 4 antifascists in connection to this event, including the eldest son of the Al-Soufi family, recently written about on ARC due to the barrage of hate they received, prompting them to close their restaurant temporarily. Rick Boswick, Lily, and Ed Jamnisek are currently under Toronto Police investigation for their roles in the harassment campaign.

While the charges are obviously trumped up, and it's clear at this point that HPS is behaving in a manner that encourages and fosters hate in their community, there are two specific altercations from that event that we must draw attention to.

This situation is particularly egregious due to some of the charges against antifascists involving their use of masks - "mask with intent."

As you can clearly see, Unnamed Proud Boy is wearing...a mask.

Tim Kelly even brags about it on his YouTube channel: 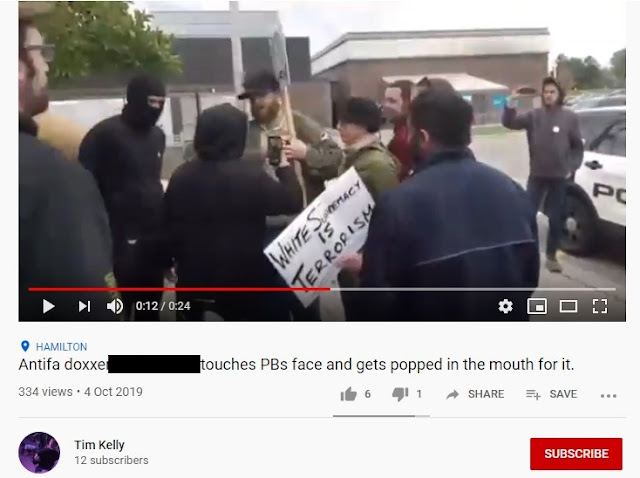 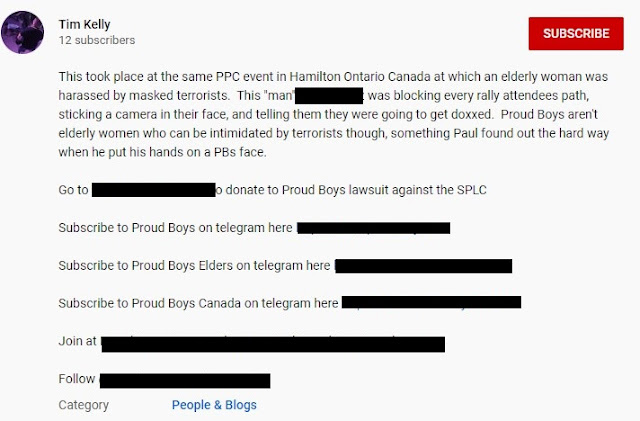 Proud Boys confirmed on Telegram that they worked as security for Bernier at the event: 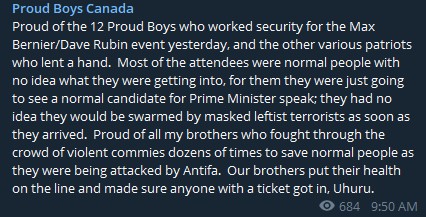 This was also confirmed by eyewitnesses. It's pretty clear that the men assaulting an antifascist protester and tearing his sign are Proud Boys. I mean, look at those haircuts. 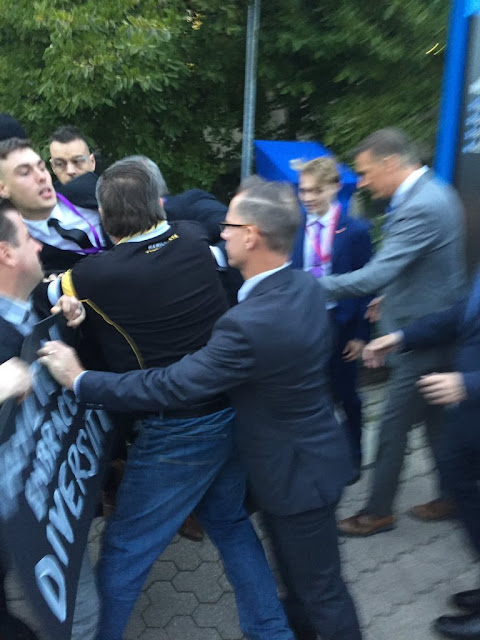 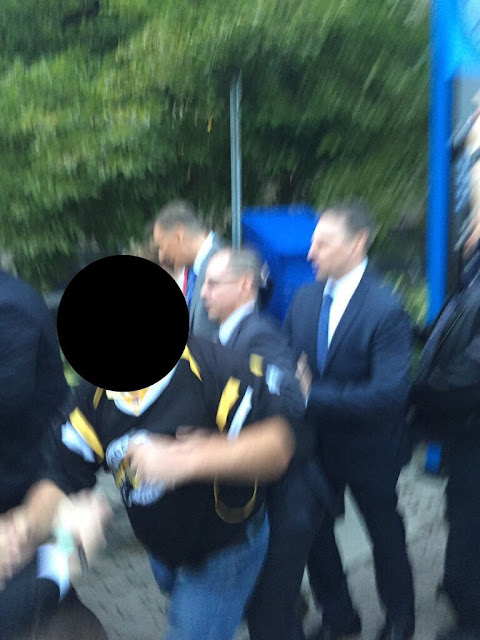 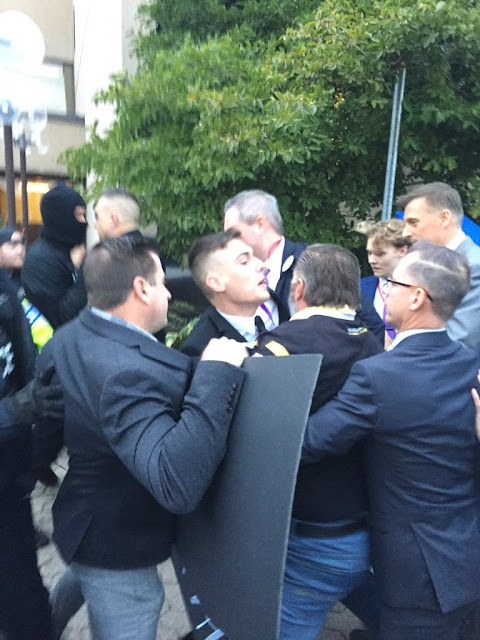 Hamilton Police Services should be downright embarrassed and ashamed.