As many may know we have been monitoring the activity of the yellow vest groups, especially their online activity for 10 months. Since we began this project we have seen yellow vest members mention monitoring polling stations:

To be fair some of the Yellow Vesters pointed out that this wouldn’t be a good thing, but many did agree: 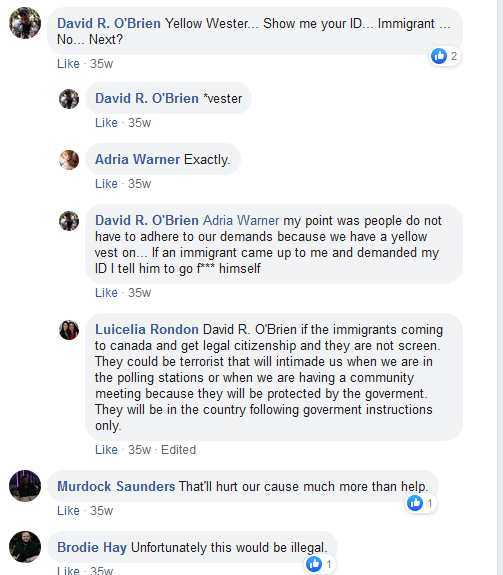 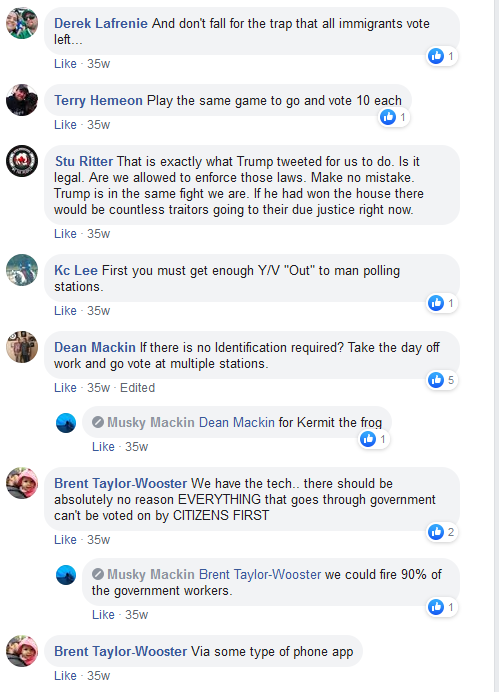 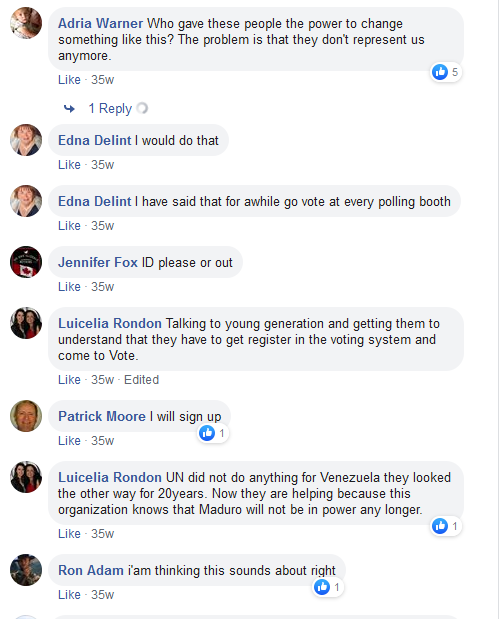 Now it’s unlikely that most Yellow Vesters will engage in any kind of poll monitoring, however recently Yellow Vest member Richard Todish was filming outside of an advanced polling station in Orillia, Ontario:

If anyone approaches you near a polling station (especially in a yellow vest) you do not have to comply with them unless they work for @ElectionsCan_E and provide proper identification. If an unidentified person hassles you, find an Elections Canada rep or contact the police. https://t.co/1gMvjzK9bJ
— Yellow Vests Canada Exposed 🏴 (@VestsCanada) October 2, 2019

Here's an update on Richard Todish, the yellow vester that was filming outside a polling station in Orillia, Ontario. He was warned that if he continued to do so, he would be charged with mischief.

He makes a false claim that citizens can check people's Id at polling stations, suggesting that he may wish to monitor on election day. Please know your rights in regards to this.

He is not the first yellow vester to mention poll monitoring. It was discussed in the main yellow vest group in January. To be fair, not everyone agreed but some did and that's concerning.

Another thing about Todish, is that he hangs out in his vehicle, listening to police scanners, and appears to perhaps be doing some fucked up kind of patrol.
— Yellow Vests Canada Exposed 🏴 (@VestsCanada) October 3, 2019

In the past he was also arrested for filming cars outside of the employee parking lot of a police station:

Arrested for nothing at all......... oh, except he was standing around the employee entrance of a police station recording people/vehicles going in and out.
Something really smart people do.

People need to be aware of their voting rights, and the laws regarding polling stations:


Only voters, election officers, candidates and their representatives, and observers authorized by the Chief Electoral Officer may enter the room where voting is taking place, as per the Canada Elections Act. Media may not enter.

While voting is under way, media may shoot photos or video footage from the door, as long as they do not impede voters or compromise the secrecy of the vote. After the polls close, media must leave the polling place. They may not be present for the count.

One other issue worth mentioning regarding the Yellow Vests and poll stations, is that you aren’t allowed to have partisan signage (either for or against) in or around polling stations:


Elections Canada is committed to creating a neutral area around the polls to help ensure the impartial administration of elections. We limit partisan material only as much as necessary to maintain the neutrality of all polling places. We recognize the importance of balancing this objective with the freedom of expression guaranteed by the Canadian Charter of Rights and Freedoms.

The Canada Elections Act prohibits posting or displaying any partisan material in polling places (including campaign signs). In practice, what this means is that partisan material cannot be posted or displayed in the room where the vote takes place, in the hallways leading to the room, or in the entrance to the closest door. In many cases where there may be several entrances, or one from the parking lot and another from the sidewalk or bus stop, it also means that partisan material cannot be posted or displayed anywhere in or on the building where voting takes place, or on the property on which the building is located, including the parking lot.

Please be aware that polling places are meant to be neutral, and signs for or against a political party are forbidden, and if seen elections Canada representatives should be notified.
Posted by Yellow Vests Canada Exposed at 14:40