Back on January 28, an off-duty RCMP officer heard a man calling for a lost dog. When he tried to help the man whose name is Tony Green, this happened:


When the officer attempted to help the man locate his dog, Green allegedly pulled out a pistol and pointed it at him.

The officer then removed himself from the situation, called 911, and responding Mounties quickly arrested Green. A handgun and ammunition were seized from the car he was driving.

Not exactly the best way to make friends and influence people.

Green faces six charges including, "pointing a firearm, possession dangerous to public, carrying a concealed weapon and unauthorized possession." He also amassed a considerable arsenal in his home as well:


RCMP on Vancouver Island have seized more than 100 firearms after executing a search warrant in Campbell River.....That night, police began what turned into a four-day search of Green’s property, in which they seized three full pick-up truckloads of guns, ammunition and prohibited devices.

Police said the search was temporarily delayed when explosive materials were found and a disposal unit was called to the scene.

“More than 100 guns, handguns, shotguns and assault-style rifles were seized. Many were prohibited firearms such as a WWII Bren machine gun with a tripod,” said an RCMP media release.

“Investigators also located what can be described as homemade silencers, zip guns, prohibited over capacity magazines and untraceable firearms.”

Well it turns out that Mr. Green is someone who happens to be ideologically aligned with the reactionary Yellow Vest movement in the country:

We're waiting for confirmation on this, but it looks like a #YellowVestsCanada member has been arrested for pointing a gun at an off-duty RCMP officer. His home was searched, and the police seized many weapons and explosives. https://t.co/zVxd0WZLyk
— Yellow Vests Canada Exposed (@VestsCanada) February 9, 2019


He is very pro yellow vest convoy. I certainly hope this person with so many weapons and explosives wasn't going to Ottawa. pic.twitter.com/dClMvC4ow1
— Yellow Vests Canada Exposed (@VestsCanada) February 9, 2019 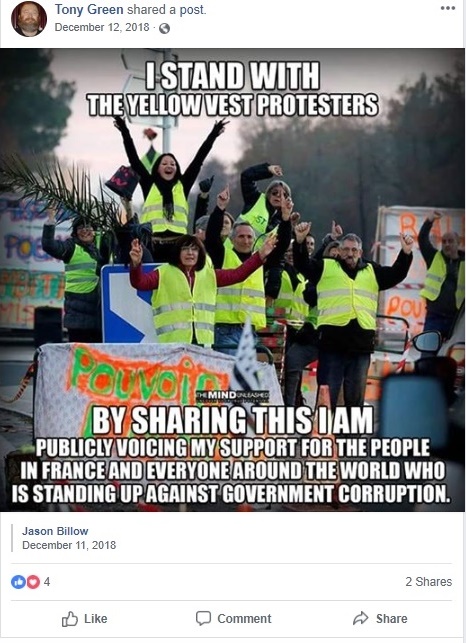 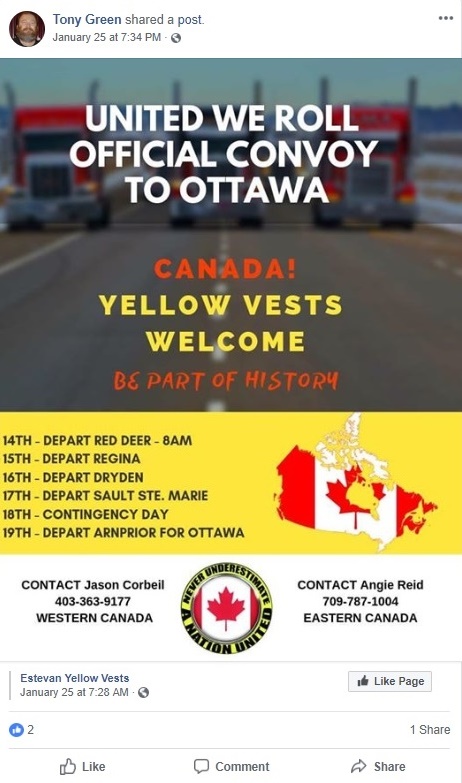 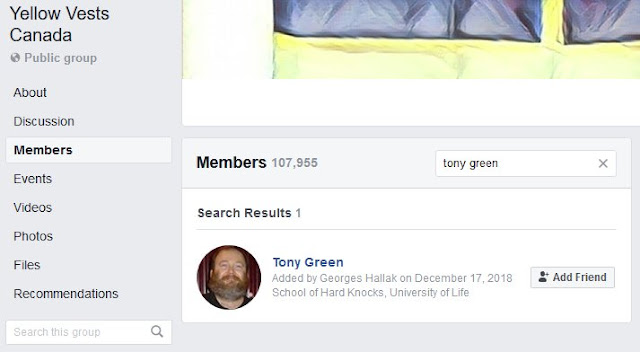 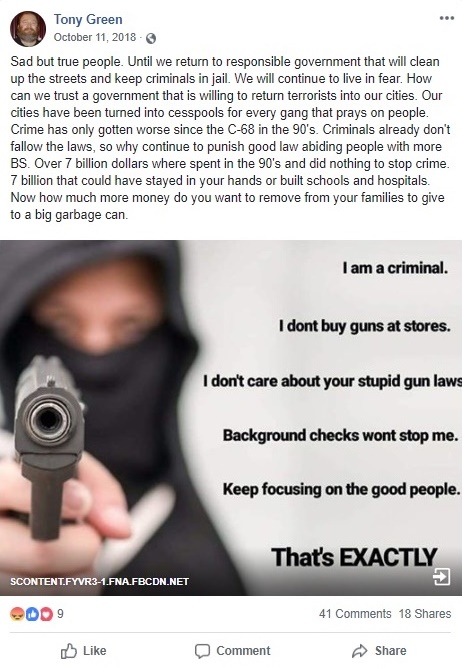 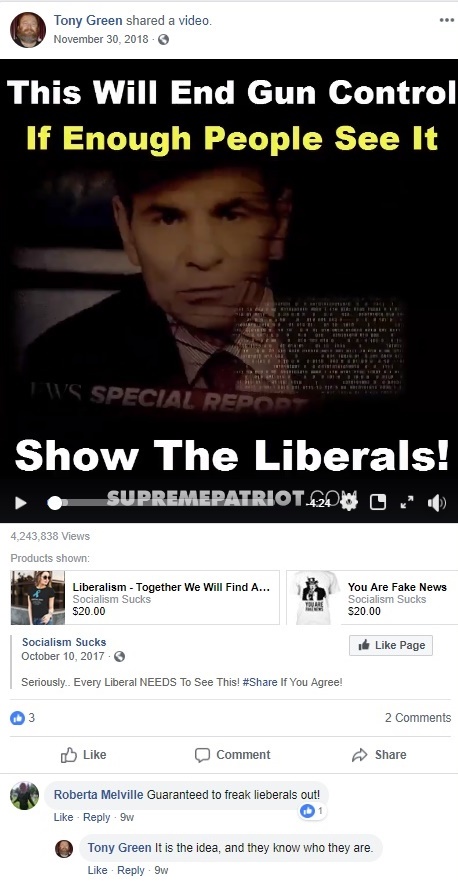 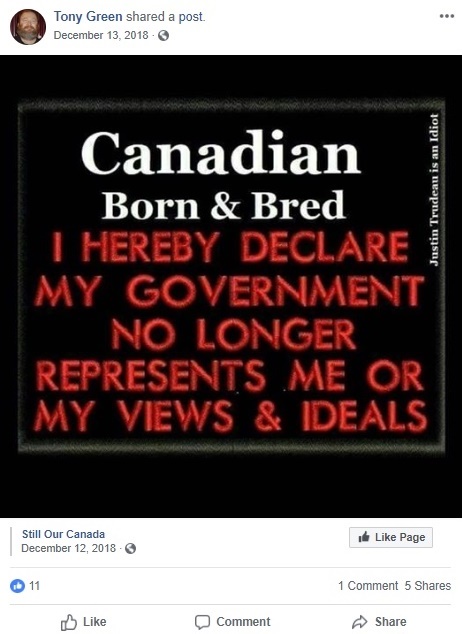 In one example on his Facebook profile, Green shares an image originally posted by the new head of the III% militia which appears to attempt to provide justification for the violent overthrow of a democratically elected government: 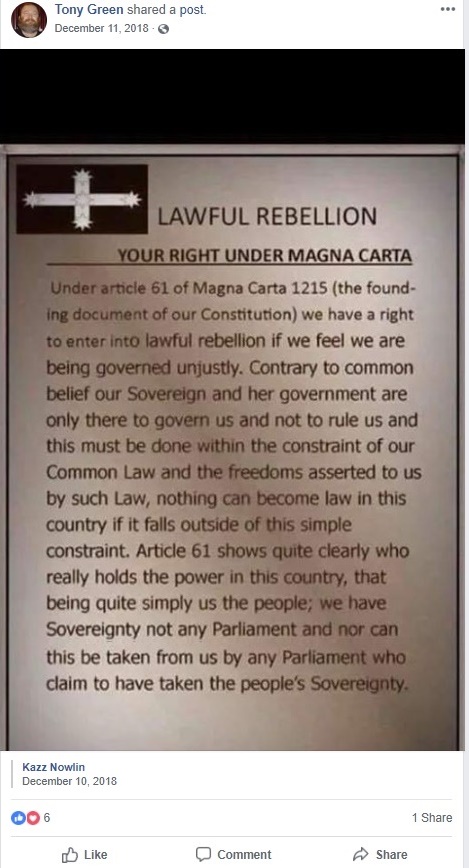 Considering he appears to have ties to the reactionary Yellow Vesters which has been documented (primarily by the incredible Yellow Vests Canada Exposed) as having supporters who routinely threaten and advocate for the death of the prime minister as well as at least tacit support for the III% militia, I can't help be a bit concerned about heavily armed individuals being among their members, especially when they are already prone to far-right paranoid conspiracy theories: 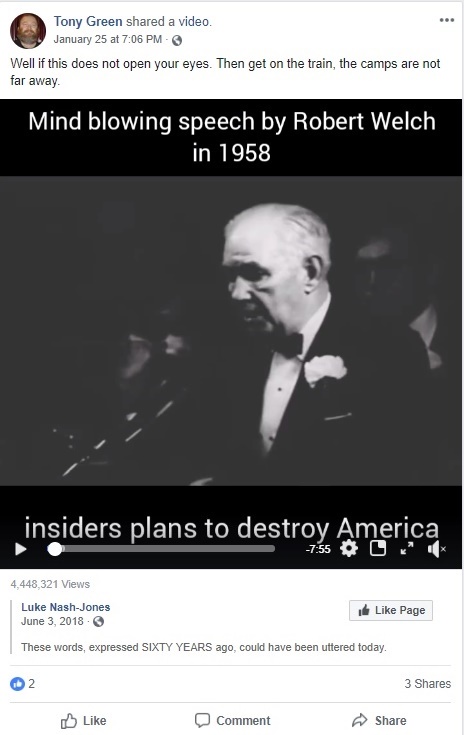 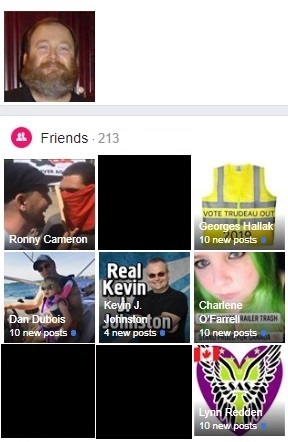 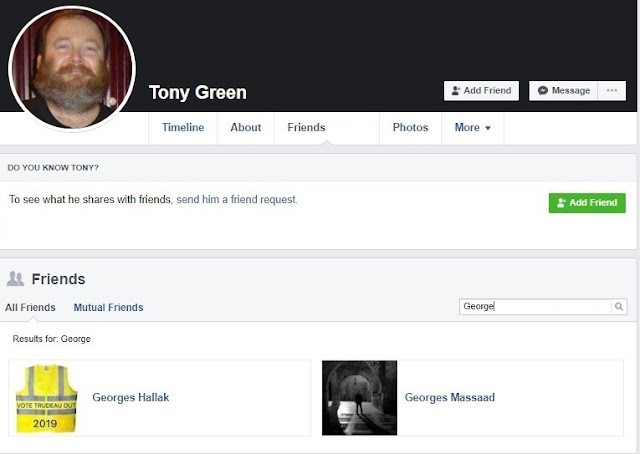 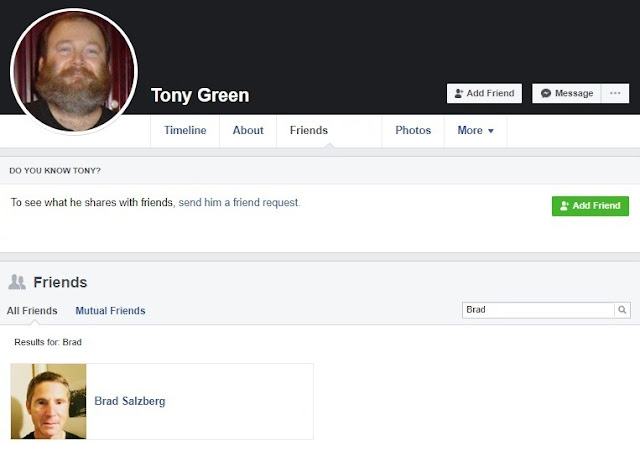 I wonder if anyone associated with the Yellow Vests convoy to Ottawa plans on being armed to the teeth as well?
Posted by Nosferatu200 at 21:48