The big event this weekend is of course the reactionary Yellow Vests convoy to Ottawa which Yellow Vests Canada Exposed and the Canadian Anti-Hate Network have been doing a fantastic job of covering. I'll probably be addressing the event some time later this weekend as well sourcing their very through work. In the meantime, there's been some significant news on the ID Canada front.

Again if you aren't following either, you really should be.

ID Canada of course is the identitarian (read: white nationalist) group that was originally called Generation Identity Canada before rebranding. In a recent article I discussed the very cozy relationship that ID Canada had with some current and past personalities associated with Ezra Levant's Rebel Media. I also very briefly mentioned a Generation Identity Canada Facebook page that had been removed by Facebook some years ago before I had an opportunity to see it for myself.

Well, looks like history has repeated itself, but in a more significant way:

Not only was the Facebook group permanently banned, but so were the leaders' own profiles.

Of course, they are now erroneously crying "censorship!" despite not actually being censored because being banned for violating the terms and services of your user agreement (or a private company not wishing to be associated with your rather noxious brand) isn't actually censorship. At all. 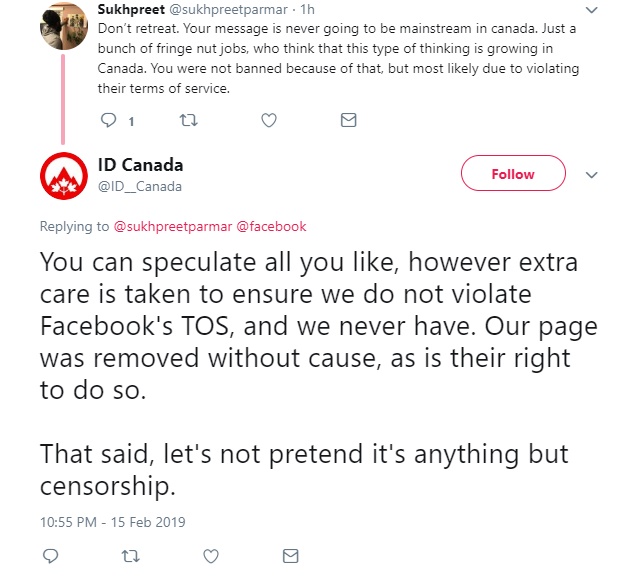 And while they were a bit smug about the efforts of the Canadian Anti-Hate Network's efforts to combat their flyering campaigns, they now are whining about being picked on: 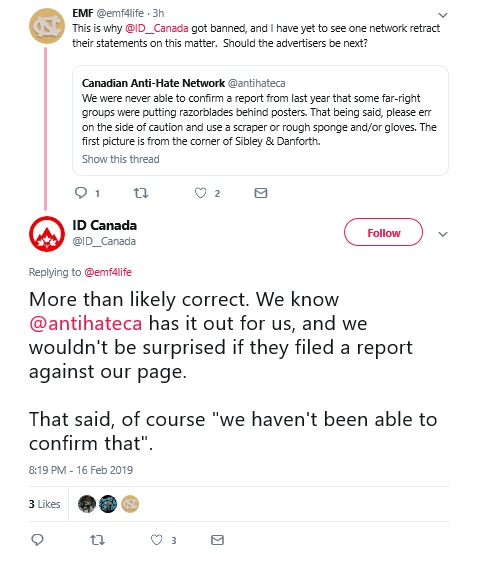 Funny. I thought tears were salty. Turns out they can be quite sweet.

In a move that won't surprise anyone, white nationalist Faith Goldy also tweeted about the banning in support of her fellow travelers: 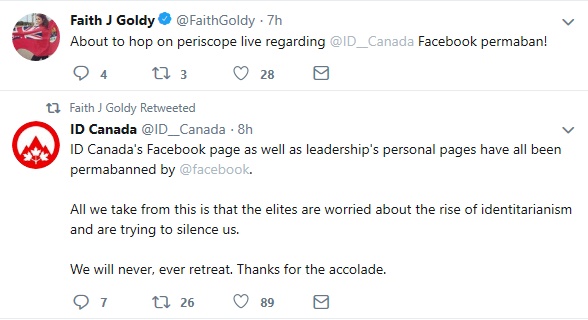 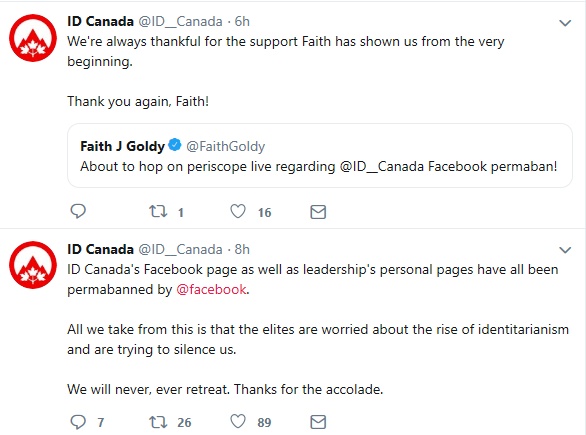 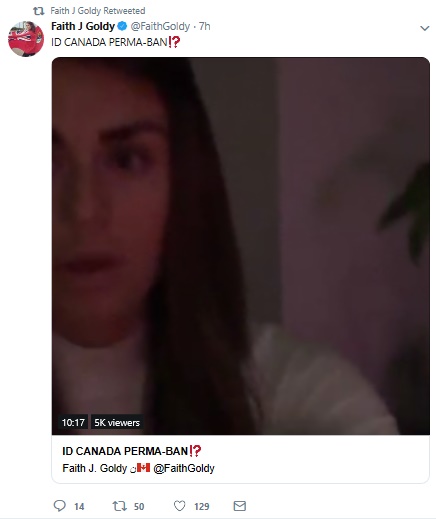 The video in which she promotes the hate group, alludes to the banning of the group on Facebook as part of a Trudeau conspiracy, advocates the government taking over a private company for the benefit of the far-right, and attacks the Canadian Anti-Hate Network as "the enemy" which says a lot about the good work the Canadian Anti-Hate Network is doing:

On that note, if anyone would like to donate to the Canadian Anti-Hate Network and piss off white nationalist Faith Goldy even more, please click on this link.

Now the removal of ID Canada and their leadership for Facebook might not seem like a big deal, but it is one less avenue they now have to promote themselves and their toxic views. De-platforming works. Ask Laura Loomer or Milo Yiannopoulos for example.... I mean if you can find them between they occasional desperate publicity stunt to get peoples' attention because they have few other avenues to do so.