This is the first of two articles focusing on events in Toronto on May 12, 2018. Click here to see the second article.

ARC hasn't written about Ronny Cameron much, at least not in detail since his antics in Hamilton where even some of is supporters called him out for his behavior as well as that of the Proud Boys who were with him. Well today you get a double serving of Cameron which sounds about unappetizing as it should.

On Saturday Cameron attended a small protest organized by Laura Lee and Mary Forest which he began promoting on May 9:


He showed up earlier before the group moved on to Ryerson University where the conference was taking place, posting this short video: 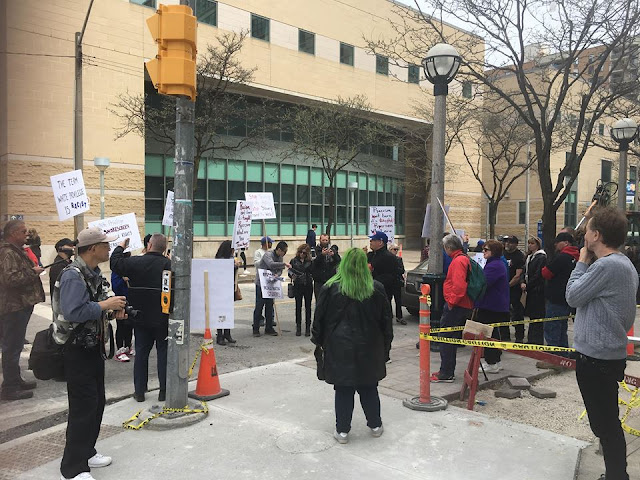 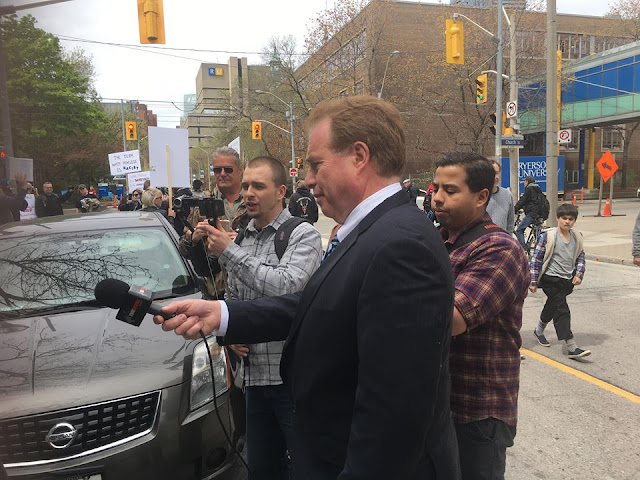 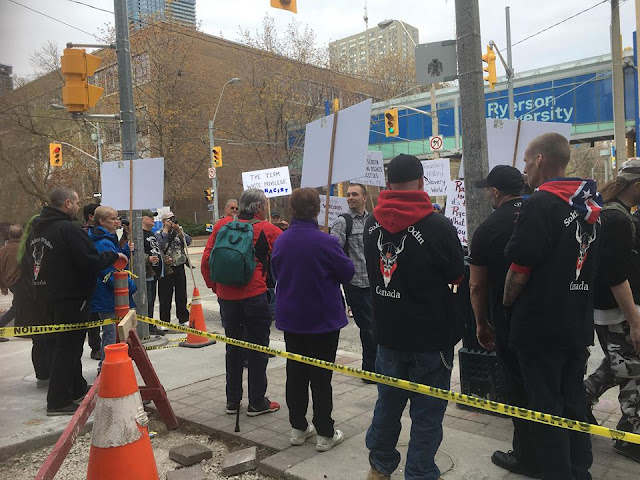 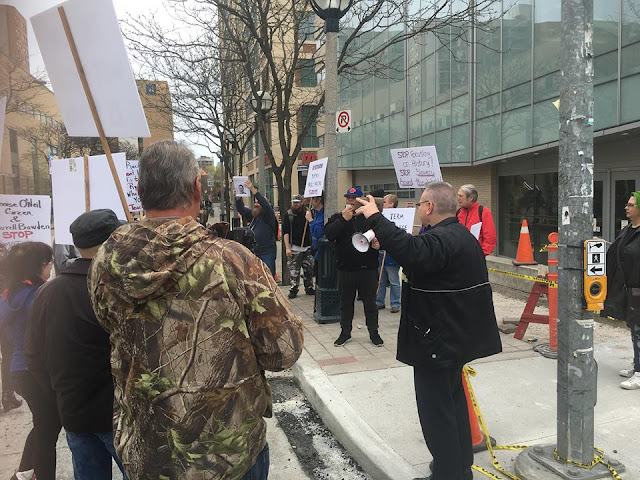 The main event was relatively sparsely attended. Cameron was there as was a contingent of Soldiers of Odin members from Hamilton. At least one member or supporter of the III% militia was attending too. Other known individuals present included Mary Forest, Laura Lee, Kevin "Poodle" Johnston, the man who organized the anti-Muslim hate protest on Parliament Hill, and Faith Goldy.

We'll get to her in a moment.

Cameron posted a video of the speeches that were as tone deaf and bigoted as you might expect. I took the liberty of adding a few pithy, and some more serious, observations. The edit on this particular video is terrible as my editing software was driving me up the wall so please bare with me:


The comments were also as one would expect: 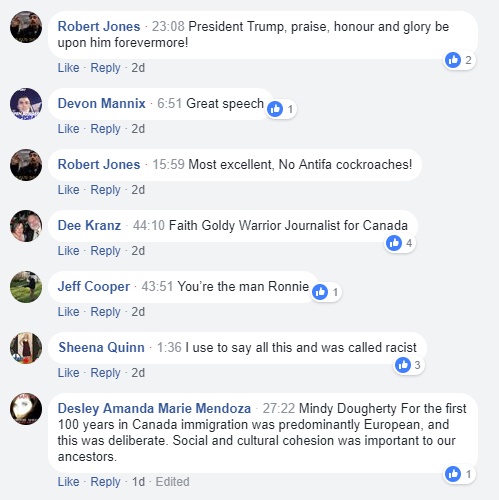 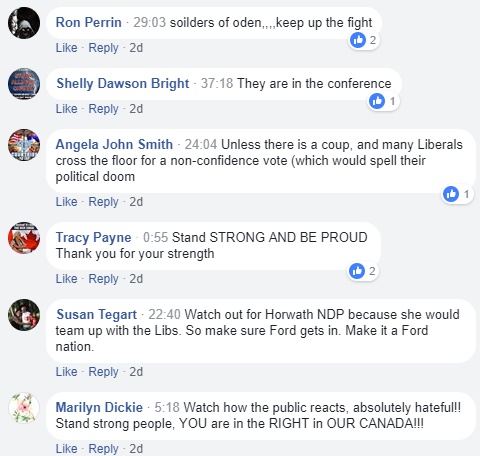 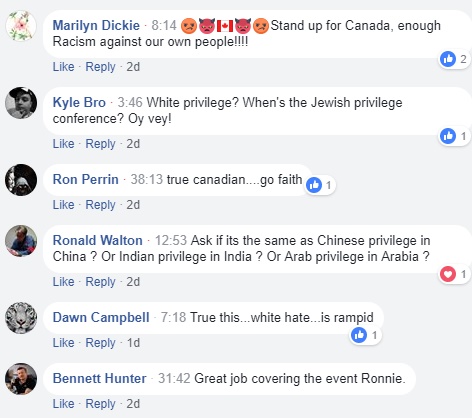 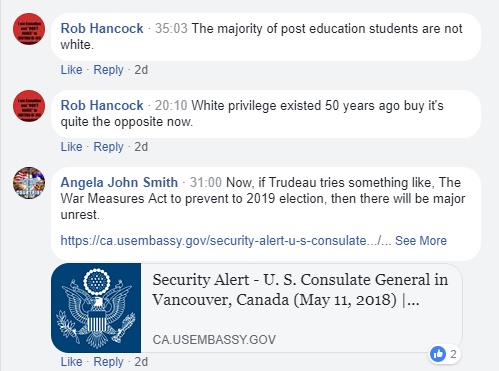 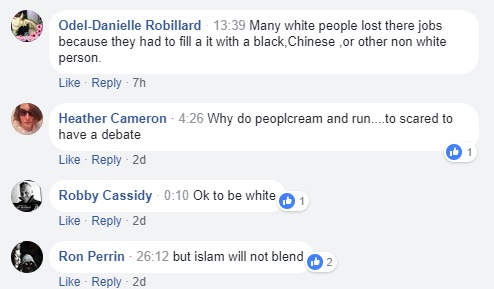 Still, it was the interview with Faith Goldy that I found to be of particular interest as she dropped some neoreactionary, or "Dark Enlightenment" rhetoric throughout the conversation:


Now I'm sure that ARC readers are familiar with neoreactionary philosophy, however if it is a new thing for you (and goodness knows that it is sometimes challenging keeping up with all the new alt-right vocabulary) I would invite you to take a look at this here for more information.

That all being said, Proud Boy member Robert "I'm Getting To Old For This Shit" Jones and anti-Semite Devon Mannix among others are fans: 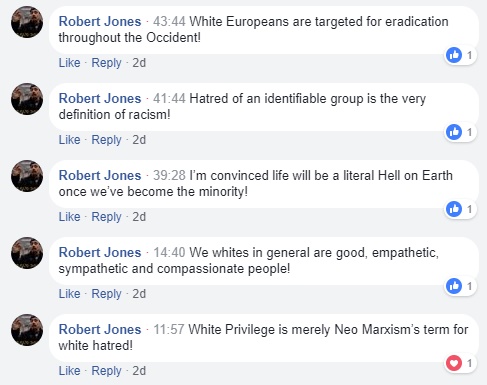 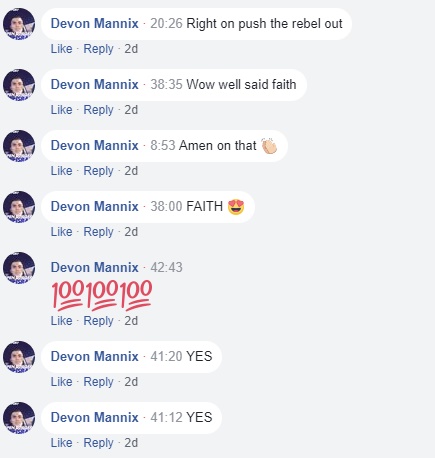 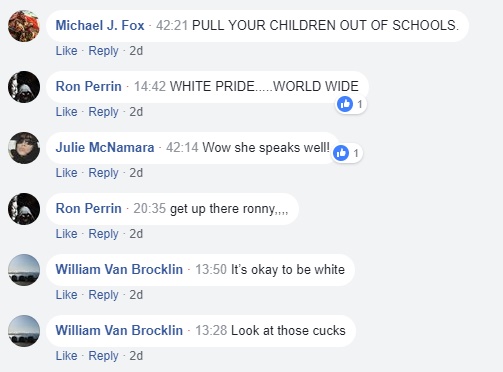 It really is funny that most of these people are fighting what they think is tyranny in favor of an ideology that would actually by tyrannical. Then again, with right-wing politics becoming more tribal, I guess it's simply a matter of supporting "their team" even if they don't actually understand the repercussions of their team's positions should they be enacted.

The second Ronny Cameron video took place later that day at the Israeli Consulate in Toronto where the JDL were countering those protesting the decision to move the American embassy to Jerusalem. Meir Weinstein welcomed Ronny who, when out of ear shot, sort of let the cat out of the bag regarding his feeling towards Israel and Jews.

It really is quite enlightening and calls into question the adage Meir seems to be operating under: the enemy of my enemy is my friend.
Posted by Kurt Phillips at 20:29