Alberta III% Militia Claim To Be In Security and Intelligence Business. Again, What Could Possibly Go Wrong?

Just over a week ago ARC published a story concerning the Alberta III% militia's claim to have entered into the addictions recovery business. Aside from the likelihood that their efforts may potentially involve discriminatory practices considering their anti-Muslim biases (a bit of an understatement), there is also the danger that, like other gangs and hate groups, the Threepers would use their position to take advantage of vulnerable people for recruitment purposes.

Well, we can now add to the list of their supposed ventures the claim that they have now entered into the private security and intelligence gathering business.

To be fair we had indication of this early on in reference to the WCAI rally in Calgary on June 3: 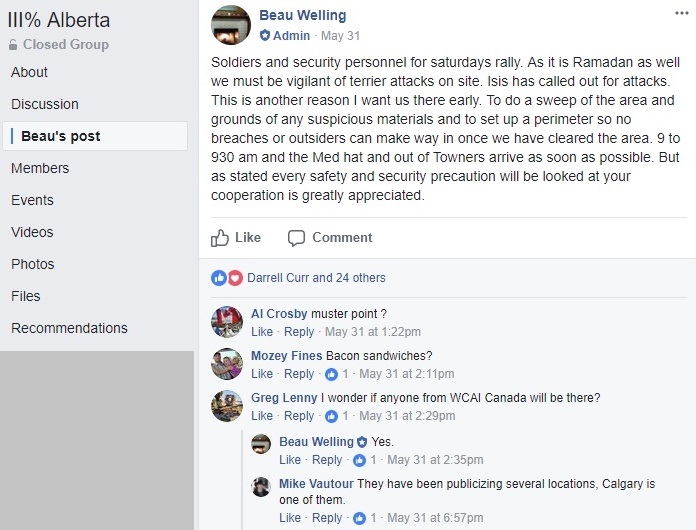 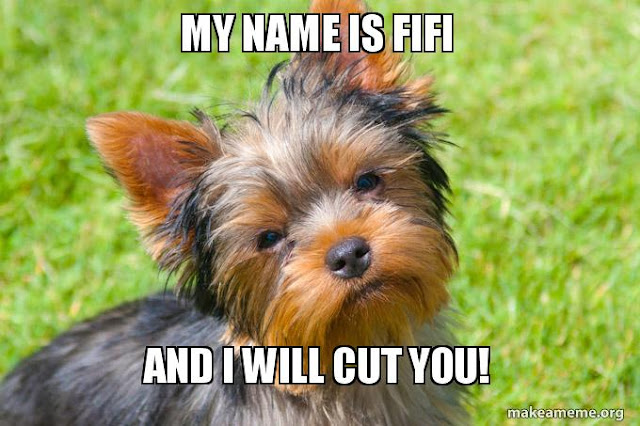 Really. This is how they talk to each other.

In any case by July "Beau" Welling was ready to go public about their intel gathering and security efforts, something that "Vice" discussed this past June:

And to make it all official, Beau has had business cards made up and his truck decked out, because you aren't truly an elite intelligence gathering security agency until you have the appropriate decals on the vehicle you take the kids to hockey practice in: 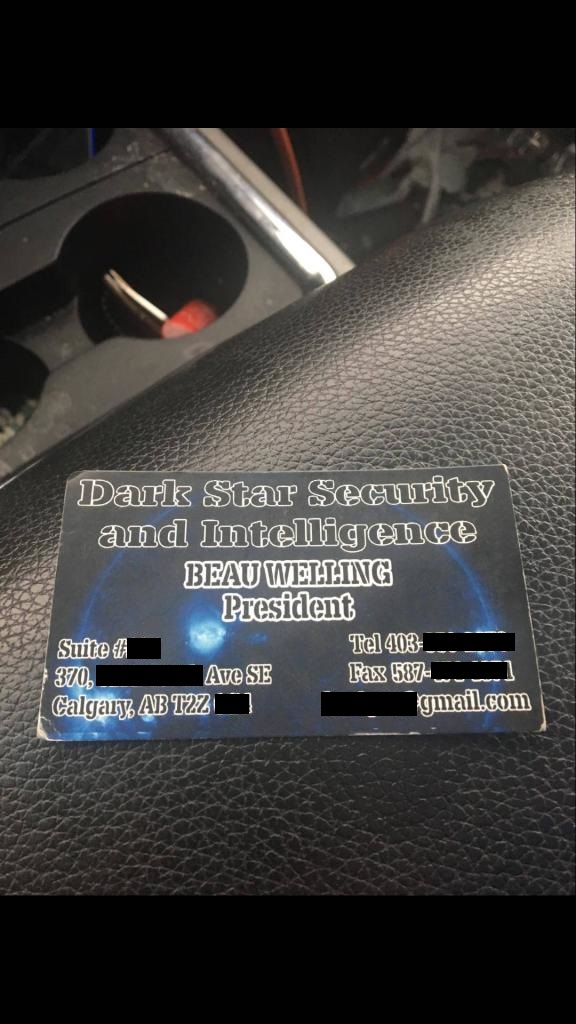 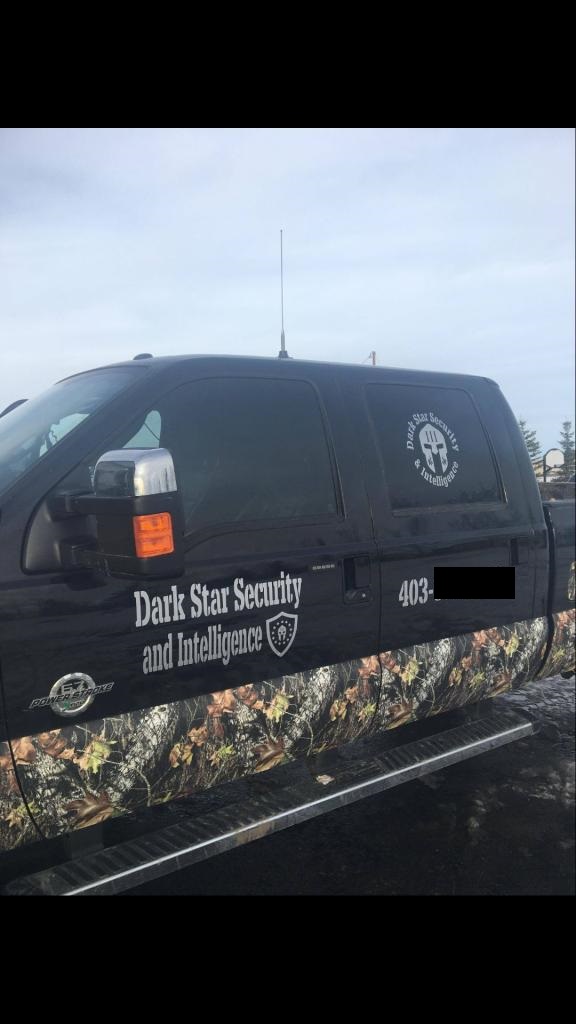 Since then Beau has really been pushing the "deep intel" line and comparing his "Dark Star Security and Intelligence" agency favorably to other private security agencies which he seems to think he is equal to: 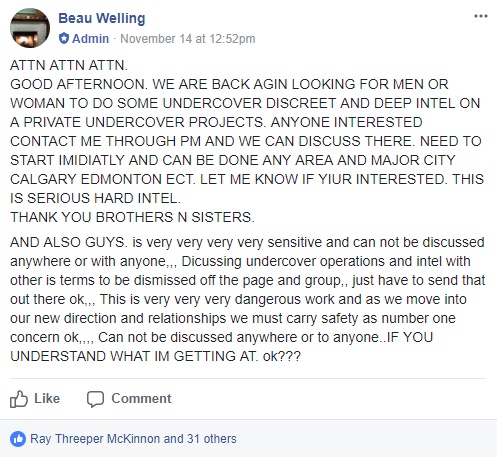 In reality, this is all just part of a potentially violent, racist, vigilante group's efforts to make themselves appear to be legitimate, but considering how very poor the Threepers are at both intelligence gathering and security, one has to call into question their.... professionalism?

And then there's the fact that they really are just a potentially violent vigilante group prone to jump to erroneous conclusions that fit their particular narrative.

For example, a post yesterday from an individual suggesting a nearby farm is housing a meth lab: 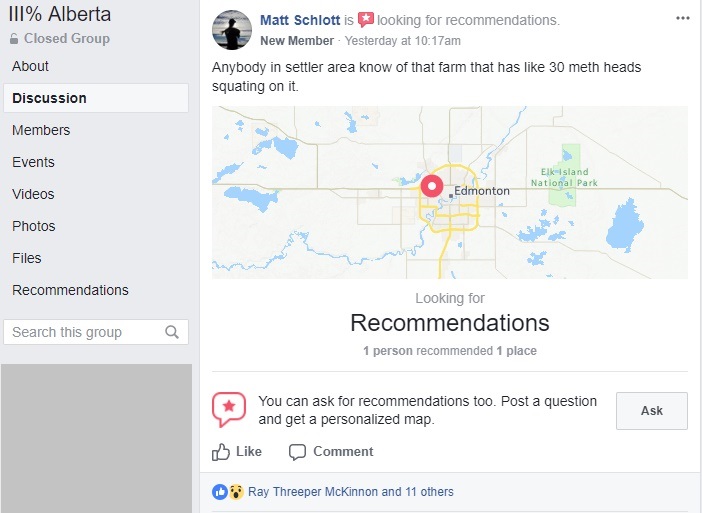 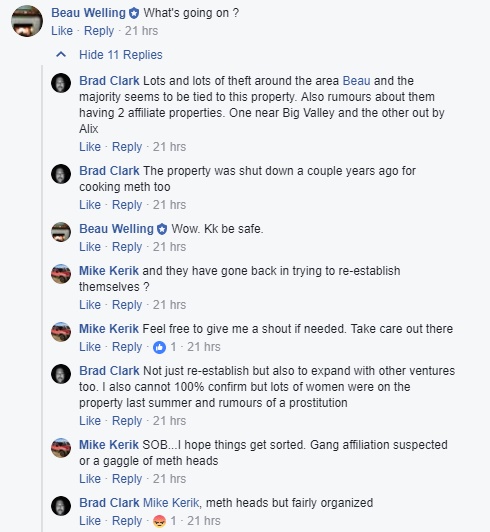 While this is perhaps true, given how wrong the Threepers have been about other things, one might take their claims about this farm with a grain of salt.

Still, the Threepers have never seemed to allow prudence, caution, or common sense to get in the way of their indignation and decision making: 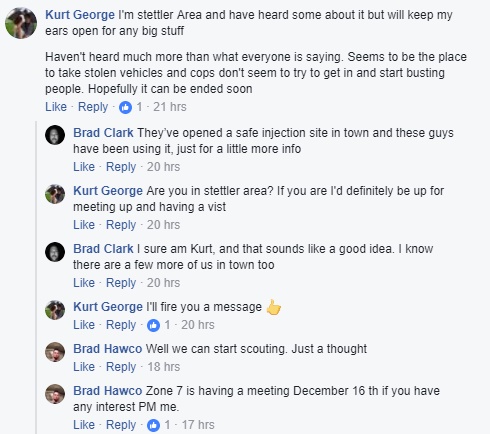 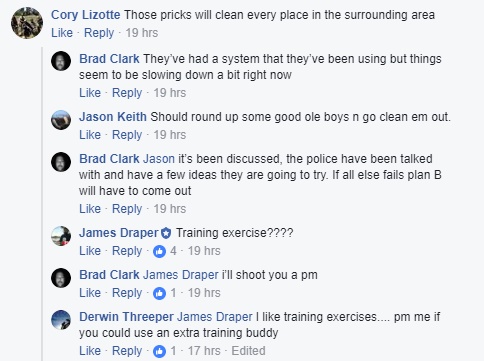 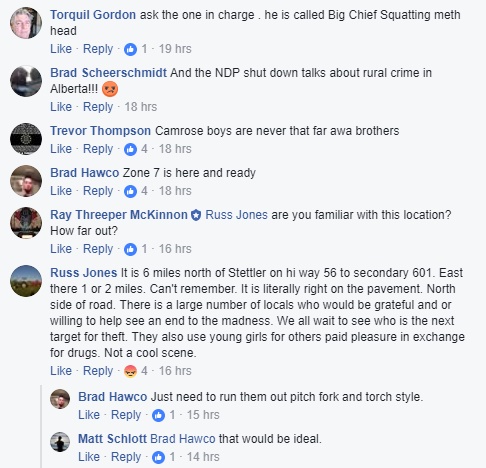 Yeah, what COULD possibly go wrong?
Posted by Nosferatu200 at 13:41

Either this guy can't spell the short form for "etcetera" or he's had WAY too many rounds of Electro Convulsive Therapy.

Just wondering, are these clowns being monitored by the RCMP or CSIS? Or are they working with them, just like local city cops?