In July 2011, Anders Breivik murdered 69 youths on the island of Utøya not far from Oslo, Norway. Just prior to the Utøya massacre, bombs that he has placed in the capital to act as a decoy killed 8 other individuals. When news of the murders occurred, the far right such as those at the now defunct Free Dominion blamed the event on Muslims. Even as more information came out, many insisted that Muslims were to blame. Only when there was incontrovertible evidence the individual responsible was in fact not a Muslim but a someone motivated by anti-Muslim and anti-immigrant beliefs, was there a grudging acceptance that the suspect might not be actually a Muslim.

It's hard to believe now that, looking back, that this initial knee-jerk reaction which was followed be an almost disappointed, "I guess he's not a Muslim after all" would be considered lucid and well considered by today's standards when it comes to far right sentiments regarding Muslims.

I was going to begin this article by saying that if Muslims didn't exist, the far right would have to invent them. That of course isn't true at all as Jews have historically go-to group to scapegoat in the West for the better part of 2500 years or more. That hasn't changed as Jews continue to be maligned and attacked both physically and rhetorically.... which often leads to physical attacks. However antisemitism isn't as socially acceptable as it once was in the West, which isn't to say that it isn't still rampant. More and more the far right seem to be substituting "Jew" with "Muslim" as the boogeyman responsible for all of societies problems. ARC posted an article comparing the dehumanization of European Jews to the dehumanization of Muslims today .Even the rhetoric is similar. Muslims:

Not that the rhetoric has been rational in any way. It hasn't. But we seem to have reached a point now where the hysterical fear of Muslims has reached such a fevered pitch that it is almost impossible to reason with people who embrace the all encompassing conspiracy theory: 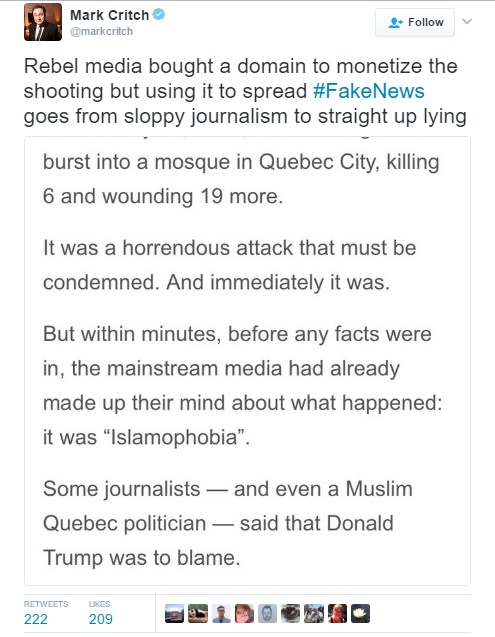 We had hints of this back in January when six men were murdered in a Quebec City Islamic center. Though the suspect was arrested, those who didn't celebrate the murders or claim it was a false flag insisted that the murders were carried out by Muslims, sharing inaccurate information on social media and having their suspicions further stoked by the likes of Faith Goldy who was then working for "The Rebel" or Lauren Southern  (also then of "The Rebel") who tweeted false information about the hate crime: 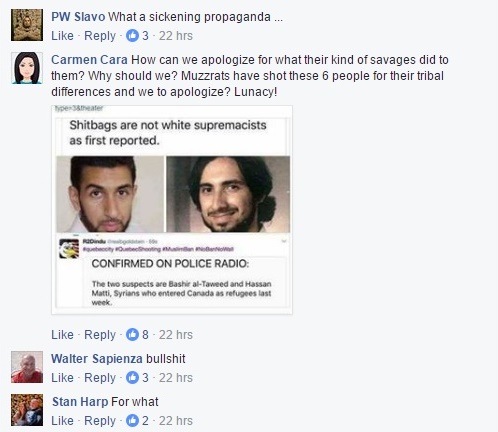 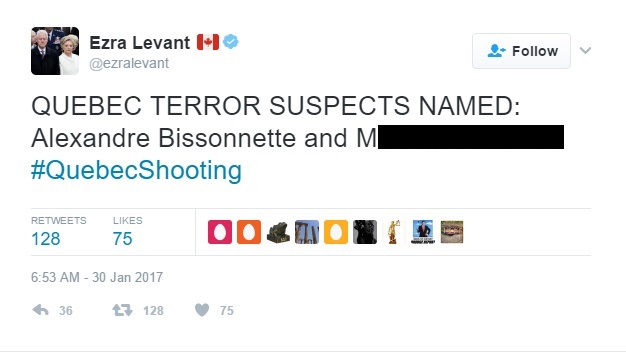 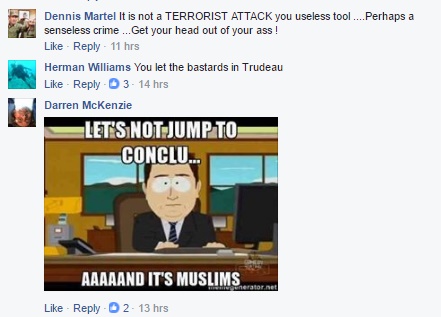 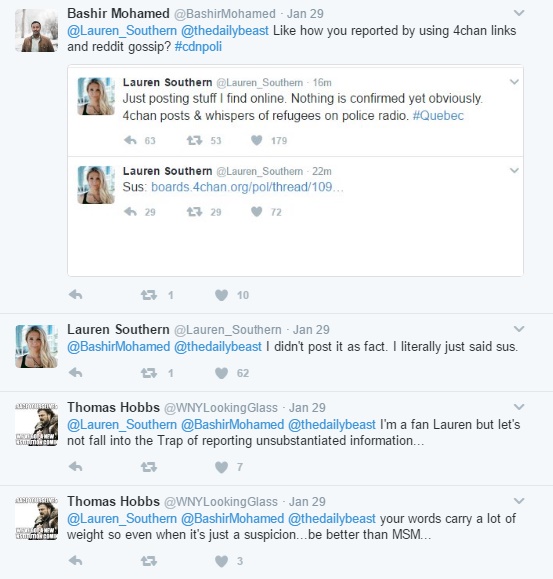 Btw, Tarek Fatah was also complicit in what was already known to be untrue:

Later the Fort McMurray fires were blamed on Muslims, the rational being this was a plan to both damage Alberta's oil industry at the behest of the Saudis as well as "cleans" the city of white Canadians so that Muslims could colonize the now emptied city. More recently mass shootings in Las Vegas and Texas have been attributed to Muslims or Muslim-converts despite all the available evidence: 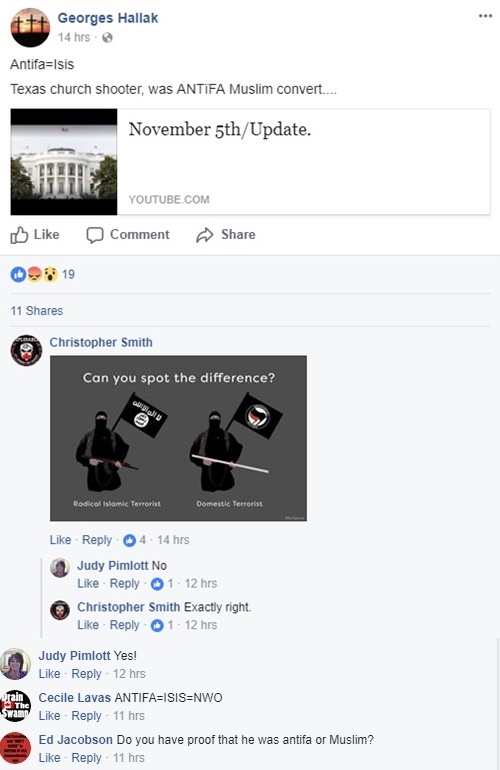 It has gotten to the point where any incident can be, and often is, blamed on Muslims. Riots in Brussels that were caused when a YouTube celebrity invited his fans to meet him in the square? Nope, it was a horde of Muslims attacking a Christmas market because they hate Christians: 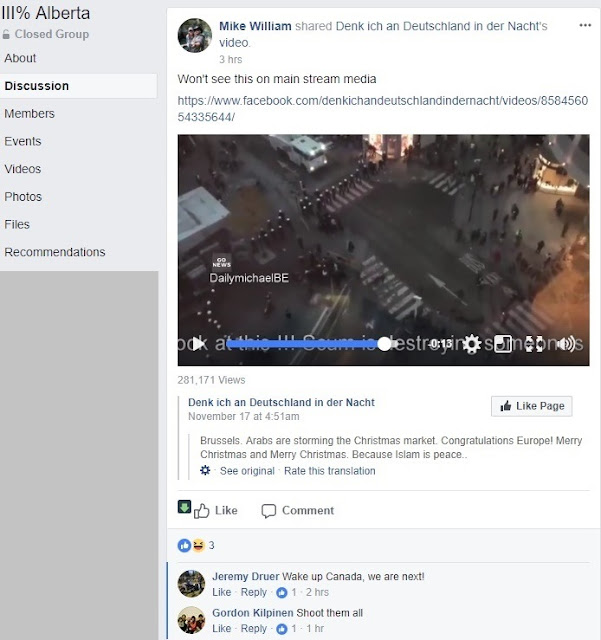 An attempted home invasion in Okotoks which left a teen with (thankfully) minor injuries and emotional trauma? Definitely a Muslim:

And fully entering the theater of the absurd, setting fires in a major Canadian city have to be the work of Muslims since, in the history of that city, there apparently had never been a fire before.

Interestingly, in the midst of blaming Muslims for fires in Vancouver, some can't resist casting suspicion on the old stand-by scapegoat by embracing one of the many antisemitic stereotypes: