Alberta III% In The Addictions Recovery Business. What Could Possibly Go Wrong?

When ARC published the story on Friday focusing on the desire of many on the far right in Canada for some sort of insurrection against the government as well as fantasizing about assassinating public figures including Prime Minister Trudeau, members of the Alberta III% militia featured prominently in that article. Since then members of the Facebook group have continued to post inflammatory and illegal statements calling for the removal of Trudeau from office.... one way or another: 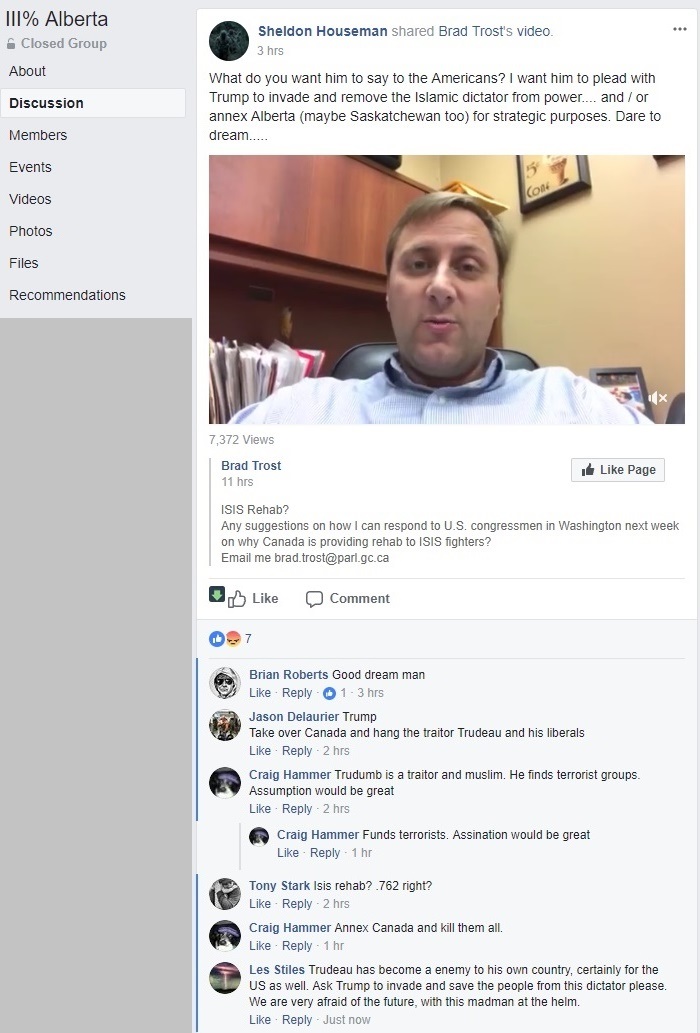 As a digression, I would like to note the irony of a group claiming to be patriots calling for removal of a democratically elected government by a foreign power. I would suggest this is a case of severe cognitive dissonance, but what do I know?

Then there's the "not creepy at all" intel gathering efforts the president of the Alberta chapter is pushing for: 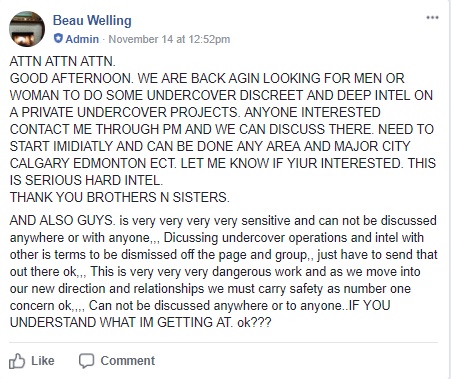 They have also been using their Facebook page to auction items to raise money for the group, some of which might not be so innocuous: 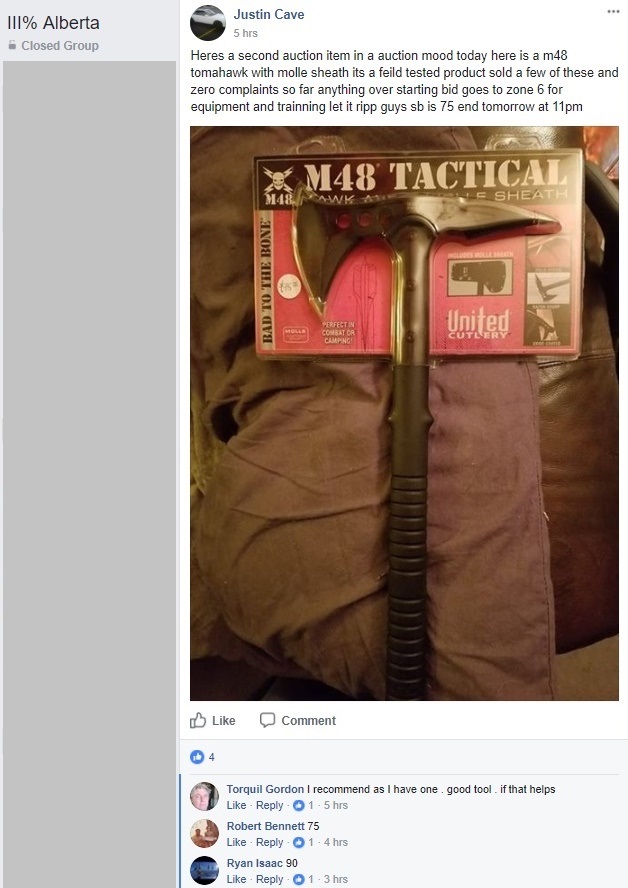 Now while all of this should absolutely be cause for concern, the following should be absolutely chilling: 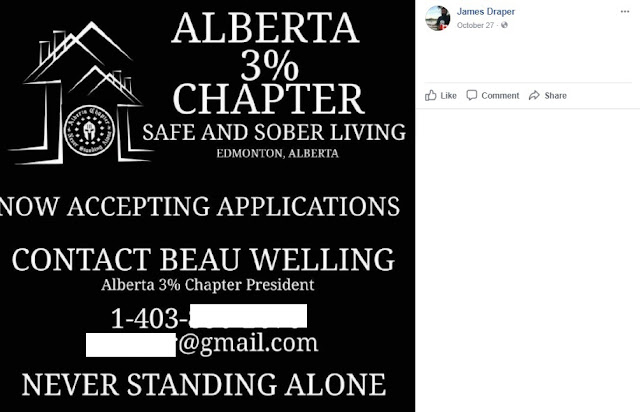 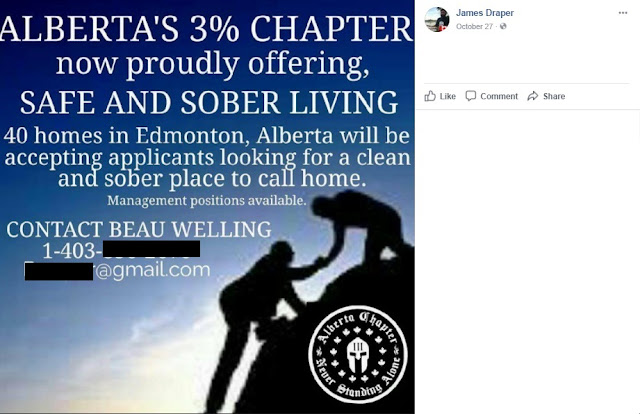 ARC has actually written about this initiative back in August, though the did run into at least one snag: 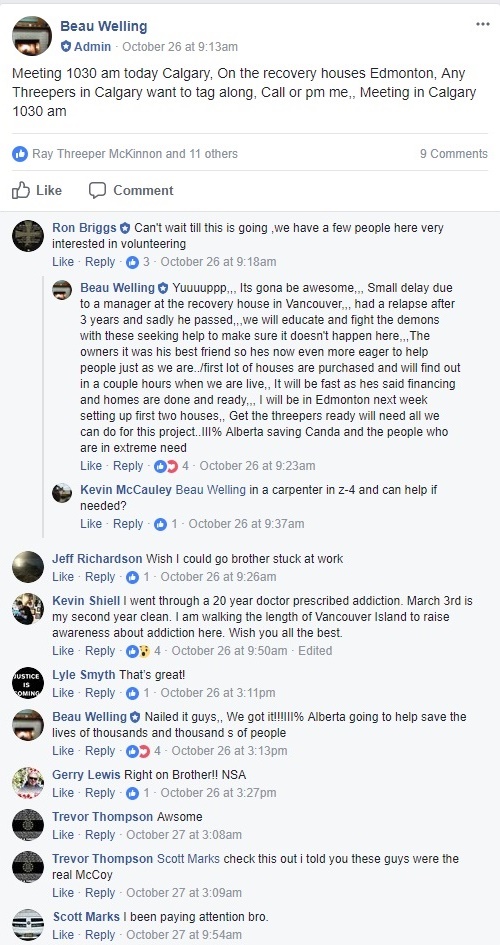 Though I didn't think too much of all of heir claims it might have more legs than first thought at the time:

When this writer downloaded the file Welling had posted, it contained the following document: 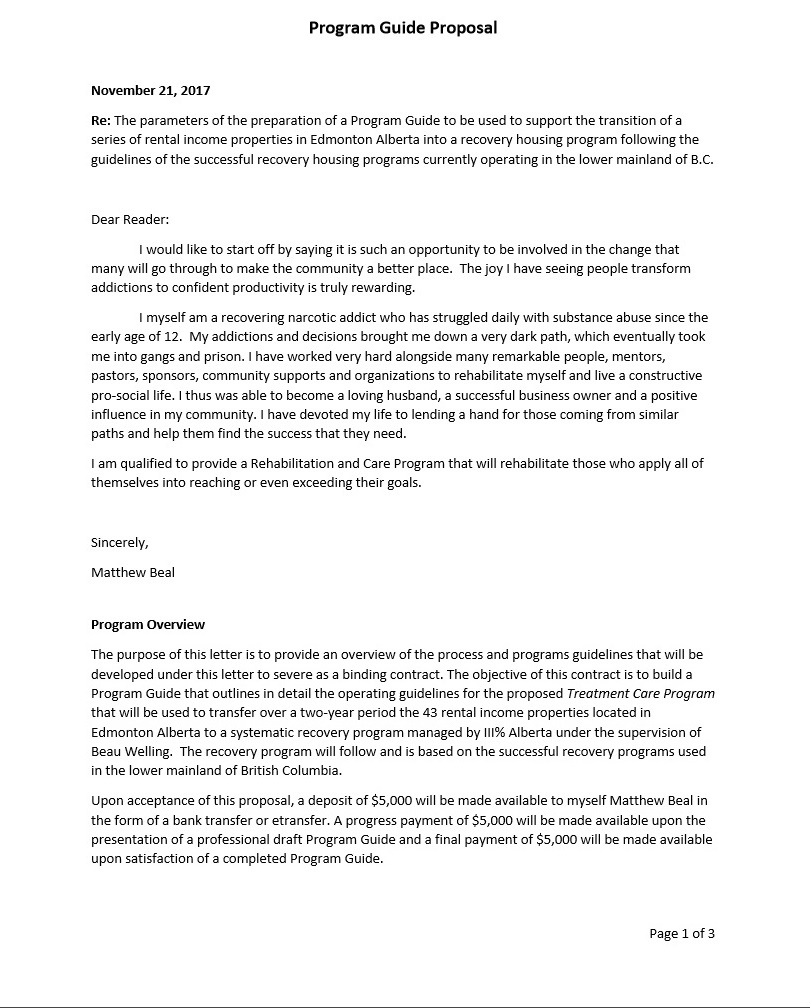 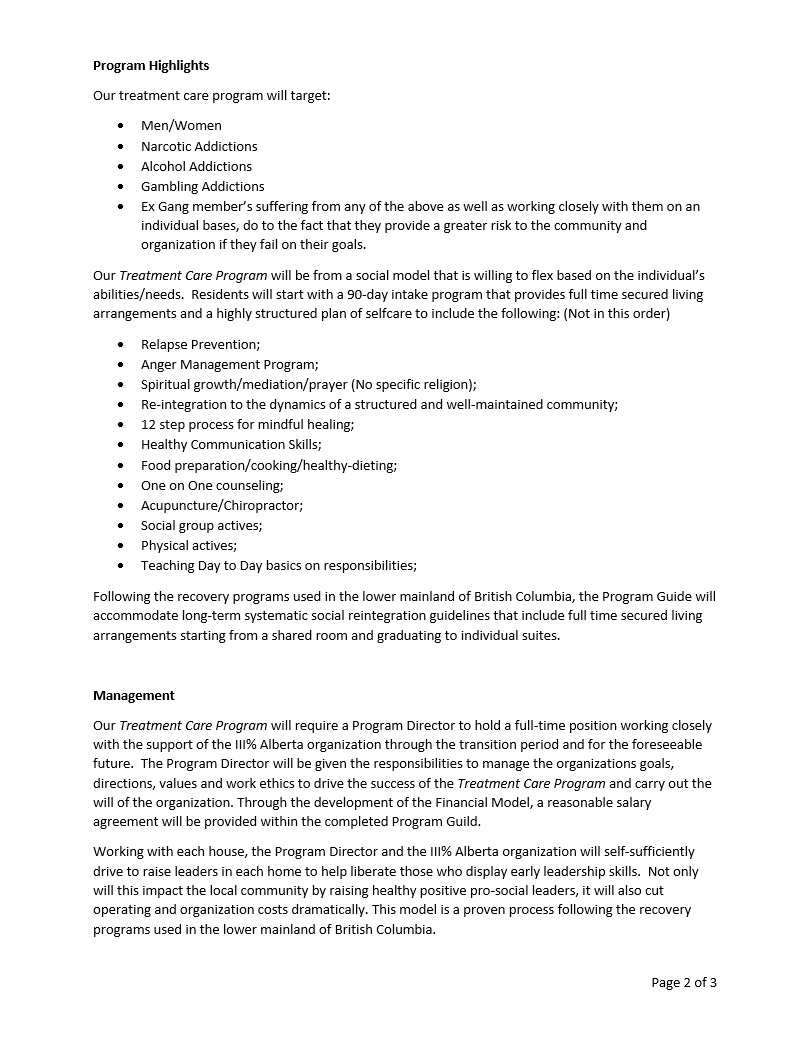 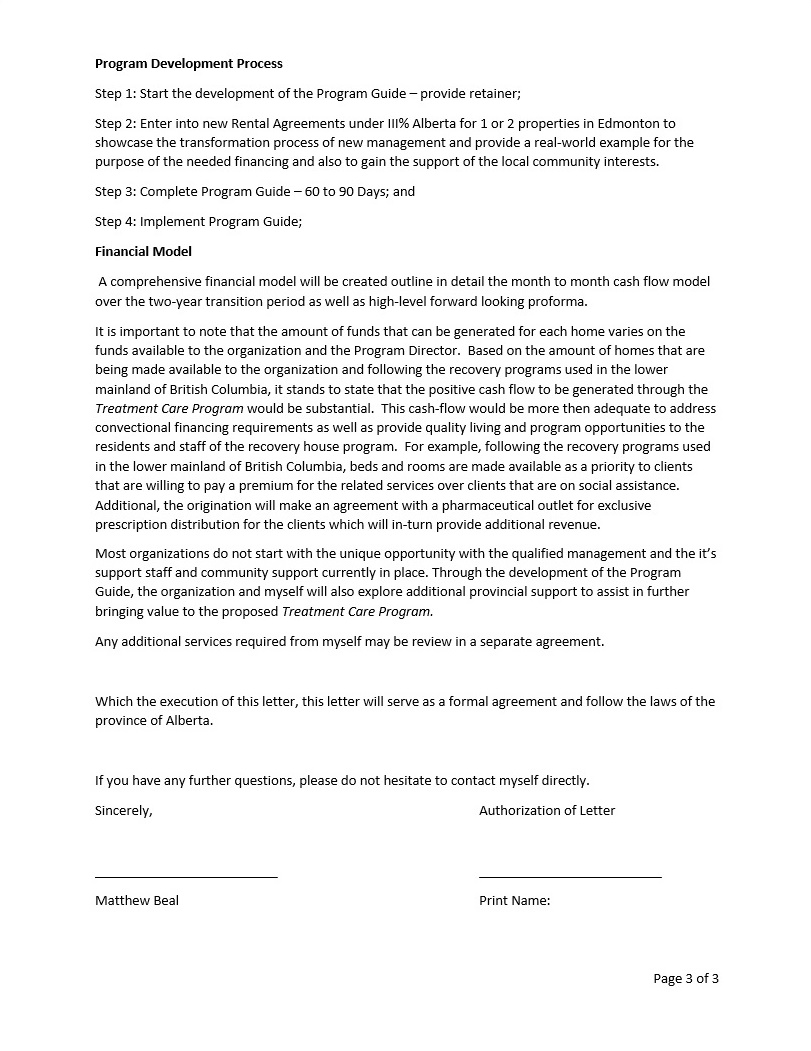 Long time readers, or anyone with a modicum of common sense for that matter, should recognize how bad an idea this is. At one point the document suggests that part of the recovery process planned by the III% militia would be spiritual growth with focus on any specific religion. Somehow I suspect that Muslim-Canadians might not find the efforts of the III% militia to be particularly helpful: 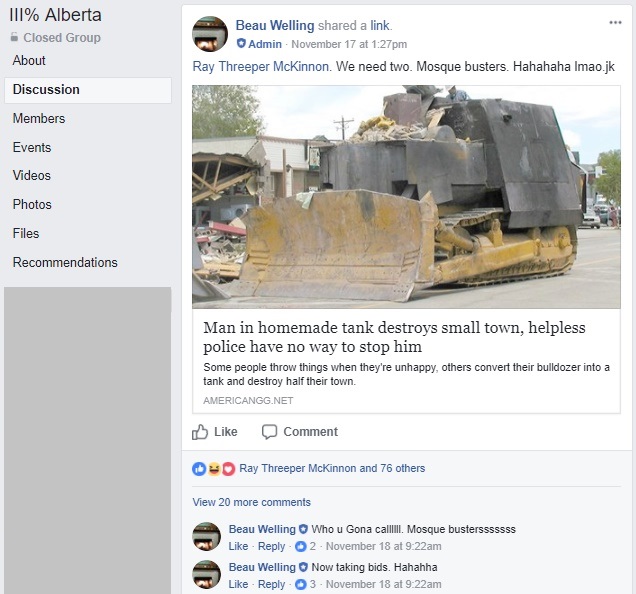 And one might have cause to question any claims they will inevitably make when they suggest they will not discriminate based on race or religious affiliation, as their reaction to another housing program indicates:

It goes without saying that ARC could post a lot more damning screen shots, but I think you all get the point. Besides, all this alone should be enough to disqualify the Threepers from participating in any program that would connect them with the public. 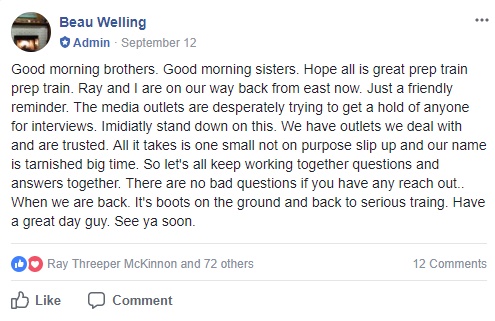 Yeah, goodness knows you don't want this stellar reputation of yours tarnished.... 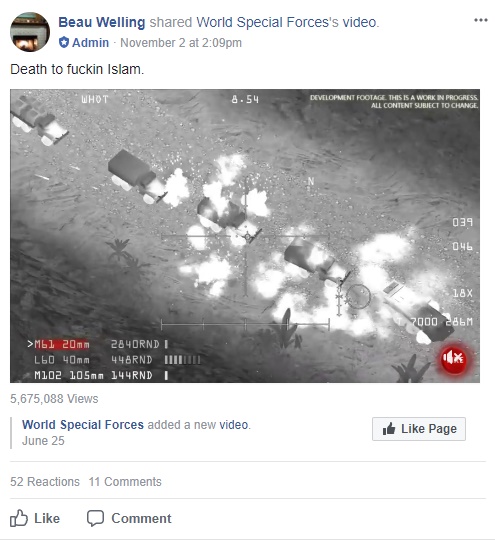