Tension Between JDL and Ronny Cameron? Perhaps.... But Probably Not

Close to two weeks ago ARC posted a story about Ronny Cameron's embracing of the "white genocide" mantra despite his own.... uhm.... I'll say personal situation. One particular thread turned out to be of some interest since it resulted in a nearly 50 year-old "Proud Boy" Robert Jones (and really, if he isn't embarrassed about that distinction he really should be) being taken to task by a member, or at least a supporter, of the JDL:

Gee, Jones rolled on to his back and subordinated himself pretty damn fast. Not all that much of an alpha I guess.

In any case, it seemed as if there had been some tension between members of the JDL and Ronny, or at least folks associated with Ronny, since he started on the whole "white genocide" canard and his involvement with people like Jesse Sanderson became a bit uncomfortable: 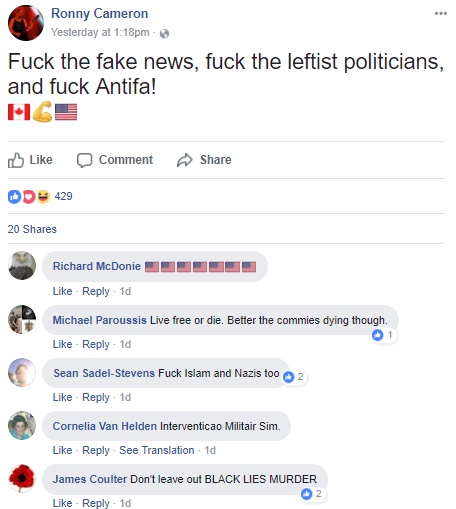 His association with the Proud Boys, whom AR Davis seems to have a problem with, might also be cause for some concern in the JDL: 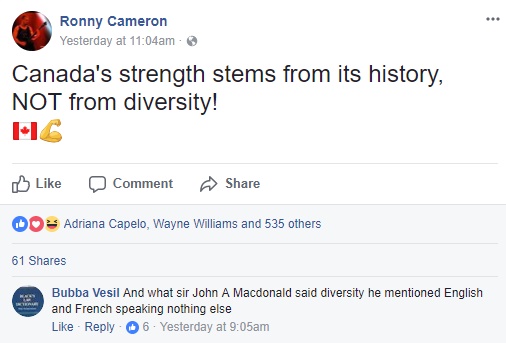 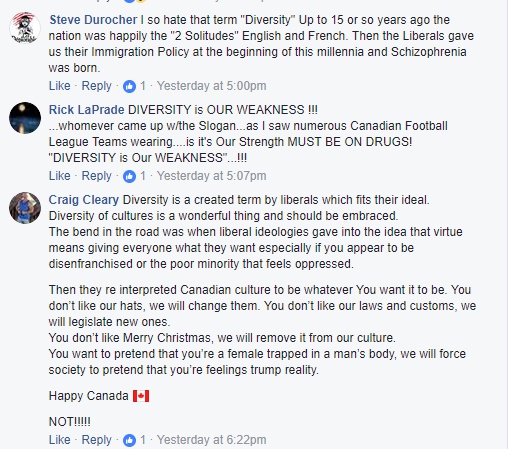 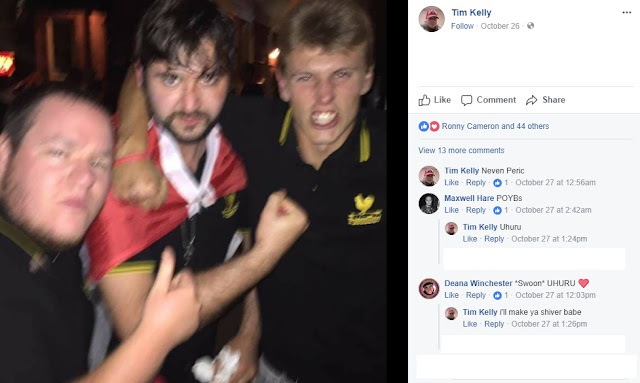 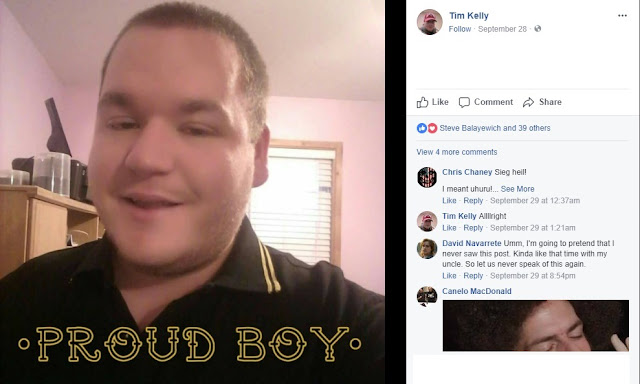 Then there were the claims made by Ron Banerjee.

Now, it should be noted that Banerjee HATES Cameron. I mean really, really, loathes him. I'm guessing this is primarily because Banerjee is profoundly jealous of Cameron coming upon the scene relatively late and sucking up much of the oxygen, at least in Toronto far right circles. Banerjee has been talking smack about Ronny for months now, but the following post was an interesting new entry in the war of words which ARC found on the JDL Grand Poobah's Facebook page with no contradiction:

Banerjee has had a long relationship with the JDL, though it is a relationship more akin to Banerjee's Spike to Meir Weinstein and the JDL's Chester. Still, this would be a big deal (again, all things being relative as we are talking about a fringe movement still) if this were true.

The operative word being "if" of course.

Only two days later, Meir seemed pretty cozy with a person advocating for a blatantly racist and not so subtle antisemitic conspiracy: 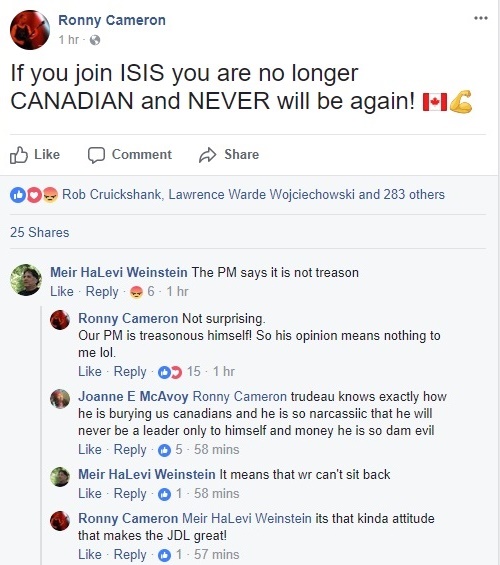 Yeah, I can't say that I'm all that shocked that Meir Weinstein continues to make common cause with a movement that will turn on Jews as soon as they would dispense with Muslims, the enemy of my enemy and all that.

It's not as if he's been a profile in courage for years at this point.
Posted by Nosferatu200 at 22:21