When the "National Post" published the article focusing on Paulie's involvement with the Council of Conservative Citizens (CoCC), the hate group that inspired the murder of 9 men and women at Mother Emanel, his friend and fellow CoCC supporter Jared Taylor noted that the story wasn't so bad: 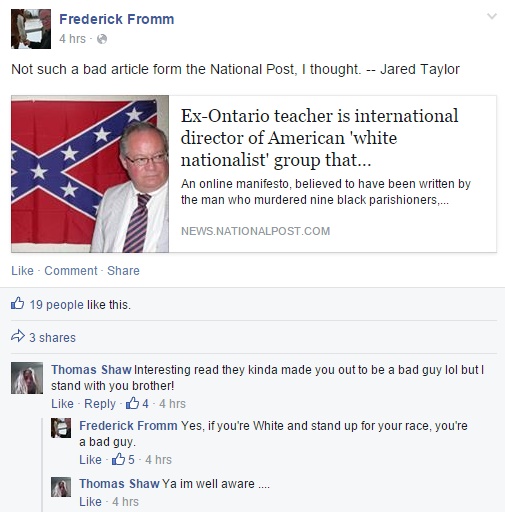 This led to one of the more "out there" exchanges on Facebook that we've experienced in a while: 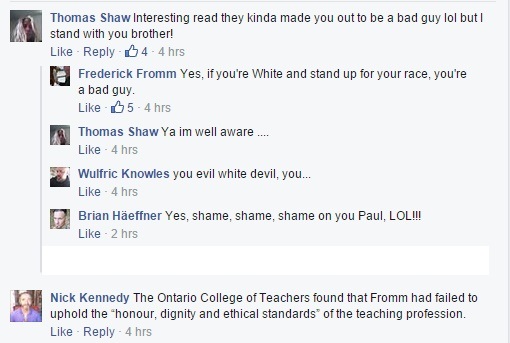 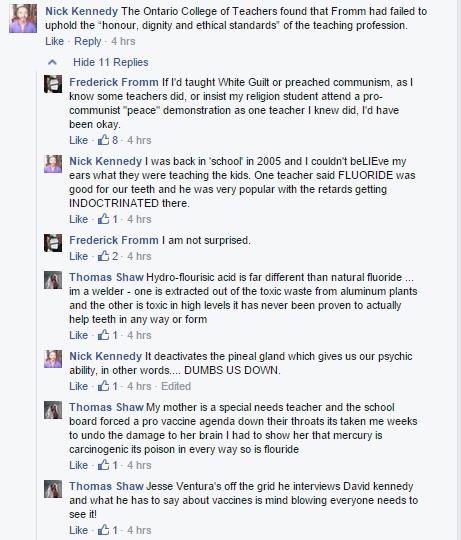 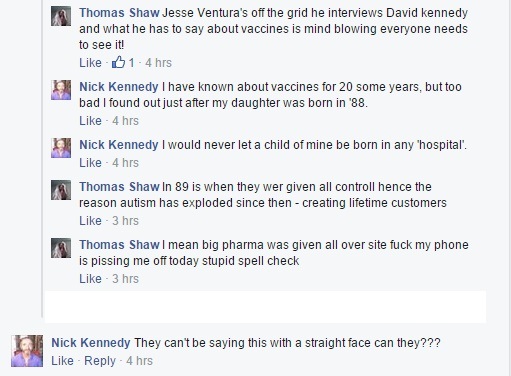 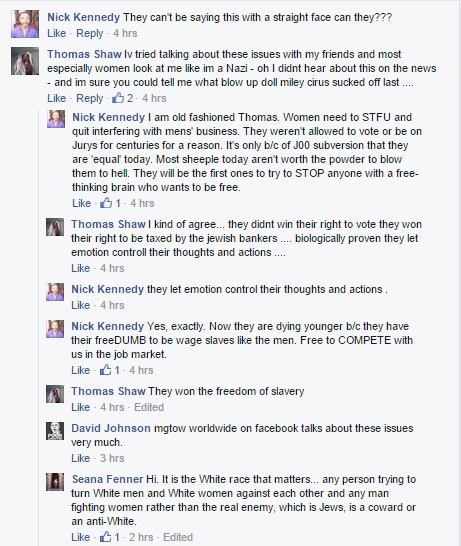 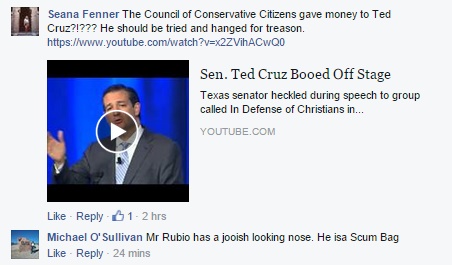 While it is pretty funny to witness just how disconnected with reality that boneheads can be, the murders in Charleston really did bring out the worst in a lot of those who we cover here on the blog. 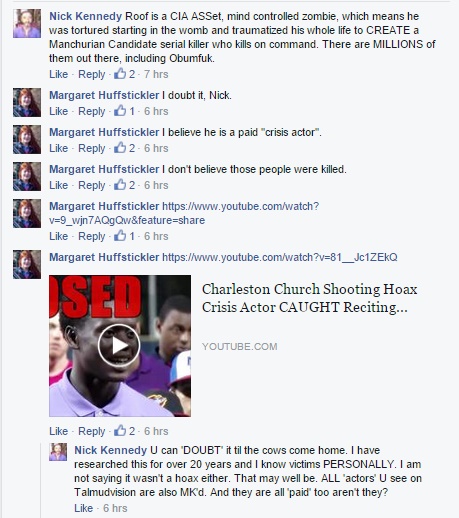 Paulie's second response after the massacre was to lament the "attack" on the symbols of white folks; he briefly refers to the murder of, "nine Negroes" though that seems more of an after thought. The resulting comments were as unhinged as the ones we've already posted: 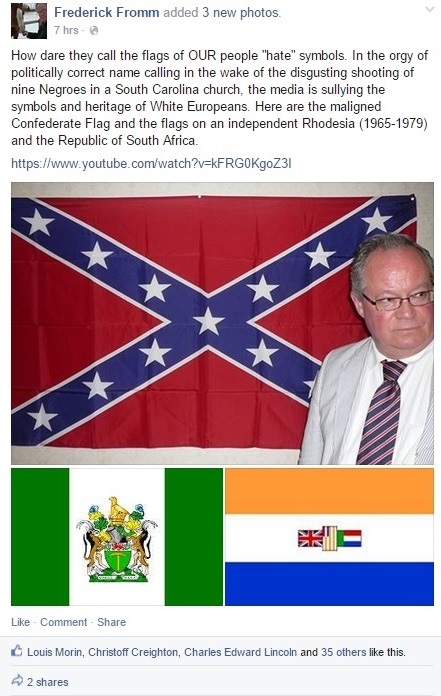 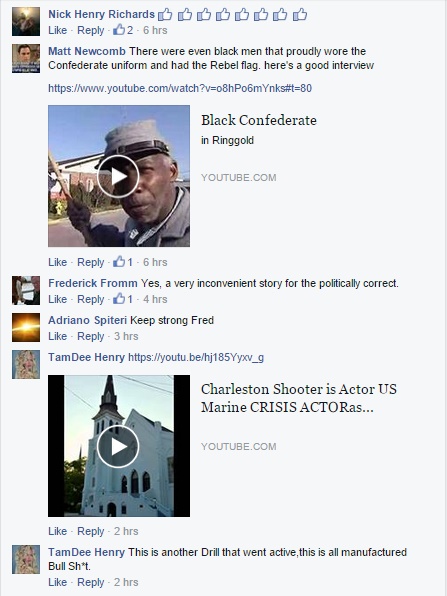 Paulie's defence of the old apartheid-era flag is of note to us since this isn't the first time he has wrapped himself up in that particular symbol: 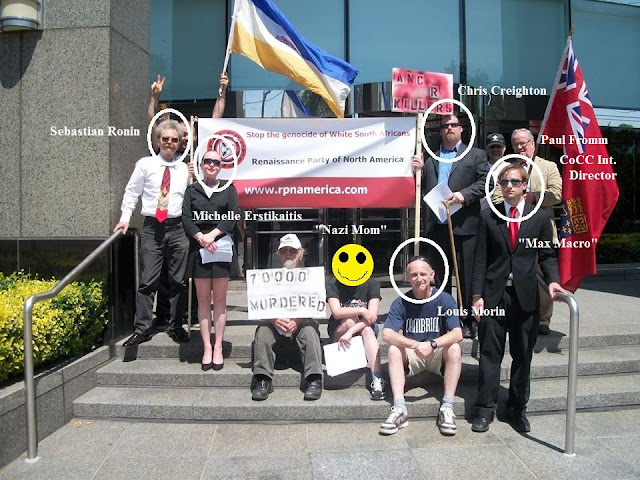 This photos was taken in June 2013 in Toronto. Many of the names listed above also commented on the tragedy in Charleston.

"Max Macro," a dutiful America follower of Nova Scotia based Sebastian Ronin, couldn't have been more clear about what he thought of the murder of 9 men and women; Chris Creighton from Ontario also chimed in:

Former Heritage Front member Louis Morin had been posting on the event and laid the blame on psychotropic drugs:

And Sebastian Ronin himself was almost giddy with excitement: 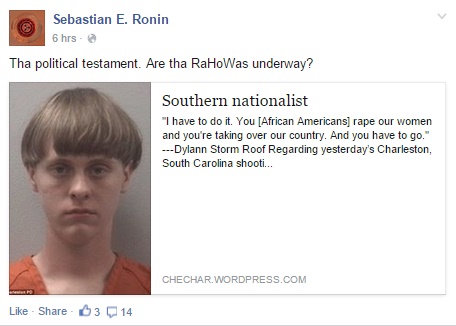 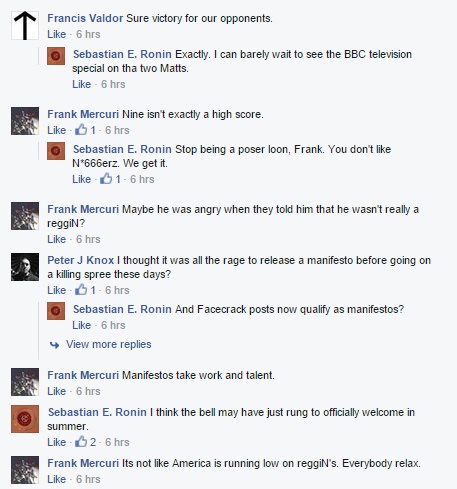 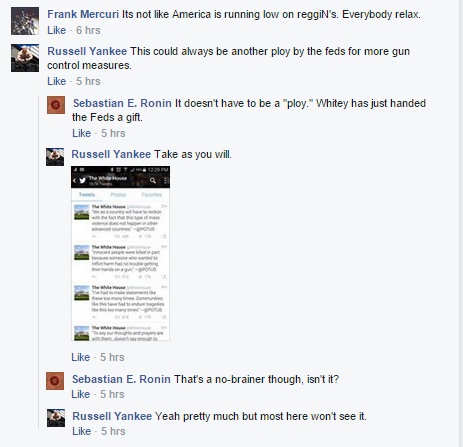 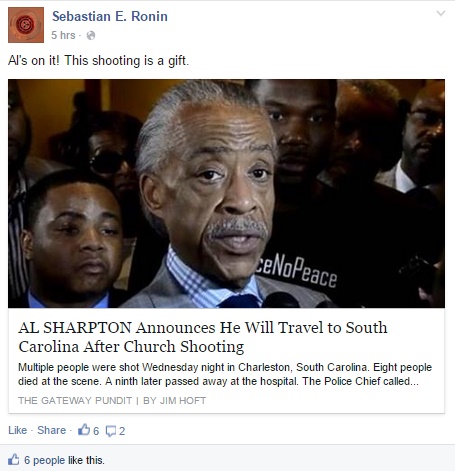 But there does seem to be a bit of consternation. Back when Brevik murdered more than 70 people in Norway, most of whom were youths, Ronin received a copy of Brevik's manifesto before he began his massacre. Ronin was supportive of the "Brevik action" however he didn't seem to care for his name being found in the list of emails sent out. 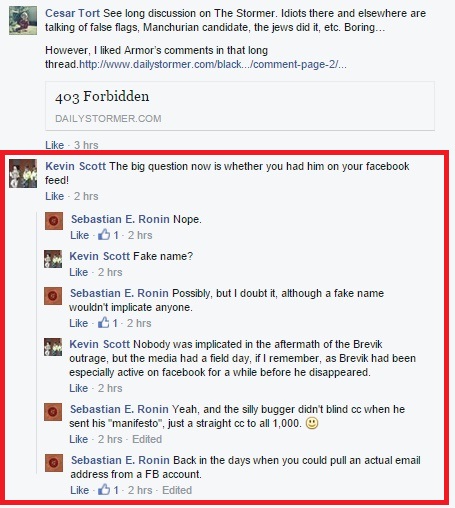 Other boneheads reacted as well. Dan Hall of the Southern Ontario "Skinheads" commented on the "National Post" article featuring Fromm: 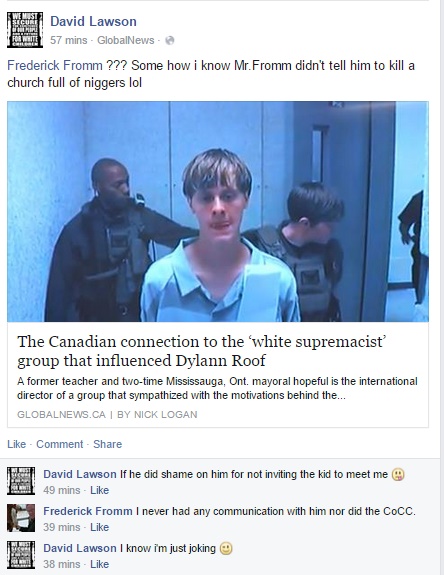 Before that he noted that the Charleston killer seemed like a, "good kid." 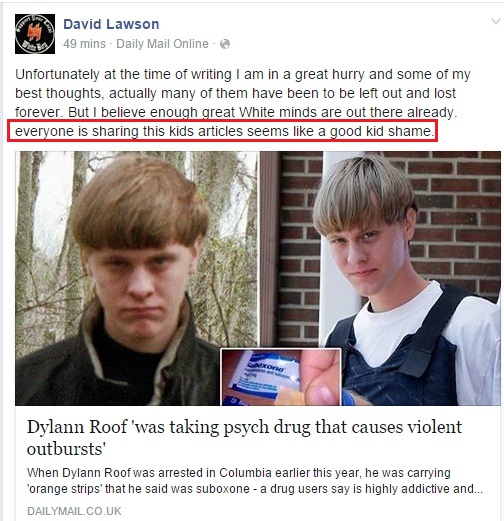 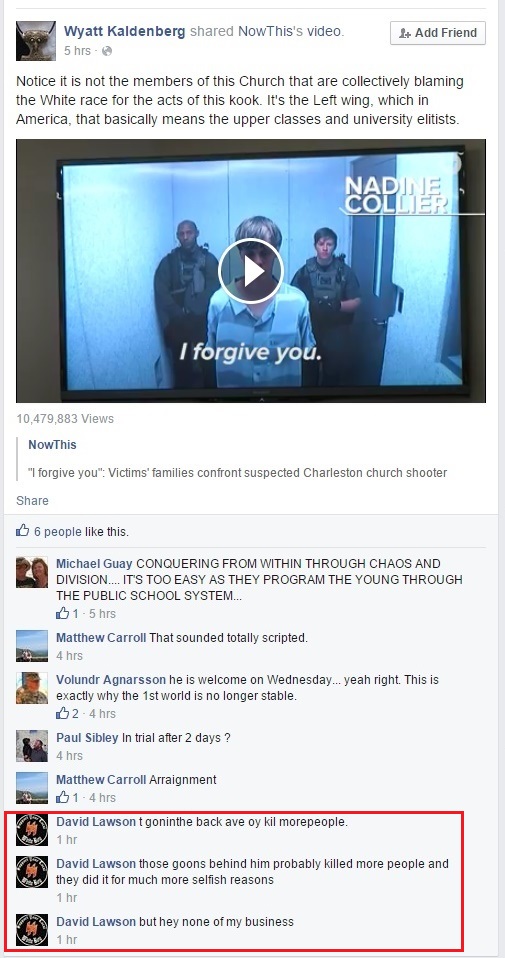 As expected the rhetoric on VNN was especially ugly:

Tomasz Winnicki used the tragedy as yet another opportunity to push for a racially segregated society: 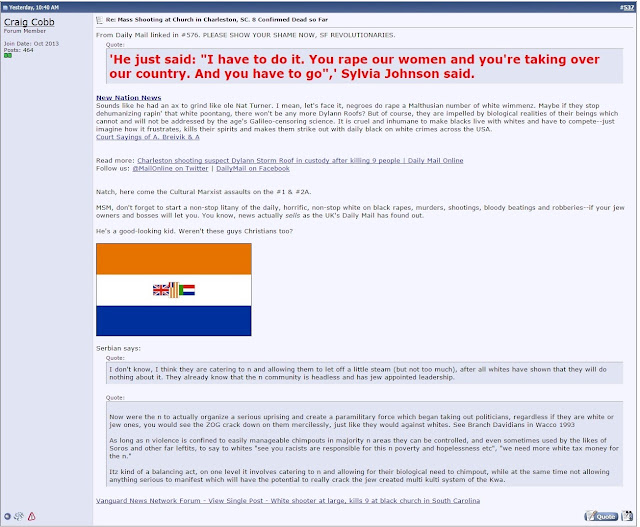 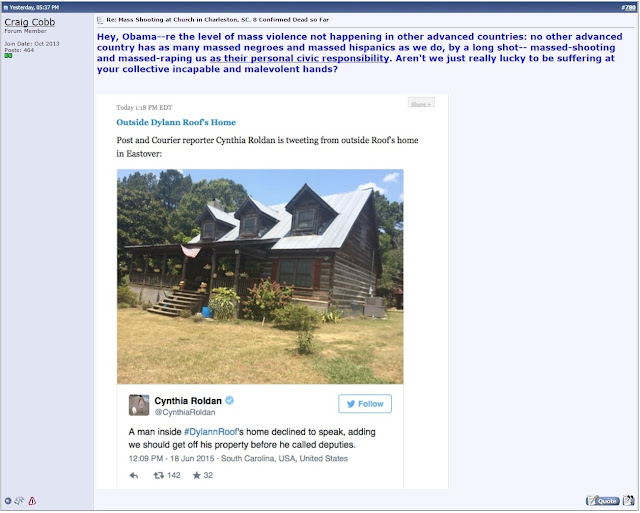 Finally, we have Jonathan "vikingwarlord14" Kotyk of Winnipeg who argues that violence is an effective means of enacting the changes "White Nationalists" support:

This is the "White Nationalist" movement in all of it's ugly reality.

If these morons want to live in isolation, like Craig Cobb proposed and tried, why not let them? Don't get me wrong, I can't stand racists of any stripe but it seems to me that way they'd be away from potential victims and be less of a danger to us (functioning members of society), and on top of that they'd always be in one place and we'd be able to find out who they are and maybe even somehow track if they leave, where do they go etc. It would seem to me that they would also possibly flock to this community, almost like how you put the bug trap on the other side of the patio... the one where you don't sit... as one of the above bone heads said, what have we got to lose, a bunch of racists? I say let them live in butt-f*ck nowhere with a bunch of like minded redneck trash, far far away from anyone who might otherwise be subject to their violence.

Fair enough. My concern though is that the plan is to take over existing communities, thus victimizing people who have no desire to live among bigots like Cobb.

If they want to start their own community from scratch, have at 'er. I'll make some popcorn and watch the show as their perfect ethnically pure utopia implodes. It would be a fun show.