In the "manifesto" published on his website before he murdered nine men and women, the Charleston killer was clear who first inspired his hatred of African-Americans:

The event that truly awakened me was the Trayvon Martin case. I kept hearing and seeing his name, and eventually I decided to look him up. I read the Wikipedia article and right away I was unable to understand what the big deal was. It was obvious that Zimmerman was in the right. But more importantly this prompted me to type in the words “black on White crime” into Google, and I have never been the same since that day. The first website I came to was the Council of Conservative Citizens. There were pages upon pages of these brutal black on White murders. I was in disbelief. At this moment I realized that something was very wrong....

The MSM has begun to focus on this connection and the nasty rhetoric of the Council of Conservative Citizens (CoCC) that appears to have contributed to the Charleston killer's actions:

CHARLESTON The writer of what could turn out to be Dylann Roof’s manifesto cited the Council of Conservative Citizens as something that influenced his thoughts on race and racial separation.
....
Richard Cohen, president of the Southern Poverty Law Center, which tracks hate groups, told The Los Angeles Times that much of the language in the manifesto was material lifted from the CCC, which he called a “modern reincarnation” of the old White Citizens’ Councils that in the 1950s and ’60s resisted school desegregation in the South.

“The CCC is very active in Roof’s home state of South Carolina,” Cohen told the paper. “It seems the CCC media strategy was successful in recruiting Roof into the radical right

He identified the CCC’s webmaster as white nationalist Kyle Rogers, who lives in Summerville, a Charleston suburb. According to a report on the website, the Internet-savvy Rogers trained as a computer engineer and moved to South Carolina in 2004.

The CCC’s website also rails against immigrants in the country illegally, defends the Confederate battle flag flying on the South Carolina capitol grounds and in 2011 pushed for a boycott of the movie “Thor” because it cast Idris Elba, a black actor, as a Norse god.
....

It might interest our readers, including members of the msm who read these pages, that Canada's own Paul Fromm is a member of the CoCC. Here he is in October 11, 2007 discussing a sanitized version of the CoCC, a hate group on which he sits as a board member and is described as the organization's international director:

Fromm continues to be an active member of the CoCC, speaking to the organization on a number of occasions in recent years, such as in July 2013.... 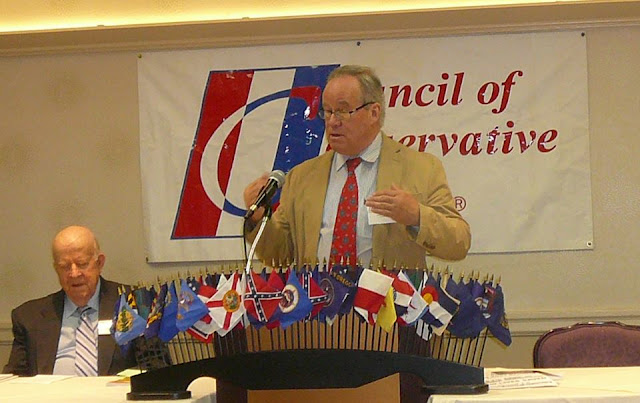 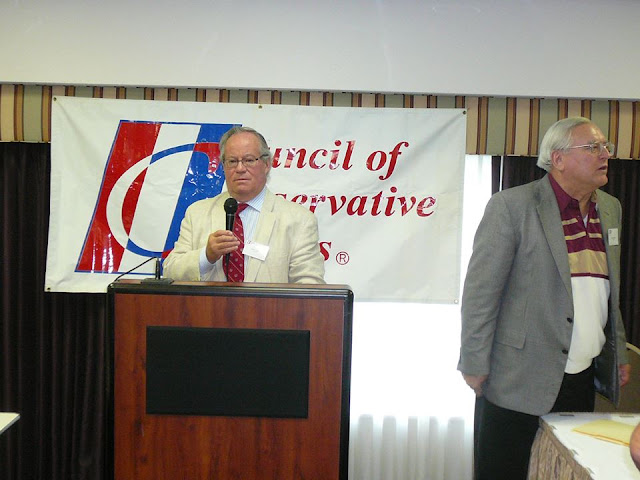 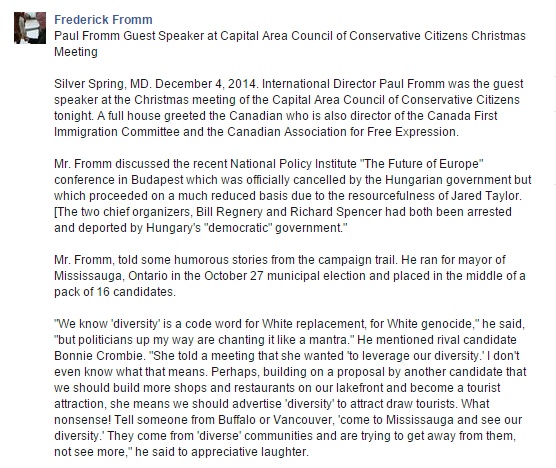 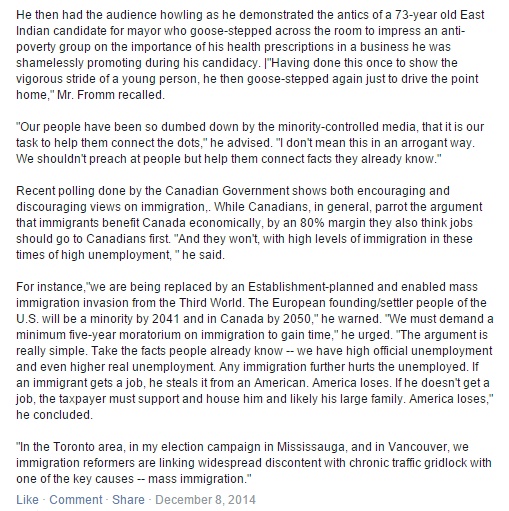 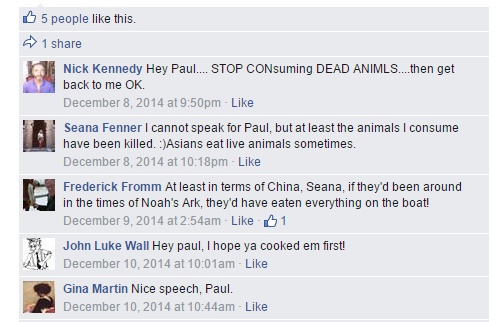 The Southern Poverty Law Center has a profile on Fromm in which his membership in the CoCC is featured: 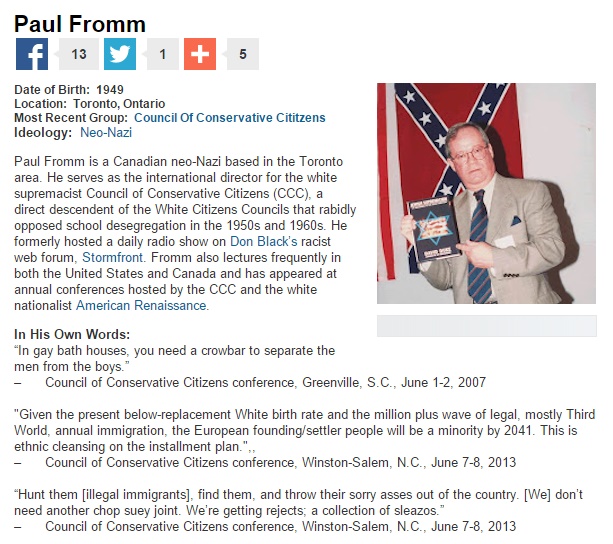 ....At the 2007 CCC annual conference in Greenville, S.C., Fromm presented a talk entitled “Turning America Upside Down: From Karl Marx to Hillary Clinton & Barack Obama.” His presentation alleged that the two Democratic frontrunners for the 2008 presidential race were a man-hating feminist and a black man raised as a Muslim. Fromm characterized America as “feminized, de-christianized, and deracialized,” eventually referring to it as “Absurd-istan.” Later that year, in a July meeting of white supremacists in Atlanta that included figures such as Klan lawyer Sam Dickson, Fromm reiterated these statements, claiming they were attempts to gain support for radical feminism and “crypto-Moslem” ideals.

During the 2008 CCC leadership conference, held on June 20-21 in Sheffield, Ala., Fromm proclaimed that white people should feel “no more guilt.” He went on to assert that Mexicans in America were planning a “Reconquista” and that “numbers are everything.” His plea was to ban immigration while whites built up their numbers.
....
Fromm was a speaker at the 2012 annual American Renaissance conference held March 16-18 in Burns, Tenn. He shared a stage with Jared Taylor, the group’s founder, as well as figures such as Richard Spencer, a white nationalist and editor of the online magazine Alternative Right; Roan Garcia-Quintana, a lifetime CCC member who was dismissed from Gov. Nikki Haley’s re-election steering committee in June 2013; and James Edwards, host of The Political Cesspool, a racist radio show that has served as a platform for neo-Nazis, anti-Semites, Holocaust deniers, and a host of other extremists.

Perhaps Paulie would be interested in explaining the position of the CoCC to Canadian journalists? 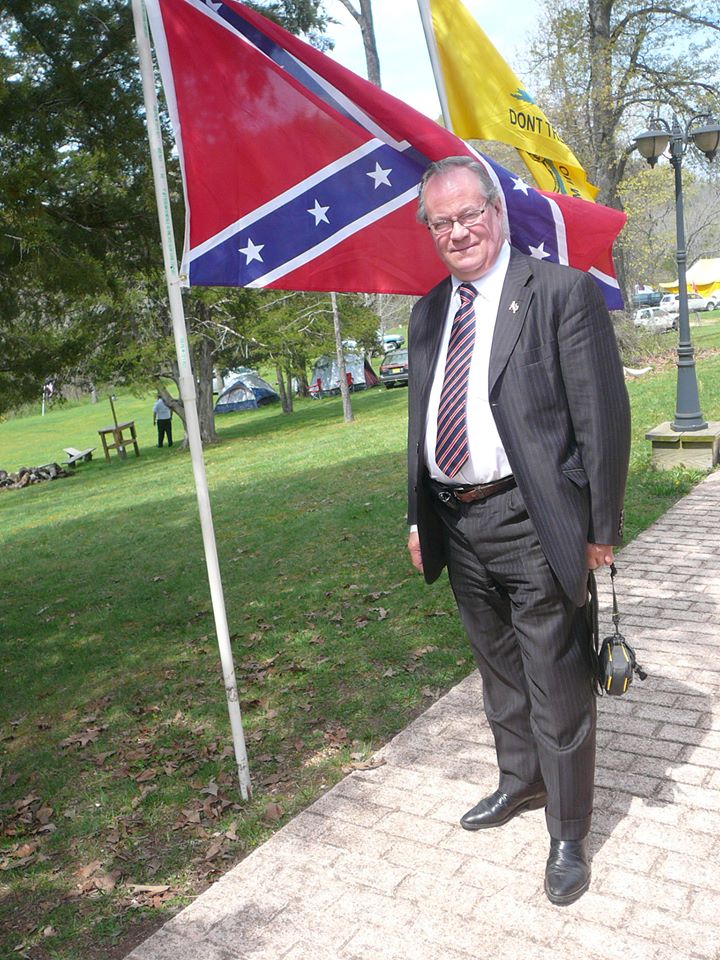