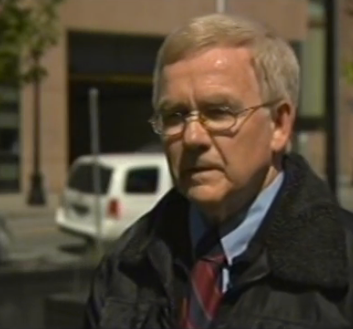 This past April we posted a story concerning the efforts of Immigration Watch Canada to draw attention to what they claim as a "broken" immigration system. They did so in an especially dishonest way: 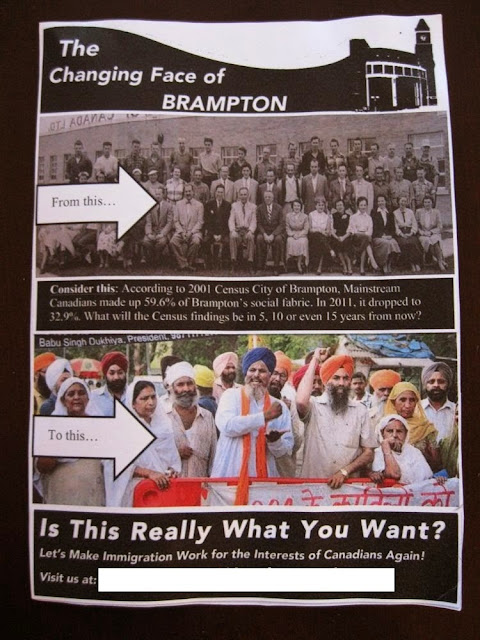 As we noted in our previous article, the bottom photo doesn't feature Brampton area Sikhs, nor does it depict Sikhs even living in Canada:


It might be important to note that Immigration Watch Canada couldn't even be bothered to include a picture of the Sikh community in Brampton that they are attacking. The photo, featuring Babu Singh Dukhiya, are of Indian nationals in India. None of them, so far as we can tell, are Canadian citiizens. Actual depictions of Sikh Canadians who have seamlessly integrated into Canadian society, such as the man in the photograph below donating blood at a Canadian Blood Service clinic and the the city councillor attending the opening of a new hospital, sort of doesn't fit with the nightmarish dystopian future they want people to envision as a result of immigration.

The phrase, "mainstream Canadians" is found on the poster and is echoed in the first paragraph of IWC website, though the word "population" replaces "Canadians" in this case:


Immigration Watch Canada is an organization of Canadians who believe that immigration has to serve the interests of its own citizens. It cannot be turned into a social assistance / job-finding program for people from other countries. It should never be a social engineering experiment that is conducted on Canada’s mainstream population in order to make it a minority.

Though they are attempting to present themselves as a group of citizens concerned about the levels of immigration to Canada, they reveal their cards pretty early in that "mainstream Canadian" = white/European Canadian.

This past Monday, IWC held a protest in front of  the Minister of Citizenship and Immigration Chris Alexander's constituency office in Ajax, Ontario. The numbers were small and the message rather convoluted: The protest however did afford Paulie with yet another opportunity for self-promotion:


Later, IWC promised that there would soon be video and images posted to their website or Facebook page: 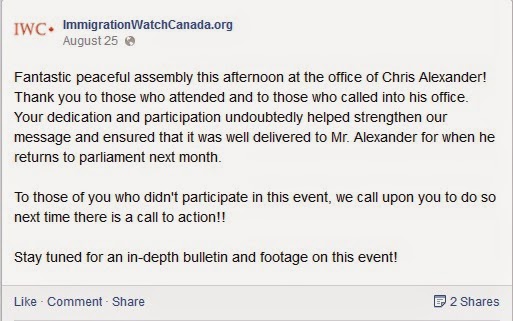 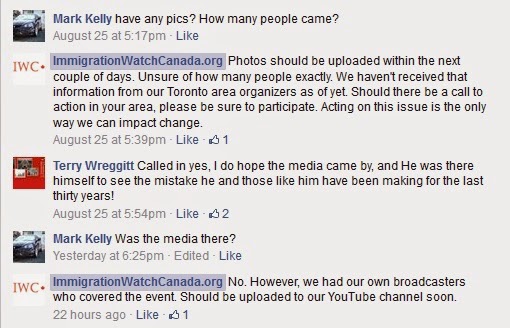 It is while perusing IWC's Facebook page that one really gets the see the real ugliness of Immigration Watch Canada and their supporters, some of whom are known to us as members of the racist movement and some who have been featured on this blog. More on them soon.

Back to the protest that took place on August 25. Prior to the poorly attended protest, IWC made a number of posts promoting the event and encouraging action: 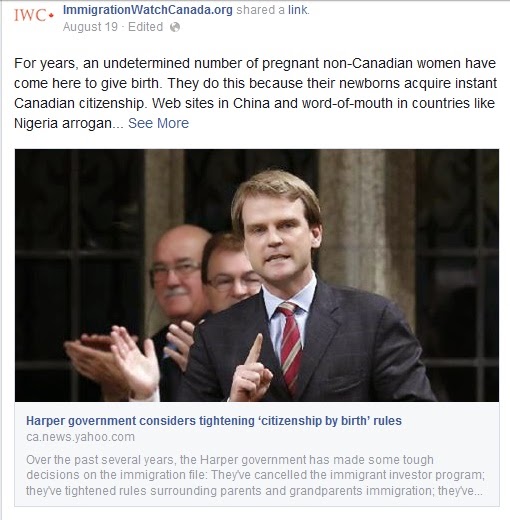 One of the comments read as follows:

This comment is not an isolated example of the naked bigotry found on IWC's Facebook page. It is the norm. In fact one individual associated with the Aryan Guard who had participated in a number of their rallies posted the following in April: 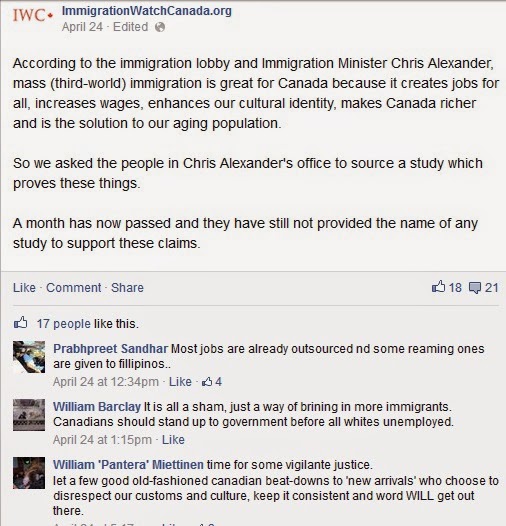 Yep, that there is shirtless "Willis" (real name William Miettinen) or "I'm not a Nazi." 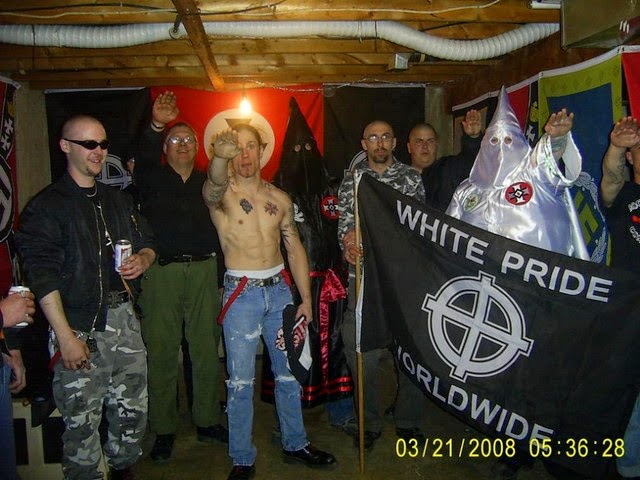 We also have this anti-Semitic nugget: 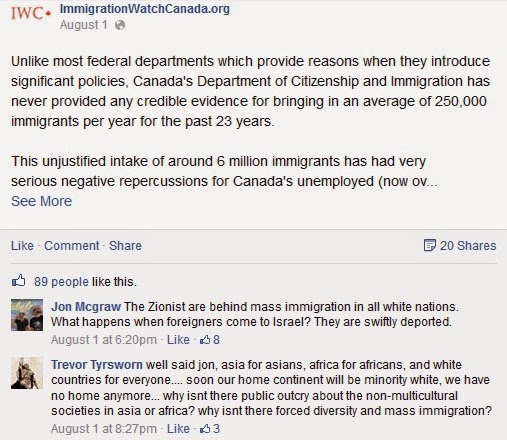 We had mentioned the Whitaker mantra in our previous post concerning IWC. That Trevor here echos the mantra isn't a surprise.

In another post dealing with anti-Asian exclusion laws passed early during the previous century, we see another "White Nationalist" though his association with Sebastian Ronin and the Renaissance Party of North America might cause him to reject such a label: 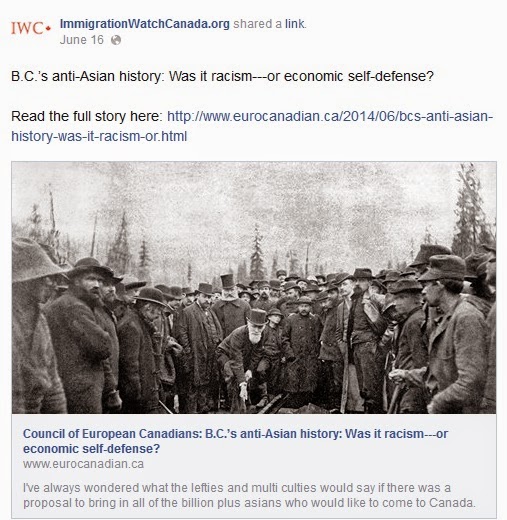 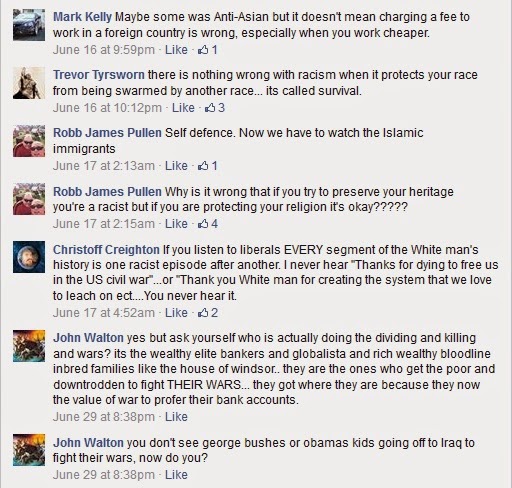 We last saw Chris Creighton at a protest in Toronto at this failed protest: 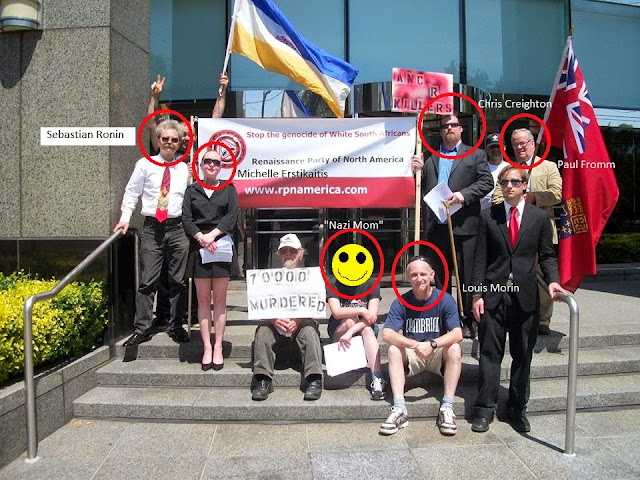 Now, back to IWC's focus on Chris Alexander. The implication of Alexander as somehow being a traitor resulted in some really ugly comments: 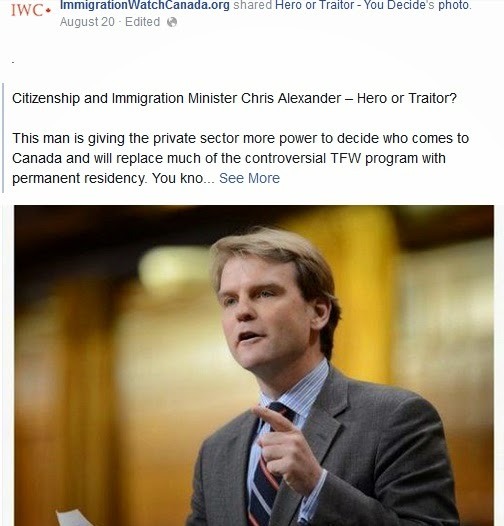 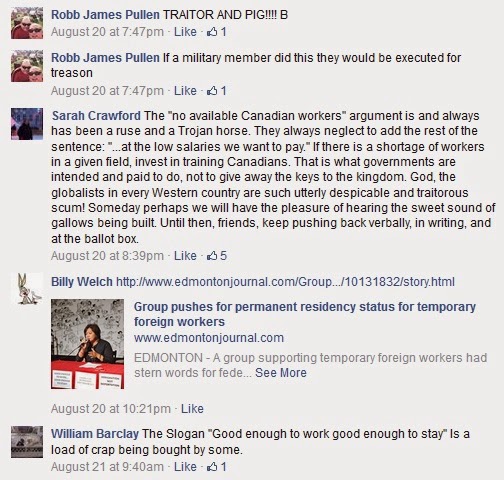 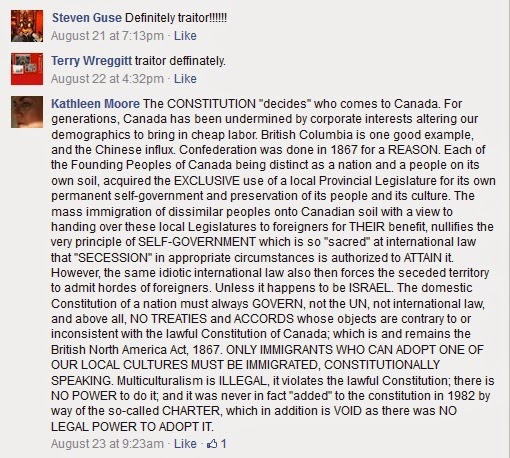 Though it might not be as vicious as the language used in this follow-up: 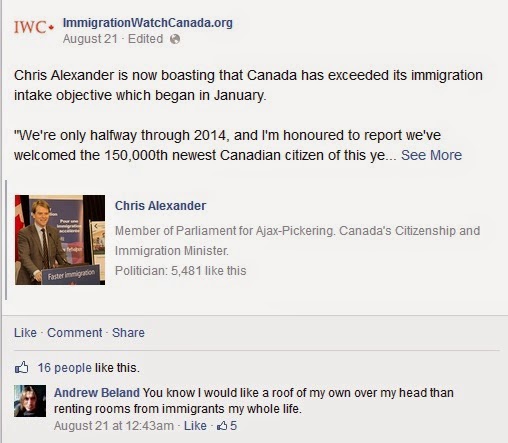 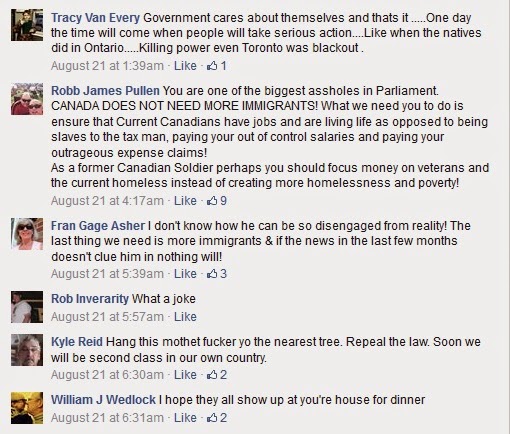 We might note that Andrew Beland is also known to us as well as a poster on Stormfront and as member of Facebook group Fatherland Front (hasn't been particularly active since June).

If one suggests that IWC might not be as extreme as the membership of the Facebook group but is simply an advocate of free speech, we offer those readers this: 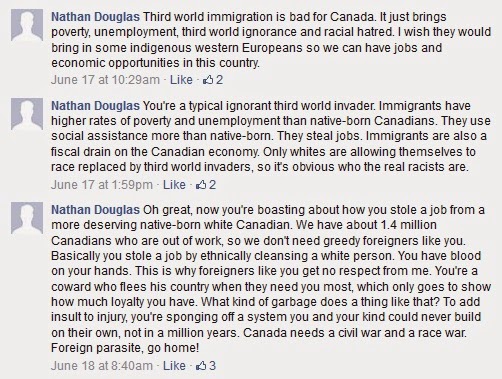 Nathan Douglas is addressing an individual who was deleted by IWC. The individual in question had written the he, a Canadian by immigration, was hard working and a contributor to Canadian society. For this he was attacked and his post removed. And as for agreeing with Douglas' views?

The name might sound as if it is some conservative think tank, but Immigration Watch Canada is as crude as any racist organization we've come across. 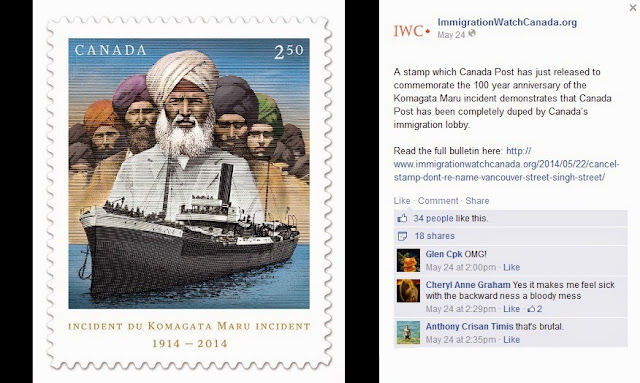 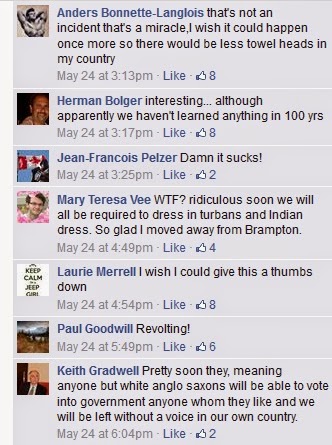 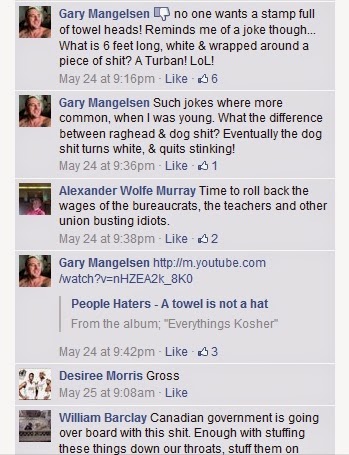 It's pretty disgusting, actually. A lot of the vitrol currently being directed at Temporary Foreign Workers these days is really awful.

A lot of Facebook groups in particular are really amplifying the voices of bigots who are successfully channeling frustration with the Canadian economy in a xenophobic way.

Trevor here is also friends with Bill Noble and is a former associate of Dean Clifford and the Freeman Movement, though one could say that he has grown disillusioned with Clifford.
canadian immigration lawyer