Late last month we posted an article on an apparent assault during Ford Fest. Ron Banerjee, who has been featured on this blog as a result of his virulent Islamaphobia, is seen in a video with his hands around the throat of a protester at the event. Prior to this incident, Banerjee was caught on camera shouting at a group of LBGTQ protesters:

Banergee can be heard saying the above homophobic slur in this video at 5:17.

Given the language used and the fact the protester Banerjee physically accosted was wearing a rainbow flag as a cape (though he himself was not gay), the incident could be reasonably viewed as being motivated by hatred towards LBGTQ people.

While we don't have specific details, we know that some one or some group has filed criminal charges against Ron Banerjee. Now it's up to the Toronto Police Service to follow it up.

In the initial aftermath of the incident, BCL contacted Meir Weinstein of the JDL to ask what he thought. At one point the JDL and Banerjee's one man show, Canadian Hindu Advocacy, appeared to be working together and the JDL appeared to give Banerjee's CHA some level of credibility. We at ARC continued the discussion with Weinstein. At the time Weinstein noted that he was in favor of equal rights and that it had been more than two years since the JDL and CHA had worked together. By the next day Weinstein appeared to be rationalizing the alleged assault: 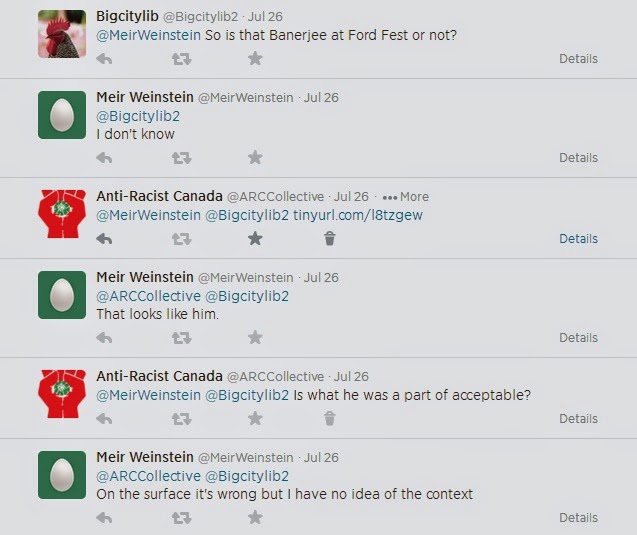 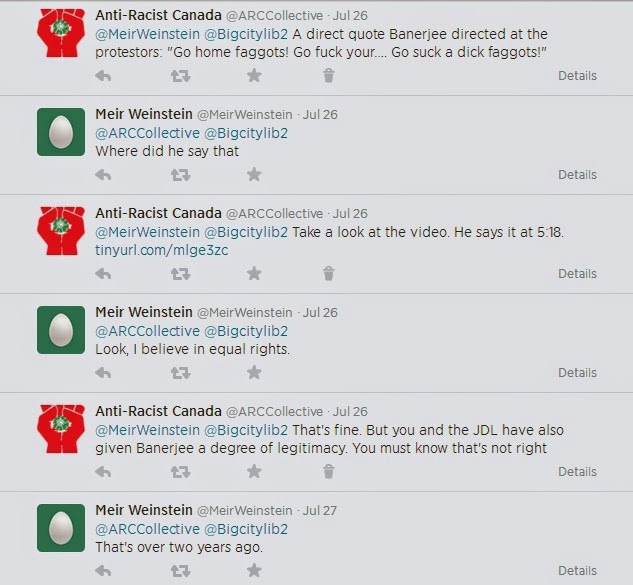 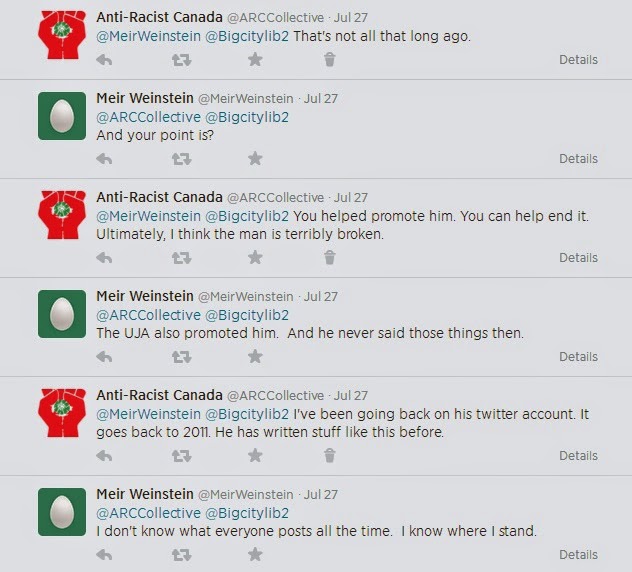 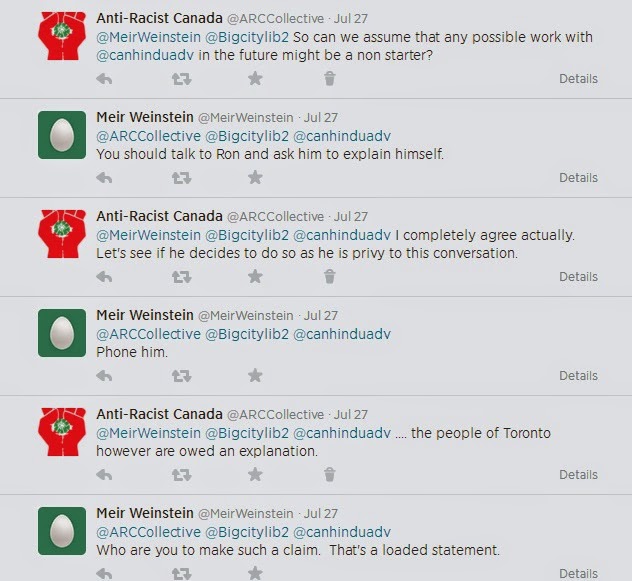 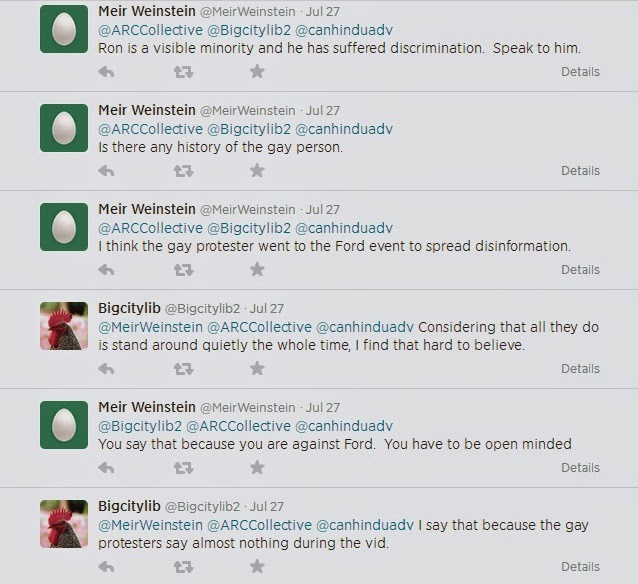 And now when BCL posted his update today, Meir Weinstein suggested that the alleged assault was due to provocation from the protester, though his source for this allegation appears to be Banerjee: 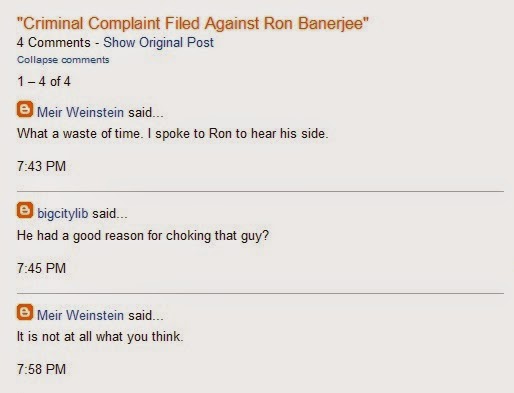 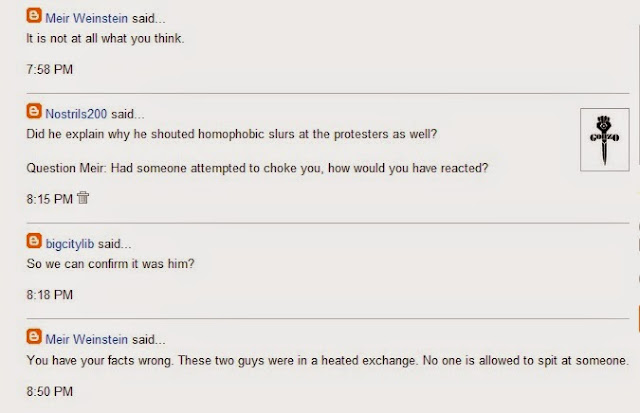 The discussion taking place on BCL's blog is ongoing. As for the criminal complaint filed against Banerjee, we'll see what transpires.
Posted by Nosferatu200 at 19:00