We received more information regarding our post from October 3. 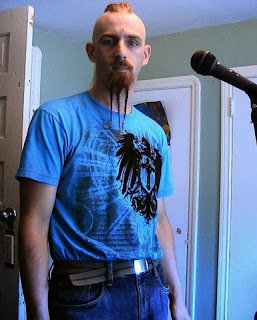 Our readers are well familiar with many of the recurring characters in the Canadian racist movement. And counted among the more colorful characters would have to be Bill Noble. A few posts to remind our readers and to bring up to speed any who are unfamiliar with Billy's antics: 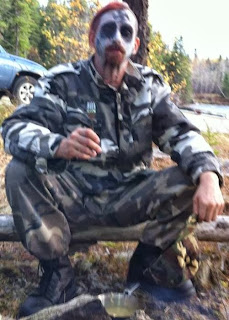 The above photo is a few years old now. It was taken when Billy took some time to, "live off the land" or something to that effect. Billy was actually brought up off the grid in British Columbia and as an adult came to view himself as a "freeman" which was a philosophy (one he appears to have adopted before being sentenced to 4 months in jail and which he justified the immediate violation of his parole) he was able to easily mesh with his "White Nationalist" views. For a while he was an acolyte of Dean Clifford whom we have also profiled here on the blog (here, here, and here) until there was a falling out between the two of them.

So when we were told that one of the people involved in the most recent, "freemen-on-the-land" escapade near Grande Prairie, Alberta was tied to someone from the Aryan Guard/Blood & Honour, we assumed it had to be Billy.

But we were wrong.
It wasn't Billy who was involved. It was his ex girlfriend. 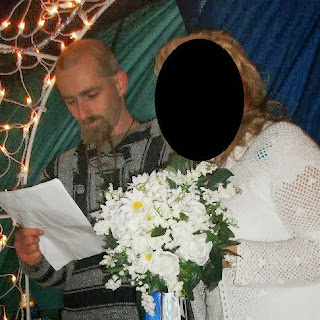 Yes we have the uncensored photo of Billy's and Shaunda's "commitment" ceremony from last October. No, we aren't going to publish it, at least not yet. It was Billy's relationship with Shaunda which resulted in him, at least for a time, being considered persona non grata in the world of Blood & Honour:
Not sure how much of Billy rubbed off on her, but it seems interesting that she is currently engaged in the very activity Billy himself sort of fantasized about doing himself.

He looks like a racist reject of the Insane Clown Posse.