We don't often turn our gaze south of the border unless there's some link to Canada or to Canadian boneheads. So when Craig Cobb's efforts to turn little Leith, North Dakota into little Bavaria circa 1939 became public, we couldn't help pay attention.

Not long after fleeing from Canada where he held citizenship back to his native United States (Cobb had been charged with violating this country's hate crime laws) Cobb quietly began purchasing property in the small village of Leith, North Dakota. Much of the property was purchased cheaply, in some cases sold by owners who hadn't been to Leith in some time, and it was pretty clear that no one knew who Craig Cobb was nor his motivations. So when it hit the news that Cobb was buying property so that he and other boneheads could move to the village, take over the government, and enact racist bylaws (not to mention naming future parks and buildings after Hitler or infamous American racists) the freakout was more than understandable. He also gave property to a who's who of racists, including Tom Metzger, Alex Linder of VNN, the National Socialist Movement, child pimp April Gaede (at least when it came to her eldest daughter's musical careers, though we can't be certain that she wouldn't have offered them both up to David Lane had the opportunity arose) and Canada's own Paul Fromm (should he accept the offer).

Turns out though the good people of Leith and the surrounding area really don't take a shine to outsiders trying to impose their ideas on them though. Cobb himself lost his job and encouraged his supporters to harass his former employer so he could get his job back (because that is a TOTALLY not crazy and perfectly rational approach to conflict resolutions). Then when convicted felon Jeff Schoep and a few members of his National Socialist Movement gang traveled to Leith to support Cobb, they were met by a much larger counter protest which included Lakota and Dakota warriors.

We gotta tells ya that if we were gamblers, we would  bet on the Lakota or Dakota warrior in a fight with an "Aryan" warrior any day of the week. We mean, even the elders who took their flag and then burned it kicked their asses... albeit figuratively.

Things also haven't helped matters when it was learned that Cobb's residence didn't have sewer or running water. To wash himself he used bottled water and when he wanted to drop a deuce he had to go outside to an outhouse which might be fine if you're staying in a cottage at the lake but it's not so cool when your neighbor is working in her garden next door.

So in other words, they expect to build this.... 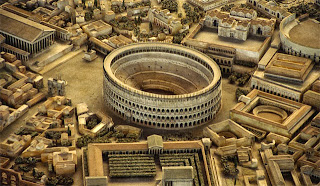 .... but thus far has only managed to get as far as this: 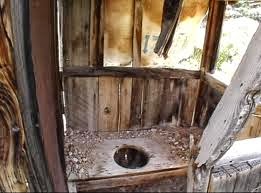 But last week there was finally some good news for Cobb and co. A couple of boneheads and their five children in Oregon had decided to take Cobb up on his offer and move to Leith. The folks at VNN, well, they were over the moon!

And there again is our biggest fan Tomasz Winnicki. Don't worry Tommy, We haven't forgotten about you, but your messages are beginning to sound really needy. Please have some dignity and stop throwing yourself at us.

But we see here that broken record Winnicki is still pushing the same line. If ONLY there was an all white city or country that they could live in. If such were the case, scientific innovation would reach new heights, the arts would prosper, crime would be non-existent, and women would know their place.

This view is more succinctly and eloquently stated in Winnicki's oration below:

But there's just a little snag in Winnicki's theory.

First, we want to briefly discuss a project we've been working on. Really it's a variation on a challenge that Winnicki presented us with. He suggested that we count the number of African-Canadians in Canada who are arrested and/or suspect in crimes committed in the city versus the number of whites using the information found on the Toronto Police Service website. Given his animosity towards and distrust of the police, one might wonder why he would even consider the information provided by the police in Toronto to be valid, but that's his issue to deal with. His premise is that the higher percentage of African-Canadians who are suspected of or arrested for crimes when compared to white Torontonians is indicative of the latent criminality and general inferiority of people of color, specifically those who are black. Socio-economic issues are not a consideration for Mr. Winnicki.

Well, we actually have sort of taken on the challenge, though not in the way Winnicki envisioned

Instead of keeping a running tally of Toronto crimes statistics, we've actually been looking at the number of VNN members, both active and banned, who have criminal records (sort of like this guy). Suffice it to say that the information is most telling and does not present the boneheads on the racist forum in a very positive light, but that is for a future article.

The second snag is self evident to anyone who has spent any amount of time visiting VNN or Stormfront or the Blood & Honour forums or any other racist webforum that exists.

Craig Cobb is proposing that boneheads from around the country move to Leith in order to create a, "White Nationalist" paradise when the reality is that boneheads, when push comes to shove, can't stand being around each other.

To illustrate this point, we would direct our readers to the following links. We are not going to provide a lot of screenshots since we feel that our readers should experience the vitriol in all it's dysfunctional glory:

The next two require one to log in. If you do, both provide a very entertaining read:
Oh, okay! For these two we will pick out a few particular screen shots just to provide a bit of a taste of what else is included:

These aren't the exceptions either. These are pretty much the norm.

For those of you who believe that Winnicki is is above these pissing contests, then you really are new to this blog:

So to sum up, while they might aspire to.... 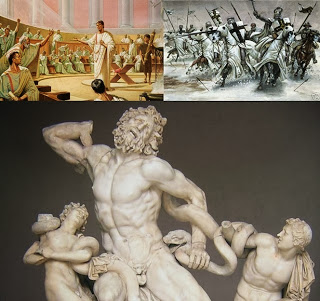 .... the MOST boneheads could expect to achieve, and frankly none of us believe they could manage even this much, is: 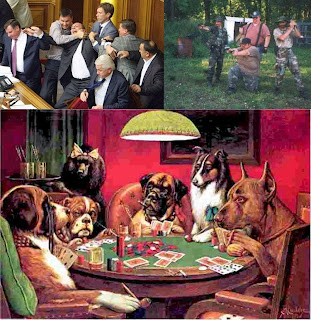 "But nos!" we here you shouting impotently at your computer screens (because, you know we really can't actually hear you, right?), "hasn't Cobb already succeeded in a way since a neo-Nazi couple and their five children has set down in Leith? Not exactly quality, but the quantity is also a concern isn't it?"

Yeeaaahhhh..... funny story about that:

A white supremacist who moved to the tiny Grant County town of Leith two weeks ago was forcibly removed from a city council meeting after law enforcement officers were called in to help control the situation.

Kynan Dutton, 29, came into the Leith city hall on Friday night, when officials were holding the first reading on a new ordinance that will place a moratorium on any new building or trailers until the community can add zoning and building codes. The moratorium was approved later in the meeting.

Dutton and his wife, Deborah Dutton, and their five children moved from Oregon to Leith on Oct. 5, saying they were the first white supremacist settlers in a plan to take over the community and the town’s government.

They are living in the house owned by Craig Cobb, a hate crimes fugitive from Canada and neo-Nazi, who started buying up property in Leith more than a year ago. Nazi flags are flying in front of the house, which has no water or sewer, and the Duttons told the Tribune earlier they’re using space heaters to stay warm. [emphasis ours]

“I’ve never heard insults so profane, especially with kids present. It was way off the scope,” Cook said. He said people who brought children to the meeting to observe the council removed them to a house across the street.

Cook said Sheriff Steve Bay returned to the council room and informed council members he had taken Dutton back to Cobb’s house across the street. Cobb himself was apparently out of town.

Bay said Dutton “was pretty drunk” at the time and was taken to the residence, where his wife said she would be OK and where the children were all asleep. [emphasis ours]

After the ruckus, the council approved the moratorium on new buildings, which Mayor Ryan Schock said is a reaction to the white supremacist movement. He said if people are moving into town, the council wants some organization and basic sanitation codes in place first.

Bay said law enforcement officials were continuing to investigate the situation and said he would meet with the Grant County state’s attorney about possible charges.

Yeah, maybe Mr. Dutton should lay off the firewater, eh?

Hell. If this is how they tear each other up, I'll start a fundraiser right now so they DO have a place all their own. It'd fall in a year, no doubt about it.