Andrew Benson: “I am not a fan of political correctness”

During the summer when we wrote about a far-right and antisemitic Catholic organization's list of speakers at an upcoming event in Canada we noted that one of the speakers was American libertarian and frequent presidential candidate Ron Paul. We also noted in one photograph that standing beside Mr. Paul was an individual well known to our readers: 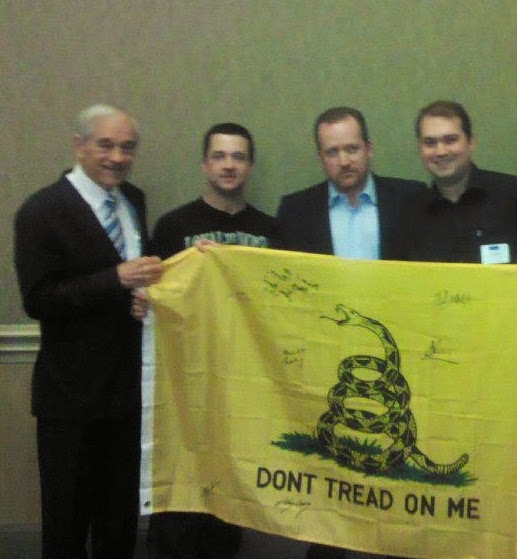 Andrew Benson, who had tried to ingratiate himself to Marxists before sliding into fascism, seemed to have shed another skin and had repackaged himself as a disciple of Ayn Rand as further indicated by his other photographs: 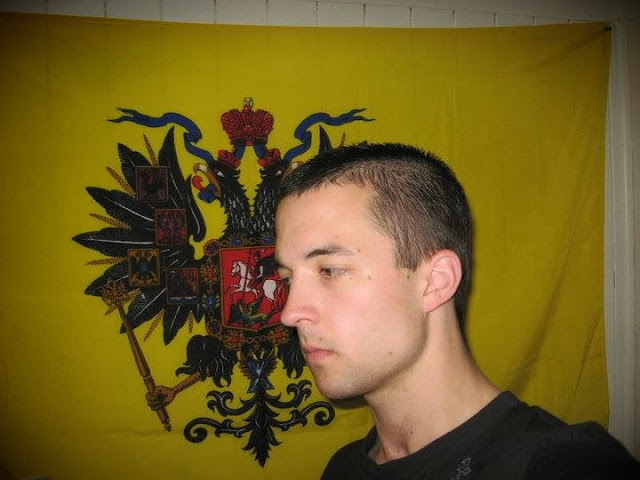 Hmmm, seems that Benson still has a thing for flags.

So if Andrew Benson has decided that identifying with a philosophy that has resulted in the death of millions based on a sense of racial superiority, well that's just super.


But there's a bit of a problem. You see, it looks as if Benson has just traded up. Instead of seig heiling and flying Nazi flags, it seems that Benson has simply decided to associate with the suit and tie racists:

“We want to change the world”: Inside a white supremacist conference aimed at millennials

In the basement of Washington’s Ronald Reagan building this Saturday,  100 or so preppy white folks gathered to talk about their disgust with modernity and their embattled race. The room felt like a bunker, windowless and cramped.

Near the White House, the men — and handful of women —  bought books about the IQ differences between races and listened for nearly nine hours, as speakers from the U.S., Switzerland and France carried on about their shared European heritage, the impending financial collapse and the absurdity of believing all men are born free and created equal.

“God did not give people inalienable rights any more than he made them all equal and it is just the silliest kind of thing,” said Sam Dickson, an attorney who has spent decades supporting ultra-right-wing causes from Holocaust denial to Confederate revisionism. “That kind of thinking to the brain is like cotton candy to the stomach as compared to roast beef.”

The conference, titled “After the Fall: The Future of Identity,” was an opportunity to vent about a world that “has begun to crack and splinter under the pressure of mass immigration, multiculturalism and the natural expression of religious and ethnic identities by non-Europeans,” an online announcement explained. The conference comes as much of the white separatist movement is coalescing in opposition to Congress’ push for comprehensive immigration reform.

The host was the National Policy Institute, a quasi-think tank “dedicated to the heritage, identity, and future of European people in the United States, and around the world.” In sessions, speakers carried on about “The God That Failed,” “The Children of Oedipus,” the “Question of Identity.”

“We want to change the world,” NPI leader and conference organizer Richard Spencer announced  to his people. “We feel we are at the end of a certain paradigm and we want to take part in creating a new one.” The conference, in essence, was an opportunity for paranoids to hold a planning session/pep rally for their long-awaited economic or cultural collapse.

For the most part it was pretty small-bore stuff. In the lobby outside of the Polaris room, young men debated whether Ayn Rand’s message of individualism served the white race or fragmented it.

Of particular interest fro our readers is this brief interview:


Perhaps the most surprising thing about the conference were the number of young men present, millennials in search of a political identity.

“I am not a fan of political correctness,” said Andrew Benson, 28, who had traveled from Canada to attend. Wearing a black suit vest, red collared shirt and black cargo pants, he looked more like he’d come to his conclusions as part of a teenage rebellion. “I have always had an odd attraction to things that are taboo.”

Yeah, sort of like you were attracted to this? 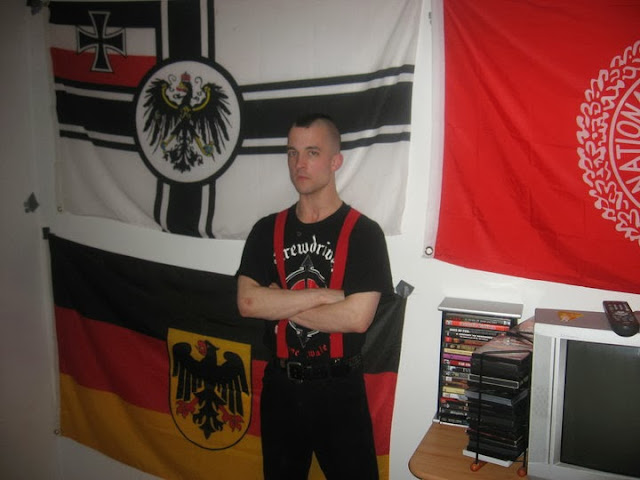 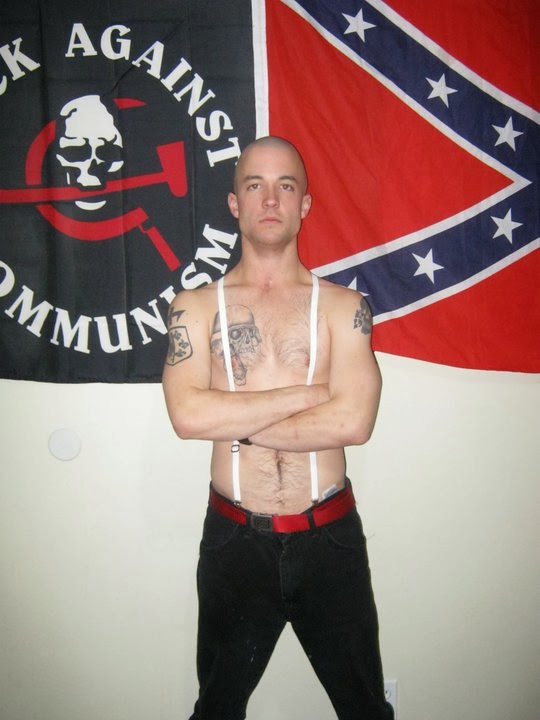 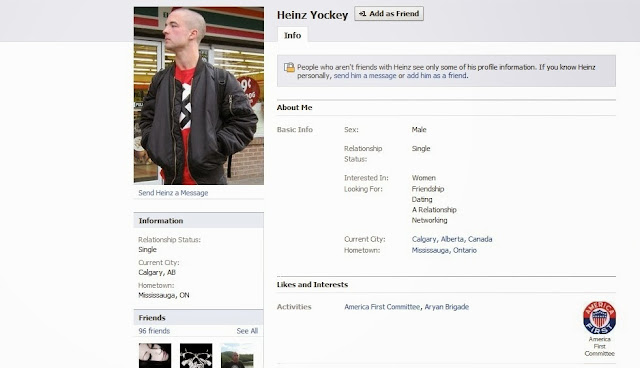 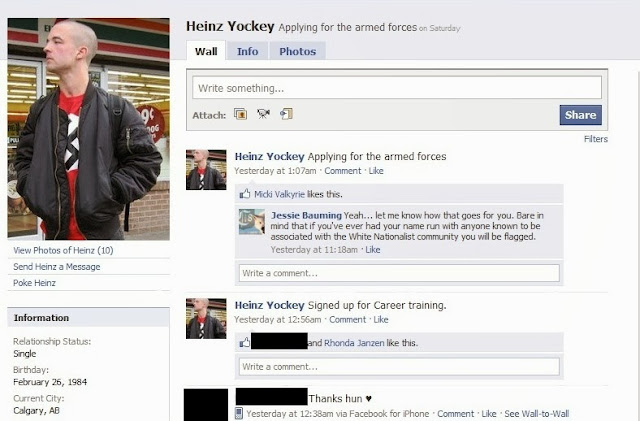 Yep, that certainly was taboo Andrew.
Posted by Nosferatu200 at 21:27