Southern Ontario "Skinheads": Who's Who?

It isn't a surprise that the boneheads read this blog. In fact, since we were the only media that even wrote anything about their little march in London last weekend, some have been paying close attention: 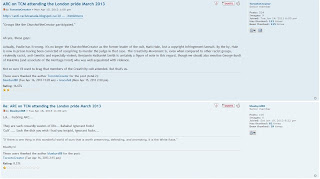 But then again they might not always be pleased with the coverage we provide:

While we didn't see any evidence that Winnicki attended the march, we thought that it was time to take a look at those individuals who are known to have attended (both SOS members and their supporters) as well as some of support that didn't make it to this event.

Max Hynes, the bonehead who, for lack of a better word, founded the SOS. He has been on our radar for a number of years now as he has been associated with the racist movement for some time. He was once close to the McKee aligned Blood & Honour and headed a chapter in Ontario. He attended the march in Calgary in 2011 where he was noted to be especially dim and tried to organize a march in London in 2012 (it went poorly). We assume that his relationship with other B&H members was soured when he was allegedly attacked by two members of the gang. He spends much of his time flexing  for poorly lit pictures: 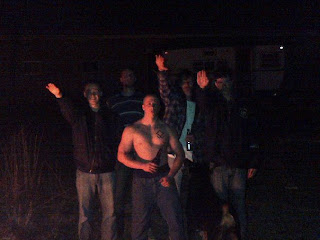 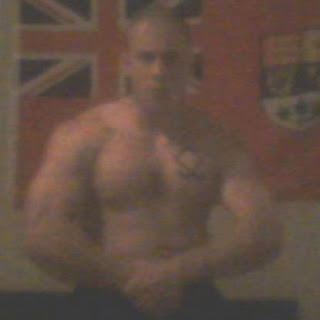 
This charmer goes by the name Gatling Gooding. Really likes paintball, being a racist asshat, and acting like an emo teenager:

Yeah! That will show them!


Eric Sheridan and his life partner Mike "Puddles" Gaio. Both from Toronto, they also have a very long history of racist activities that have been outlined on this blog earlier. Sheridan was one of the boneheads who distributed racist literature in Lethbridge back in 2007 and Mike also attended the march in 2011 in Calgary.

This walking cautionary tale is Adrian Graves. Boys and girls, a little unsolicited advice from your uncles and aunties at ARC. Don't do this to yourself because nothing good can come of it:

Shall we move on? 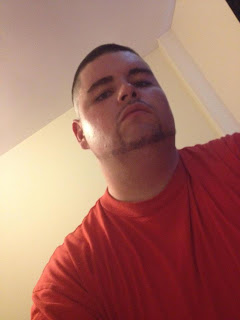 Matt Fowler actually provides us with a little dose of irony, not only based on this photo.... 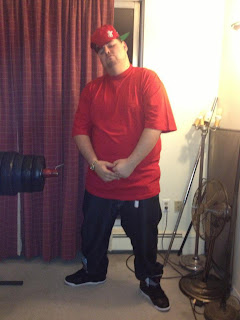 .... but also this particular exchange:

This all might make for a rather uncomfortable Thanksgiving with the family in October. 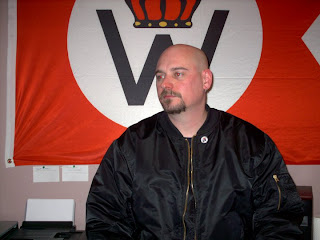 Wes Smith, an adherent of the Creativity cult. He attended the aborted march that ended disastrously in London last year, he posts as "TorontoCreator" on the Creativity forums. Paul Fromm (pictured here with Max Hynes). Paulie has voiced his support for the SOS membership and their efforts which, given his track record, is sort of the kiss of death for the London movement.

Dude! What happened to you? You know that you don't HAVE to eat everything off the plate, right?

Now, these were the folks we could identify immediately. There were others that we wouldn't mind some help with: 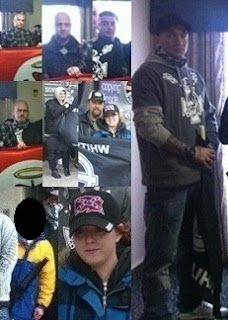 Any help on these ones? We think the woman in the hoodie (middle image) might be Ruud's wife and the guy on the top left has been seen at one other event in Toronto recently. The rest, we're not sure of.

There are also some of the supporters who were not able to attend, such as Amanda Jackson: 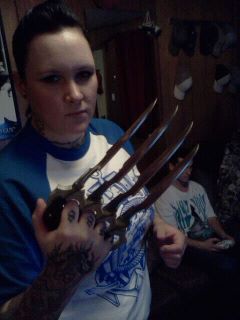 Really, would it kill you to smile?

And then there is this charming fellow:


Who is Joe White? He provides a brief resume detailing just why he feels he will fit in with a bonehead gang:


By the way, we've asked this numerous times but what is it about bonehead's problem with shirts?


Do they have sensitive nipples or something?
Posted by Kurt Phillips at 15:26

"An 18-year-old St. Catharines man has been arrested for allegedly harassing an elderly couple in what people are calling racially motivated conduct.

"Niagara Regional Police said an elderly couple who are long-time residents of an east St. Catharines neighbourhood were being threatened and intimidated. Police said the conduct occurred recently over a period of one month.

"Christian Edmunds, 18, was arrested on Wednesday and charged with criminal harassment.*