Jonathan Besler was one of the few Nazis who showed up at the anti-racism rally in Calgary on March 21. Besler, 32, is from Eatonia, Saskatchewan, where he ran for Mayor in the fall of 2009 on a “Libertarian” platform, an effort which garnered exactly 11 votes. To be fair, Eatonia has a population of only about 500, but it’s curious that someone with political ambitions, however small or improbable, would think it’s a good idea to attend protests with white supremacists. 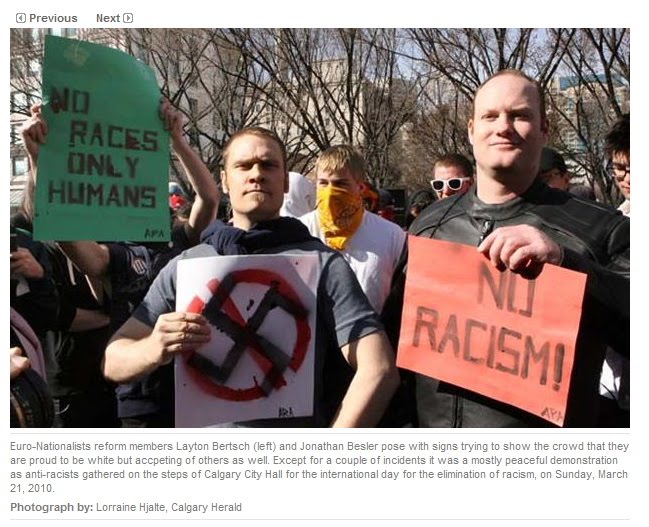 That’s Besler on the right (with Nazi pal Layton Bertsch) in the above photo, attempting to convince the press that he is “proud to be white but accepting of others as well," a message which somewhat contradicts his stance at the 2009 Aryan Guard “White Pride Day” rally (for good measure, we've circled Besler in red and Bertsch in black): 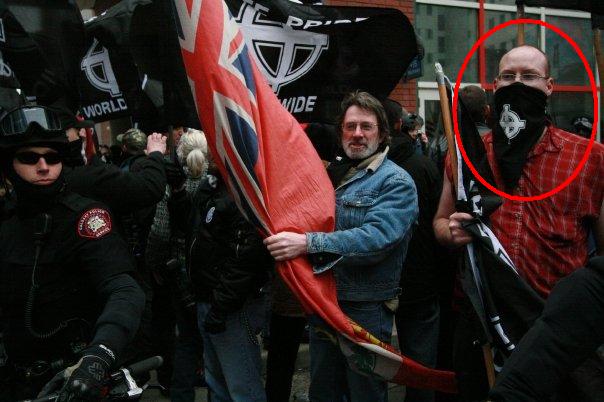 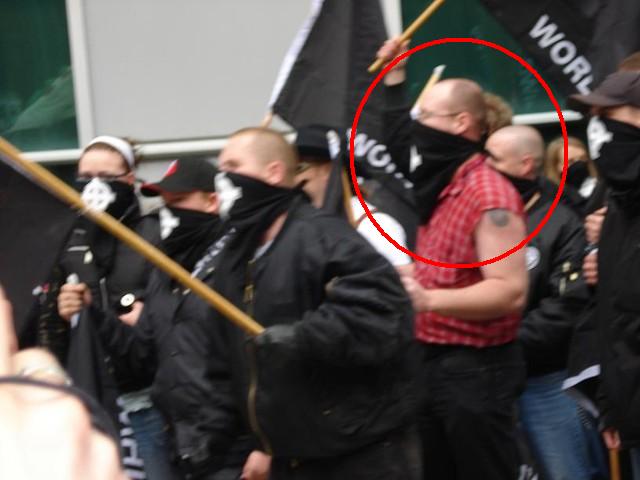 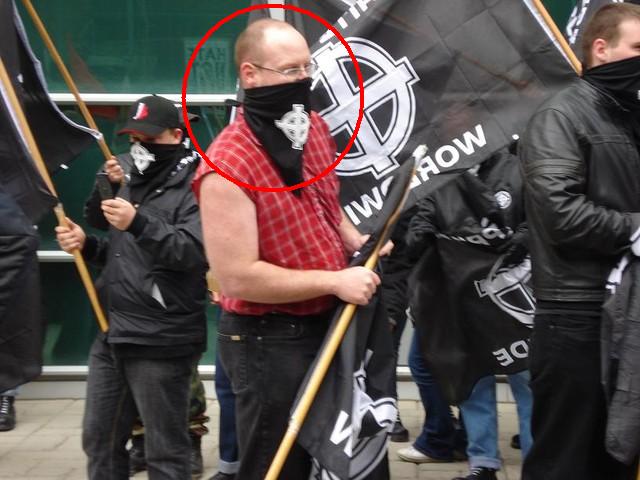 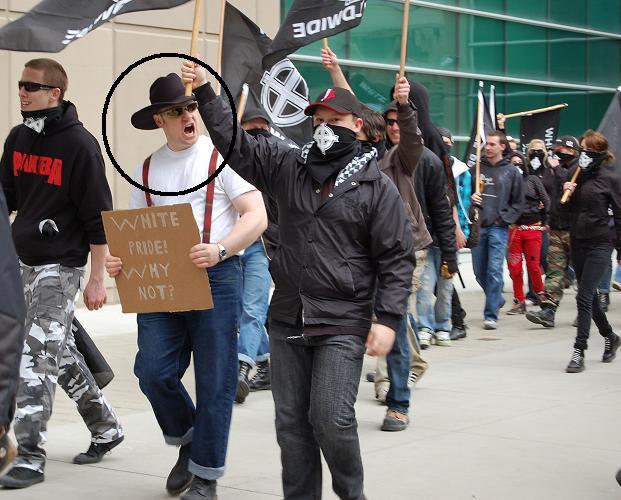 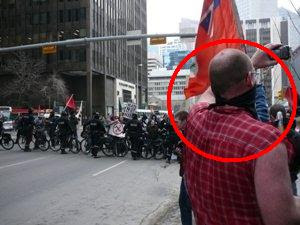 “It’s not the number of immigrants, it’s the quality. With Canada subscribing to Marxist ideals, we attract and import leeches rather than productive individuals.” – Jonathan Besler, May 3, 2009

But if a white nationalist with failed political pretensions doesn’t surprise our readers, it will probably come as no shock that Besler also appears to be the resident “weird guy” with delusions of intellectualism that women uniformly avoid. And try as he might, it seems that Besler, who says his main goal in life is “to have a family and serve God” has been having a little trouble convincing white womanhood to give him the chance:

Besler will probably tell you he just has high standards. His ideal woman is white (because anything else would be genocide), “preferably younger than 21...to 25”, with “traditional family values.” She should be disinclined towards jealousy and possessiveness (his biggest turnoffs) and accepting of the fact that he quotes Judges 10:3-4 and 12:8-14 in reference to his ideal number of future children. This criteria is interesting in light of the fact that Besler also advocates polygamy, seeming to regard himself as a potential future adherent and nurturing a rather suspicious interest in the TV series “Big Love”: 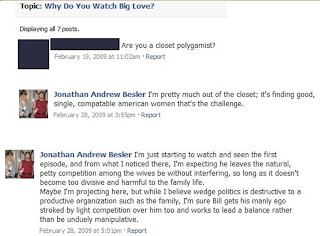 And like all good Aryan Guard supporters and Warren Jeffs wannabes, Besler’s views on preteen motherhood are proudly regressive:

[Q] A twelve year old girl has a baby, should she keep it? [A] Naturally. Just because post-war western women are being nurtured to believe that 30 is the new 13, doesn’t mean I have to buy into that BS. – Jonathan Besler, May 3, 2009

Besler certainly has an “unusual” take on relationships. Aside from plural marriage (good) and race mixing (bad), we momentarily thought we heard banjos strumming in the background as we read his views on reproduction:

“A recent study shows that third cousin marriages result in higher numbers of both children and grandchildren compared to eighth cousin and greater pairings. We can hypothesize that this level of relatedness among humans is close to an ideal balance between inbreeding and outbreeding, though clearly there is a lot more research needed on the subject. Unfortunately, since this type of research is in opposition to the multiculturalists’ agenda, we may have to wait a while. “ – Jonathan Besler, Nov. 19, 2009

Polygamy, preteen motherhood and cousin marriage. Apparently a recipe for fumerase deficiency and generations of Hapsburg jaws also doubles as an Aryan Wet Dream. But for all his hoping, Besler seems to have some insight into the fact that he is destined to lose with women, stating “I love all women; unfortunately we tend to lack tolerance for each other beyond social pleasantries.” We’re sure this insight doesn’t extend to any recognition of his own deficiencies, but we female members of the ARC Collective do have a soft spot for the truly pathetic, so we’re going to try to help him out.

Jonathan, dear: some advice. Women generally don’t like racist, maladjusted weirdos who hang out at white power rallies. It makes us sort of uncomfortable. It makes us sort of think you are the type of person who would blow up a federal building or try to start your own cult. We also tend to be wary of men who view us as vehicles for racial and religious reproduction instead of human beings with individual agency and worth. Our dreams for the future generally don’t include moving to a segregationist compound in Utah with our sister-wives, and we certainly don’t want to stroke your manly ego (or anything else, for that matter) with any “light competition” over who gets to birth the most of your precious white babies.

Oh, and by the way: women usually do google searches on potential dates. We’re willing to bet that by this time next year, you’ll still be single.

Off topic: Are you folks familiar with the Northern Foundation? This blogger writes about its connections with Harper, Anders, white supremacism, REAL Women, etc:

I got the links from Antonia Zerbisias' blog Broadsides:

Oops, this is the specific Broadsides post with the links above:
http://thestar.blogs.com/broadsides/2010/02/wakeup-call.html

Lots of good music's made with that instrument.

Thanks for the article guys..I love being the object of political satire. It suits my sense of humour.

Is anyone commenting or are you just not moderating them?

Well it's been a year and I've been with the same woman for 5 months, much too long to merely win a bet with you. Though since neither of us are gentlemen, I'm curious what you were wagering for my win.