Goudreau Goes Off the Rails

A few points before we continue. We really don't care at all about either one of the sad, pathetic individuals involved in this case. Both are deserving of ridicule and scorn. However this turn of events over the last few weeks presents us with an opportunity to heap yet more scorn on Goudreau who has pretty much burnt every single bridge with anyone in the racist movement in Canada.

As for Reckzin, as crazy as some of his ramblings are, Goudreau did manage to hit on some truths regarding his past paramour. Reckzin has also made some comments regarding claims to having "contacts" within ARC. Let us be very clear about this, Ms. Reckzin. You have no contacts within ARC. You know not a single person who is involved with ARC. When you are claiming that you do have contacts, you are either willfully lying or have managed to mislead yourself. Regarding your recent questions for us, the answers are all no.

As we care so little about these fools, we aren't going to bother with a long write up ourselves. Instead we'll post the content of a discussion we picked up on the Facebook profile of a person named Kelsey:

He's a serious whack job and has been for over 12 years. He's spouting fool drool.
Then again that knowledge didn't stop Fromm from having his picture taken with Goudreau and Reckzin during the Ian Verner Macdonald civil case against Warren Kinsella or, we presume, warning Reckzin that Goudreau was a wack job: 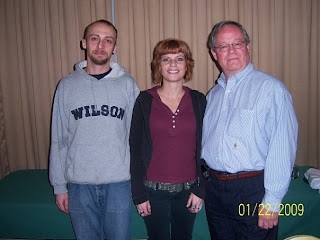 And with that we hope our readers excuse us for now saying that we have closed the book on Kevin Goudreau. He's no longer worth talking about, though he truly never really was worth much. As for Reckin, we'd also prefer to watch her slide into obscurity as well.
Posted by Nosferatu200 at 14:04

Im curious as to know what "Army" this wanker has working under him. Maybe you reds can enlighten us on that. He seems like a bumbling retard on this side of the country!

Are...are they drunk? They're either drunk or high and posting angry messages on facebook. That's a sign if there is ever one...

We know there is a lot that we didn't include in the article, but in the end we figured that this was enough to tell the story. We MAY add some more pictures later, but that will likely be it. Honestly, even looking at this article gives some of our contributors a rash.

Left middle or right...all can agree that goofdreau is nuttier than a brazil nut tree!

"You will think of me 88 years from now and i will be your last thought b4 you pass away."

I find it highly amusing that someone who refers to himself as the "Aryan God" has actually had the ability to unite the WP and Antifa activists in a mutual hate!

I almost didn't make it through this thing, their spelling mistakes were just atrocious!

y'know, in the reckzin/burdi "trade" i think we came out way ahead. at least burdi can play an instrument.

Damn it. We meant to publish the comment that was left here regarding the Burdi/Goudreau trade but instead of hitting post we hit reject.

Sorry. Just so you know, we appreciated it and laughed too.

Fromm is really scraping the bottom of the barrel...Goudreau on the Fromm speaking tour; what a joke.