I have to admit I haven't paid a great deal to Pegida Canada of late; they had an event a couple of weeks ago that will be discussed peripherally in a future article, but other than that they haven't really been much of a concern considering their low numbers at events they have planned and the fact they are consistently overwhelmed by counter-protesters. As such I didn't know they had been sued until today as a result of an incident in 2017.

Evidently, it went poorly for Pegida: 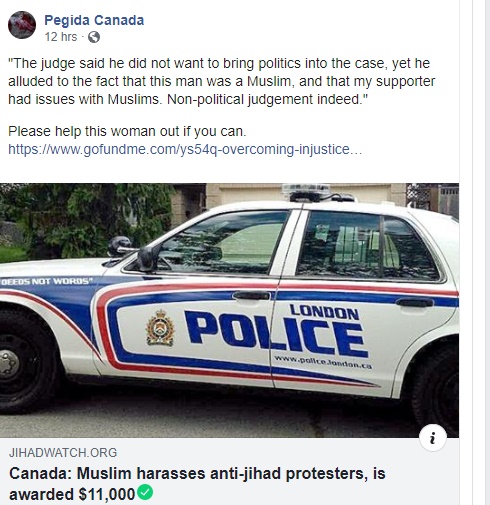 So far the only information I've had time to find is from sources provided by Pegida Canada sympathetic to their plight including the post above and a rambling, angry, video by Mary Forrest (I might add it later but it is super late and I have to be up early for work). Not surprisingly Pegida Canada is looking to Go Fund Me to get them out of this jam: 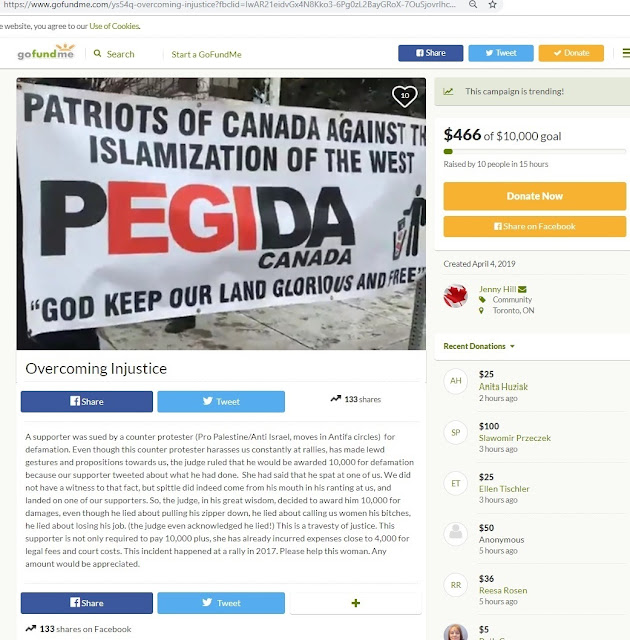 If I might ask a favor of ARC's readers, it would be to let Go Fund Me know that a hate group is attempting to raise money on their platform after being hit with an $11,000 judgement for libeling a person based on his religion?