Well Here's Your Problem, "Patriots". You Engage In Infighting Because You're All Assholes

I know. Not exactly a dignified title, but the theme of the Islamophobic and bigoted "patriot" movement in Canada attacking each other has really become a cliché at this point. The latest is in regard to the Canadian Combat Coalition rally on Parliament Hill that is being planned for the summer which Dan Dubois claims will be the largest of it's kind in the history of the country.

That said, the Million Canadian March planned for last summer which attracted between 150 and 250 people was to have been the largest rally of it's kind in the history of the country, but we all sort of know how that went and I can't imagine Dubois will do much better with his efforts. In fact he's hit a bit of a snag himself as Sandra Solomon and Artur Pawlowski have taken to Facebook to attack Dubois and the CCC because they claim they were told that in an effort to maintain the secular nature of the event prayer would not be permitted. Of course there's a lot of arguing over exactly what was said, but suffice it to say.... I believe the word they would use would be that people have been "triggered."

Now there are quite literally hours of video that have been posted over the past few days which I may eventually post here should I find the time to remove the extraneous information, but really it mostly consists of these idiots sniping at each other. The screen caps are fun though: 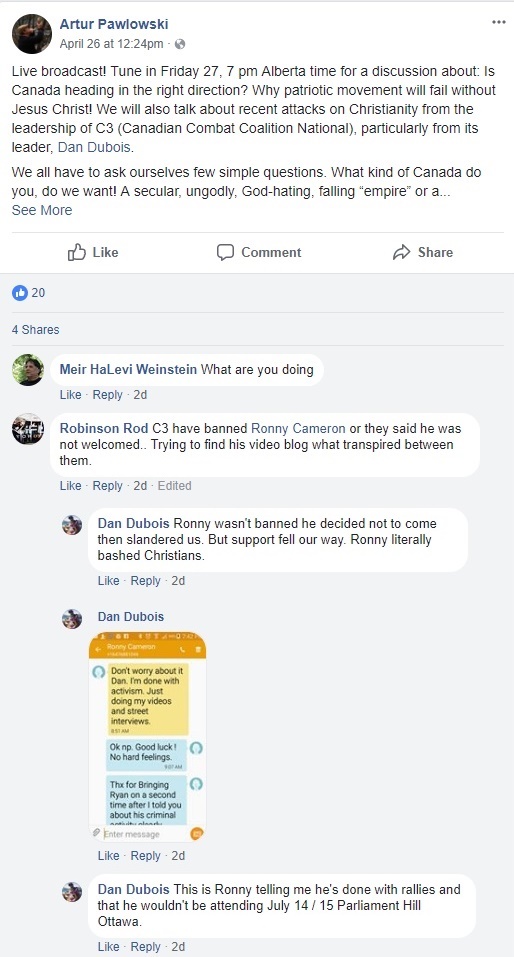 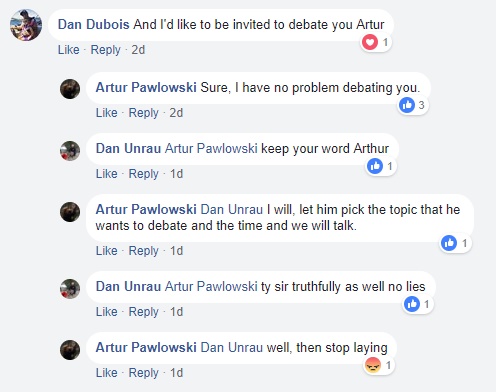 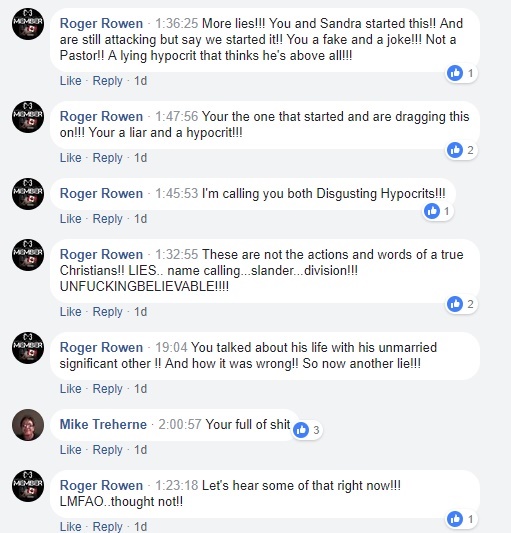 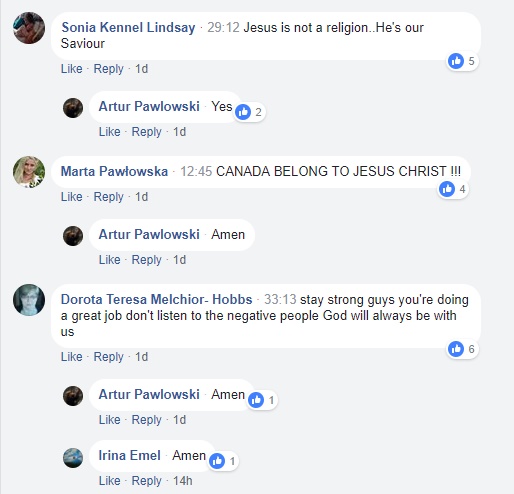 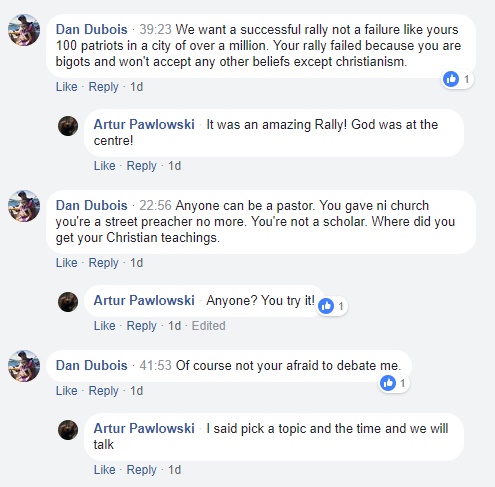 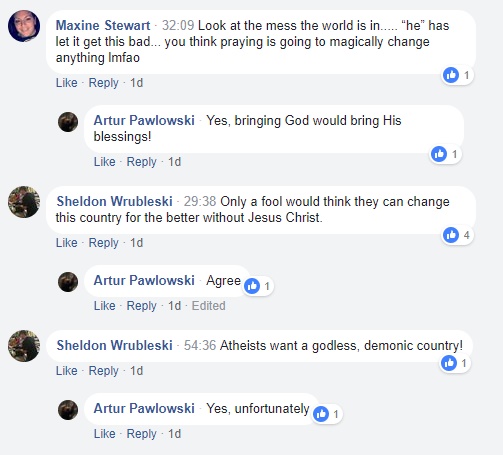 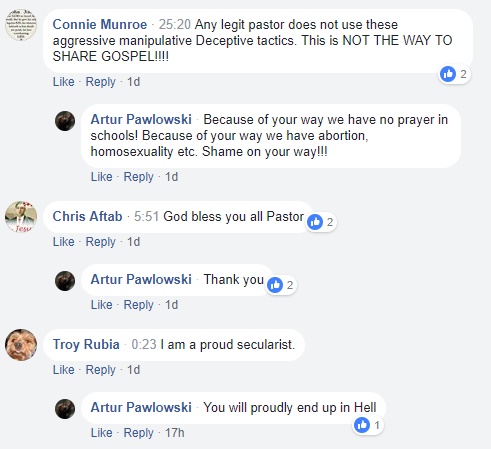 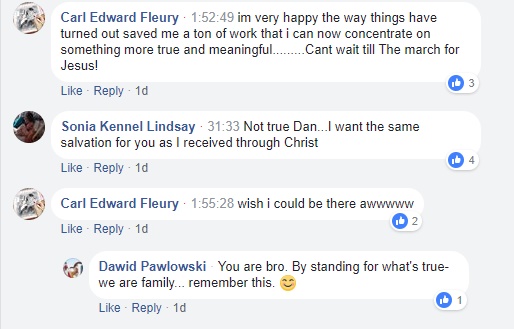 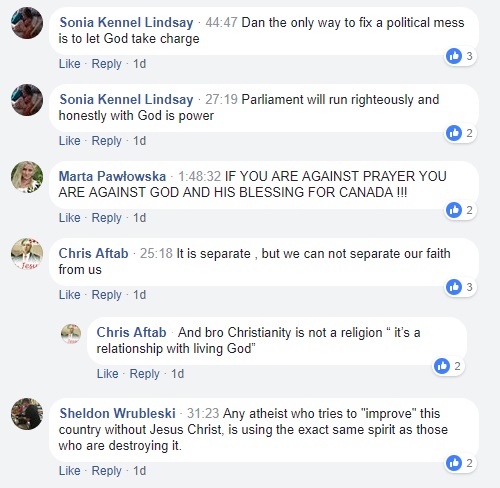 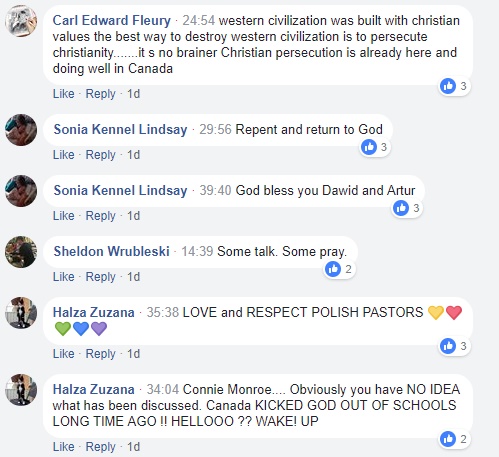 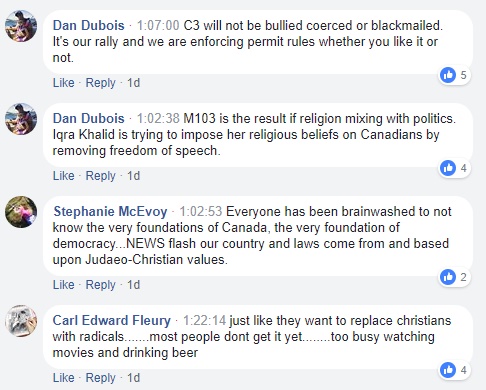 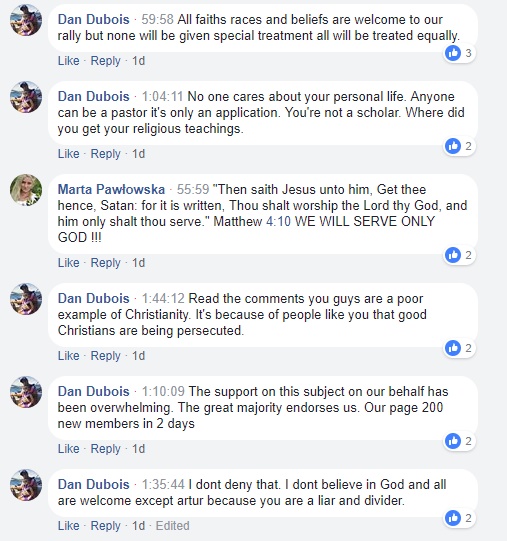 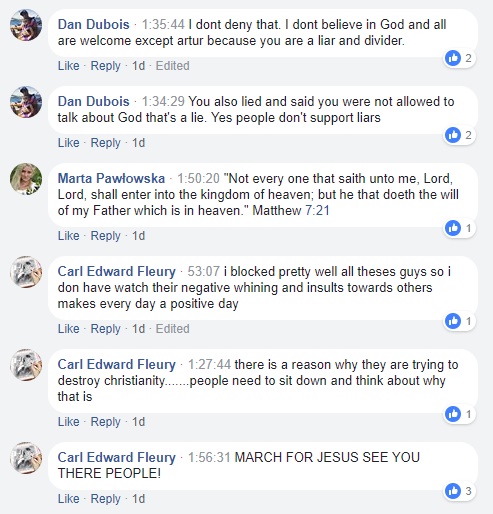 1. It is clear that at least a sizable portion of Islamophobes and bigots who fear the implementation of Islamic law in Canada (which isn't happening other than in their paranoid minds) would welcome a country based on Christian laws. In other words, they are perfectly fine with a theocratic state so long as it is a theocratic state that favor their religion.

2. The JDL appears to have had enough of Solomon which is further evidenced by Ron Banerjee's video of Meir speaking about this most recent shit storm:


Banerjee has had a bit of a hate on for Solomon now for the better part of a year so I'm sure he's pleased as punch to be able to stir the pot.

3. What is the status of Carl Fleury (the Alberta CCC leader) and Rick Boswick (the national VP)? Given what Fleury has written it looks like he has left the group and made a point to burn the bridge in the process. Boswick hasn't said anything about his status with the CCC (he's currently still in Alberta as of this article) but he has come out in support of Solomon and has attacked the nefarious influence of atheists; considering Dubois suggests he's an atheist, that could be construed as a direct attack on him: 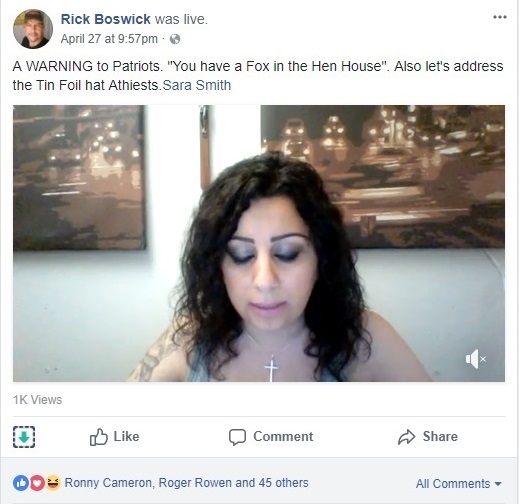 What we learn from this thread is the cause of division in the "patriot" ranks is (a) liberalism and (b) Islam because, you know, personal responsibility and all that:

Others have also been drawn into this fight, among them Mike Treherne: 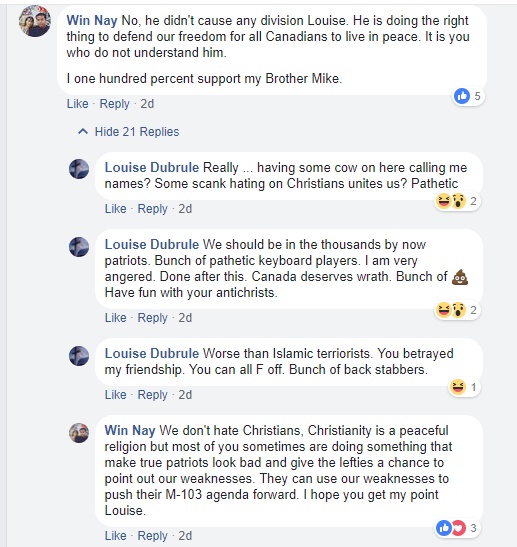 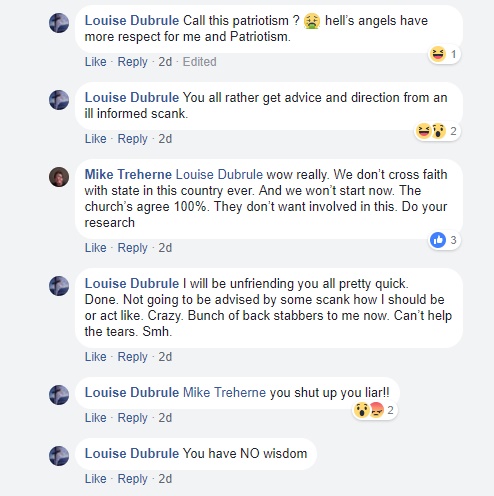 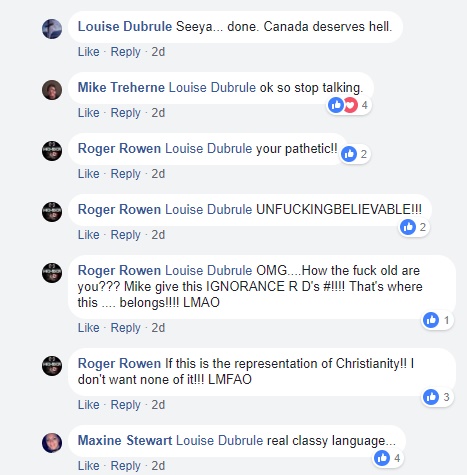 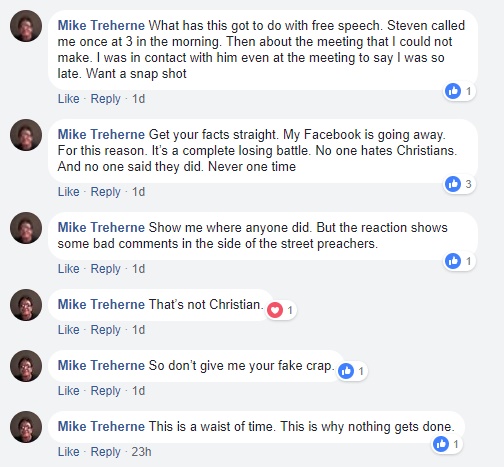 How about you actually write something instead of spamming Facebook posts.

doesn't need to. Their comments speak for themselves.