Ronny Cameron Off The Rails: Part 3

If a group of roughly two dozen Proud Boys and supporters march around in Brantford for half and hour, and no one paid any attention, did they really march at all?

I suppose that isn't exactly a Zen kōan, but it is something to consider.

Yep, this past Saturday a group of Proud Boys, most of whom appear to be from elsewhere, bravely faced off against the good, and probably mildly confused, people of Brantford because students at the university hurt some of their members' feelings. Now the PBs really didn't actually DO anything other than march around with a Trump banner, at least one Christian flag (because Islamic theocracy = bad but Christian theocracy = awesome!), a few PB flags, a couple of Canadian flags, and some old Red Ensigns, but they sure.... did something?

Luckily ARC was able to procure some footage of the event, such as it was:

So having walked around a bit with few people paying them much attention to them, the PBs declared victory: 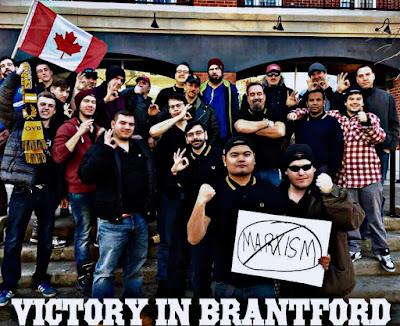 Despite the victory they claimed which, compared to say the Battle of Saragarhi (the Sikh troops didn't even have a cup of Timmies), is sort of gilding the lilies a bit, the group was rattled by a lone man with a cell phone:

Oh, the threats made by Brandon Vaughan are just adorable!

That said, our astute readers will recognize Ronny Cameron's presence amongst the Proud Boys as he also attended the march. Earlier in the he also interviewed the braying jackass Tim Kelly, a PB and Brantford local for his "Get To Know a Patriot" series.

Cameron, pulling no punches, begins with the hard-hitting question that is on the minds of all patriotic Canadians: which Canadian alt-right personality would he like to bang the most?


Now, besides connecting us once again to a recent story ARC published regarding misogyny in the alt-right and the racist overtones of that misogyny, it also reminds this hack writer that I had been working on a mini-series detailing Ronny Cameron's embrace of white nationalism: 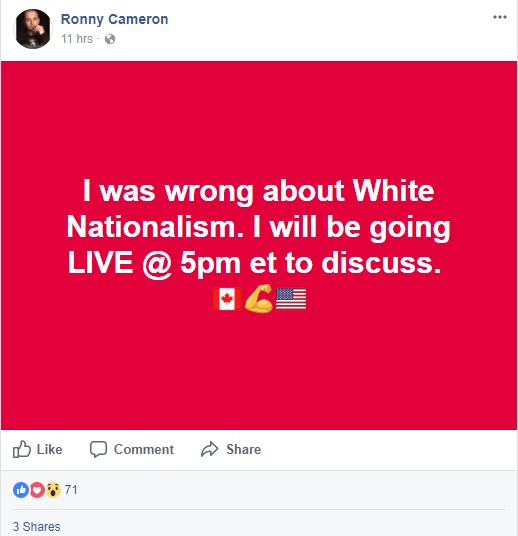 Ronny here is referring to having initially rejecting white nationalists as racists:


By January 8, Ronny decided that white nationalism was actually peachy keen and announced he would post a video explaining his sudden change of heart.

Others, anticipating the video, responded to the above post. Many of those responses, as well as Ronny's own commentary, are quite enlightening: 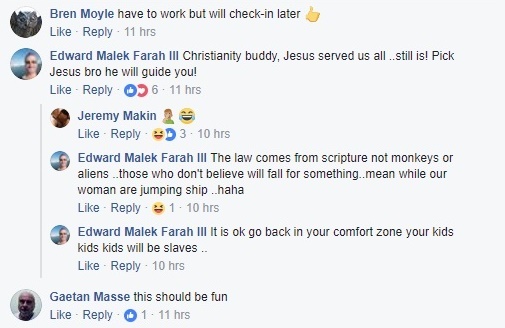 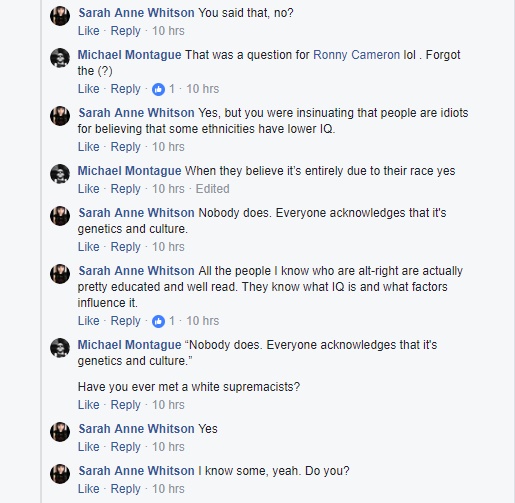 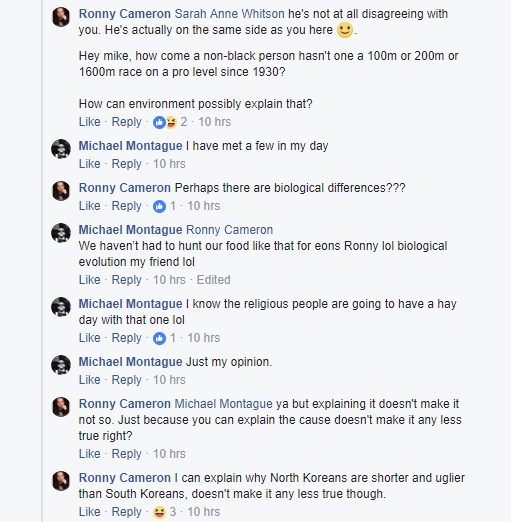 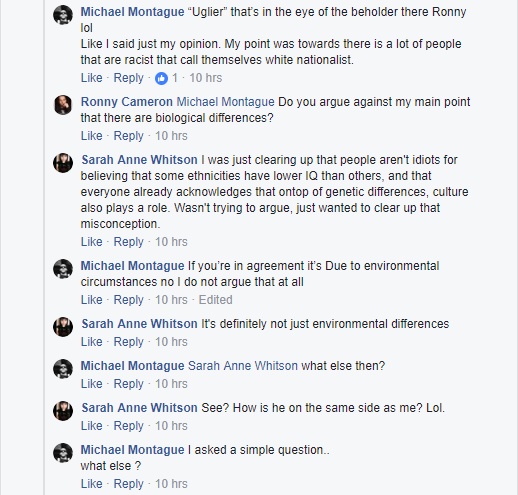 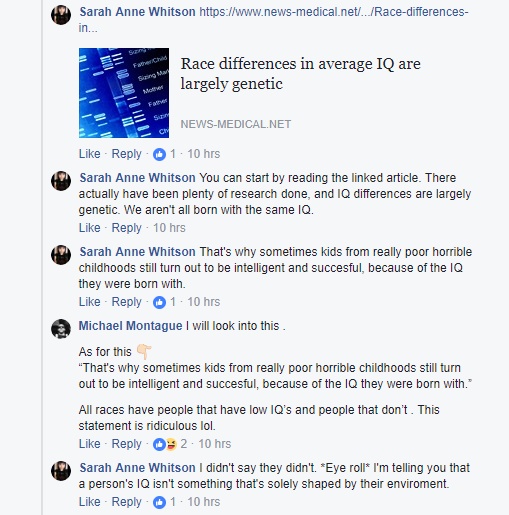 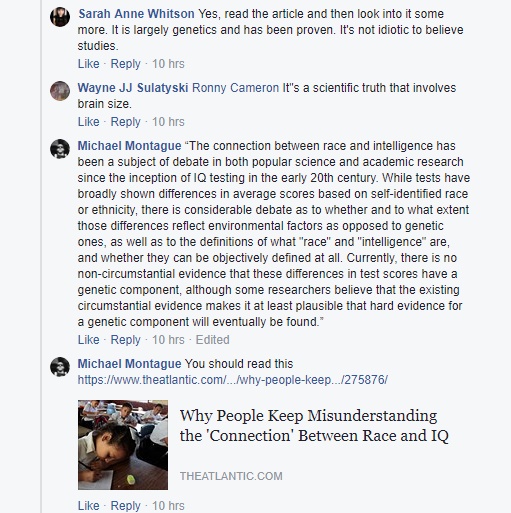 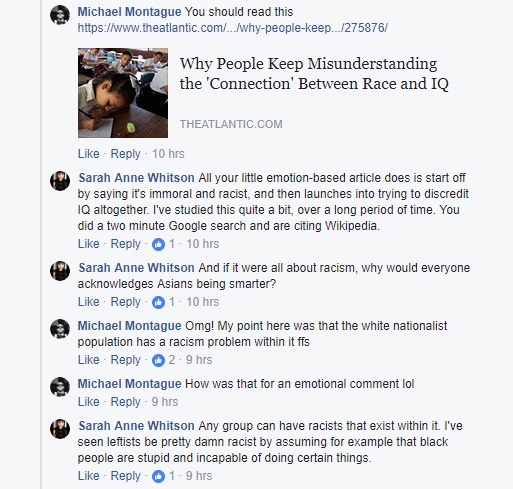 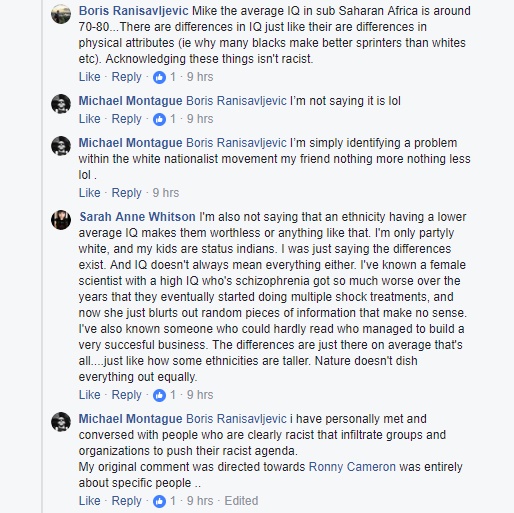 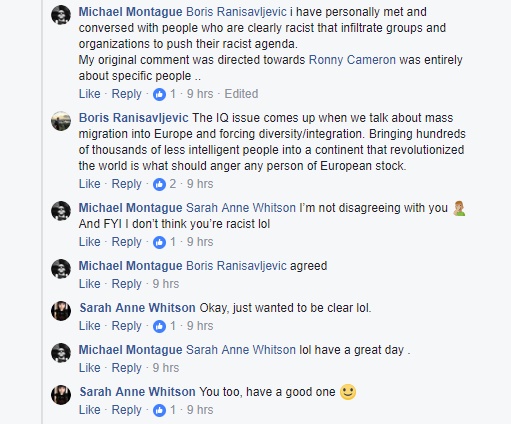 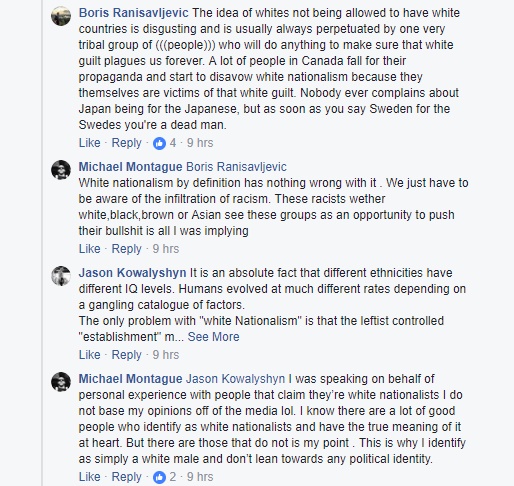 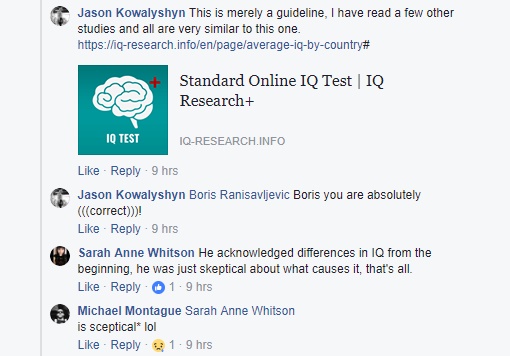 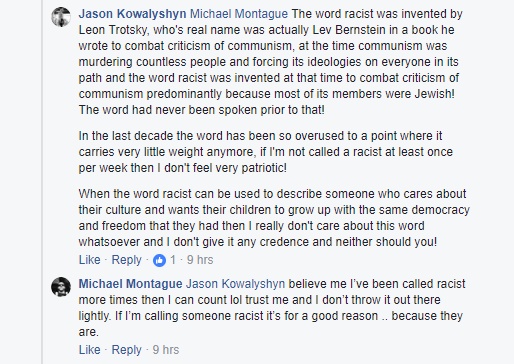 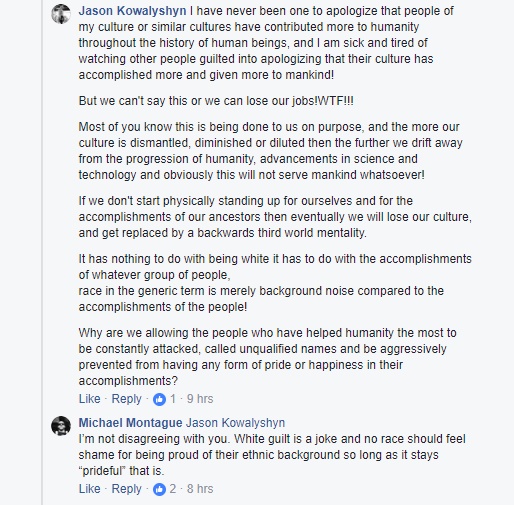 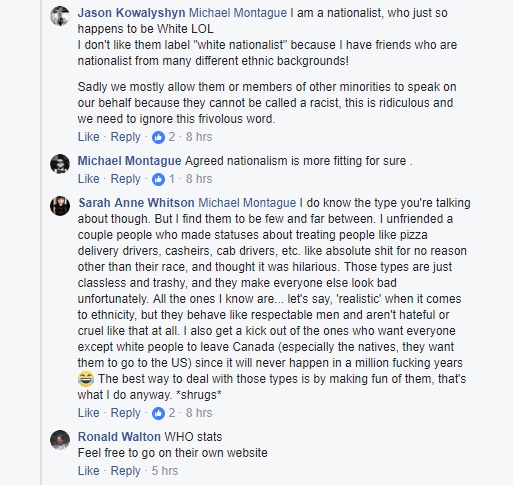 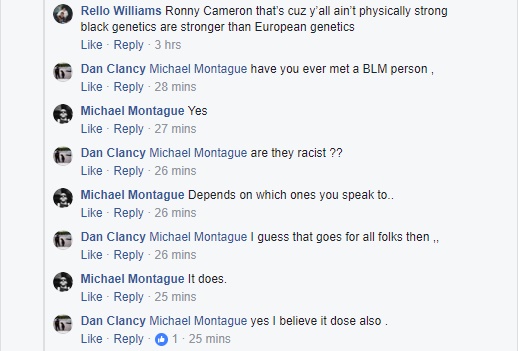 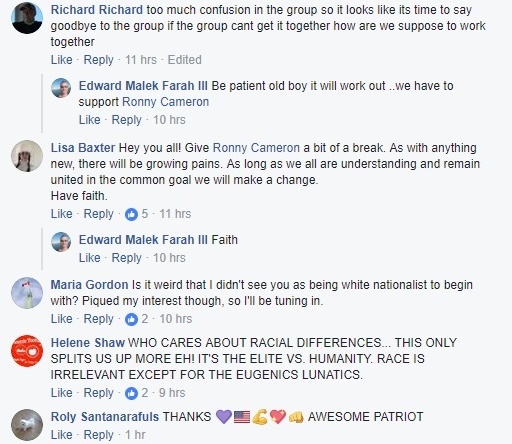 The next post in this series will include excerpts of the video in which Ronny extols the virtues of white nationalism.

Still, none of this should be of particular surprise either:
Posted by Nosferatu200 at 23:24