On January 29, 2017, six men were murdered at a Quebec City mosque. While most decent humans were heartbroken and reached out in support of the Canadian-Muslim community, this blog has provided ample evidence that Alexandre Bissonnette fellow Islamophobes either were thrilled by the attack, attempted to blame Muslims, or denied it took place altogether.

And the ghouls to show their character as the JDL has organized a rally attacking the Canadian-Muslim community on the anniversary of the massacre: 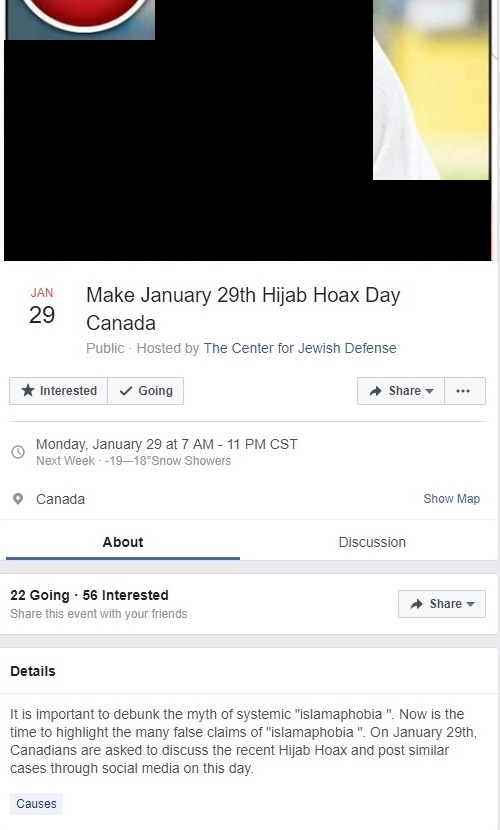 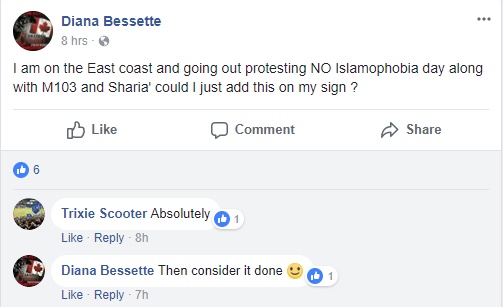 Today a number of organizations held rallies to memorialize those who died in the Quebec City mosque massacre at Nathan Phillips Square in Toronto:

David McKee says we need to remember the names and faces of the victims of the Quebec City mosque shooting. pic.twitter.com/8kIxiJNEVC
— Bobby Hristova (@bobbyhristova) January 27, 2018

In what I'm guessing wasn't a coincidence PEGIDA Canada, as well as participants from the Northern Guard, III% militia, and the Proud Boys, had also planned on staging an anti-Muslim protest at Nathan Phillips Square on the same day though they later claimed to be moving the event to Mel Lastman Square. Suspecting duplicity, anti-fascists made sure to be at both locations. The suspicion proved correct when PEGIDA Canada, III%ers, Proud Boy, and Northern Guard members showed up at both squares, some wearing body armor and quasi-military gear: 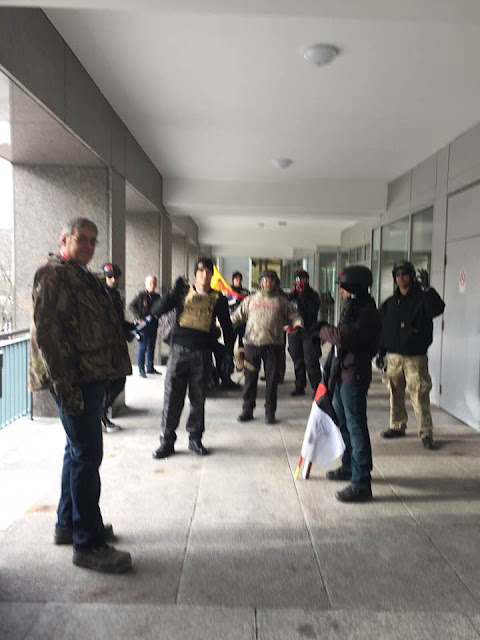 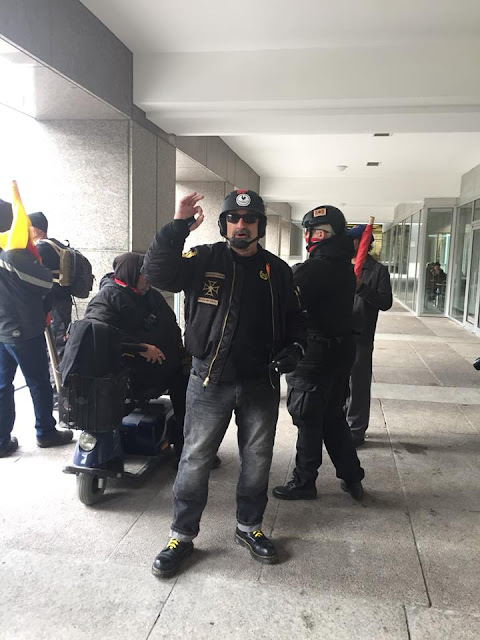 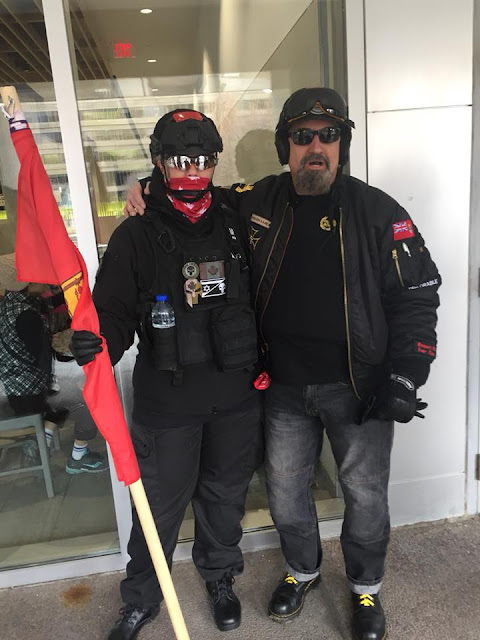 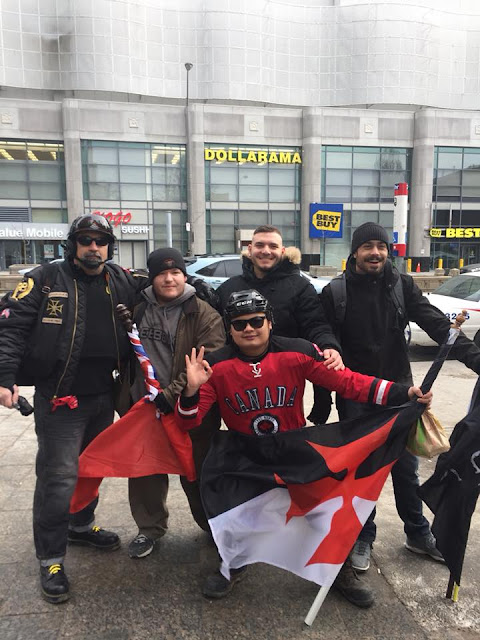 However, in both locations, the anti-Muslim protesters were outnumbered significantly by antifascists, members of C.U.P.E., and ordinary Torontonians who wouldn't put up with their shit: 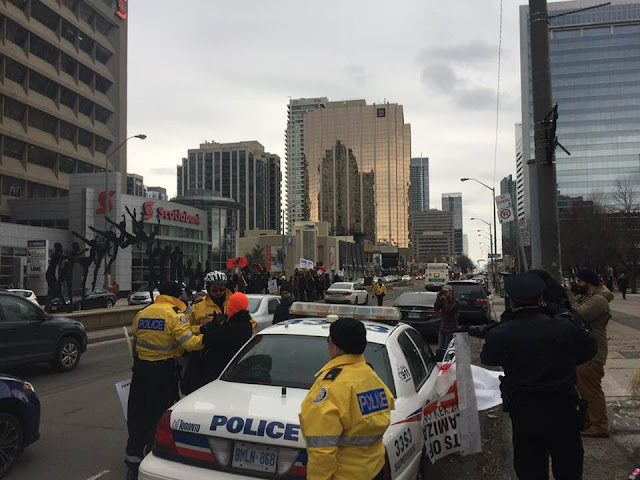 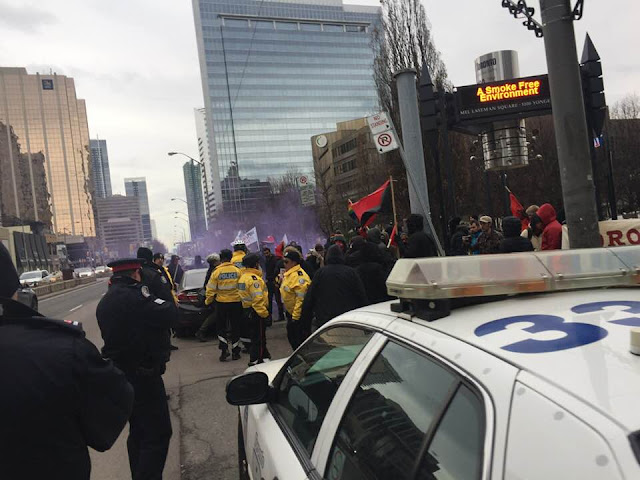 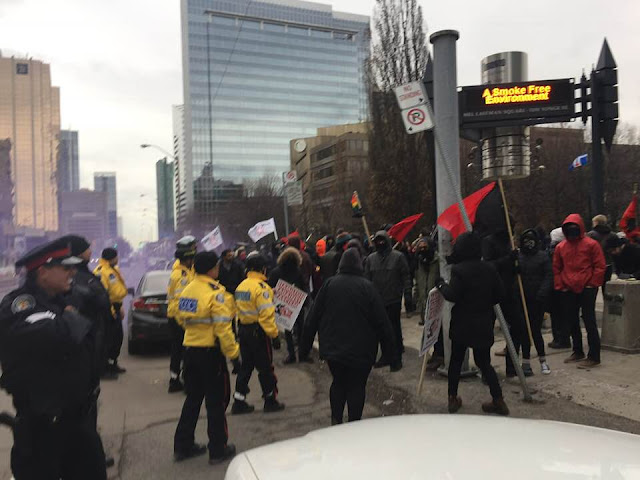 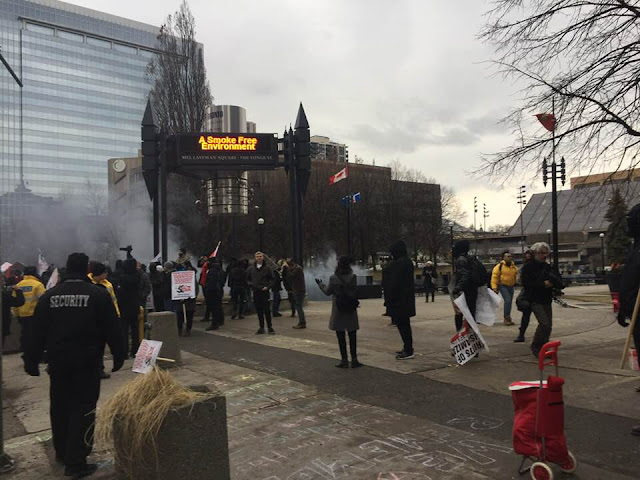 Now, people like the middle-aged Proud Boy Robert Jones tried to put a brave face on the situation and claimed their presence marked a victory of some kind: 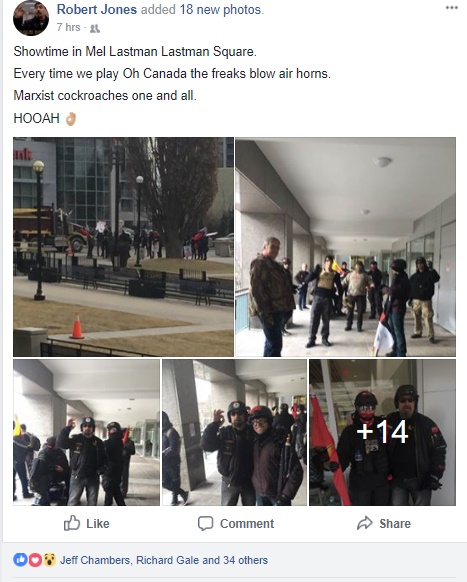 However as the day progressed, things took a bit of a turn: 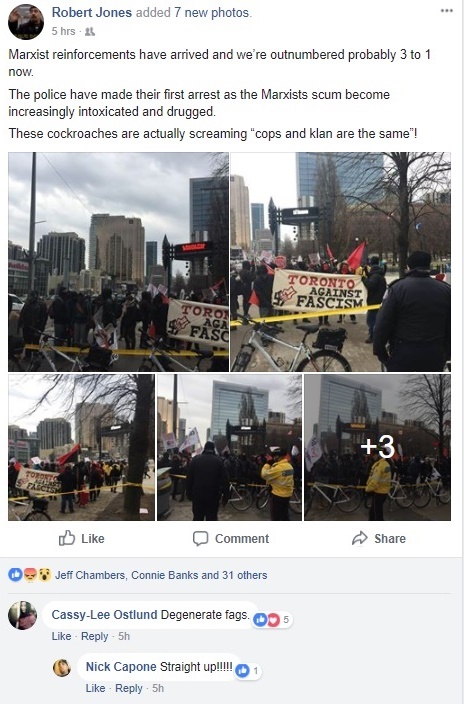 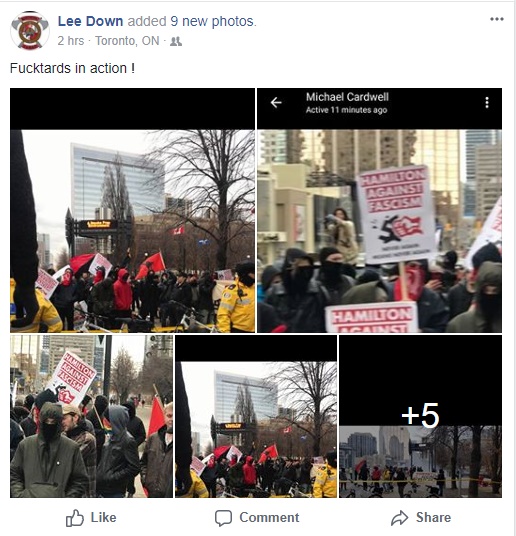 So, the bad guys were outnumbered, kettled, and prevented from marching anywhere.

Still, this writer has significant concerns as these hate groups become increasingly militant and violent. ARC has already shown in an earlier screen shot members of the Proud Boys bragging about assaulting people at this rally including using a flagpole as an improvised weapon:

But in addition to the body armor and makeshift weapons, it appears that at least some members are bringing actual weapons to these events, something we've suspected for a long time: 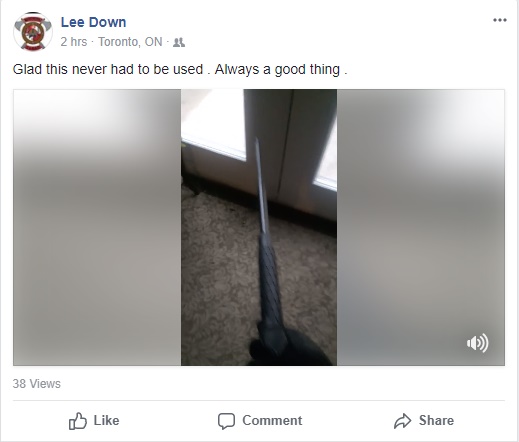 I will remind the readers that Lee Down is the Toronto chapter leader of the Northern Guard providing evidence that he brought a concealed and prohibited weapon to an anti-Muslim protest..

In addition to carrying a weapon to the event, Down has encouraged his followers to engage in politically motivated terrorism.

That isn't an exaggeration: 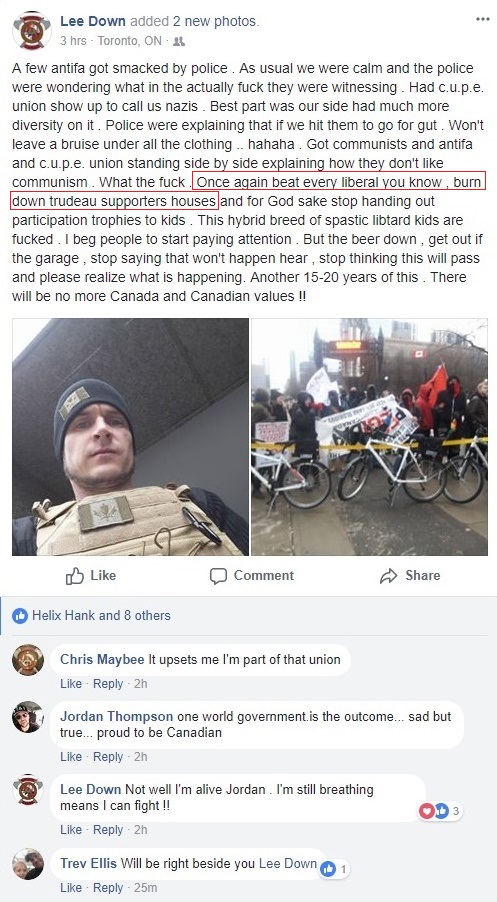 His threats are not anomalous:


ARC hopes the TPS will scrutinize the heavily armored anti-Muslim protesters as closely as they do those antifascists wearing black hoodies next time.

UPDATE: A report on the event was published yesterday by some of those who participated. 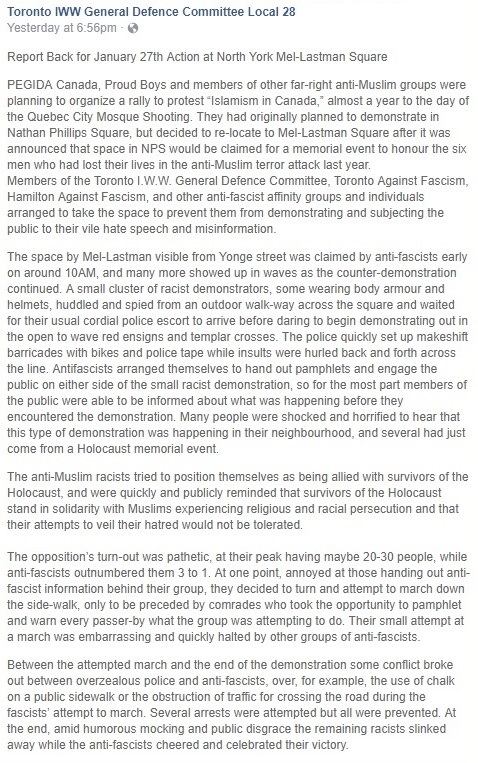 I just live near Mel Lastman Square. You will always see these protesters at weekend. Kinda annoying.