First, I would be remiss if I didn't mention that Steven Alexander Paj Daus ندفة الثلج Copo de Nieve Iqhwa Gregory Myatt might just be having a few problems at the moment: 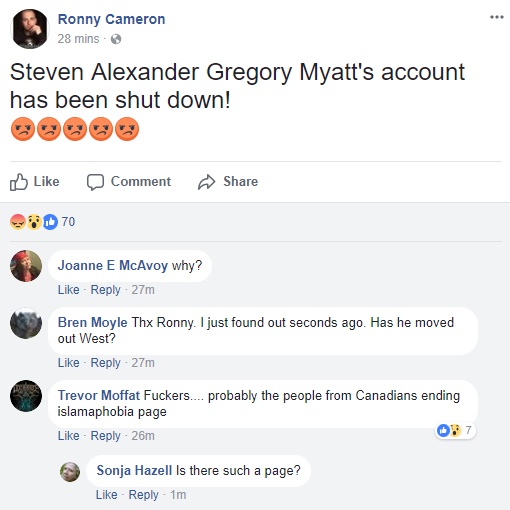 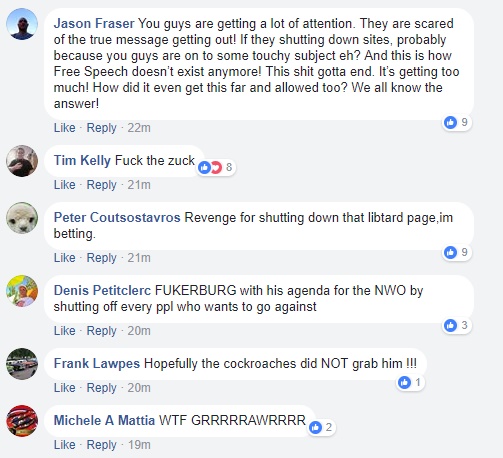 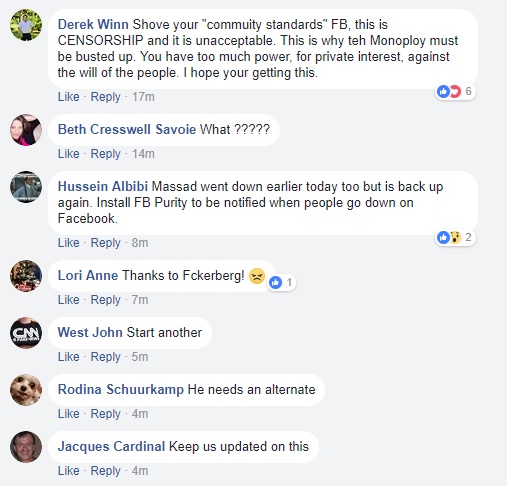 Time will tell if this is long lasting, but I for one will enjoy the peace and quiet however brief it may be.

On with the rest of the article:
It has been a very tough time for PEGIDA Canada.

In general the "protest season" in Canada when the racists, bigots, Islamophobes, and antisemites crawl out from under their rocks to assemble in middling numbers while holding poorly spelled banners seems to last from April to October depending upon the weather. PEGIDA Canada held a protest in London that was poorly attended and featured Eric Brazau shouting "Muslims are not welcome here" to the consternation of his fellow protesters. They also didn't like the way they were treated by the police:

In any case, as their numbers have dwindled, the leadership of PEGIDA Canada has become increasingly Eeyore-like in their disposition: 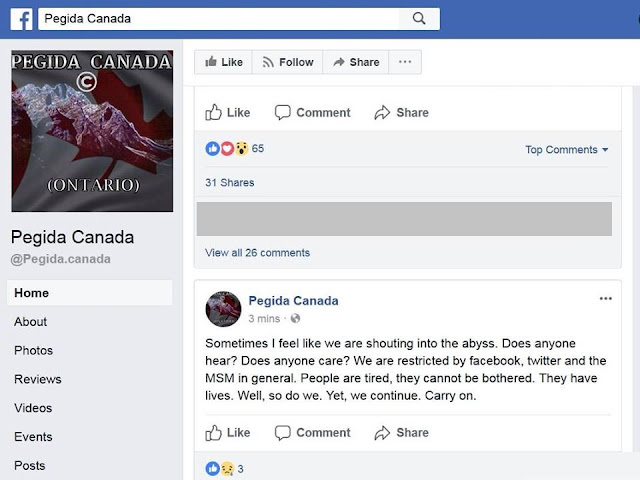 In an effort to perhaps recapture some of it's joie de vivre, PEGIDA decided to hold two rallies in January. The first was on Saturday in London, ON: 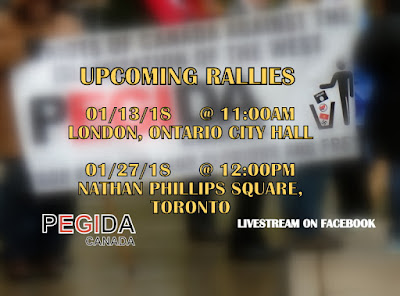 It did not go well for them:

Outnumbered (again) by a factor of at least 3 to 1, PEGIDA Canada was shown to be rather impotent as a force. All they could do was try to get the police to arrest members of the larger counter-protest group for assaulting them.... with noise:

What Mark Vandermaas sort of glosses over here is that it was he who could have potentially been charged with assault had he been successful in striking the person he was lashing out at:

PEGIDA Canada's next rally will be at noon in Toronto at Nathan Phillips Square. I'm sure that the fine folks in Toronto will be able to provide the same welcome afforded to PEGIDA members that they received in London.

One person who ARC doesn't believe attended the PEGIDA Canada protest in London was Lynn Redden who, despite being in the city at the same time, was at Western University making an ass out of herself:

Trudeau's London, Ont., town hall interrupted by hecklers....
A woman then stood up in the crowd and started shouting about free speech, the security threat posed by Canadians who left to join ISIS and are now beginning to return home, and the decision to locate the town hall at a university.

She was also upset about M-103, the motion passed in the House of Commons that called on federal politicians to condemn Islamophobia. 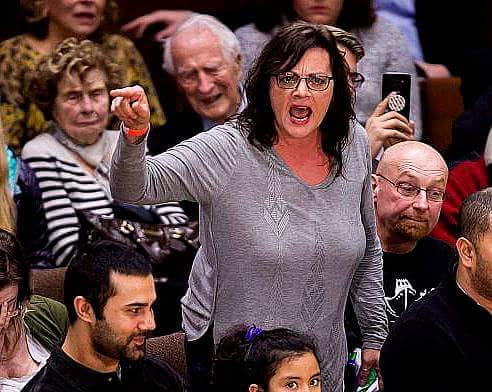 Quite proud of her.... er.... accomplishment, Redden posted the following on her profile: 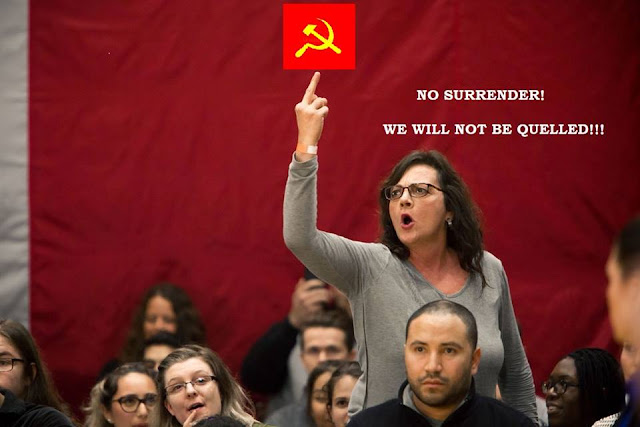 ARC readers will all be very familiar with Lynn Redden, "leader" of the Suffragettes Against Silence anti-Muslim/anti-refugee hate group, from the numerous screen shots featuring her comments concerning Islam. Others were introduced to her when she, along with Sandra Soloman as well as Brazau and Ron Banerjee of Rise Canada,  held a now infamous anti-Muslim protest outside a mosque in Toronto last February. Redden is seen in these photographs wearing the red hat: 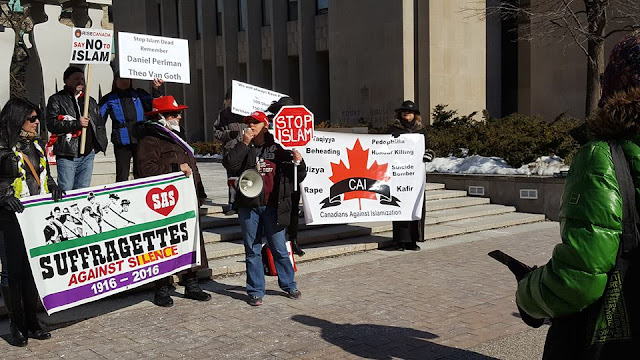 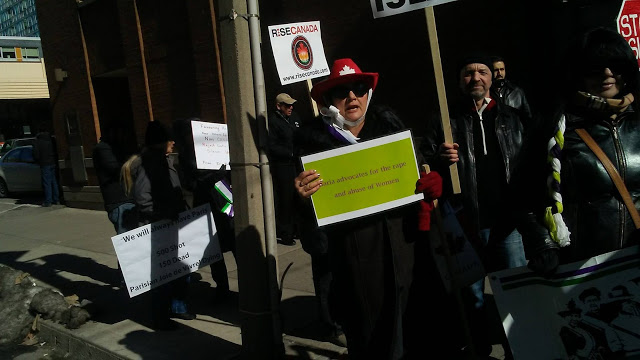 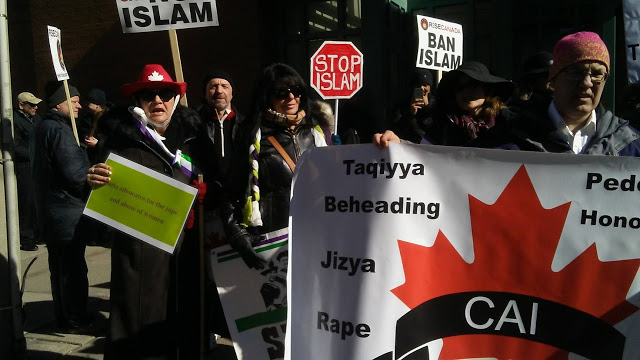 Hmmmm, I think there might be a common thread here somewhere....

In any case, ARC was waiting for Paulie to comment on the arrest mainly because we've come to enjoy his histrionics and because, let's face it, we're among the few that actually continue to pay attention to the old fella these days:

That all being said, I'm not sure Paulie can expect his followers to be as generous as he wishes them to be: 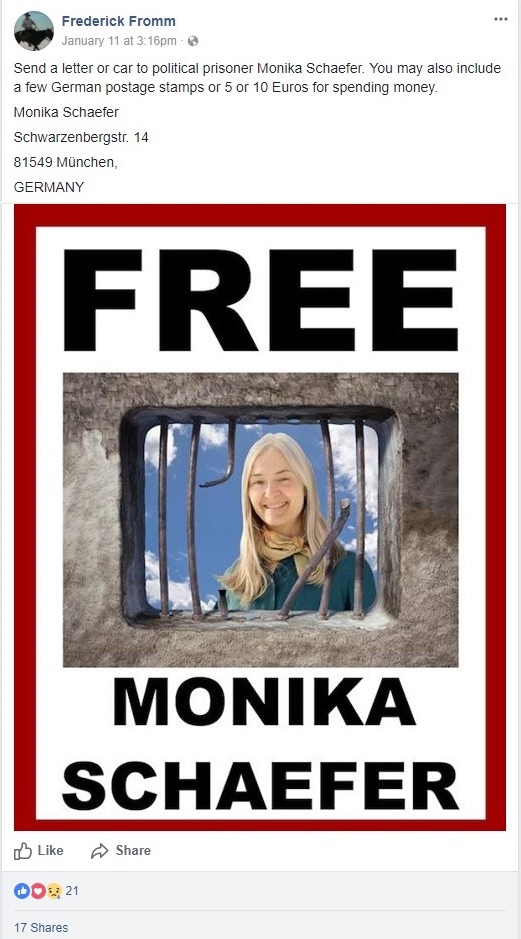 I mean, I can see sending her a card, but a car?

Too rich for my blood, but then maybe Paulie can afford to splurge?