Ronny Cameron Off The Rails: Part 1

Sometimes it is fun to be a force of chaos.

Yesterday ARC published a story identifying the leader of Generation Identity Canada as well as his connection to Stormfront. In what might have been a complete coincidence Ronny Cameron, a person covered on this blog sometimes seen recording people at progressive events who promotes the white genocide conspiracy and has participated in a number of anti-immigrant/anti-refugee/anti-Muslim rallies in Toronto, also posted a missive about Tyler Hover on his Facebook profile perhaps less than an hour after ARC's story:

Remember his condemnation of white nationalism. You may or may not be surprised where it eventually leads to.

In any case, what I'm going to post is close to the totality of the argument that was precipitated by Cameron's post above. I'm going to post all of them order. The final one will also be relevant when it comes to the writing of Part 3 and Part 4 of this mini-series. I will probably include a few observations later, but the story should really speak for itself.

However, one observation was made by a friend who also witnessed the train wreck as it unfolded and which you are about to see for yourself:


As much of a goof as Tyler is, he's actually not entirely wrong. Ronny is a massive opportunist and Rebel Media wannabe willing to cut back on those who ruin the image of his dysfunctional movement in exchange for some Boomer rage.

Another friend wrote the following:

This is the first of two attacks Cameron directed at folks who he believes have wronged him. I hope that you enjoy it. :) 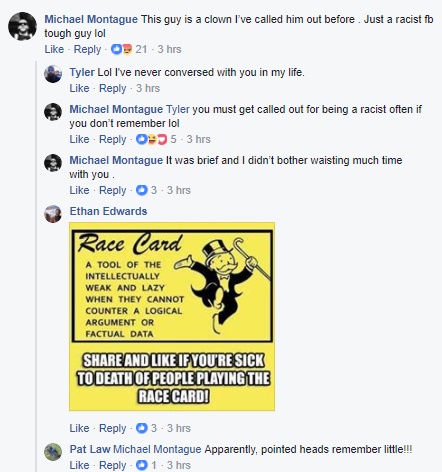 These next two screenshots don't show up all that well, so I might edited them further. I don't post all 125 comments either. Hell, they eventually turn into comments about penises eventually anyways: 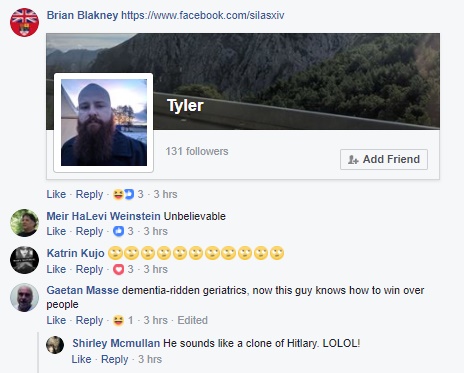 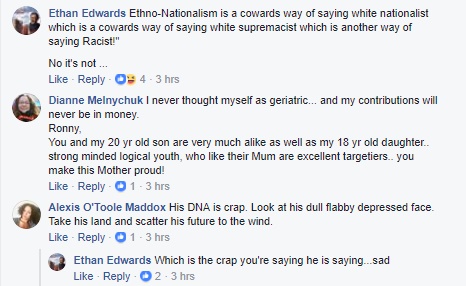 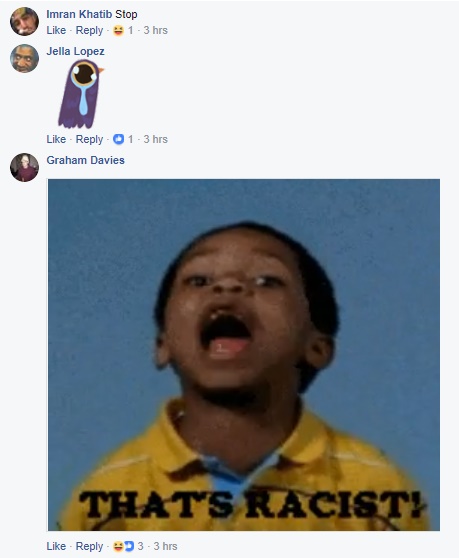 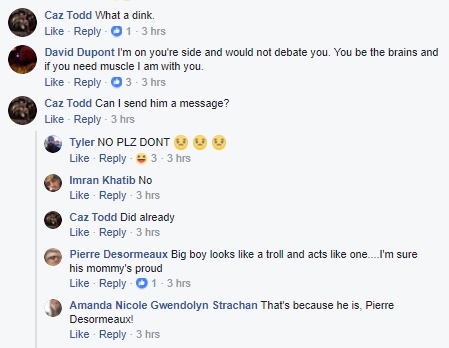 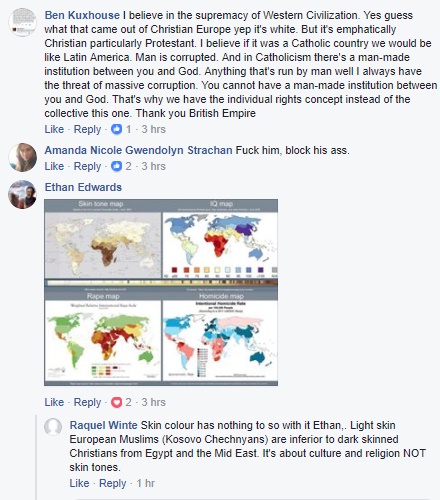 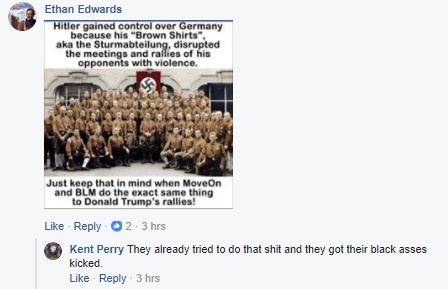 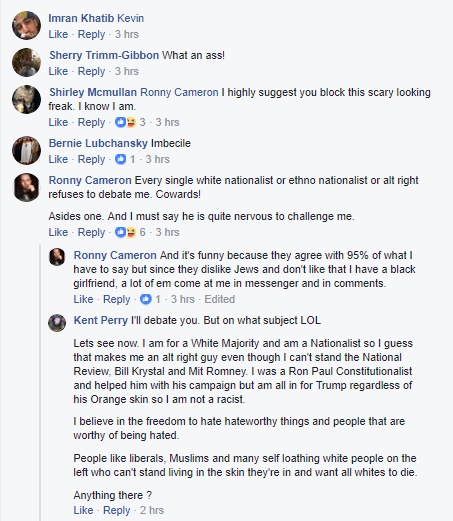 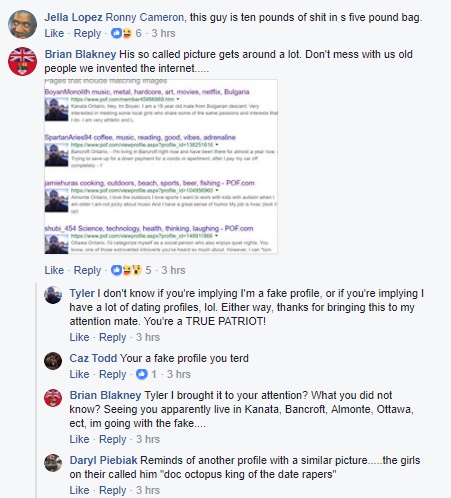 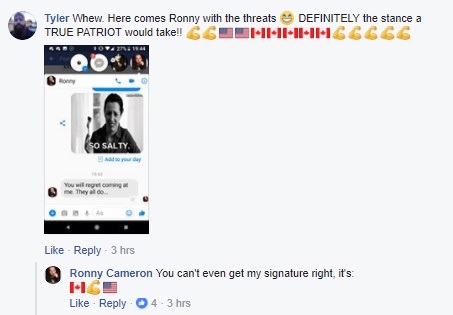 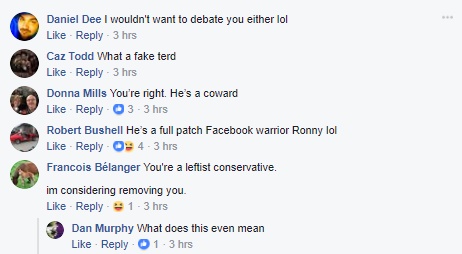 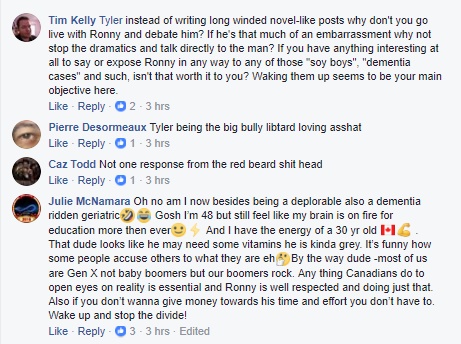 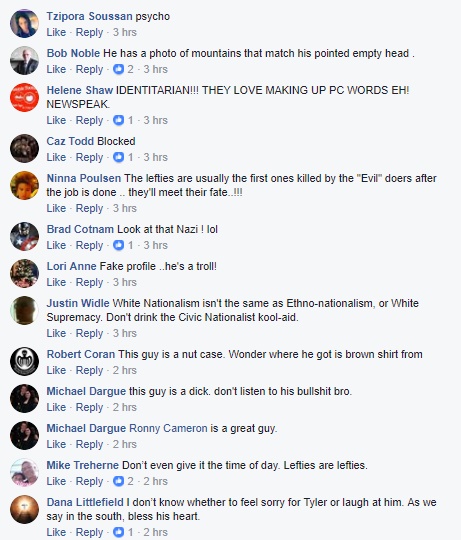 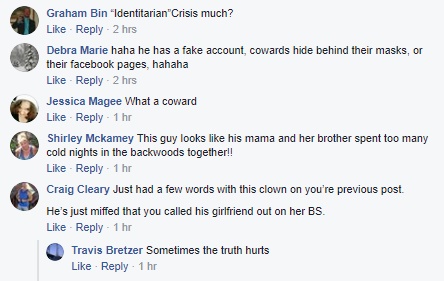 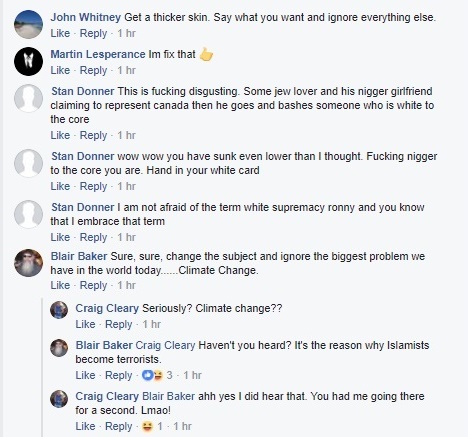 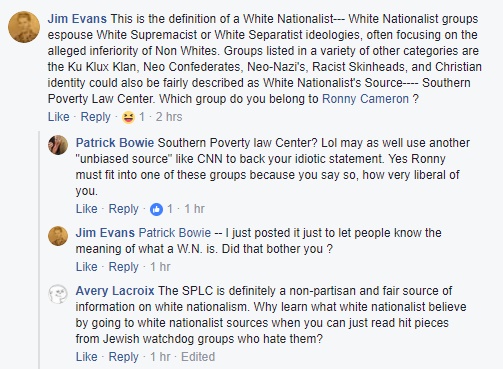 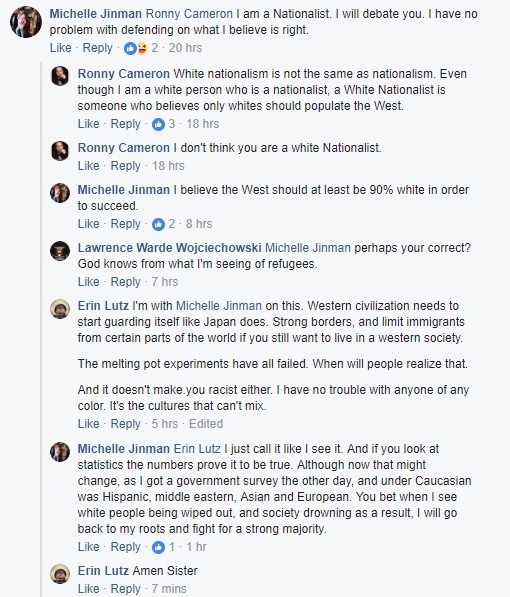 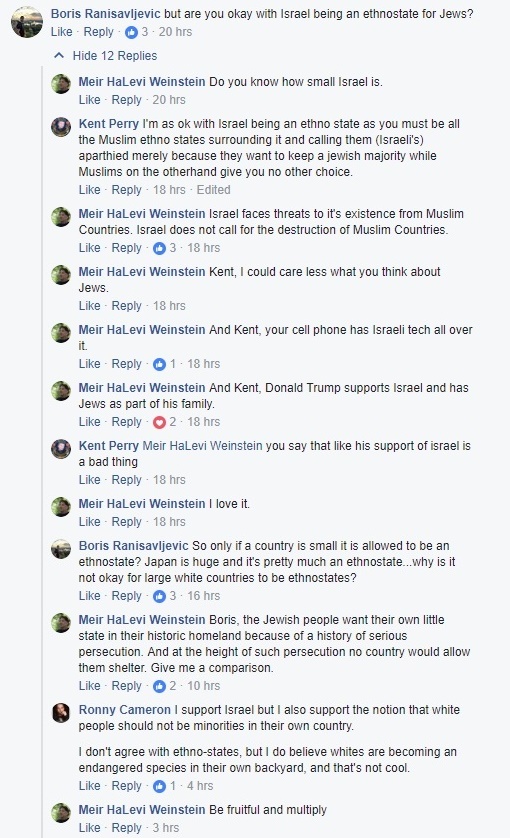 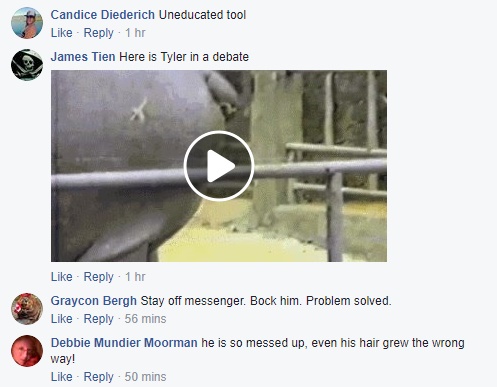 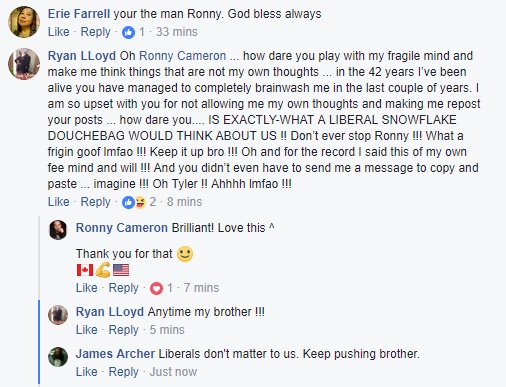 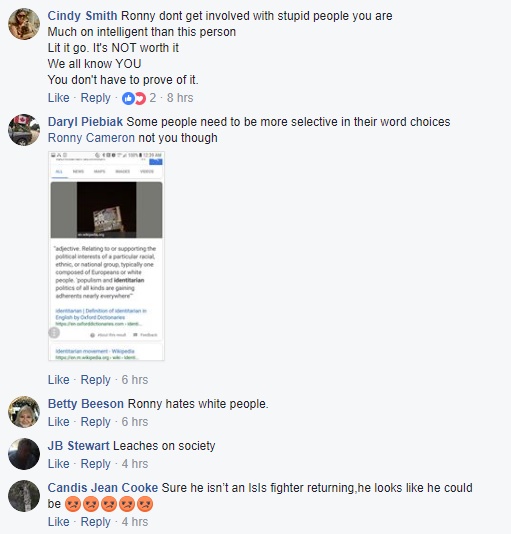 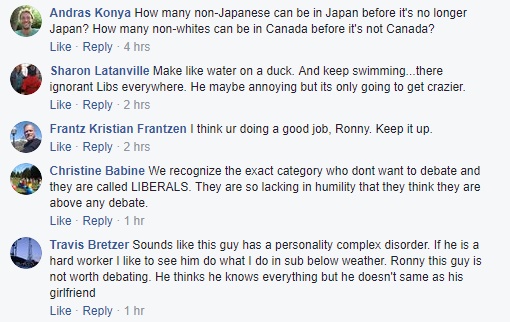 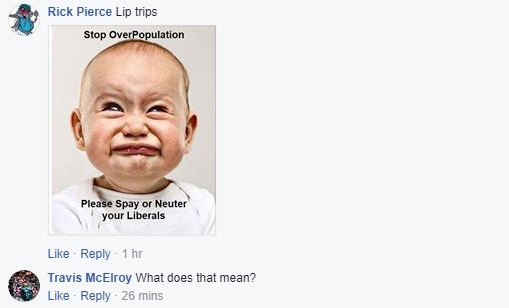 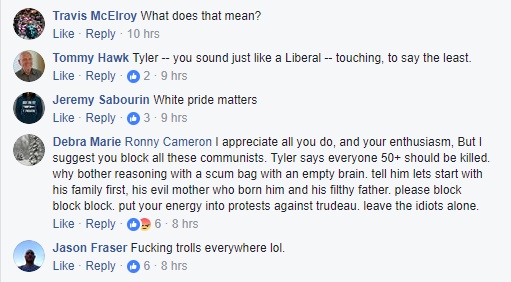 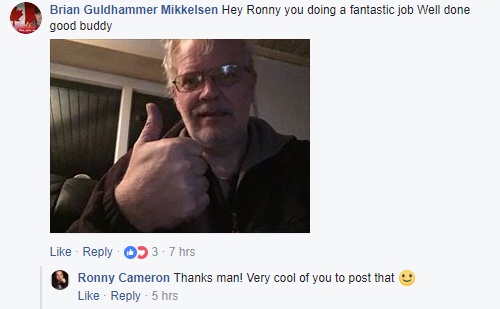 And this one where Ronny suggests a significant change of heart: 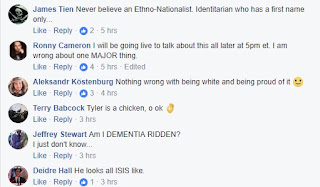 In any case as I mentioned this is only one of two posts in which Cameron attacked people he decided were cowards because they didn't want to "debate" him which, based on my observations, consists of Cameron mostly trotting out tired cliches, yelling at people, and then acting smug about his intellectual superiority.

That article will be posted tomorrow.
Posted by Kurt Phillips at 20:40