The first is former Canadian Nazi Party Leader John Beattie. John is particularly confident in Trump's ascendancy to the most powerful office in the world: 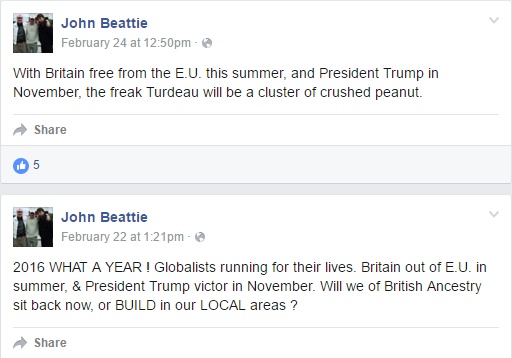 And who could blame him with soaring rhetoric such as this:

But what Beattie does not like is the prospect of Americans fleeing the country to come to Canada in the event of a Trump victory:

We suspect that Beattie has a very different understanding of the meaning of pride in one's life and accomplishments than does most of society. 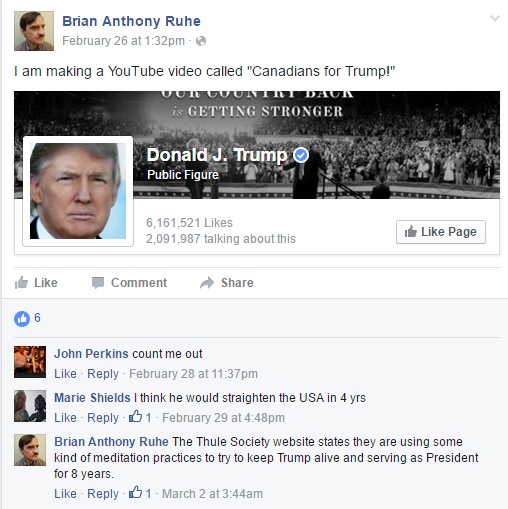 We should hasten to note that the most interesting part of the video is when he indicated he is a literal card carrying member of the Conservative Party....

.... a fact that no doubt will not sit well with decent members of the former governing party:

If there are any Conservative Party members who read this blog, you might want to consider letting the party bosses know about Ruhe's membership. We're betting that they won't be pleased.

But as for Ruhe's claim regarding Trump's honesty, well....

Finally, one of the kookiest fellas we've covered here on the blog, Ron Banerjee: 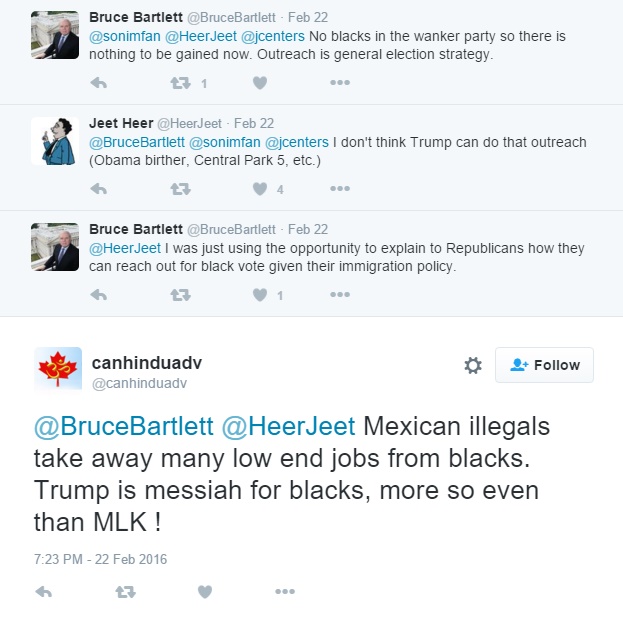 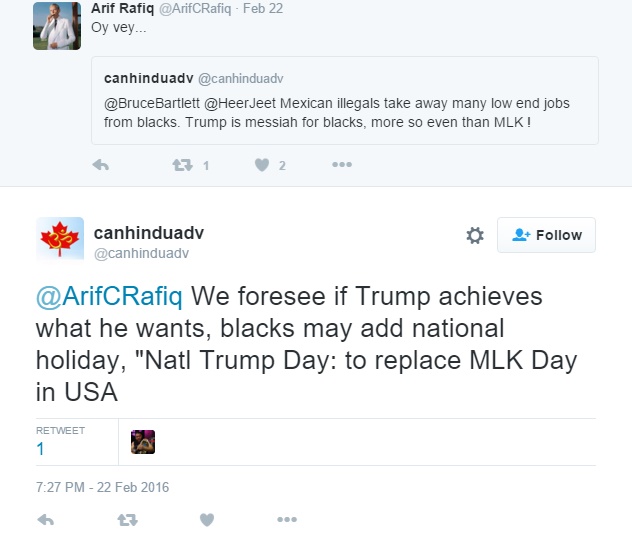 Banerjee's Trump endorsement (which is worth slightly less than a bucket of warm spit) is presumably based on Trump's pronouncement that he would deport Syrian refugees already in the United States and impose a ban on Muslim immigration. 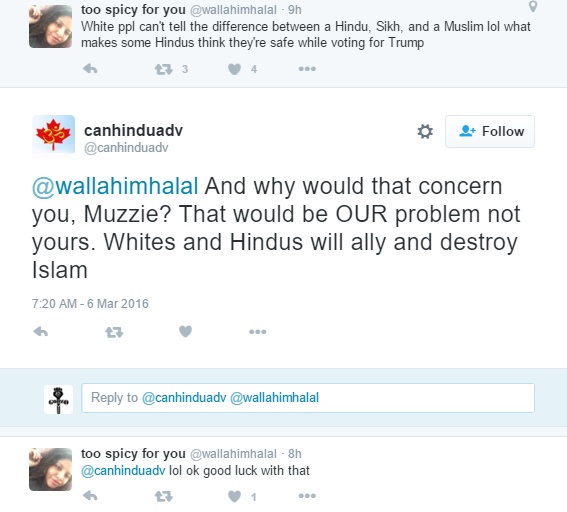 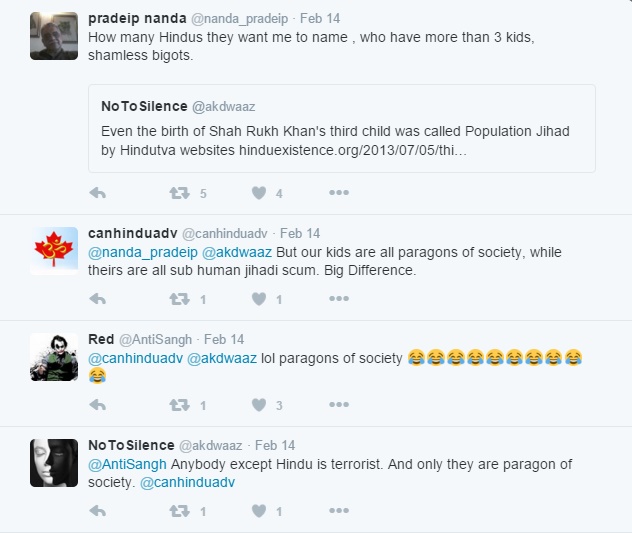 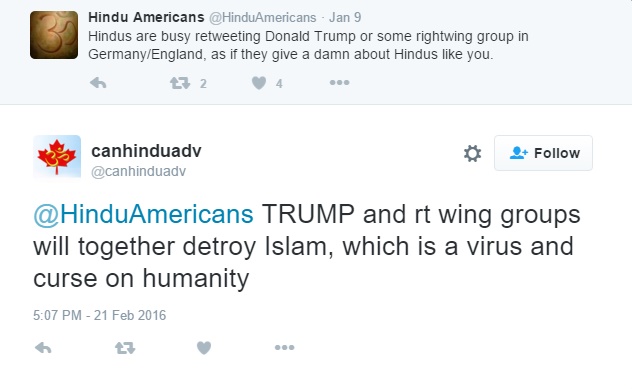 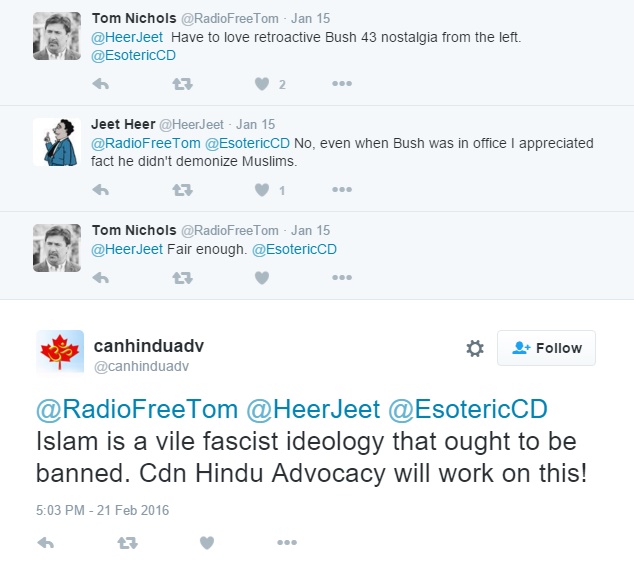 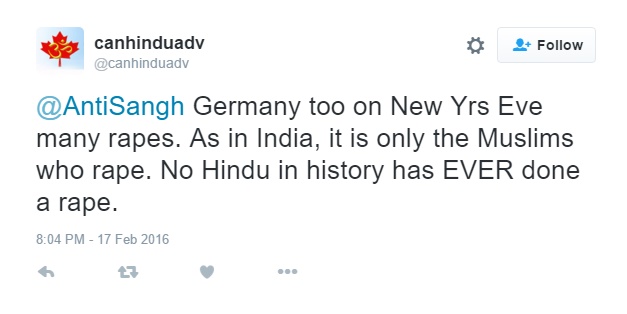 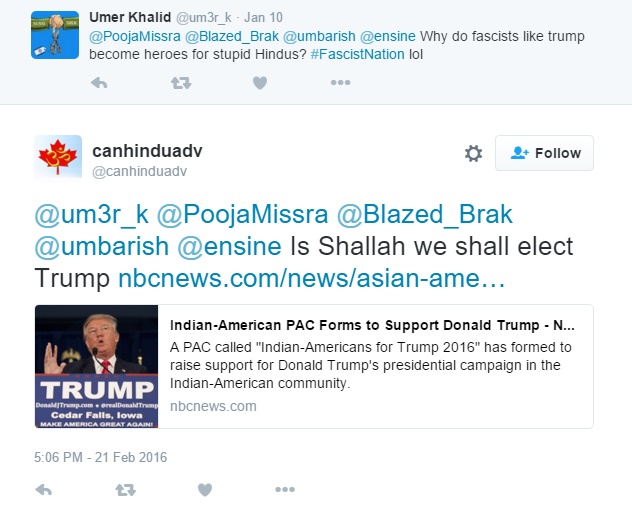 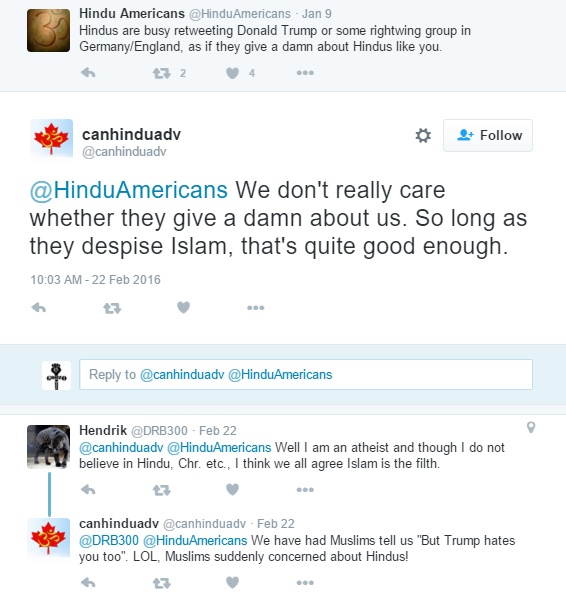 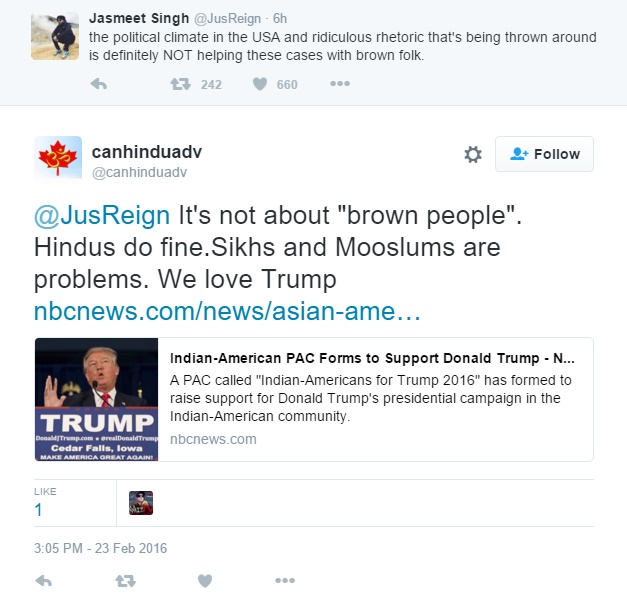 Oh, don't think that Banerjee has forgotten about his irrational hatred of Sikhs: 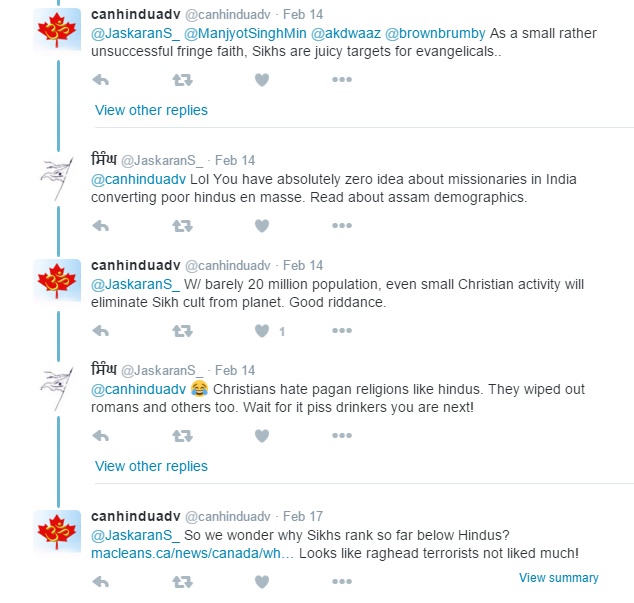 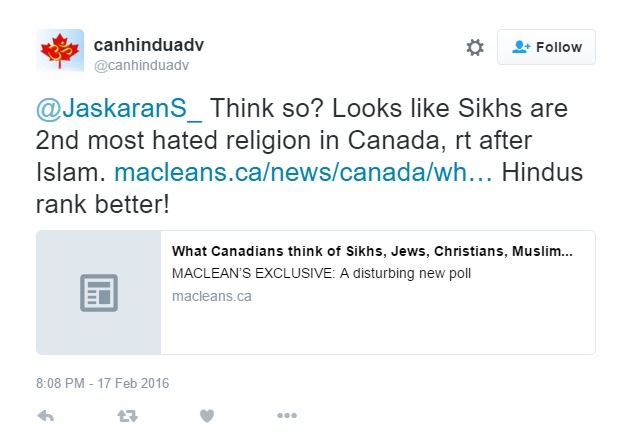 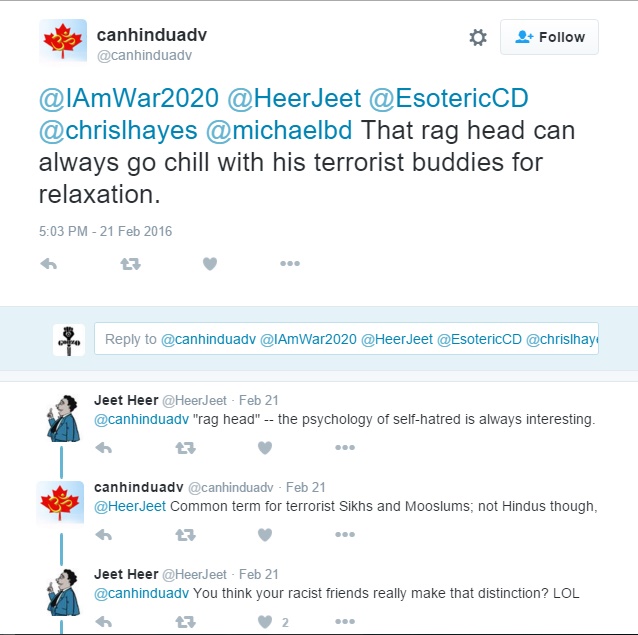 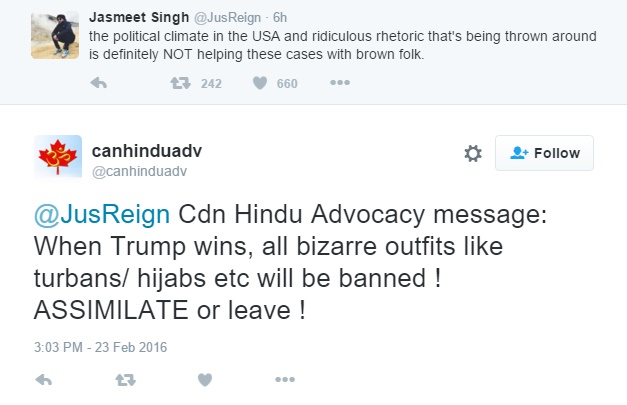 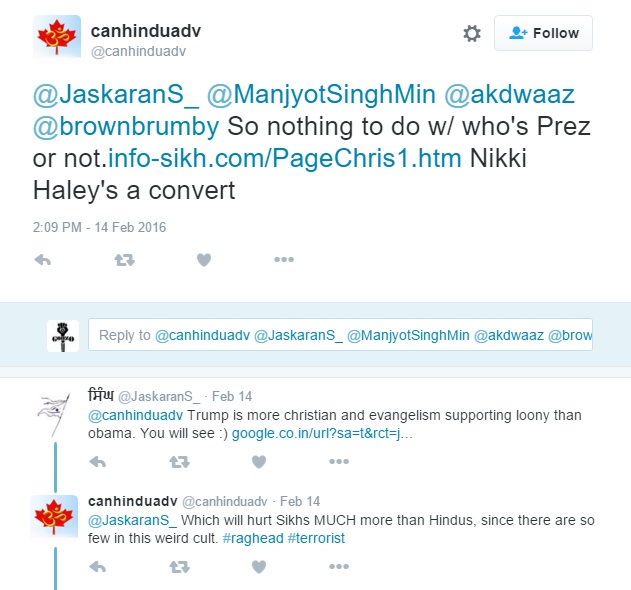 The last screen shot is actually fairly interesting. He references South Carolina governor Nikki Haley who has endorsed Marco Rubio and has spoken out against Trump. Ms. Haley was born to a Sikh family but who converted to Christianity. One would think that in Banerjee's warped mind, this would be a plus.

He's now expanded his hatred to also include Christians: 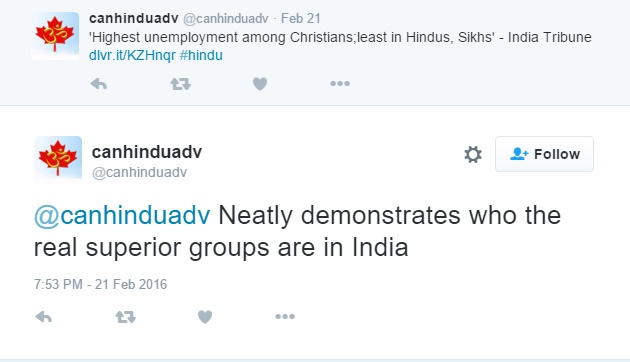 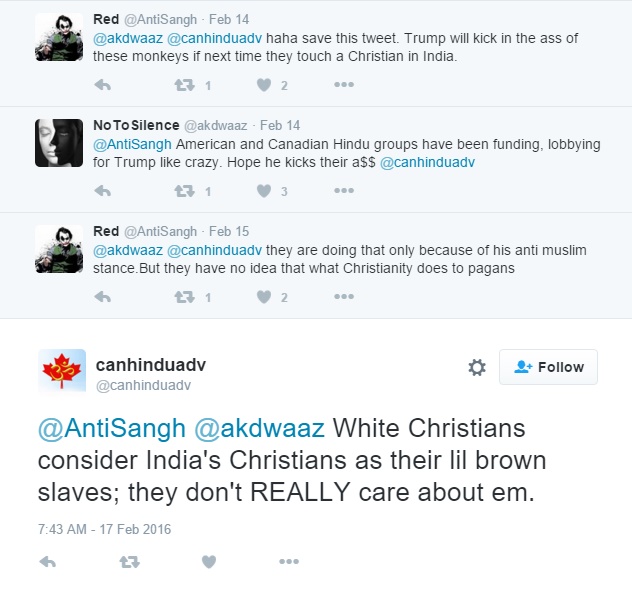 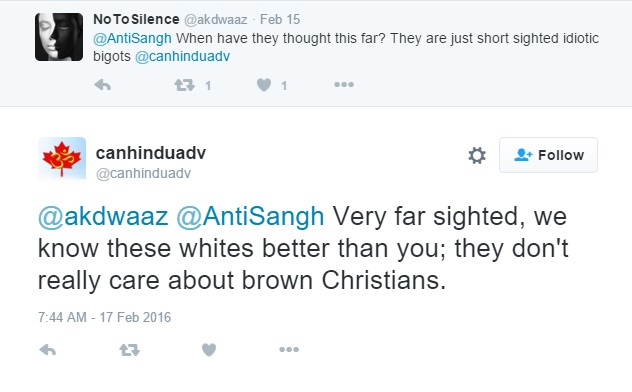 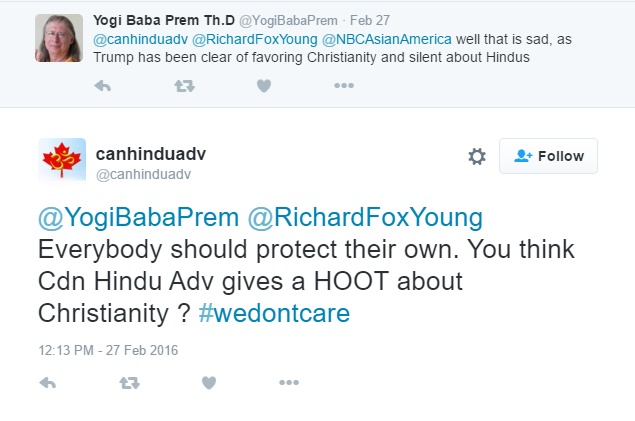 Considering Banerjee has, in the not so recent past, attempted ingratiate himself to white, conservative, Christians who share his feelings about Islam, we have to wonder if perhaps he's feeling a bit rejected and lashing out.

Then again, he has always been a proponent of Hindutva which is a fascist ideology: 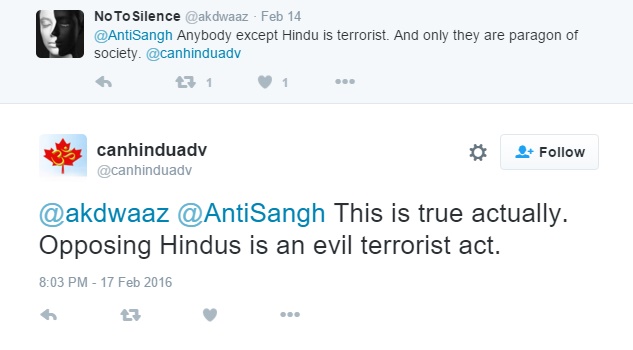 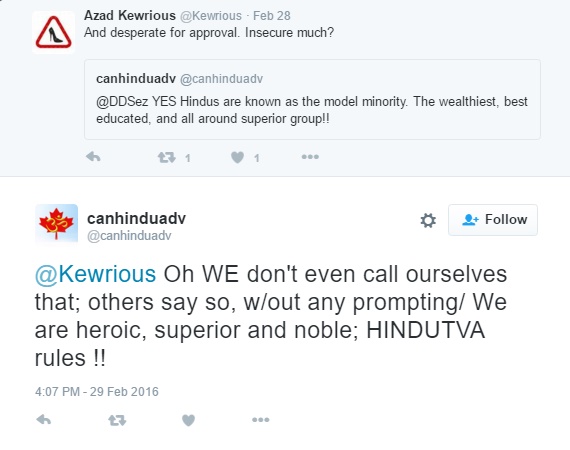 Regarding Trump's religious beliefs, Banerjee isn't convinced, though he has absolutely no problem with Trump lying about religious convictions: 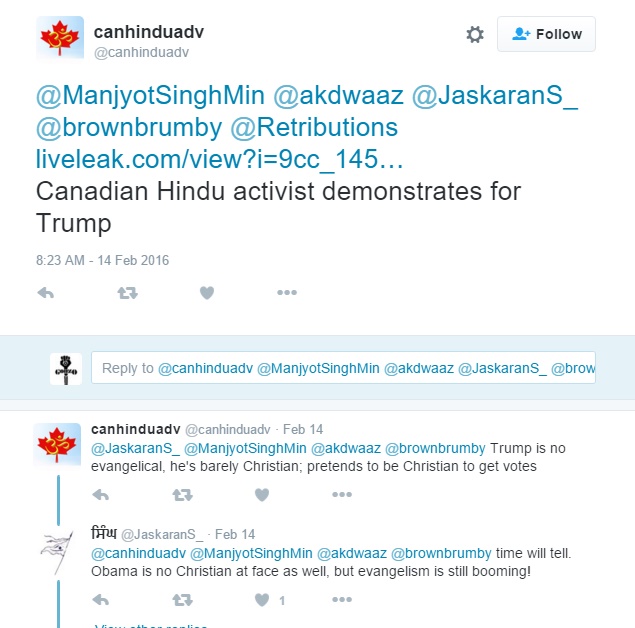 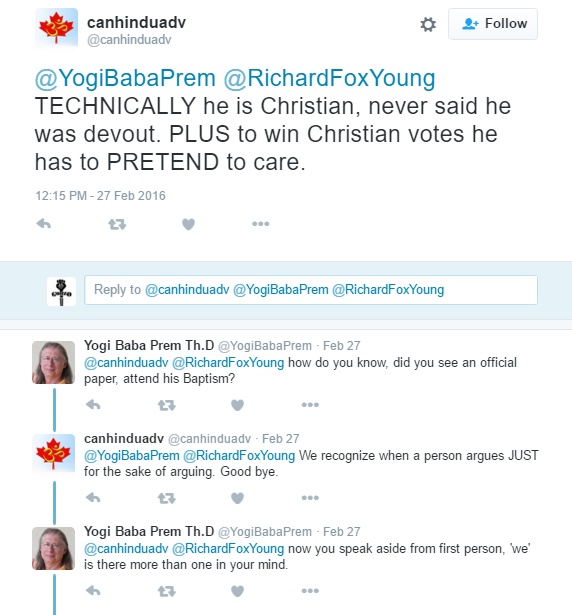 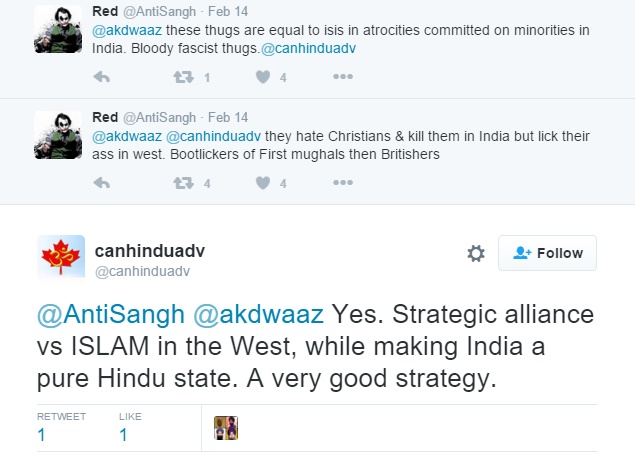 Though this isn't to say that Banerjee wouldn't welcome Trump (just as he made the same offer to Rob Ford) should Trump decide to convert: 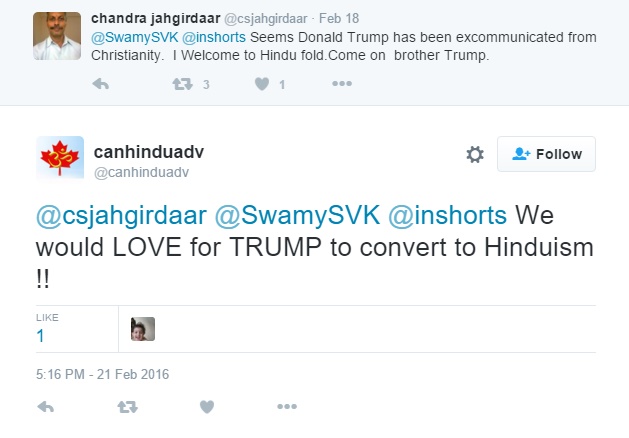 We wonder when Banerjee, who has in the past proudly trumpeted his connection to Meir Weinstein's JDL, will express his true feelings about Jews? And we wonder what Meir will be so willing to continue defending him?
Posted by Nosferatu200 at 16:52