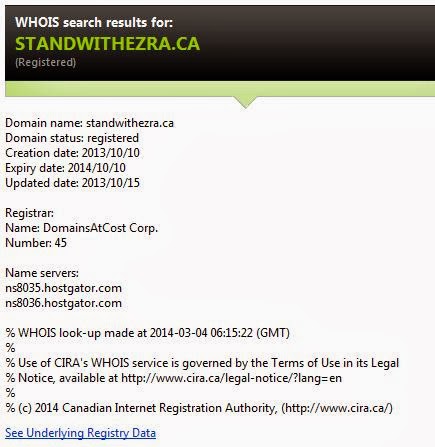 Admittedly, there isn't much here that tells us much of anything, but knowing that there might very well be a number of domain names purchased by the creator of the website, we continued digging. Sure enough, we learned that www.standwithezra.com will redirect to www.standwithezra.ca. And when we checked the .com site through WHOIS, we found that both sites were created on 2013/10/10 and expired on 2014/10/10.

But that's not the most interesting thing we found:

For those who have trouble reading this, we offer these screen shots: 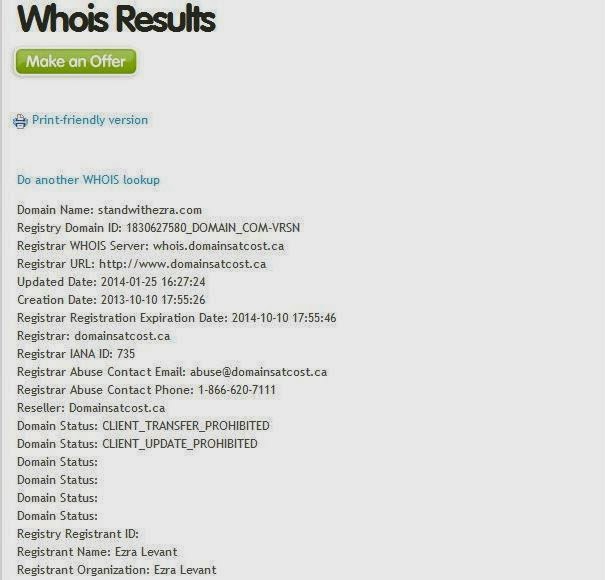 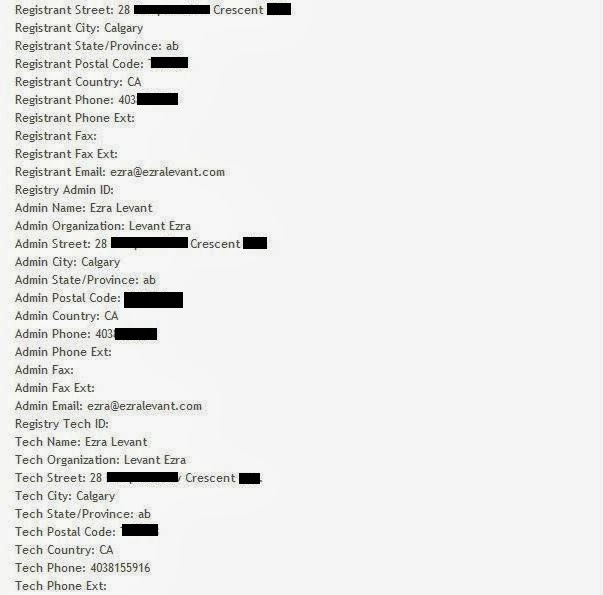 We suppose it might be a coincidence that the two websites were created on the same day and that the .com redirects to the .ca website. And we suppose it could be possible that the .ca site is, indeed, a grassroots effort to help Levant in his legal efforts.

But it sort of a stretch of one's credulity, don't you think?

The kicker? The address Levant provides is that of his father's residence in Calgary.

But to those who support Levant please don't be worried. Unlike Ezra who seems to have no compunction about doing so to his political adversaries, we won't provide his parent's home address.