As we thought, video surveillance evidence is playing a significant role in the murder trial of Robert Reitmeier, co-founder of the white supremacist group Western European Bloodlines (W.E.B) which was itself an off-shoot to the Aryan Guard. Despite the defence's efforts to have the video evidence declared inadmissible, the jury was shown videos of Reitmeier and Tyler Sturrup buying beer in the same min-mall as the store Mark Mariani had entered.

But of significant note is this revelation:

Another series of clips showed three people — two males and a female — entering and leaving a nearby liquor store.

We had heard rumors after the arrests of Reitmeier and Sturrup that there might have been a third person who might have had some involvement, though it was never clear what that involvement might have been. We had assumed that it was another male member of W.E.B and based on a comment left on the blog suspected it might have been a member who picked up and moved to Saskatchewan. We were clearly incorrect in that assumption: 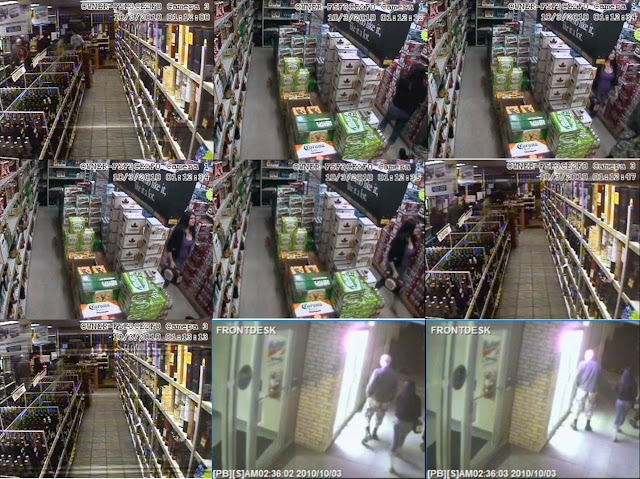 Though we initially concluded she may have been another person known to us, we've been led to understand that the woman in the video may be Reitmeier's mother.

So while it looks like the evidence of Robert Reitmeier's involvement in the murder is becoming increasingly clear, we do now have a lot of questions.
Posted by Nosferatu200 at 15:24