Ever hear of the Renaissance Party of North America? No? Not a surprise. It's yet another fringe white supremacist group with intellectual pretensions. The following are excerpts from their mission statement:

We do not call for the overthrow of the American and Canadian governments. We do call for the perception and recognition of the innate and entropic collapse of these states. We encounter an inverted and fractured Manifest Destiny. Globalization is dead; it has encountered the maximum perimeter of energy utilization. The collateral of cheap and abundant energy resources to kick-start the Globalist economy is no longer. We enter an historical era of socio-economic collapse, implosion, fragmentation and devolution. Ethno-racial demographics will be called upon to identify, carve out and, preferably to negotiate, new homelands and polities. If one drop of blood can be spared, the effort at negotiated geographical re-inventions is justified.
....
We call for an abrupt end to Globalist-endorsed mass immigration from non-Occidental countries to North America with the quest for cheap labour, the offsetting of the White European birth rate, and the political displacement of the White European demographic. We are in full and unconditional solidarity with our White European brothers and sisters to halt and reverse the Islamization of the European Continent and Great Britain. We endorse unconditionally on our shores the elimination of the anti-Occidental, state-sanctioned and traitorous ideologies of institutionalized, legally enshrined and enforced Political Correctness, Multiculturalism and Feminism.
....
We acknowledge as true that history is not linear, that it is cyclical.

We own unconditionally the spiritual and moral responsibilities that are bestowed upon a Warrior-Amazon political elite to assertively, yet humbly, agitate and educate with clarity, integrity and common sense. We offer a new perception of social, cultural and economic phenomena. This is a great challenge and an even greater calling. At all times, each RV member should take into consideration: I am responsible.

Yeah. They sound like they would be fun guests at a party.

In any case, the leadership of the Renaissance Party of North America decided yesterday they would make themselves known as a force in Canadian politics by staging a massive protest outside the South African consulate in Toronto while referring to their event as "Occupy South African Embassies." One might wonder why then they did not protest at the actual embassy in Ottawa given the name they chose for it, but who are we to judge? They created a Facebook group to promote the event and invited hundreds of people: 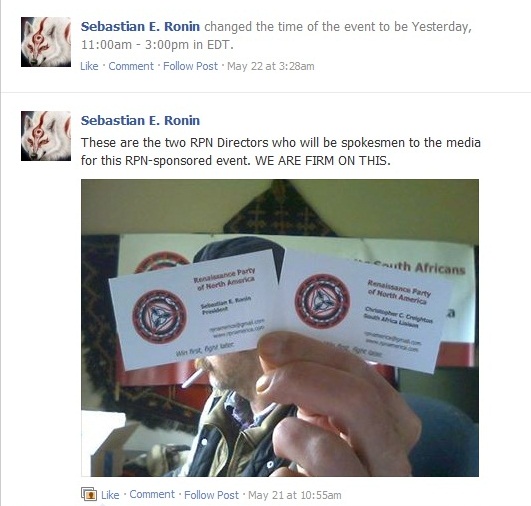 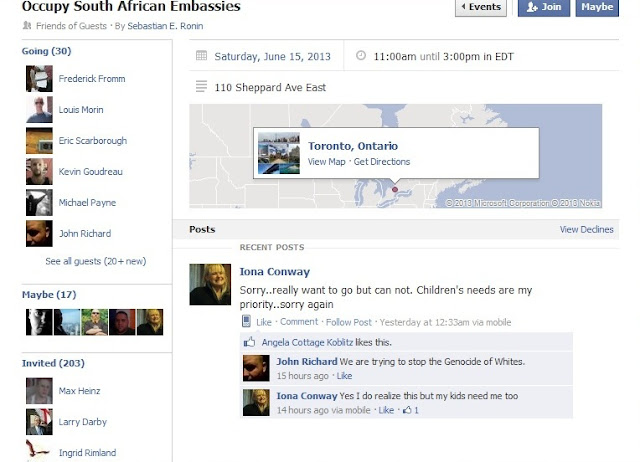 So 30 people who were going and 17 who might be going, plus over 200 invites who hadn't decided one way or another. We also noticed a few old familiar faces. We see the Goudreau, Louis Morin, Paulie, Mike "puddles" Gaio, Eric "The Hills Have Eyes" Sheridan, Max Hynes and Ingrid Rimland. And we see that John Marleau, who has been off our radar for a year or so, acting a bit huffy that someone wouldn't be attending such an important event.

But hey, not a big deal. One person won't be there but there would be dozens, if not hundreds, showing up anyways. Right? 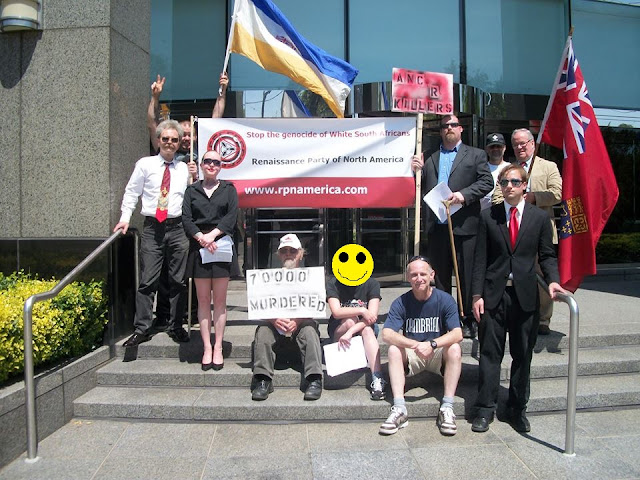 Yep, this is it. Well, we suppose we could count whoever took the photo, but we suspect there's a strong chance they just asked someone walking by it that person could take the group photo.

That's right. It is upside down. One would think they would have at least gotten that part right.

So who are the few that did attend?


Sebastian E. Ronin from Halifax. President (and we presume founder) of the Renaissance Party of North America, competitive mustache grower, and suspenders aficionado. 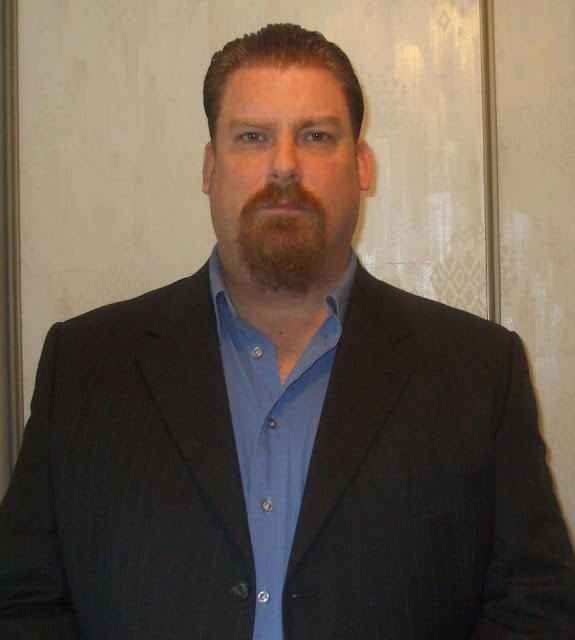 
Paulie, of course, wouldn't fail to miss such an event. We have to assume that there was a free meal involved.


The handsome fella holding the old South African flag upside down is Jimmy Lyle from Guelph. Looking into his eyes, one can almost see the tumbleweeds blowing from one ear to the other. 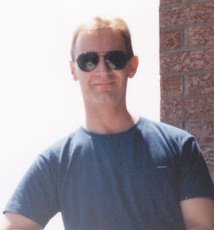 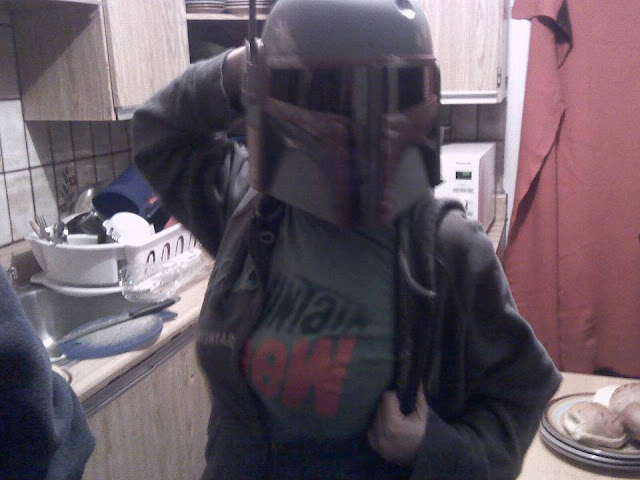 And here is the "Nazi Mom" who was originally from Manitoba and now living in Montreal. When she lost her children to Child Services after her return from attending the Aryan Guard march in Calgary back in 2008, she claimed she would never rest until her children were returned to her. We can only assume she meant this in the same way that O.J. Simpson meant he wouldn't rest until he found the real killers.


The guy in the ill fitting suit goes by the name Maz Macro on Facebook and claims to be from East Lansing, Michigan.


And where Paulie goes, Michelle Erstikaitis seems to follow lately. Michelle claims to be Paulie's new CAFE assistant. By the way, Sheri Zuker? Who you trying to fool? ;)

Doesn't this become embarrassing after a while, even for you people? For people who often chant, "White Pride" is seems the "pride" part is lacking.
Posted by Nosferatu200 at 15:59

So the issue they brought up doesn't concern you at all? What kind of anti-racist are you?

Thanks for the plug, although there isn't much we can do for your panties being in such a knot. Is the terrorist who likes to sing "Kill the Boer", Nelson Mandela, dead yet? Globalist pooches, i.e. you, are so easy.

"We are trying to stop the Genocide of Whites."

"Yes I do realize this but my kids need me too."

Awww, racists are people, too.

Drop me your email in reply to this comment, and I will give you real information on these people.

fuch you cunts those bastards are singing songs about kill the boar and you suport genoside.

Why are racists such incoherent idiots?

We flew the old SA flag "upside down" for a reason. You guys are not as clever as you think you are.

Yes, yes, flying the flag upside down is a sign of distress.

At least for the American flag.

We realize that given the power of the American entertainment industry and media that a lot of people assume what is true in that country is true in all other countries. Such is not the case. While true in some other countries, flying a flag side down is disrespectful and considered to be a form of desecration.

However, it might interest you to know that flying the South African flag does actually have a special meaning.

Flying the South African flag upside down is the sign for surrender.

Note sure that was the intent you folks were going for though.