Something we've noted over the course of this blog's history is the increasing tendency of Paul Fromm (whom we lovingly refer to as Paulie) to move away from the, "genteel bigotry" he had been noted for advocating publicly in the past. He would couch his racism in euphemisms such as immigration reform and free speech advocate. Increasingly over the years his racist positions have manifested as more extreme and vulgar. This can be illustrated by some of his more recent posts on Facebook, from what tickles his funny bone.... 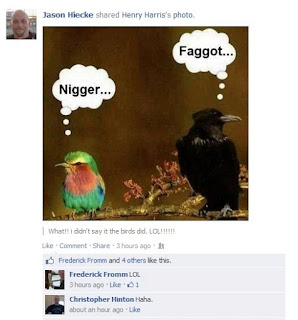 .... to what he passes off as political commentary.

The concrete result of his more vulgar and extremist views (not that he didn't always have these views in the first place) is how he has embraced groups and individuals who have never hidden their hatred behind euphemisms. Recently we discussed Paulie's relationship with Tom Robb (Klan leader) and Billy Roper (leader of the now defunct White Resistance) but when looking at Canada the most obvious example of this is how he has embraced boneheads: 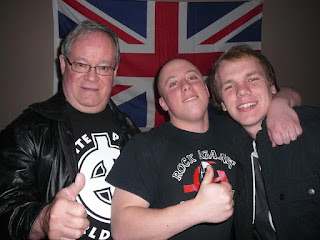 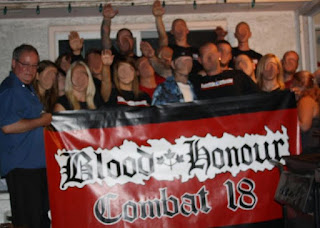 So it's not all that surprising that Paulie is tickled pink that Kyle McKee was released after a plea agreement resulted in his release from jail. He posted the following revisionist history concerning the events leading up to and including McKee's sentence which we edited for length (we removed excerpts from news articles also included):


Well, this last screen shot requires a bit of commentary. The assault charges were dropped after McKee agreed to a plea deal. We can only speculate as to the reasons for this, but we do find it interesting that Paulie glosses over the weapons violation since he earned the prohibition in part as a result of using weapons in the commission of some of the crimes he has been convicted of.

Paulie's claim regarding the case against Miller and Badrock may or may not be true, but the claim that the three boneheads are the victims in this case, on the surface, flies in the face of the facts that Paulie surely knows about.

But then he's okay with pushing the, "whites are victims of the Jews" screed as evidenced by the comments left after his post:

.
The mayor of Edmonton is Jewish and although he would have nothing to do with a case involving an assault it sure doesn't hurt Paulie if he is seen as agreeing with the individual assigning blame: 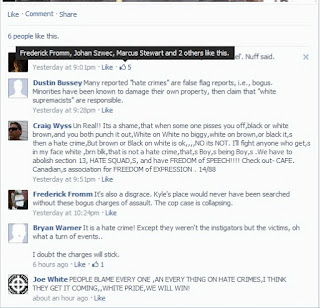 But while he was able to celebrate the release of a bonehead who has been convicted of multiple weapons charges, fleeing police, uttering threats, and assault, two other events ruined Paulie's good mood. First, and something we will be addressing soon, regards the Topham case. The second involves the recent arrest of Brad Love in Fort McMurray: 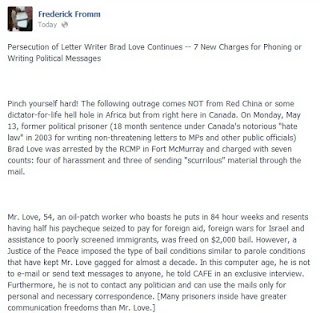 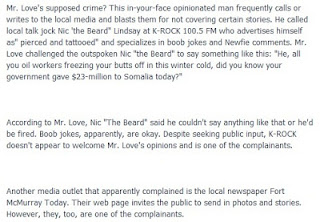 So while we were disappointed by the McKee decision, we at least hold out some hope that Love will be brought to heel, if at least temporarily.

This one time I worked at a warehouse in Calgary and we were short staffed. We called in some support staff from a partner warehouse, and one of them was this young skinny skinhead. After a few hours of seeing him walk by in his boots, I decided I'd ask him his politics. "You a traditional skinhead?" and he responded "No. I'm a national socialist." and he put his nose in the air and walked away.
I tried not to lose my temper, as it was my job and I did not want to jeopardize my position. However, the more he walked by me, the higher his nose got. By the end of the shift I couldn't stand his lack of intelligence, and nose in the air pride, any longer. So at the end of my shift I could not hold off any longer, I grabbed him by the collar, spat on my hand, and open palm slapped him accross his face, told him that his ideals aren't welcome in the modern world, that he is an enemy of human progres, and that he better not show his face around my work again. He teared up, and stuttered a bunch while saying "w-w-w-whats your problem" and my bosses pulled me away from him. This was Kyle McKee, before he had hit the papers. Once I started reading about him in the papers I have been hoping to run into him again. I cannot wait to give him another spanking.