A short intermission in our Christie series.

On September 5, 2012, Sun News' Ezra Levant painted the entire Roma people as parasitic criminals on "The Source." Not surprisingly, the Roma community in Canada and internationally, a people who know what can result from such dehumanization based on past experience, took issue with Levant's characterization of the Roma people (we suggest most people, left, right, and center, would take issue with Levant's claims as well).

Well, today in a surprise move which we are sure has NOTHING at all to do with the efforts of Sun News to convince the CRTC to give the "news" network mandatory carriage (that would be cynical, after all) Levant has apologized... sort of... for the offence caused by his statements.

We aren't going to parse his statement, however we can't help but be drawn to one claim he makes about himself:


I am an anti-racism activist.

Huh? Wait. We couldn't have read that right. We'll go back and check that out again.


I am an anti-racism activist.

Yep. He said that. That sentence actually passed through his mouth and was said with a straight face... or at least as straight a face as Levant can make: 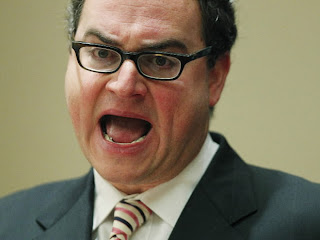 Mr. Levant, we have no illusions that you care all that much about us or our opinions, but we do want to make something crystal clear to you.

You are absolutely, positively, NOT an anti-racist activist in any way, shape, or form.
Posted by Kurt Phillips at 20:17

Well, at least he apologized. Even if insincere it's still something.

Is there going to be another anti-racism rally in Edmonton this year?

It really irks me how the Roma/Travellers are treated. If people actually do their research there are aspects of their society that are more moral than the mainstream society. How many people can say they take marriage as seriously as they do? how many can say that their kids were raised to remain virgins until marriage? just because they live separately from society doesn't mean that there is reason to distrust them. The sad part is that they, along with homosexuals, Jehovah Witnesses, and others, are the often forgotten victims of the Holocaust. It's 2013, give them a break already.