Our criticism about Free Dominion actually has never been that they continue to defend the rights of people like Marc Lemire. Our criticisms (besides their continual efforts to paint us as violent criminals of course) in fact are:

An example of that second point can be most clearly seen here.

EdS: My own view of left-wing protesters is quite aggressive: Bring riot police in on the second day with shields and batons. On the third day, use rubber bullets. Day five: live fire. Mow them down like the rabble scum they are. Day six: Peace, calm, and the sanitation department cleans up. Case Closed.

Edward Kennedy: Your perspectives on this are logical...a good way to treat those infected with the deadly cancer of lieberalism thta has been spread by msm whores, disorganized religion, follywood, and academia...

Kate Shaw: I think most places are handling the situation properly. (1) Film and record everything they do and say; show people first hand what total idiots they are -- and who they are. (2) Make them as uncomfortable as possible. (Why has nobody turned on the park sprinklers yet?) The one thing these brats cannot stand is discomfort; Comfort, in fact, is what they are marching for and demanding. (3) Give all the stupid suburbanites a chance to slink home before the Brute Squad descends. (4) Wait for really bad weather to further pare down the rabble, while preventing them from spreading outside their current location, that is keep them away from local businesses and residents. (While the Korean Grocers Association militia is not available in Canada, the business owners can hire unsmiling Bouncers with baseball bats; during the Great Blackout every gas station had these and order was kept). (5) When the group is pared down to only the homeless, squatters and people there solely to cause trouble, announce that everyone still there when Zero Hour arrives will be arrested and every bit of Stuff still on site will be burned; then send in the Brute Squad and swoop them up (allow them to run away if they choose to) and leavel the camp. Take everything you collect in the campground to a safe location, douse it with flammable liquid and set it on fire.

I guarantee the rest of these squats will disintegrate overnight.

And in response to criticism of these views: 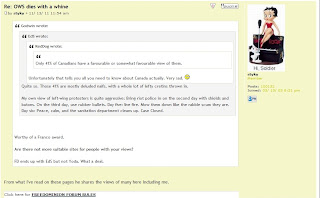 styky: From what I've read on these pages he shares the views of many here including me. Edward Kennedy: The truth is not palatable for many but Eds does indeed embrace and spread it. I support his views. EdS: Another of the sarcastically/ironically impaired heard from.
NB complains that I'm not conservative enough, you compare me to a dead fascist. I just can't win around here!

Yes, I am very hawkish about leftist riff-raff and scum, as are many on this board. If you think my views are extreme, then you haven't heard a lot of us discuss these things in private.

Bottom line - I have zero, none, nada, zip, zilch tolerance or patience for leftist scum, none. They are a blight on society, and should be suppressed vigorously. I'm sorry if that attitude is too fascist for you, but there you have it.
Now Mark and Connie haven't contributed so they may very well disagree with the sentiments found within this discussion. However, it seems that while many of the users on Free Dominion will defend this in the spirit of freedom of speech.... 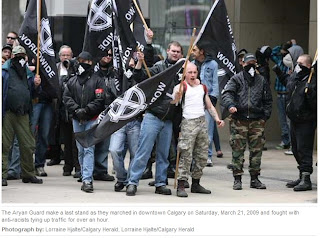 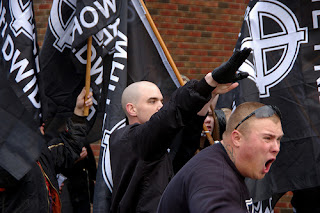 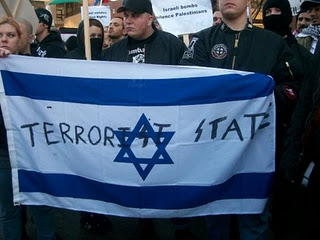 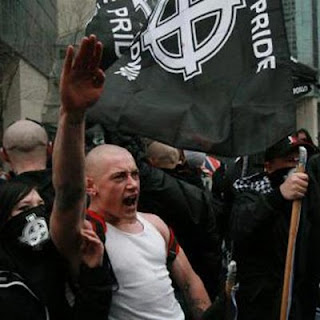 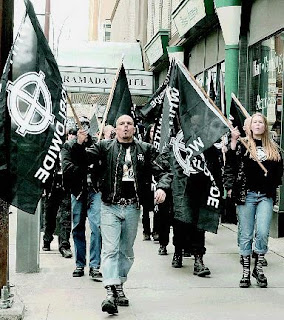 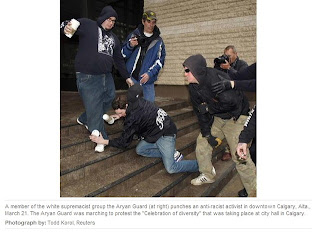 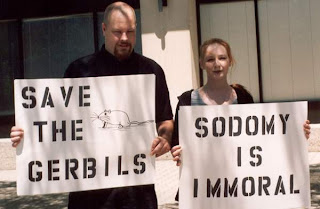 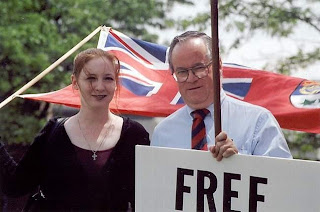 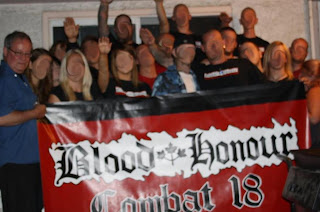 .... they would very much like this form of speech put down as violently as possible because of the terrible threat to peace, order and good government posed by grandmothers, toddlers, union workers, and university students. 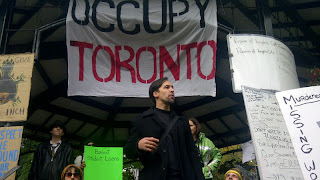 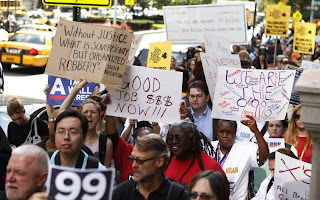 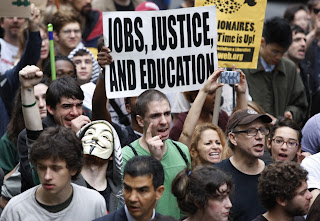 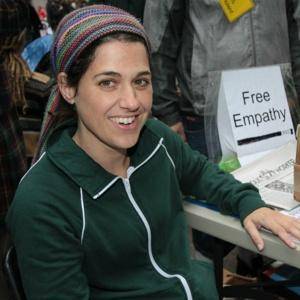 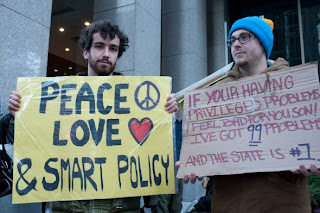 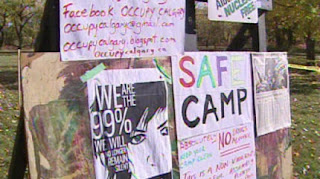 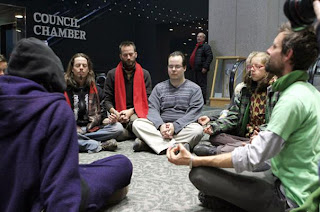 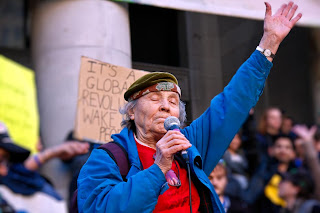 Sort of puts their version of a free speech crusade into perspective, doesn't it?

And just because we promised it (and we know that our two helper monkeys "Ogopogo" and "Maikeru" would be disappointed if we didn't include them after we had promised) the whitewash links we mentioned earlier.
UPDATE: The good Dr. Dawg provides his considerable wisdom concerning this situation as well.
Posted by Nosferatu200 at 15:46

Surely in context the Free Dominion posters are not against the free speech of the protests but the civil disobedience, camping in public places amounts to trespassing, but beyond that, the stated Marxist objectives of the occupy camps amount to a call for revolution and class warfare.

The fact that many Canadians don't want to encourage either revolution or class warfare should be taken as a repudiation of the left and not of free speech.

good work arc. Got love the far right-wing hate lies and more hate. And the picture of of Edward Kennedy with a face that says "CANADA I'm going to date rape you!"

Well Peter, why don't you ask what EdS means? He seems to have been quite specific that he feels that violence is the way to deal with people who's views he disagrees with, and Scrappy (er, I mean Kennedy) agrees suggesting this reaction is a reasonable method of eliminating the scourge of, "lieberalism."

Incidentally, Kennedy is really fond of the term fascism, though he seems very eager to employ fascist tactics. If we were to meet Mr. Kennedy, we would offer the words of that great philosopher Inigo Montoya: "You keep using that word. I do not think it means what you think it﻿ means. "

As for class warfare, when it appears that many, if not most, of the wealthy are willing to contribute to that shared sacrifice advocated for many on your side (though not practised it seems) it's a bit rich to claim this as an example of class warfare... unless of course you choose to level the same claim at the tea party folks who had similar complaints concerning the financial institutions.

FYI, I don't believe that any of the Collective are communists, though I don't expect you to believe that. You folks are quite fond of making up facts when reality doesn't conform to what you have chosen to believe. ;)