Back in early July, a bonehead from Calgary posted the following which took a swipe at Paulie and Terry Tremaine: 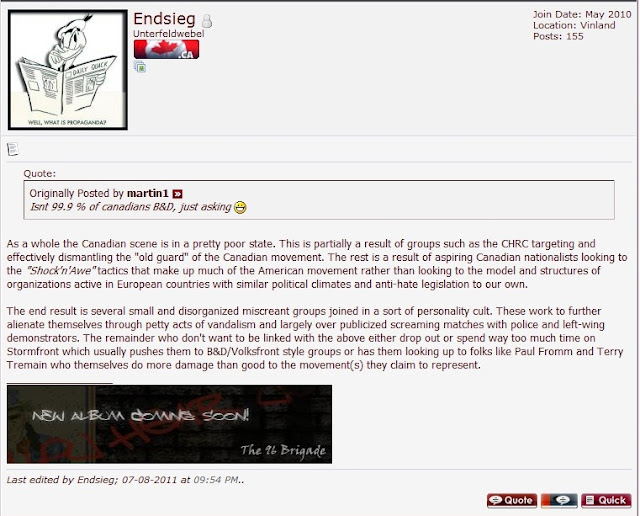 Another bonehead challenged "Endsieg's" characterization. What follows is a rather remarkable list of complaints which is surprisingly specific: 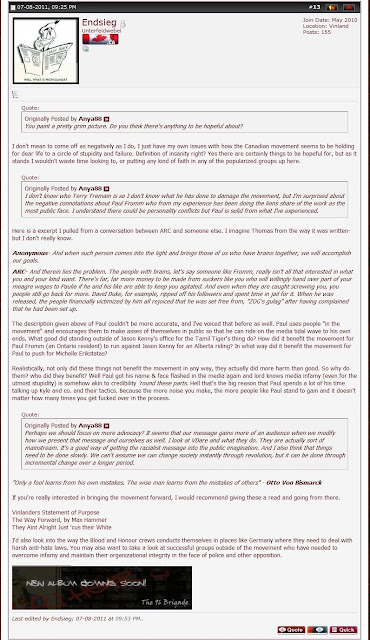 A second bonehead then chimes in to complain about Paulie's promotion of Paul Bernardo groupie Michelle Erstikaitis as a "White Nationalist" political prisoner:

Hmmm, he's really not going to like this picture then: 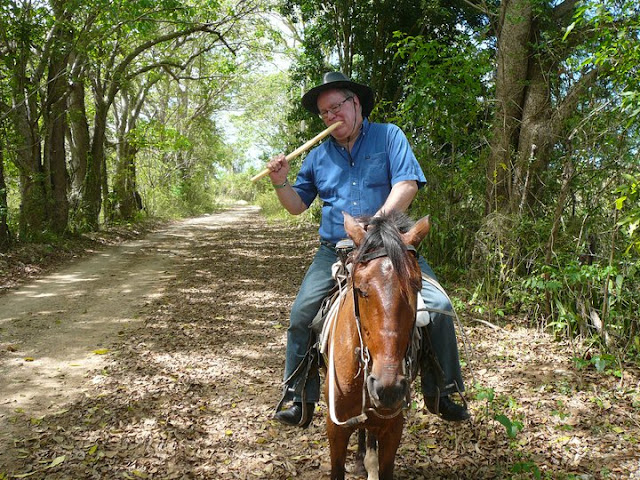 Again, when challenged, "serb1912" doubles down: 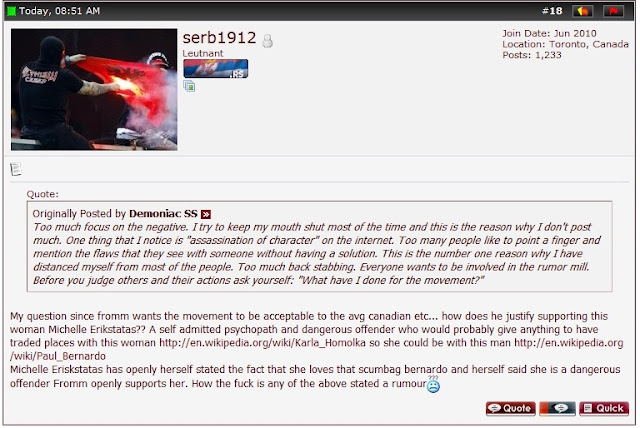 Oh, and not to throw gasoline on the fire, our bonehead readers might want to take a look at this too: 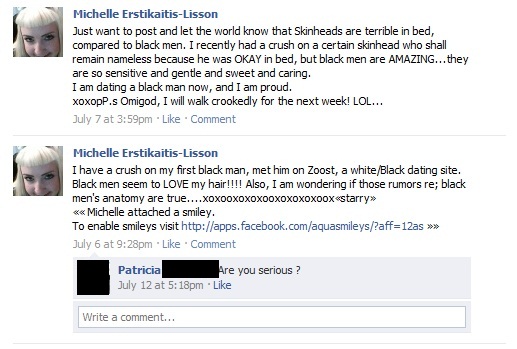 Funny that Paulie hasn't said much about her lately. Wonder why?

"Endsieg" and "serb1912" post more alleged misdeeds in addition to the Erstikaitis fiasco: 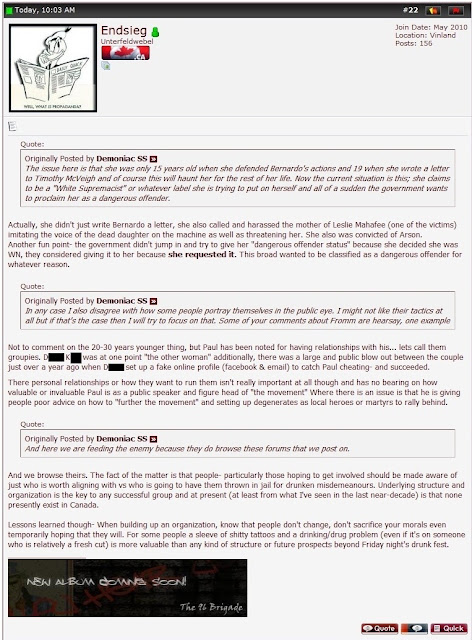 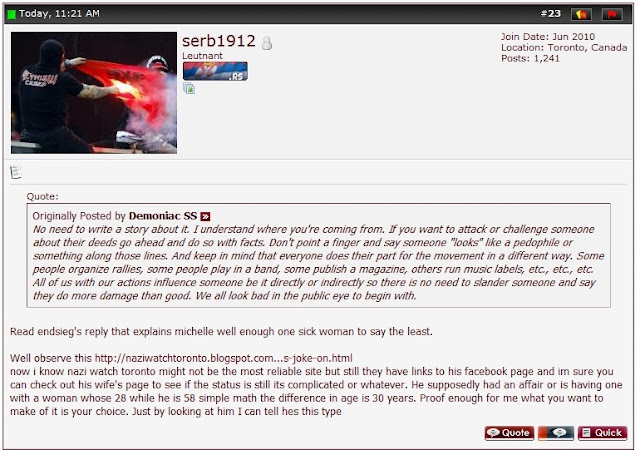 Now if this was found only on the Blood & Honour forums, it would be something that we would post and make jokes about. But it isn't only appearing on the Blood & Honour forums. Below is one of the responses to a post Paulie made on Stormfront concerning the, "offensive" Tim Horton's advertisement featuring two couples, one of which was mixed race:

He must be a reader and saw this picture: 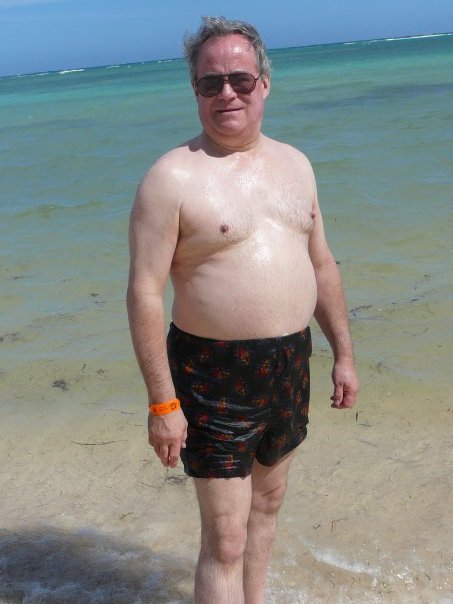 The bonehead who posed (we assume the rhetorical) question is answered:

Well, not JUST vacations. He might also take riding lessons, 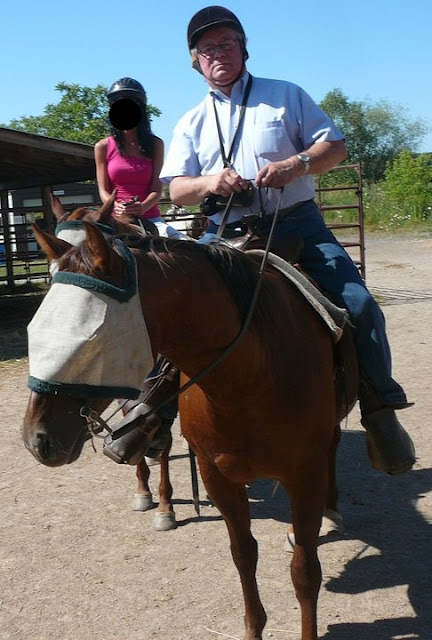 or, perhaps, indulging the red wine he says he enjoys so much: 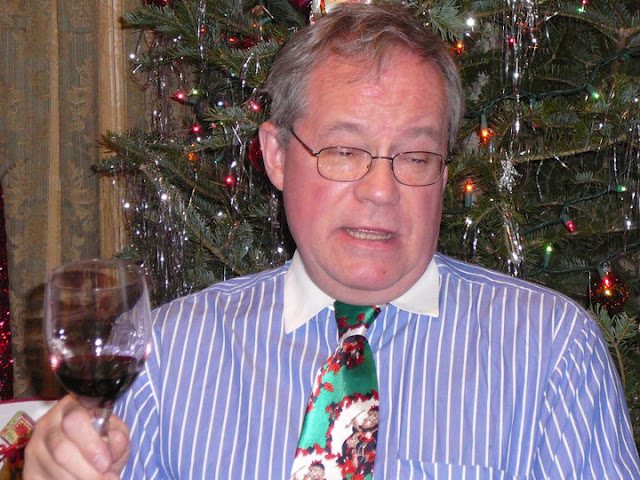 It is funny though, isn't it? Paulie often complains how it is only, "poor White people" who are targeted by the likes of Richard Warman. Paulie himself seems to be doing okay. We wonder how much he has personally contributed to the defence funds of those who's problems he frequently capitalizes on to build his own rep?

We wonder how many boneheads will be asking themselves this question as well?
Posted by Nosferatu200 at 16:51

Now this is a DAMN fine article. Mad props to ARC on this one!

Bit of a Freudian slip, perhaps?

Fixed. Thanks for the heads up.

Why the hell would that Michelle chick post stuff about her sex life on facebook... Probably just trying to piss off the movement or something.